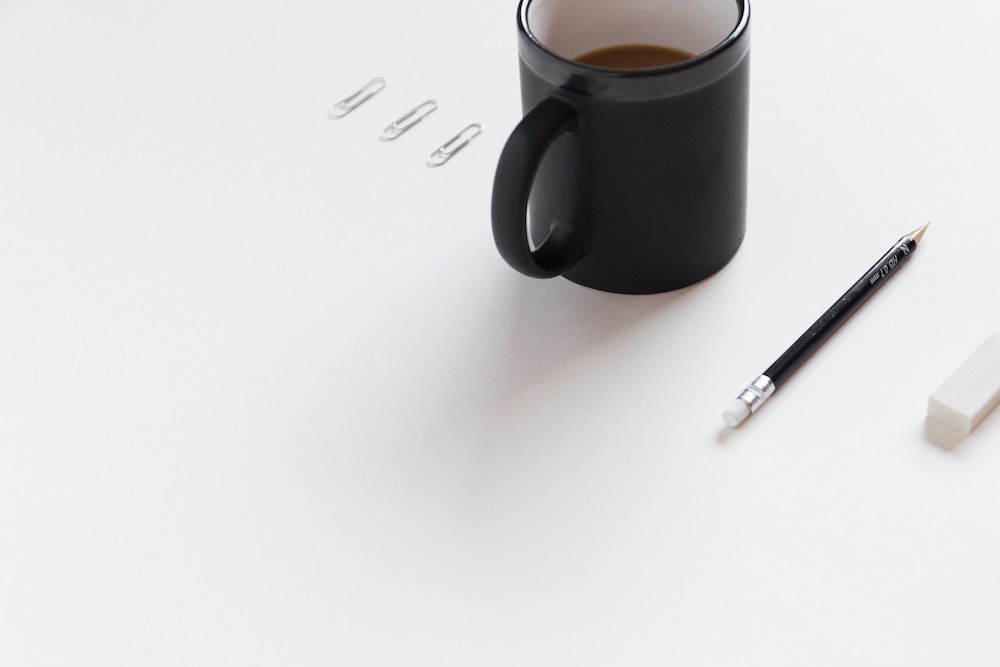 What companies to Gen Z and Millennials want to work for now? We asked, and found that the younger generations is more likely to be dreaming of joining this industry…

Have the career plans of the next generations shifted because of COVID-19? Our most recent survey of young consumers on their post-Corona lives found that 25% do say they will reevaluate their career plans after the crisis is over. But that doesn’t mean that the top places they want to work have shifted completely.

For years, we’ve been tracking the top companies that Gen Z and Millennials want to work for—and have noted that some of their dream employers show some of the differences between these generations. At the end of April, we once again asked 13-37-year-olds to tell us, “If you could work for any company in the world, what company would you most like to work for” to see if their ideal jobs have shifted because of the crisis. Overall, we found that their top dream employers have stayed consistent, with Google and Apple at the top of the list for both of these tech-reliant generations: 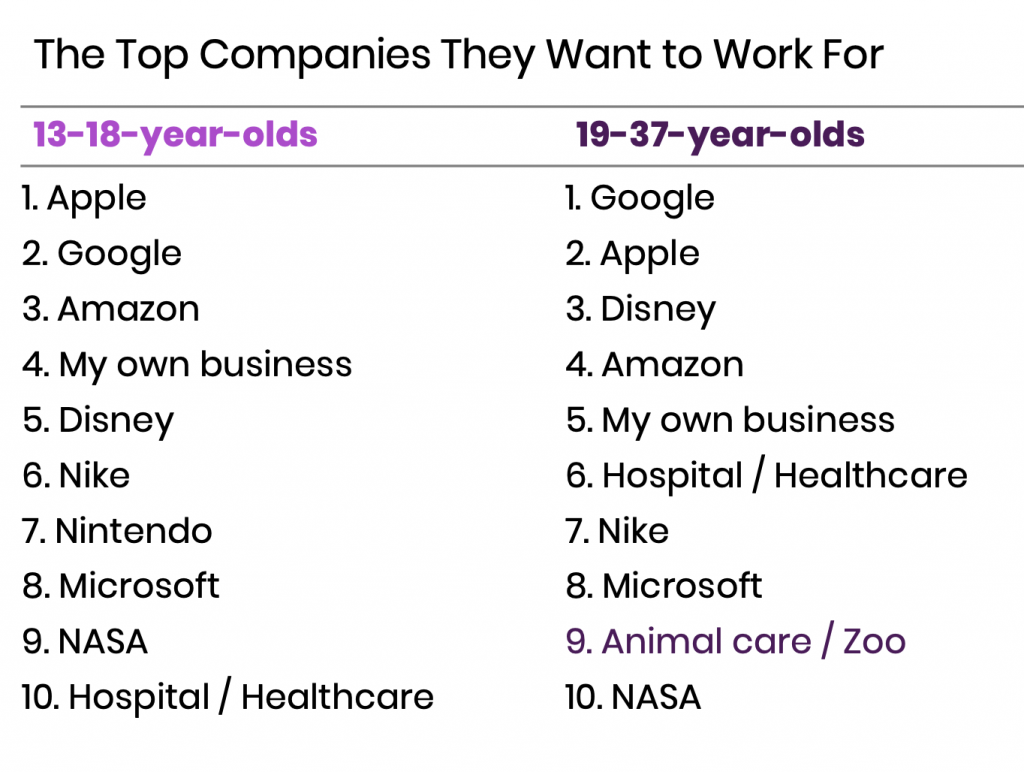 Compared to our data on this same question from 2019, there are some small shifts: YouTube and Tesla have dropped out of Gen Z’s top 10, and Facebook has dropped out of Millennials’ as just a few call outs. But their responses mostly stayed remarkably consistent with their pre-COVID dreams. Tech companies rule as the top dream employers for these generations—and in fact, the crisis may have strengthened this preference. Tech companies are of course thriving in a time when many industries are struggling.

But when we organize their top dream employers by industry, we can see that both Gen Z and Millennials are most likely to want to work in the industries that are finding success in a difficult time: 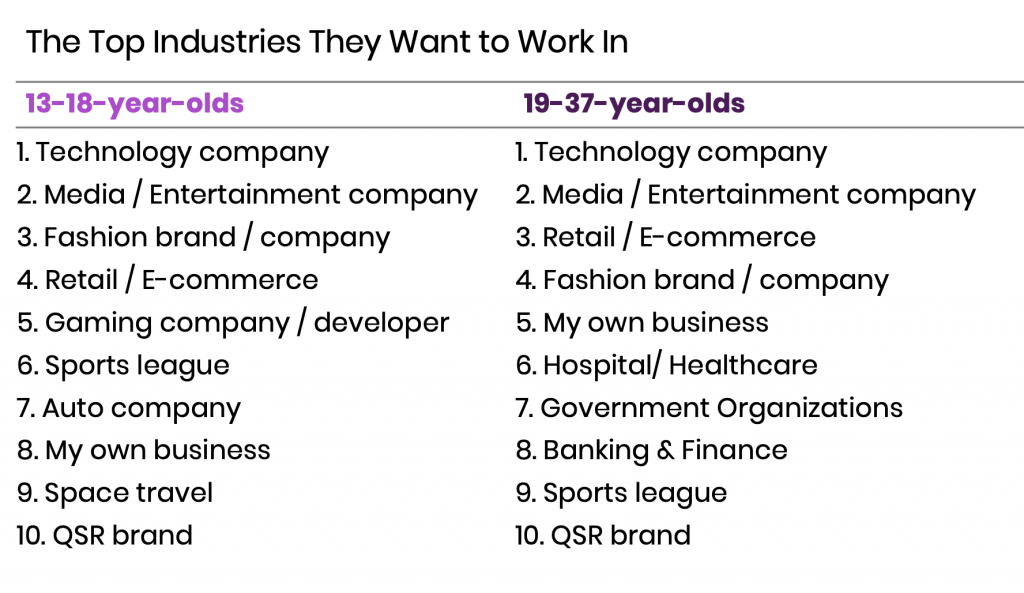 Technology companies are, of course, at the top of the list for both groups, and media/entertainment companies are second in both rankings as well. But there are differences between the two generations that appear here. For one, Gen Z was far more likely to name gaming brands and developers than Millennials, making it one of the top industries that the younger generation dreams of joining. While both generations have grown up gaming, Gen Z is far more likely to see it as a potential career, having witnessed the rise of pro-gaming, esports, and the mobile gaming explosion at young ages. They’re also more likely to be gaming regularly now: when we ask young consumers what they’re doing in their free time during quarantine 60% of Gen Z said video gaming, compared to 45% of Millennials.

But the things they like to do for fun aren’t the only drivers of their dream employer responses. When we ask young consumers why they want to work for these companies, many do site their passion for the brand or products as a reason that they want to work for the company they named, but many also spoke of benefits and pay. Even among those Gen Z respondents who want to work for a gaming brand, success and stability were mentioned—an indication that for these generations, dream jobs aren’t just about passions anymore.