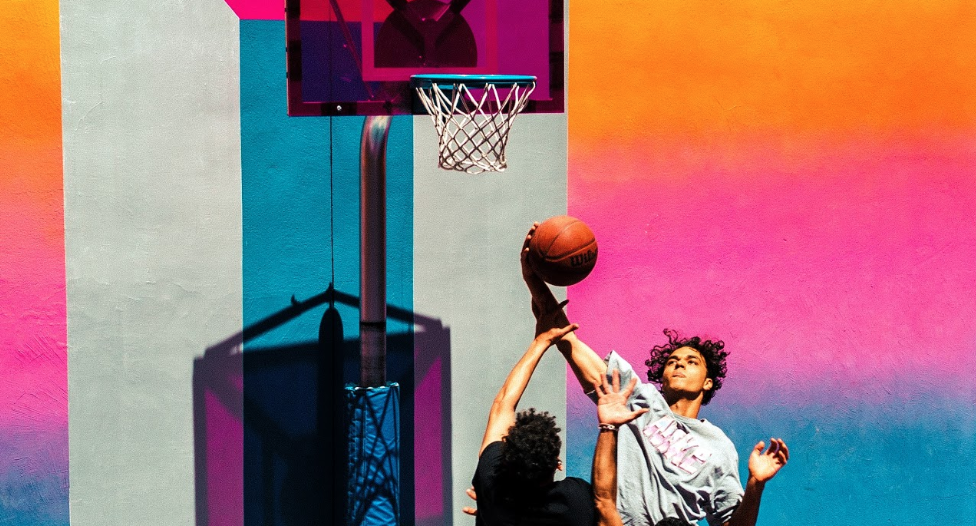 It’s no secret that Gen Z and Millennial sports fans are watching games differently. Interest in non-traditional sports content, combined with the emergence of sports media on social media platforms has caused many young consumers to leave traditional outlets behind. YPulse sports research shows that 70% of 13-to-37-year-olds agree: “I don’t need to watch sports games live to keep up with what’s going on.” YPulse data also shows that 13-37-year-olds who report watching the leagues and sports on live TV has declined from 86% in 2016 to 65% in 2019. 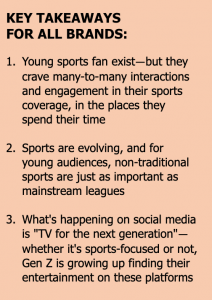 While traditional outlets like ESPN have been finding ways to maintain their viewership among young viewers by upping digital programs and bringing young personalities on board, fresher startups have also been vying for their attention. A slew of new media brands are racing to be Gen Z’s go-to sports outlet, and capture this elusive demographic where they’re actually spending their time: on social. Enter Wave, the sports media brand Forbes once reported is making a “play to overthrow ESPN and Bleacher Report.” In just two years, they’ve built viewership across 130 different channels across platforms like Instagram, Snapchat, Facebook, and TikTok and have amassed over 38 million followers. According to the company, they’ve now reached about 48 million followers. Wave’s founders say they saw a “once in a generation window to build a modern day sports media holding company”—and they could be creating the future of sports entertainment.

We spoke to Wave’s CEO Brian Verne about how young consumers are actually are changing the sports media landscape, and how they’ve built a massive following of Gen Z sports fans:

YPulse: How did Wave get started? 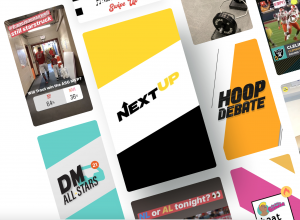 Brian Verne: When we started the business about two and a half years ago, it felt like there was this once in a generation window to build a modern day sports media holding company. It was based on a couple simple things that we were seeing and hearing in the market. Everyone was candidly saying—and you’re still hearing it—that “young fans don’t watch and talk about sports the way that we did” or that “fandom is decreasing with this next generation” and for us, that was the “Aha!” moment where we felt like that was just false and it was simply a byproduct of the fact that younger people are watching less and less television. The cord-cutter phenomenon is real, but in fact, fandom is really at an all-time high and engagement is just happening in different places—on core and emerging digital platforms like Instagram, Snapchat, TikTok, YouTube, Facebook, and half a dozen others. With all that in mind, it only made sense to develop digitally native brands across all different subsets of sports and fandom, and build them squarely for the places where people are spending their time and that’s ultimately what we went out and did. We own and operate dozens of sports focused brands and they’re built for the core and emerging digital platforms where young fans live to simply entertain them in the places where they spend their time.

YP: How have young consumers changed the sports media landscape?

BV: No matter what generation we’re talking about, sports is one of those categories that has and will always be an indispensable part of people’s lives. I wouldn’t even necessarily say that young consumers have changed the landscape so much. It’s more so that they’ve changed the places where they’re going to consume the content. But the passion, vigor, and interest in sports will always be there. For generations yet to come, it’ll be happening in different places than it is today.

YP: Forbes reported that your mission was to aim to “overthrow Bleacher Report and ESPN” and “redefine sports media.” How do you set yourself apart from other sports media organizations?

BV: I’m a big believer that we wouldn’t be here without Bleacher Report, ESPN or SportsCenter. There are other folks that help blaze the trail no matter what industry you’re in. But I think there’s a couple key differentiators. One is the breadth of coverage and how we really take in a house of brand approach versus a branded house, and I think historically in media, people think you need to build one singular, powerful brand. ESPN was the voice of my generation. It was our trusted source for all things sports and a transformative part of my life. What you have today is the perpetuation of the globalization of sports, and the reality that both non-traditional sports and traditional sports—and even esports now—are on an equal playing field to an extent in terms of level of engagement in people’s interests. It ties directly into our thesis that we should build many brands within the Wave umbrella. Think Proctor and Gamble, Coca-Cola or Ambev—imagine you’re going to a grocery store and you’re looking for soap, soda, or beer and go down that particular aisle, the reality is that those top companies own 60 to 70% of the brands that you see. We took a similar approach in building Wave, in which we went sport-by-sport and fandom-by-fandom, and each of our brands has its own unique identity and own area of focus that gives it personalization and optionality to the end consumer based on the motivation.

YP: Does traditional sports media need to change to appeal to the next generation?

BV: The reality is that today’s consumer is not on traditional, linear destinations like I was growing up, so I think that has to be something that is truly acknowledged. Another key component of that is by building your brand like we have, to be on the core and emerging digital platforms. Legacy sports media was rooted in one-to-many interactions meaning that you had a talking head on a television screen, and he or she was talking out to you. The platforms in which our brands live enable engagement and many-to-many interactions.

YP: What about leagues? What should they be doing to appeal to young viewers that they aren’t?

BV: I think you’re starting to see it. Certainly, a core part of our business is that we work with many dozens of leagues. We’re creating original derivative work, utilizing their I.P. and footage, and delivering the entertainment experience to our fans across our properties. We need to continue being open-minded and nimble and forward-thinking about where their content lives. I always caution people to not think that we’re reinventing the wheel. When you think back to SportsCenter, the most popular franchise in the history of sports is SportsCenter Top 10. It’s simply source footage, but it’s the top 10 plays of the day delivered to you at that time on your platform of choice. And as leagues are being more receptive to the fact that there are multiple screens today, and those screens are those core and emerging digital platforms, and you’re starting to see folks adapt to the consumers needs.

YP: What are some of your most popular brands? And what is it about these brands that resonates with young viewers? 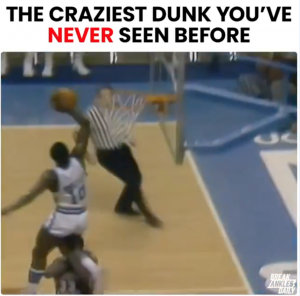 BV: Each brand for us has its own identity, own voice, and own kind of persona. A couple of my favorites are Break Ankles Daily. It is primarily an Instagram brand, but it has launched on Facebook and TikTok too. It’s a little bit more of an amateur basketball-focus with a slightly irreverent undertone, but quality 4-by-4 storytelling for basketball fans of this generation. There’s BenchMob, which launched at as a Snap Discover property and has since launched on Instagram, TikTok, and Facebook, and it is the best of amateur sports through the lens of the amateur athletes themselves. More recently, one of my favorites is The Pump, which is a Snapchat brand. It started out as a show in partnership with IMG and World’s Strongest Man. We’ve been able to take evergreen World’s Strongest Man footage and reimagine that into a new digital series—and engagement for that has been through the roof.

YP: What platforms are the most vital for reaching young sports viewers? Is there a platform you’re investing more in for 2020 than you did in the past?

BV: We will certainly continue to invest in growth in all platforms. TikTok has really emerged as a fan favorite in the last couple of quarters so I think if that stays the same, you’ll definitely see more growth and more resources dedicated to that platform. Even this quarter, we plan to develop and launch a YouTube strategy. Whatever that next big thing is and whenever that happens, you’ll see us find ways to move onto that platform, too.

YP: Based on your knowledge of the content that succeeds on your channels, what kinds of sports content are young viewers looking for?

BV: The beauty of this generation is it no longer just has to be the same ten narratives told by the same ten people like it used to be, or more specifically it doesn’t have to be in the mainstream sports. While we inherently cover those—and that content also does well—we’ve often times seen non-traditional sports, or categories like women sports, fitness, combat or even esports outperform our overall benchmarks in certain cases so I think the underlying theme here is: if it’s engaging, funny, fun and makes you happy, it’ll perform well. Sports entertainment is unscripted drama at the end of the day, and we’re just here to deliver our fans a great experience.

YP: What should brands know about Wave?

BV: Be mindful that what we’re doing and what our other contemporaries are doing is the equivalent of TV. This is the new TV for the next generation. For many years, TV was the fastest and most effective way to both build a brand, and for brands to get in front of an audience and now that we’re seeing this massive, paradigm shift of where young consumers are going. At the end of the day, this is entertainment for young people, and we try to position it as a really simple and tactile way for brands to then get involved and be a part of our programming.

This interview has been edited for length and clarity.