The Media Brands Racing to be Gen Z’s ESPN

Gen Z and Millennial sports fans are watching games differently, and wanting non-traditional sports content that’s leaving traditional media brands behind. YPulse’s sports research shows that 70% of 13-37-year-olds agree: “I don’t need to watch sports games live to keep up with what’s going on,” and YPulse data shows that 13-37-year-olds who report watching the leagues/sports that they follow on live TV has declined from 86% in 2016 to 65% in 2019. According to Ad Age, even the NBA—which has respectable ratings when compared to some other traditional sports—is struggling to hold on to their young viewers. Viewership among 18-34-year-olds is sliding, and the league’s partners, ESPN and TNT, have lost more than 25 million combined subscribers over the last eight years. As Kay Madati, the global VP and head of content partnership at Twitter told Variety, “Consumers aren’t just sitting in front of their televisions anymore.”

Their shift away from TV has changed what they want out of sports coverage. According to research from the “leading video management platform” for organizations like the MLB and EPL, Gen Z and Millennial sports fans want content “beyond live games,” creating a “generational shift” for leagues and teams. They report that four times as many of these young viewers watch non-game sports content than Boomers, and 78% are “dual screening” while watching live games. The opportunity to deliver content like funny videos, player stats, behind-the-scenes clips, and more is clear—and they’ve been finding that content on social media.

Traditional sports media brands are making big changes to meet them there. Tubefilter reports that ESPN is launching interactive Facebook Watch content to win over young sports fans, bringing segments from its shows to the platform in addition to several interactive new series. The NFL is getting on TikTok to reach teen football fans, starting an account in September to share behind the scenes footage and memes, and partnering with the platform to launch hashtag challenges and other campaigns to try to engage young viewers. These are necessary moves at this point, but they’re also following the game plan set by young media brands, who have already been racing for years to deliver sports content to young viewers online.

These brands vying to be Gen Z’s ESPN are unsurprisingly, not television channels. Instead, they started on social media, and now, they are growing into major forces in sports entertainment, with millions of followers. Many are growing beyond their roots, increasing their footprint across multiple channels. Here are three who have been called the future of sports coverage: 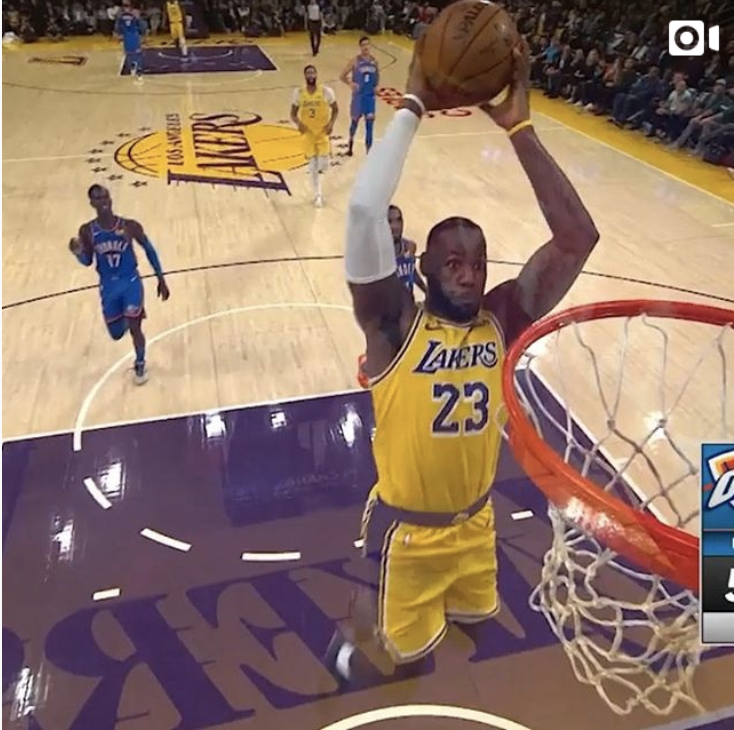 When we ask young consumers where they get their sports news, Bleacher Report is number four on their list. The brand started as a sports news site in 2005, but in the last few years has grown into a sports media empire. Many Bleacher properties—like B/R Football, B/R Betting, House of Highlights, and B/R Gridiron—focus on a specific sport, and though clips on social media have been their focus, longer-form content and YouTube is starting to be a priority. Their House of Highlights property started on Instagram with a specific basketball focus. That Instagram now has 15 million followers, and is branching into other areas, with the tagline “Everything you need to see in sports.” This year, they started a YouTube channel has already accrued 1.79 subscribers. In 2018, Bleacher Report also invaded live streaming, launching B/R Live, a subscription video service that streams both original content and live events from the NBA, UEFA, and more. Digiday reports that Bleacher is “on track to be a $200 million business”—and they’re leading the race for Gen Z sports-fans’ attention. 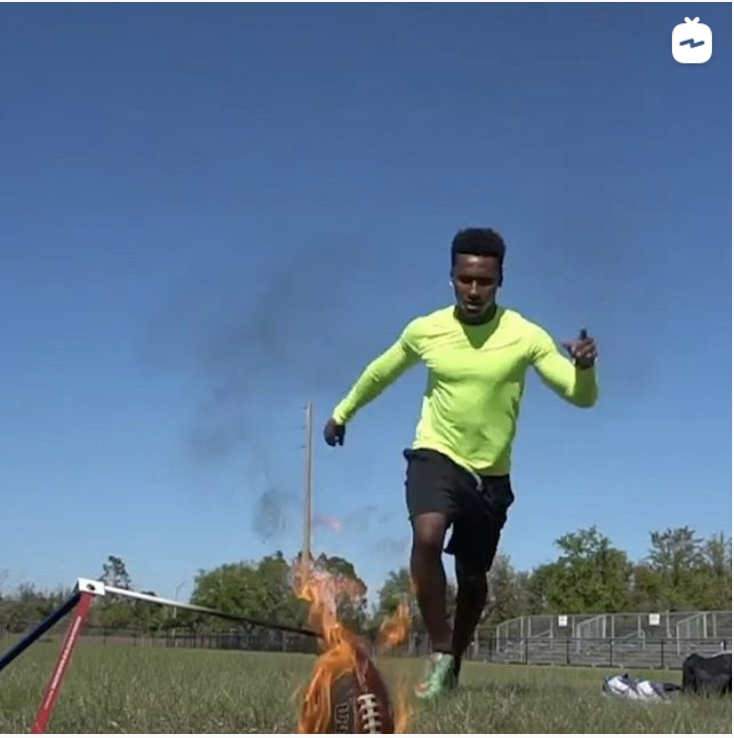 But Bleacher has young competition. According to Fast Company, Wave wants to be Gen Z’s SportsCenter. In less than two years, the startup has garnered 38 million followers across about 130 different channels across TikTok, Snapchat, Instagram, and Facebook. Their content racks up over two billion views per month, featuring everything from highlight reels to sports-related stunt videos, much created by young creators and athletes. In 2018, Forbes wrote that Wave was on a mission “to overthrow Bleacher Report and ESPN” and “redefine sports media.” According to the founders, their international network of creators are the key to both the massive amounts of content they produce, but also how their brand represents a more diverse, global, and authentic kind of sports coverage. 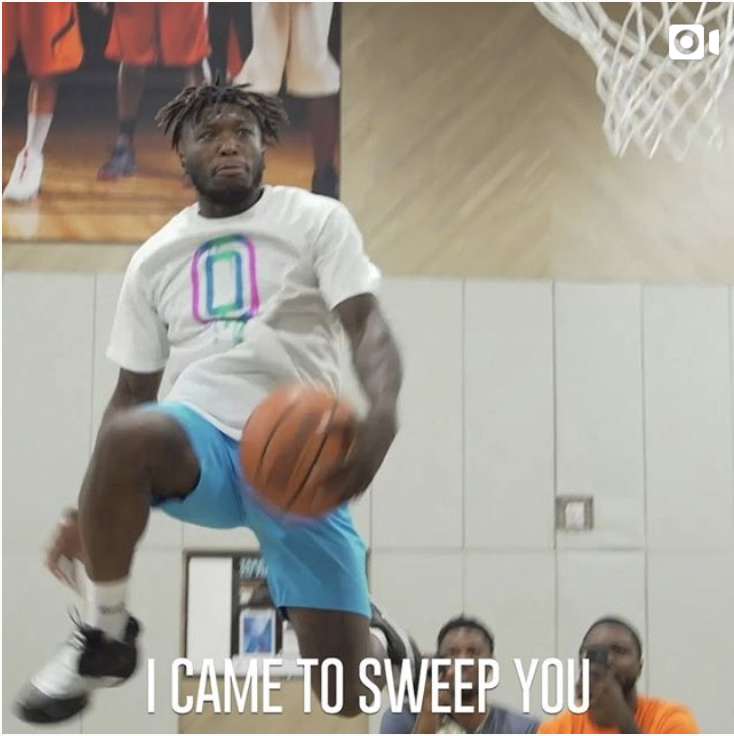 Overtime is a startup helping high school athletes go viral, and it wants to be Gen Z’s sports network. The New Yorker reports that to appeal to the next generation of mobile-based sports fans, Overtime creates short videos that are all about young athletes’ big highlights and athletic feats. They’re distributed on YouTube and social media, where they rack up millions of views. For this young audience, stats and scores are de-emphasized—they require too much patience—and their personality-driven approach could be the future of sports content. According to Front Office Sports, Overtime videos are currently drawing 1 billion views a month—prompting them to call the brand—you guessed it—“the next ESPN for Gen Z.” They’re not just out to change the way that sports are covered, Overtime is also rewriting the literal rules of the games. Their basketball event this summer, featuring star high school athletes, set new rules to shorten the game for “the digital generation,” making it faster and more exciting. They posted a 30-minute video of the game on their YouTube channel, where they’re also broadcasting reality shows and other original content.

These Entertainment Genres Have Been Getting More Popular with Young Consumers
What kinds of entertainment content is getting more popular with Gen Z & Millennial...
Scouting Next Gen Sports Fans Trend Report
First things first, the majority of young people, across gender and generation, conside...
This NBA Player is Gen Z & Millennials’ Favorite Pro Athlete
During a weird year for sports, athletes had to get creative with how they co...