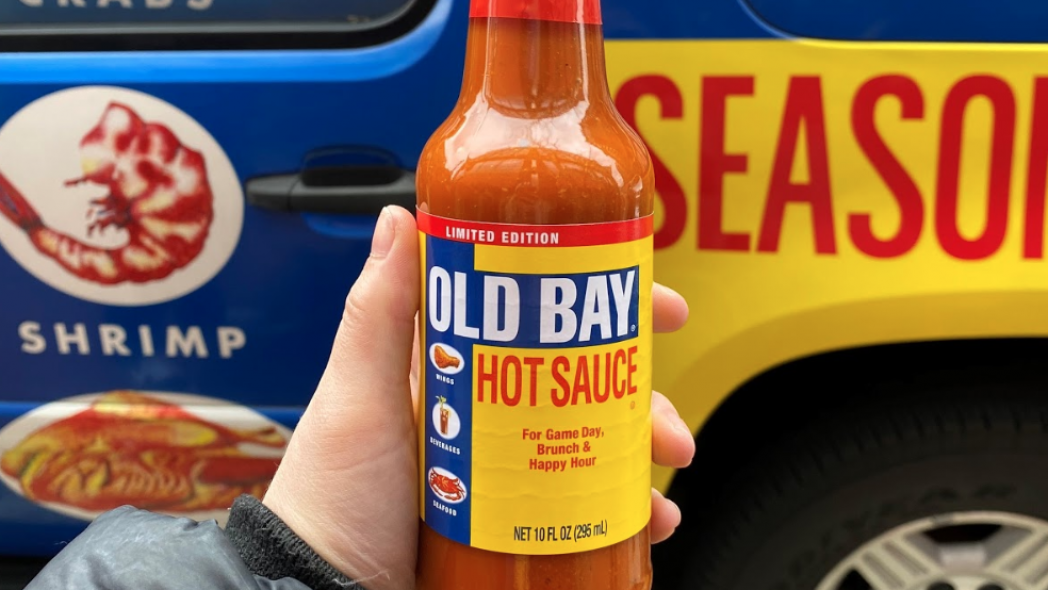 Popeyes released their uniforms as merch, Old Bay’s limited edition hot sauce is in high demand, people are honoring Kobe Bryant with a #GirlDad hashtag, the Coronavirius is (sadly) causing a lot of things to trend, and a 6-year-old drink critic is taking Instagram by storm. All that and more of the viral stories and links to catch you up on the week! 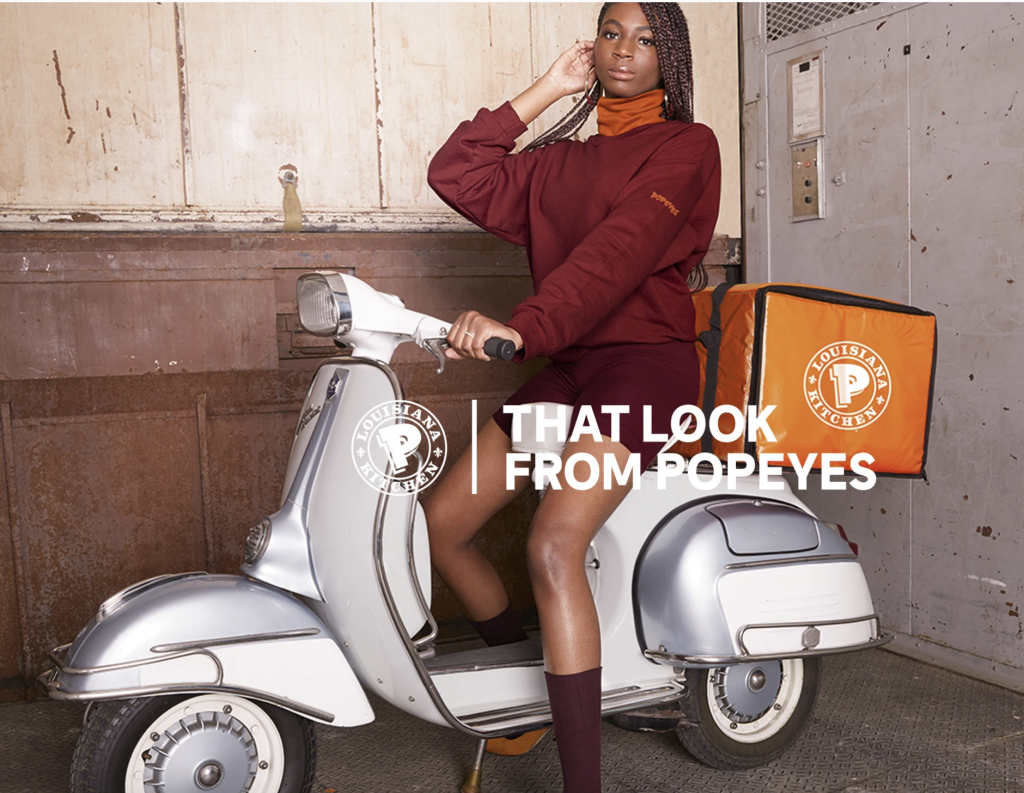 When the designs for Beyoncé’s Ivy Park and Adidas collaboration (which sold out within a day) were unveiled, some mocked it for resembling the uniforms at Sainsbury’s—the U.K. supermarket chain. But that’s not the only brand it’s being compared to. Fans also noticed that Queen Bey’s line also looks a lot like Popeyes’ uniforms—and now the brand has dropped their own merch to play up the likeness. Their maroon uniforms were made available for sale this week on thatlookforpopeyes.com, modelled by employees striking poses remarkably similar to Beyoncé’s when modelling Ivy Park. The line has  already sold out. The Bey and Popeyes hoopla comes less than a year after the brand’s viral Twitter feud with Chick-fil-A (resulting in a jump in its chicken sandwich sales)—and just a few weeks after they turned a viral moment into a smart marketing. One thing’s for sure and that is—Popeyes is a master at going viral on social media. 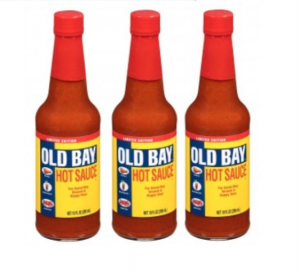 This week, Old Bay announced that #OldBayHotSauce was coming in a tweet that has 6K likes—a day later, the limited edition hot sauce sold out in just an hour. Not even actress Mindy Kaling could get her hands on the limited edition drop! Barraged with messages from devastated fans who missed out that the chance to buy one, the McCormick brand has promised they are in the process of restocking. Grocery stores will reportedly also be stocking the product soon—but until then, fans can snag a bottle on eBay for up to $50. 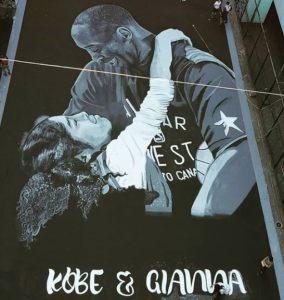 After the death of Kobe Bryant and his daughter Gianna, tributes started pouring all over the internet from athletes, celebs, and fans—including the #GirlDad movement. It all started after ESPN anchor Elle Duncan recounted interviewing Bryant and asking him about raising girls. In a now viral clip shared by SportCenter that has over 147.7K retweets, Duncan repeated Bryant’s endearing sentiment: “I would have five more girls if I could. I’m a girl dad.” At the end of her telecast, she tearfully sought comfort in knowing that he “died doing what he loved the most: being a dad. Being a girl dad.” This week, dads from all over the world have been sharing the hashtag on social media to expressing their love and appreciation for their daughters, and pushing against the stereotype that men must want to have sons, and making #GirlDad go viral as a result. 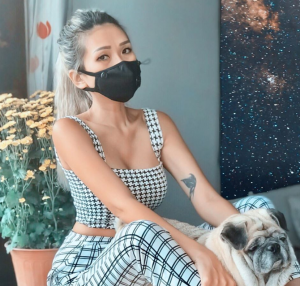 The Coronavirius Is Starting Trends

The Coronavirus outbreak (which has infected more than 7,900, killed 170, and was declared a global health emergency by the WHO this week) is, somewhat sadly, causing some unexpected trends. First, some people think Corona the beer brand somehow related to the illness, causing searches for “Corona beer virus” and “beer coronavirus” to trend. Meanwhile, Plague Inc., an old video game about wiping out humanity has surged in popularity, while the 2011 film Contagion about a deadly virus has become one of the most downloaded movies on iTunes. A lot of misinformation is being floated around online causing a lot of “fear mongering and racial stereotyping” and some teens are even claiming they are sick with the virus for views and likes on social media, while platforms like YouTube, Facebook, and TikTok are attempting to prevent the spreading of the information Even “coronavirus influencers” are popping up around the world, posting pics of face masks (sales have spiked in China and internationally) and stylish, trendy outfits with the hashtag #coronavirus. 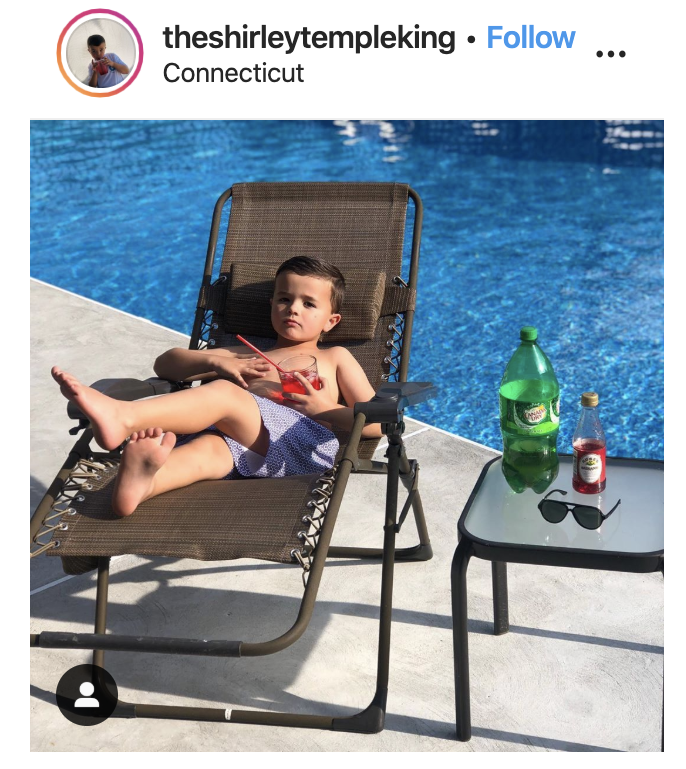 A 6-Year-Old “Shirley Temple King” Is Taking Over Instagram

Since August 2019, Leo Kelley, a.k.a. the Shirley Temple King, has been ordering the beloved kids’ drink at hotels and restaurants while going out and vacationing with his parents, reviewing them on Instagram on his account @theshirleytempleking. But it wasn’t until this week that the internet really took notice of the kid critic, who suddenly earned tens of thousands of followers (he now has 167K) after his latest “brutally honest” review of Longhorn Steakhouse’s mocktail went viral on Twitter (in a post that has 193.3K like). His verdict? It’s the biggest Shirley Temple he’s ever seen in his life, but “the bad news is there’s no cherries.” Five out of ten. In a world full of bad news (see above) people are loving the pure content. 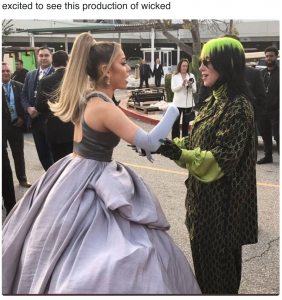 Twitter is calling for Ariana Grande and Billie Eilish to be cast in Wicked.

Aldi recruited an influencer to spend only $32 on groceries for a #PoorestDayChallenge ad—and people aren’t that happy about it.

Celebs shop at the mall too! Lana Del Rey wore a $500 dress to the Grammys—from Dillards.

Times New Roman or nah? A heated debate sparked on Twitter about what the best font is.

People can’t get enough of this three-year-old’s song about dinosaurs—and late night talk show host Jimmy Fallon even did his own cover too.

Fans are losing it over Harry Styles and Lizzo’s surprise performance.