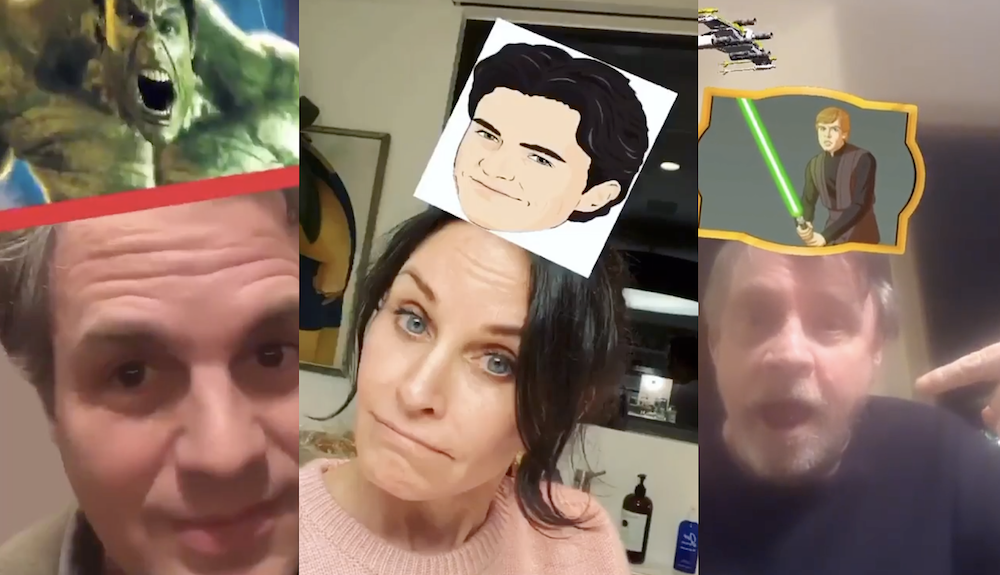 These Instagram filters keep going viral (thanks to celebrities), Popeye’s turned a viral moment into smart marketing, a beauty YouTuber comes out as trans in a powerful video, the new Netflix docuseries everyone can’t stop talking about, and tons of other stories and links to catch you up on the most viral content this week… 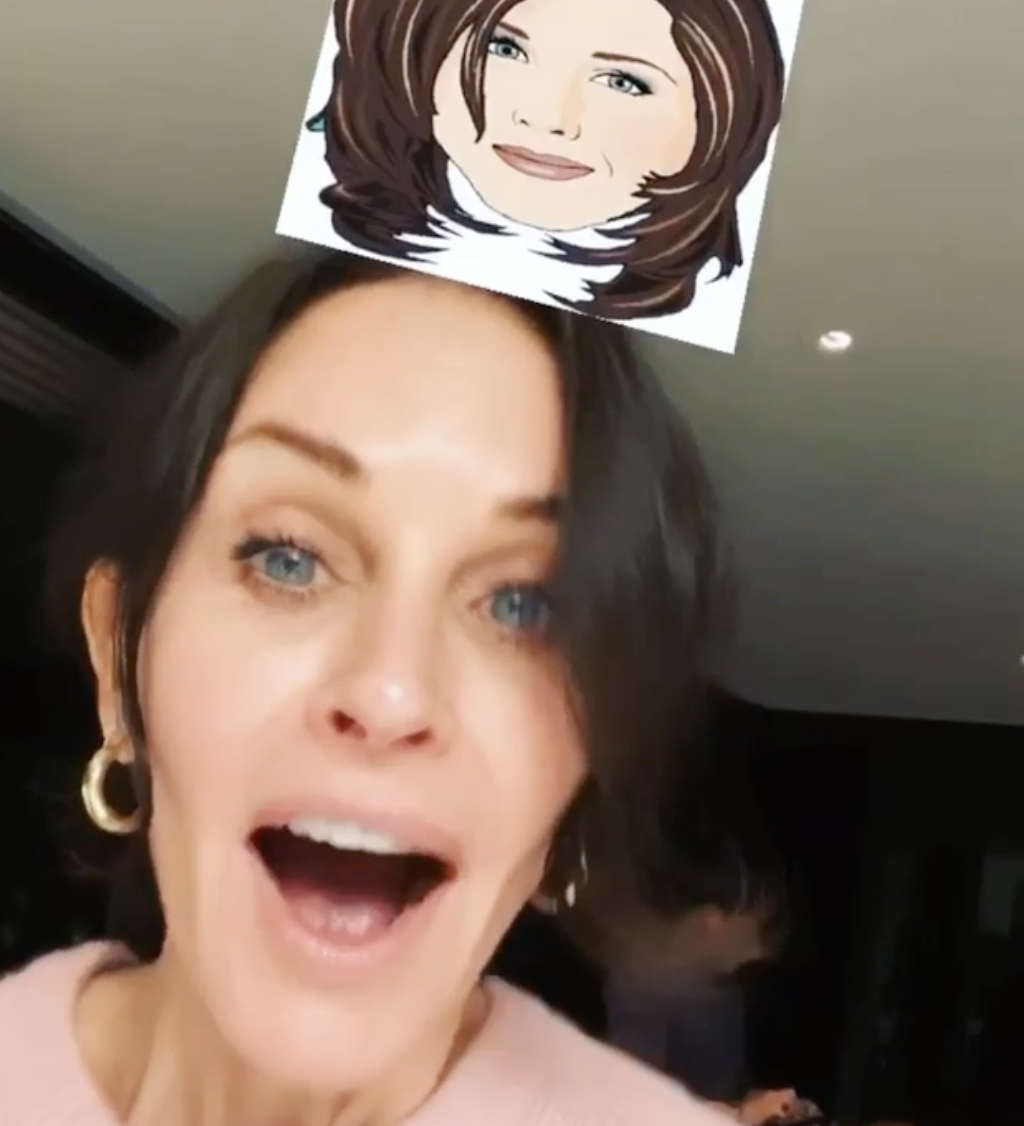 Even Celebs Are Trying Out The “Which ___ Are You?” Instagram Filters.

Instagram just debuted their new “Which ___ Are You?”  filters last month, and they keep going viral—because celebrities can’t stop using them and posting their results. First, Robin Williams’ daughter made the “What Disney Character Are You” filter go viral after sharing that she used it, and got the Genie from Aladdin. Since then, Mark Hamill got so competitive that he tried the Star Wars filter over 20 times just to get Luke Skywalker, Mark Ruffalo tried the Avengers filter and landed The Hulk, and when Courtney Cox tried to play with the Friends filter, she got every single character…except Monica! Her post chronicling the struggle has over 7 million views. The filters have been propelled into popularity by these viral posts, and are clearly a big marketing opportunity for media brands and beyond. 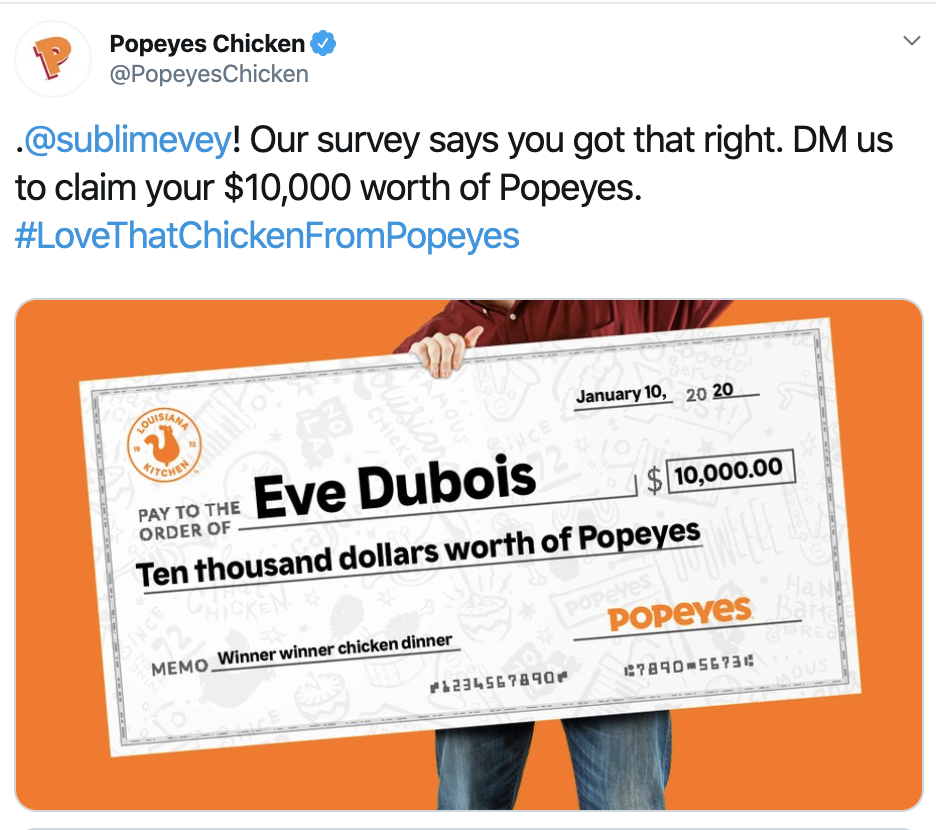 Popeye’s made such an impact on young consumers with its chicken sandwich last year that it seems to have affected a certain game show contestant. During the final round of an episode of Family Feud Canada, when Eve DuBois was asked what Popeye’s (the cartoon character) favorite food was, she very confidently—and enthusiastically—responded with “chicken!” instead of the correct answer (spinach). As a result, her family lost out on $10,000. But when the video went viral on Twitter, with 4.7 views so far, Popeye’s—the restaurant chain not the sailor—took advantage of their moment in the spotlight by offering DuBois $10,000 worth of food from the brand. We can guarantee the moment earned them way more than that in free marketing this week! 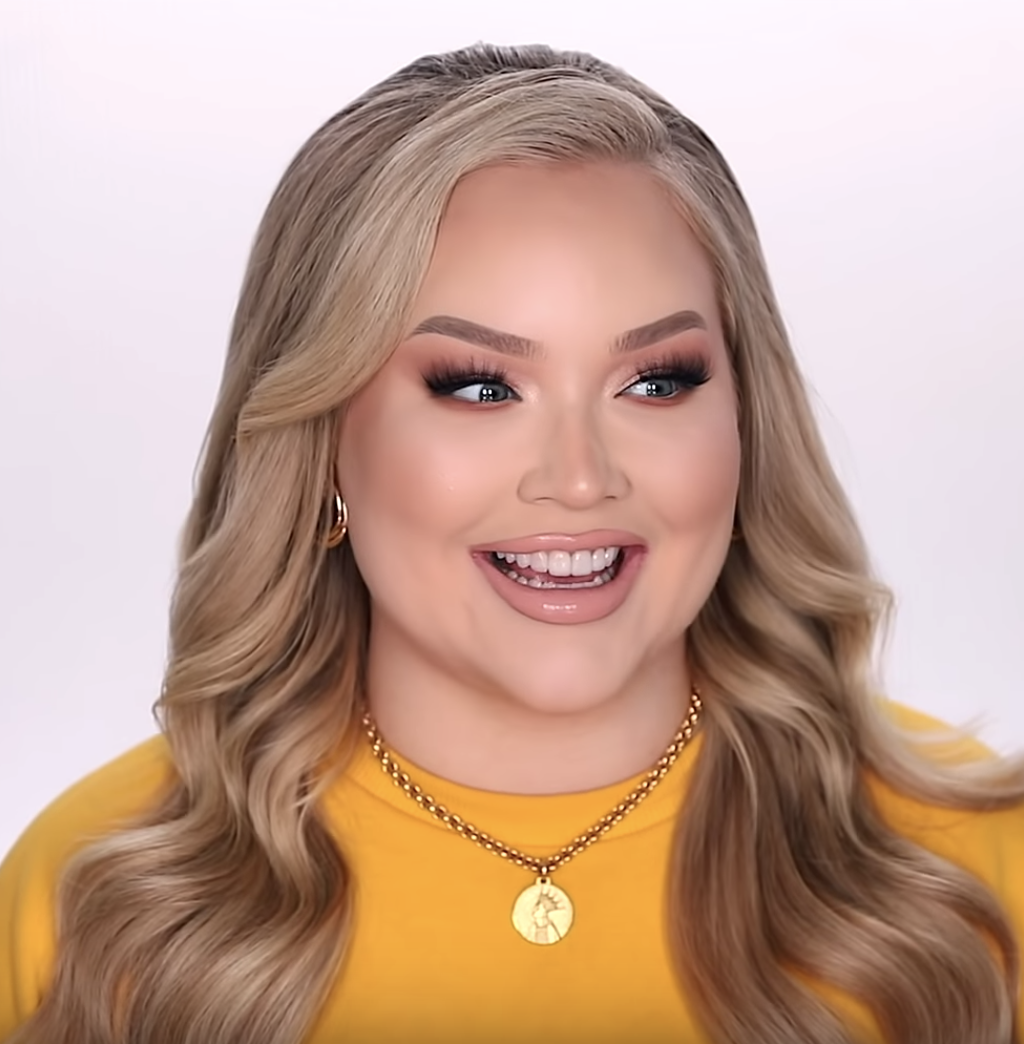 Beauty YouTuber NikkieTutorials Comes Out As Trans In Powerful Video

On Monday, Nikkie de Jager, known as NikkieTutorials to her many YouTube followers, came out as a transgender woman on YouTube. The 25-year-old revealed that she fully transitioned at the age of 19, but came out this week after being blackmailed to “tak[e] back her own power.” In the coming out video, Nikkie says she hopes to “inspire “little Nikkies” around the world who “feel insecure, who feel out of place, who feel misunderstood.” Her followers and influencers like Jeffree Star, James Charles, Shane Dawson, and Manny MUA have been sharing their support on Twitter, and the video has been watched almost 30 million times in four days. Queer influencers on platforms like YouTube, TikTok, and Instagram have transformed the way Gen Z comes out, and Nikke is the latest example. 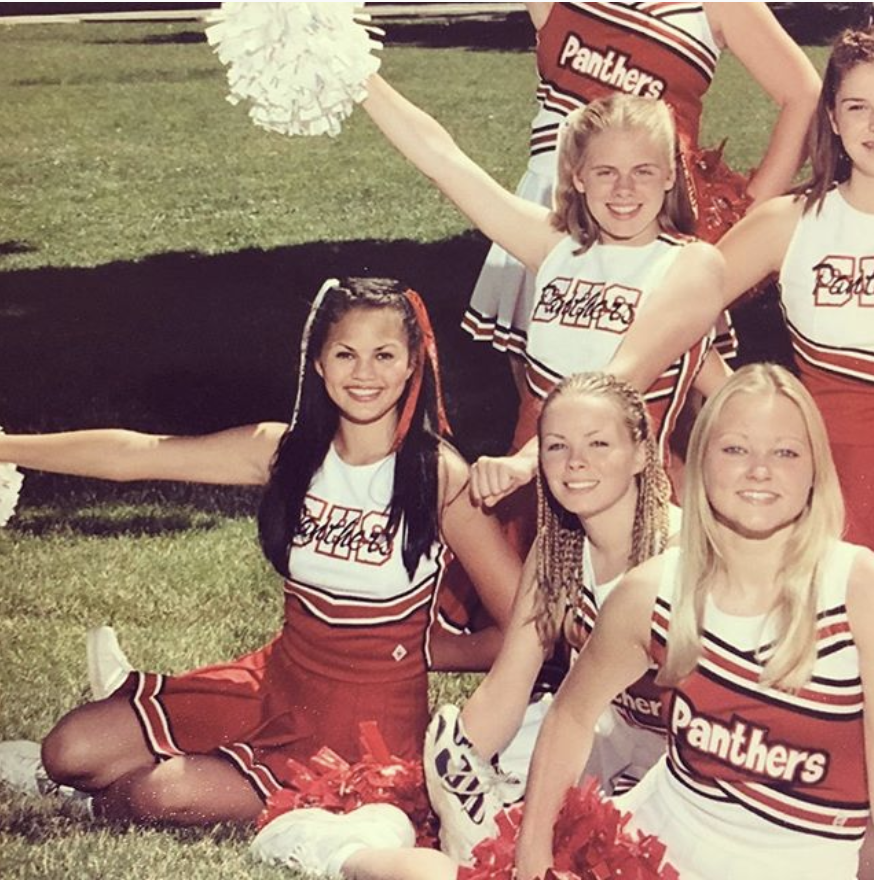 Everyone Is Obsessed With Netflix’s Docuseries Cheer

Netflix’s new docuseries Cheer follows Navaro College’s competitive cheer squad on their journey to nationals…and everyone is obsessing over it. From the drama to the ups and downs the cheerleaders endure while preparing to loving the force that is Coach Monica, there’s many reasons so many people are tuning in. One other reason: celebs are getting hooked and telling their followers to watch. Chrissy Teigen shared a throwback photo to her own cheerleading days while raving about the series, and later in the week posted a Cheer-inspired video of her and her assistant “frantically working out.” Queer Eye’s Jonathan Van Ness (who was also a cheerleader in high school) also shared a post on Instagram with the caption “This is my formal submission for @navarro_college_cheer – or can I start a cheer squad for Cheer on @netflix ??” 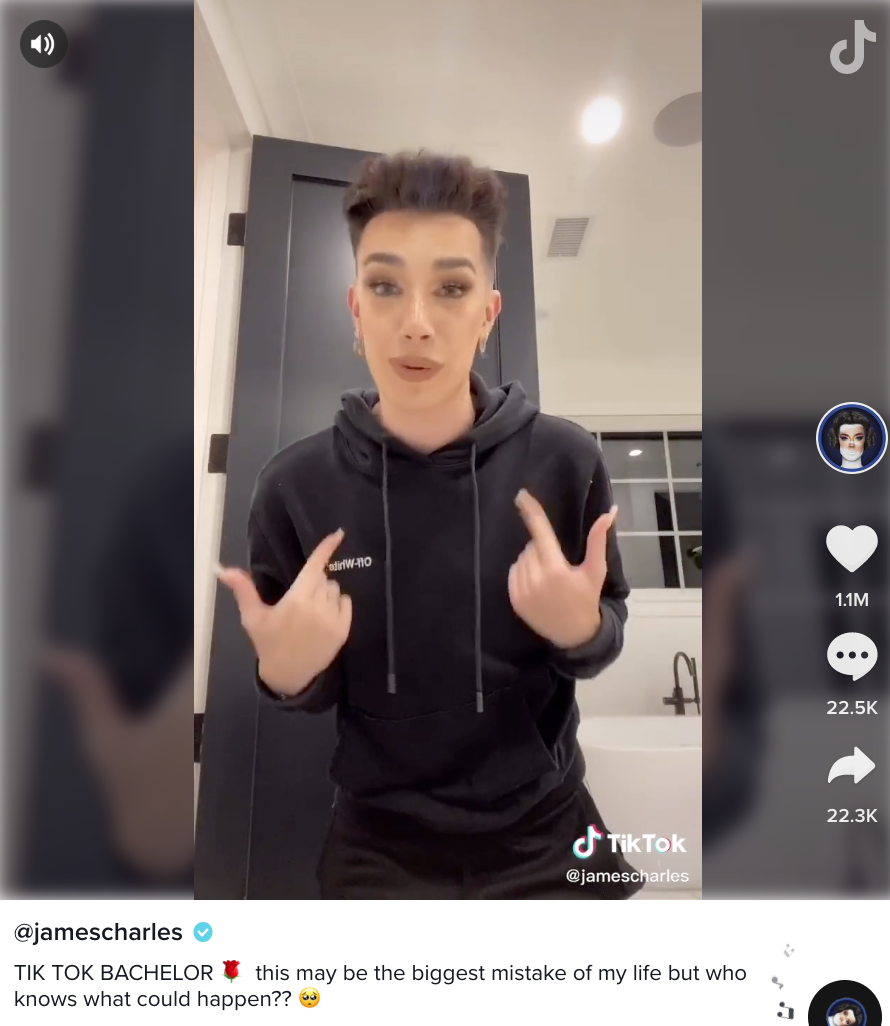 YouTuber James Charles is looking for love—and starting his own The Bachelor-style show on TikTok.

Meghan Markle has reportedly signed a voiceover deal with Disney.

Goop launched a “This Smells Like My Vagina” candle and it’s already sold out.

Billie Eilish is going to record the theme song for the upcoming James Bond film No Time To Die.

And The Jonas Brothers released a new music video full of tributes to classic ‘80s films.