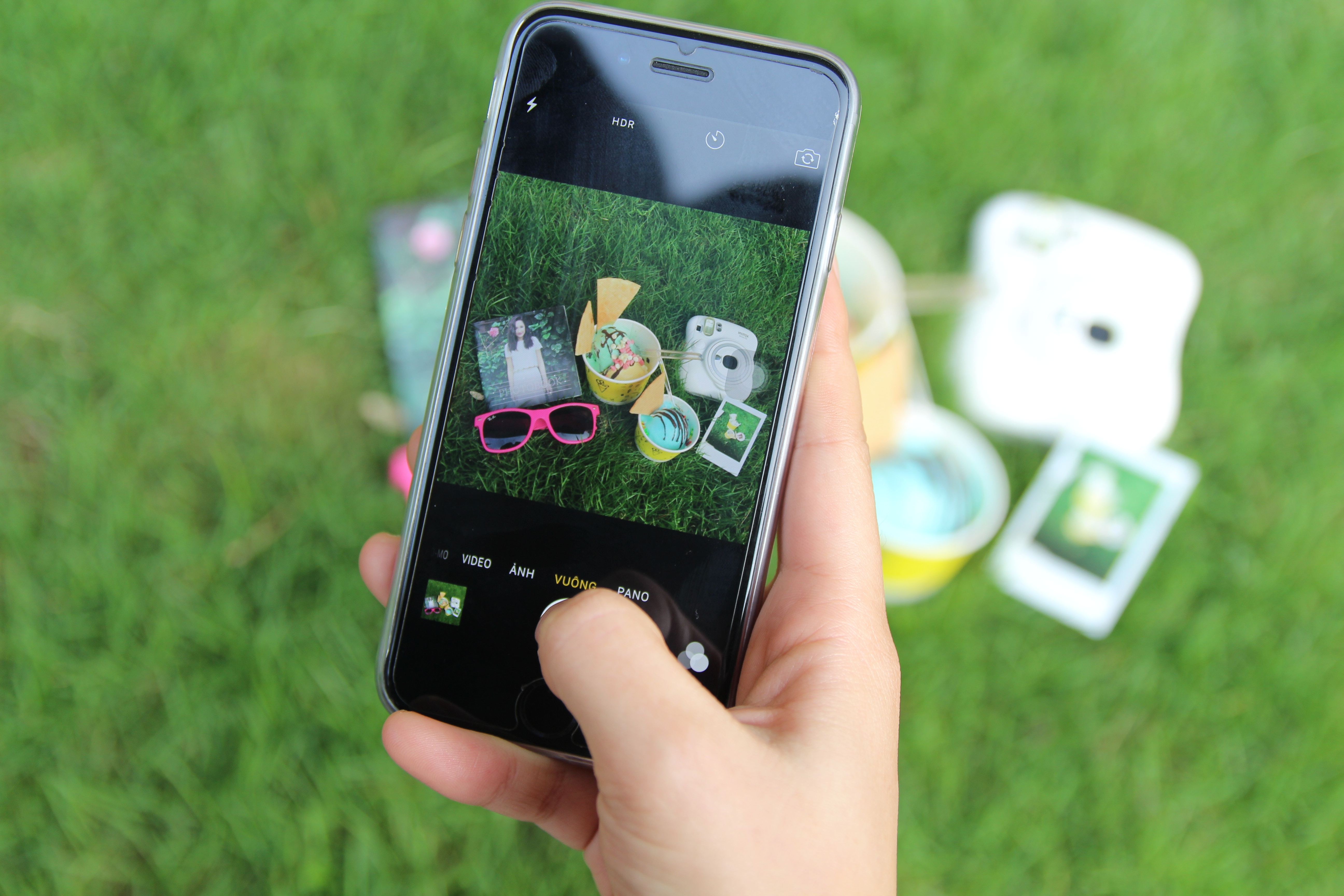 Last week, we looked at the top products that young consumers have purchased because of influencers—but of course influencer marketing is just a piece of giant the social media ad pie. Facebook and Instagram have become targeting machines, serving up ads to users to fit in with their tastes, preferences, and past purchases. And social media marketing is only getting more advanced. Over on Facebook, ads are getting more Shoppable with an augmented reality update that will let customers digitally “try on” and purchase products. Instagram’s new IGTV will inevitably roll out ads soon, creating another space for brands to reach an engaged audience.

Social media marketing is, of course, a must for brands trying to reach Millennials and Gen Z. Though they’re still very open to TV ads, increasingly they aren’t spending their time in front of that screen, making social media the most opportune place to reach them. And the most effective in influencing their purchase intent. In our recent monthly survey on ad/marketing effectiveness, we asked 13-35-year-olds, “Think of the last ad you saw that made you want to purchase something. Where did you see it?” While 27% said a TV commercial, 40% said a social media platform (Facebook, Instagram, Snapchat, and Twitter).

Whether they like it or not, seeing products on social media feeds is making them want to purchase those products—and we found out exactly what they’re most tempted to get IRL. We recently asked 1000 13-35-year-olds “What was the last thing saw on social media that you wanted to buy?”* Here are their top 15 responses:

*This was an open-end response question to allow us to capture the full range of products that Millennials and Gen Z have been influenced to buy because of social media ads—without our preconceived ideas shaping their responses. As with any qualitative question, the responses include those that are top of mind and those that are most popular. The lists are ordered according to number of responses received, and alphabetically when ties occurred.

What was the last thing saw on social media that you wanted to buy?

Roughly half of respondents indicated that there was nothing they had seen on social media they wanted to buy—but that leaves almost half who had been influenced in some way by content on social, and clothing is the top product it’s made them want to purchase. Under that category we saw responses ranging from t-shirts to maternity robes, to “An urban outfitters jumpsuit on Pinterest.” Shoes/sneakers and swimsuits also made the top 15 list, showing that apparel in general is a strong category for social media marketing success. Beauty products were the second category of product named by respondents, not too surprising to us considering it’s the top thing that online influencers get them to buy. 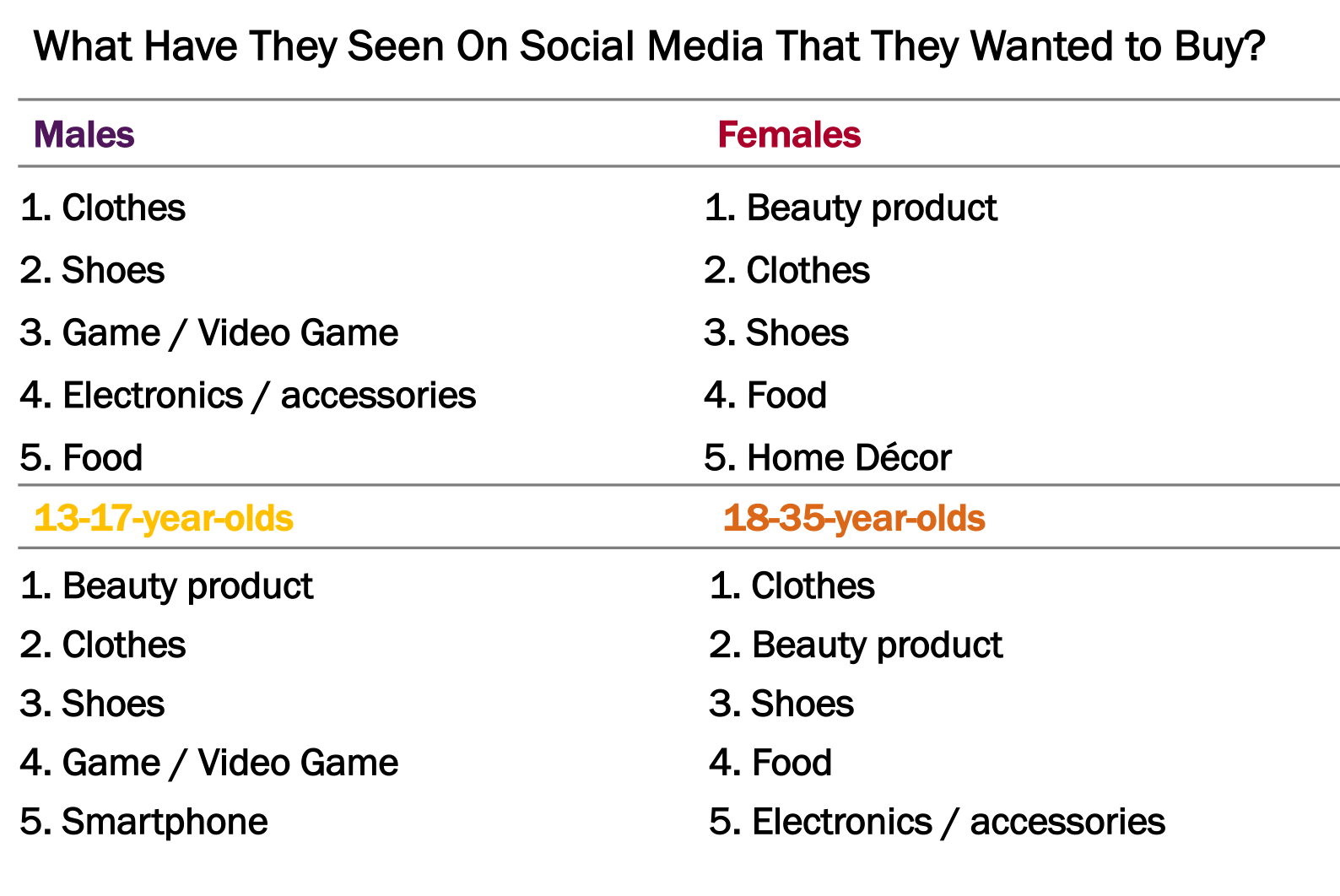 Teens were also more likely to name games/video games than 18-35-year-olds, who were instead more likely than younger consumers to say that food was the last thing they saw on social they wanted to buy.