Where in the World Do Young Travelers Want to Go? 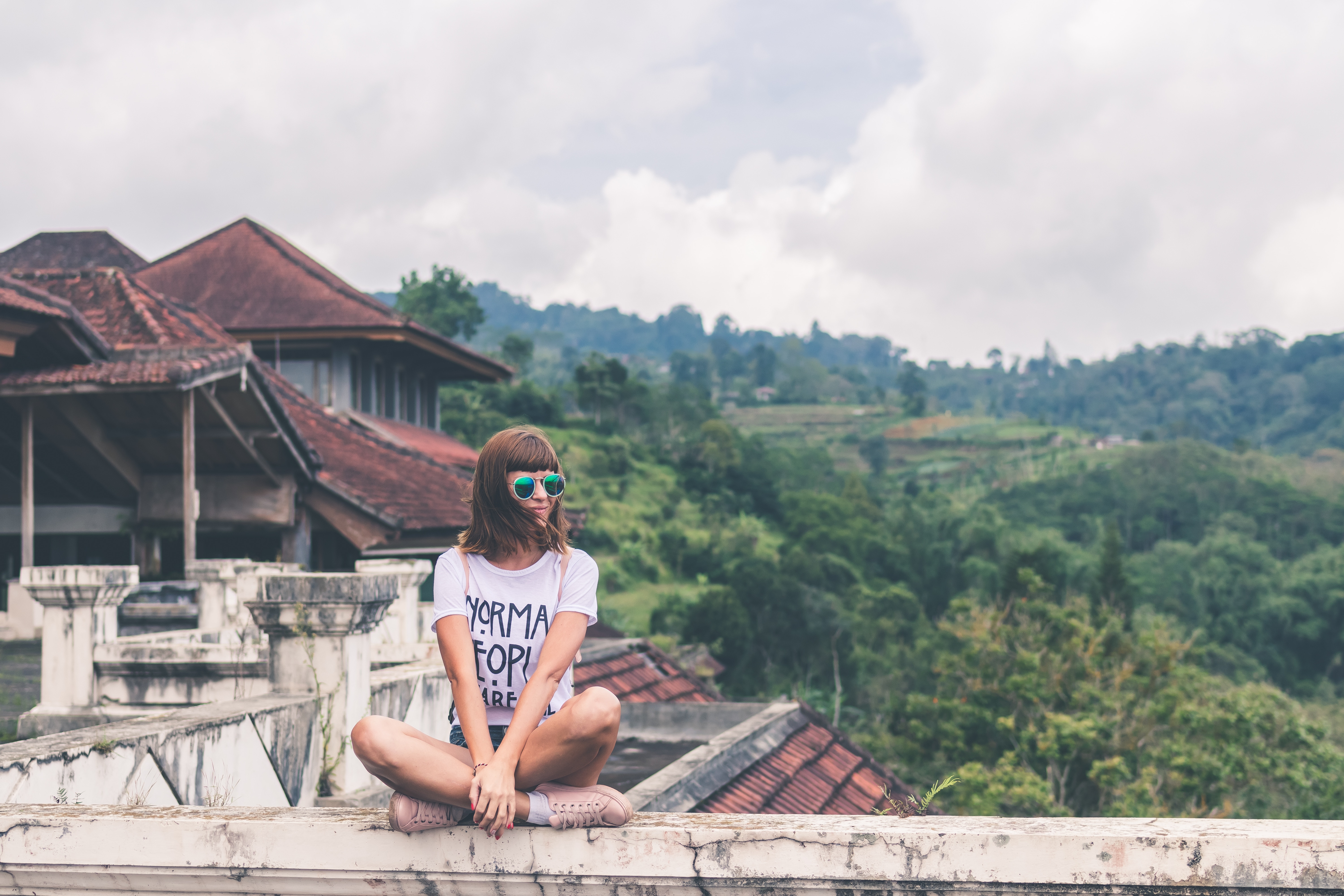 What cities and countries are calling out to travel-hungry Gen Z and Millennials? We have the top 20 places in the world they want to visit…

Millennials are opting for experiences over possessions, and it’s good news for the travel industry. This year, Expedia released a study showing that 74% of 18-65-year-olds would rather spend their money on experiences than possessions, with 65% of 22-35-year-olds setting aside money specifically for travel. The study found that travel is a high priority for Generation Wanderlust: close to half of Millennials would sell clothes or furniture to fund a trip, and 71% of Gen Z would get a part-time job to travel.

Knowing that travel is a passion for young consumers, we’ve explored the topic in debt in our Generation Wanderlust trend, told you the kinds of vacations that Millennials and Gen Z want to take, and what they’re looking for in a hotel. But we’re also keeping tabs on exactly where on earth they’re interested in traveling. In our monthly survey on travel, we asked 13-36-year-olds, “If you could take a trip anywhere in the world, where would you go?”* Their answers are a snapshot of the most desirable cities and countries on the globe right now for young consumers with the travel-bug:

*This was an open-end response question to allow us to capture the full range of places in the world that 13-35-year-olds want to visit—without our preconceived ideas shaping their responses. As with any qualitative question, the responses include those that are top of mind and those that are most concerning. The list is ordered according to number of responses received, and alphabetically when ties occurred.

Japan continues to top the list of places that young consumers want to visit most, landing in the number one spot for the third year in a row. This year, we kept cities and countries separate to more accurately show how young consumers think of places to travel, and Japan was still the most common response, with Tokyo landing at number 20 on the list (tied with Bora Bora).

The broad response of “Europe” ranking at number three on the list shows that young consumers are looking to explore, and many want a trip that allows them to see more than one place in the world.

We saw some slightly different dream destination preferences when we looked at responses according to gender and age: 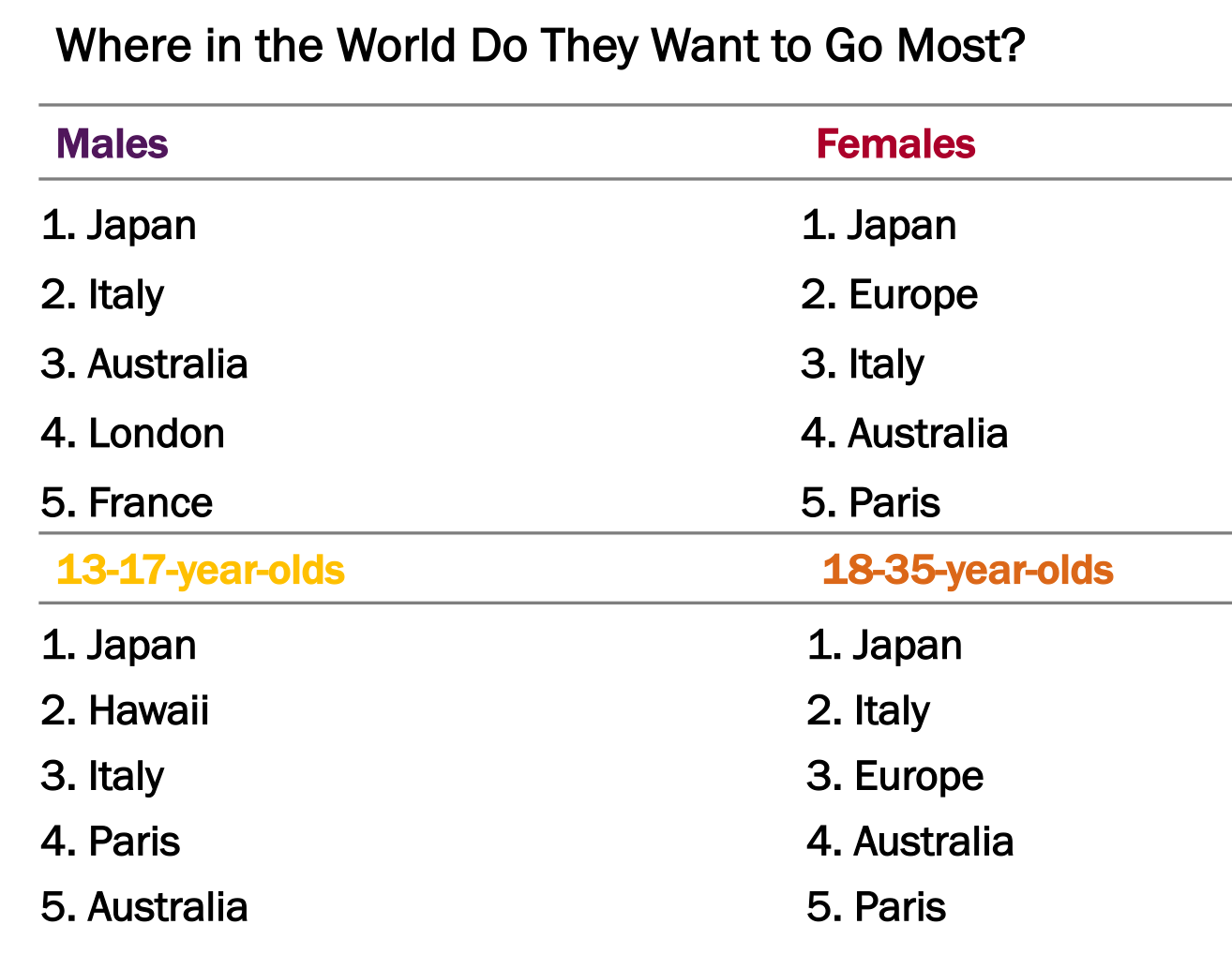 While Japan was still the top pick among all the groups, young 13-35-year-old males were more likely than females to want to visit London, and to name France over females’ more specific Paris. Meanwhile, 13-17-year-old consumers are more interested in visiting Hawaii than 18-35-year-olds, who are more likely to have the dream of traveling around Europe.