The 24 Places Millennials & Gen Z Want To Travel Most 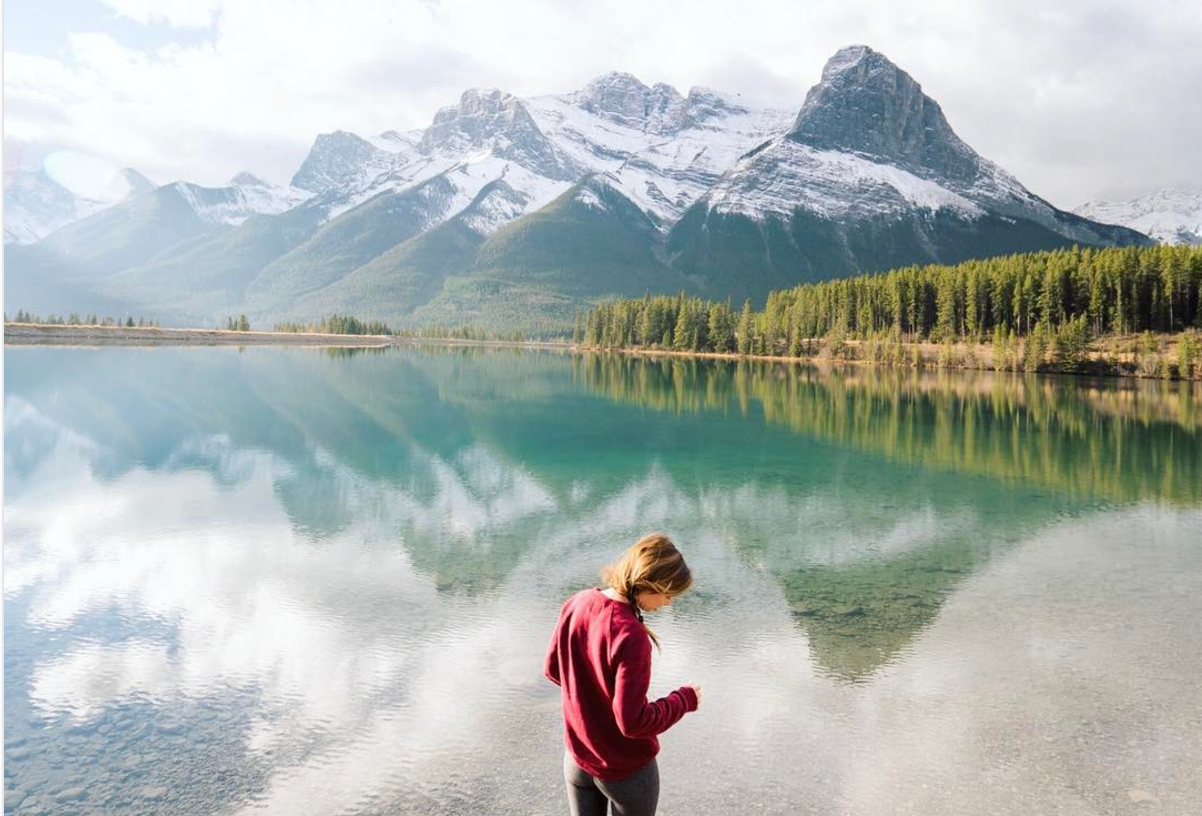 Everything from hotel lobbies to cruise ships are getting the Millennial treatment these days, because the generation known for their wanderlust is continuing to make travel a priority. We’ve detailed how the travel industry is updating to keep up with young consumers’ preferences, noting a recent study by Airbnb that revealed that 56% of 18-35-year-olds from the U.S. are spending more on travel this year than last, and placed getting away above purchasing a home in their list of priorities. Another survey revealed that 18-35-year-olds would rather spend on travel than life insurance. Our holiday wishlist roundup found travel was the second most-desired gift among 13-34-year-olds, after money.

But while they’re continuing to prioritize travel, they’re not following all the assumptions about their travel behavior. G Adventures, which plans trips targeted at Millennials, says the group isn’t as frugal as one may believe when travelling: “we find that the typical Millennial traveling on a group tour with G Adventures spends, on average, $2,600 per person before flights, and chooses trips that are 8 to 10 days in length.” They also say young travelers aren’t as interested in partying or staying connected to WiFi as they are in fully immersing themselves in local culture.

In our recent survey keeping tabs on the travel preferences of young consumers, we asked Millennials and Gen Z, “If you could take a trip anywhere in the world, where would you go?”* Here are the 24 destinations that received the most mentions:

*This was an open-end response questions to allow us to capture the full range of places that 13-34-year-olds would like to travel—without our preconceived ideas shaping their responses. As with any qualitative question, the responses include those that are top of mind and those that are most popular. The list is ordered according to number of responses received, and alphabetically when ties occurred.

Where In The World Do They Most Want to Go?

For the second year in a row, we saw Japan as the top-named destination that Millennials and Gen Z want to travel to. Italy took the second spot, followed by France—with mentions of Paris making up the most of the latter’s mentions. This wasn’t the only case of a specific spot boosting a locale’s popularity: London was mentioned more than England, Los Angeles/Hollywood more than California, and Disney World can be thanked for Florida’s high ranking.

Africa stayed in the top ten, and we’ve seen echoes of young consumers’ interest in travelling to the country elsewhere. Travel Weekly reports that the destination was once seen “as a luxury experience, [and] out of reach to the young backpacker,” but tour operators and travel agents report an increase in interest from young U.S. travelers over the past year. Adventures, unique experiences, and philanthropic opportunities make it an ideal destination for Millennials, but tour companies creating more budget-friendly options for safaris and other trips are likely driving the increase.

When we look at the differences in travel desires by gender and age, we see a few differences, and discover who wants to go to Africa the most: 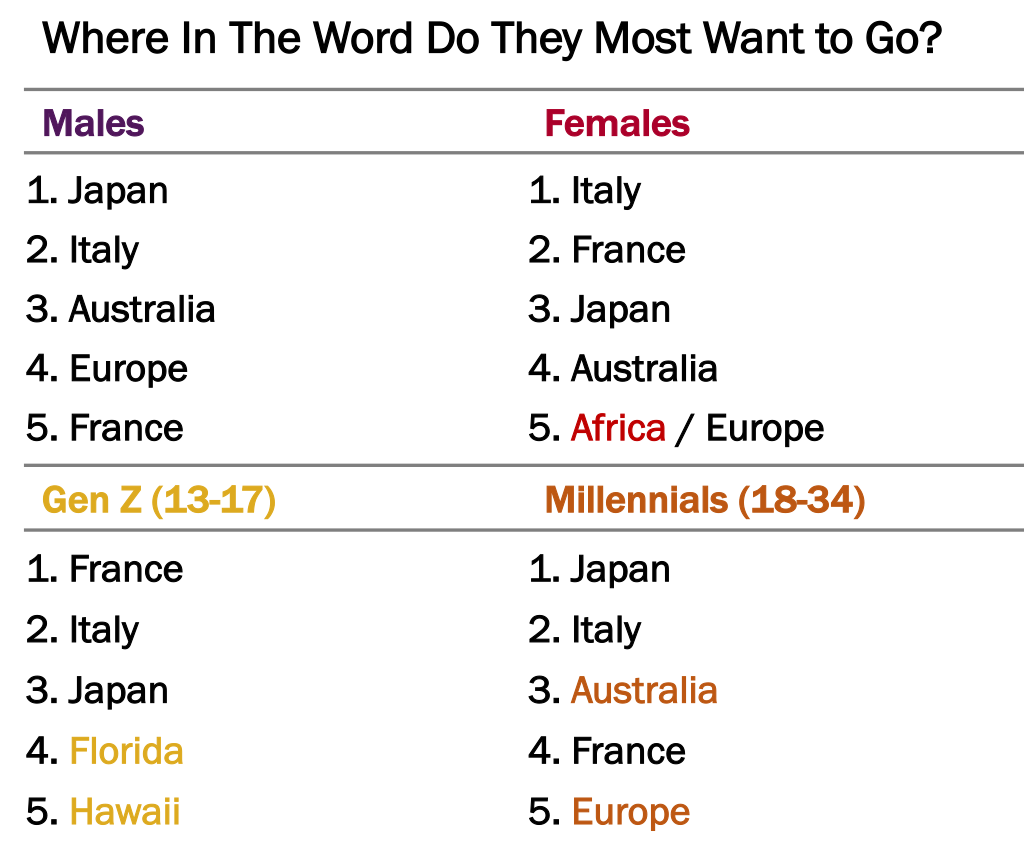 Africa is in the top five desired travel locations for females 13-34-years-old, making them the group that wants to travel there the most. However, it’s the only destination that made females’ top list and not males’, showing that gender isn’t impacting these travel preferences considerably. Age is a slightly different story. While Japan appeared on the top five list for both Gen Z and Millennials, Millennials are more likely to mention it, while France comes in number one for the younger generation.