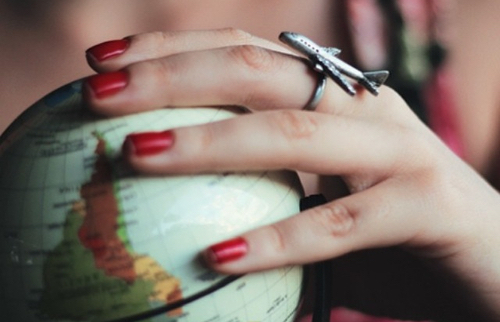 Experience-seeking Millennials have always been known for their travel bug. Though they might not have the spending power of other generations (yet), they’ve already transformed the travel industry because of their love of travel and their spending potential.

The generation has the potential to be the largest spending group in history, and by 2020 the oldest Millennials will be entering their peak earning years. To prepare, luxury brands are shifting to cater to the generation who values “über-luxe” travel over costly jewelry, shoes, and bags. Travel and leisure-related stocks have felt the effects of Millennials’ travel-obsession as well: low-cost airlines stocks have risen sevenfold and Airbnb Inc.’s $25.5 billion valuation is more than Macy’s and Best Buy’s put together. The New York Times reports that traditional hotel chains are targeting young travelers through “customized experiences, digital convenience, and relevant information on social media.”

When we researched Millennial spending, we found that more than half of employed Millennials are saving up for something special, and a trip/travel was at the top of their savings list. We know they’re not travelling the same ways their parents did, but we also wanted to know where in the world they’re wanting to go. In our most recent monthly survey and Topline Report, we asked 1000 13-33-year-old all about their travel hopes and dreams. First, we took an overall, general look at where they want to travel in the world:

Europe was by far the top area they’re interested in visiting, followed by the U.S. and Asia. Females were more likely than males to name Europe as their top destination, while males were slightly more likely than females to choose somewhere in the U.S. But this general list of world regions can’t capture exactly where they have their hearts set on visiting, so we asked, “If you could take a trip anywhere in the world, where would you go?”* Here are their top 20 responses:

While combined, European destinations might still top the list, we get a far clearer idea of the generation’s dream travel spots here. Japan is ranked number one, followed by Italy. The culture and the food were both frequent mentions as reasons to visit both places. One 27-year-old female told us “I’ve always wanted to learn more about Japanese culture, history, and art, and visiting the actual country seems like a good way to do that,” and a 28-year-old male said he wanted to visit Japan “[Because of] the food and I’ve heard great things about the country especially the cherry blossoms.” Of choosing Italy, a 28-year-old female explained, “It’s a classic destination and I have always wanted to go since I was young. Plus food and wine!”

*These were open-end response questions to allow us to capture the full range of Millennials’ dream destinations. As with any qualitative question, the responses include those that are top of mind, and those that are actually most desired. The top 20 list is ordered according to number of responses received, and alphabetically when ties occurred.