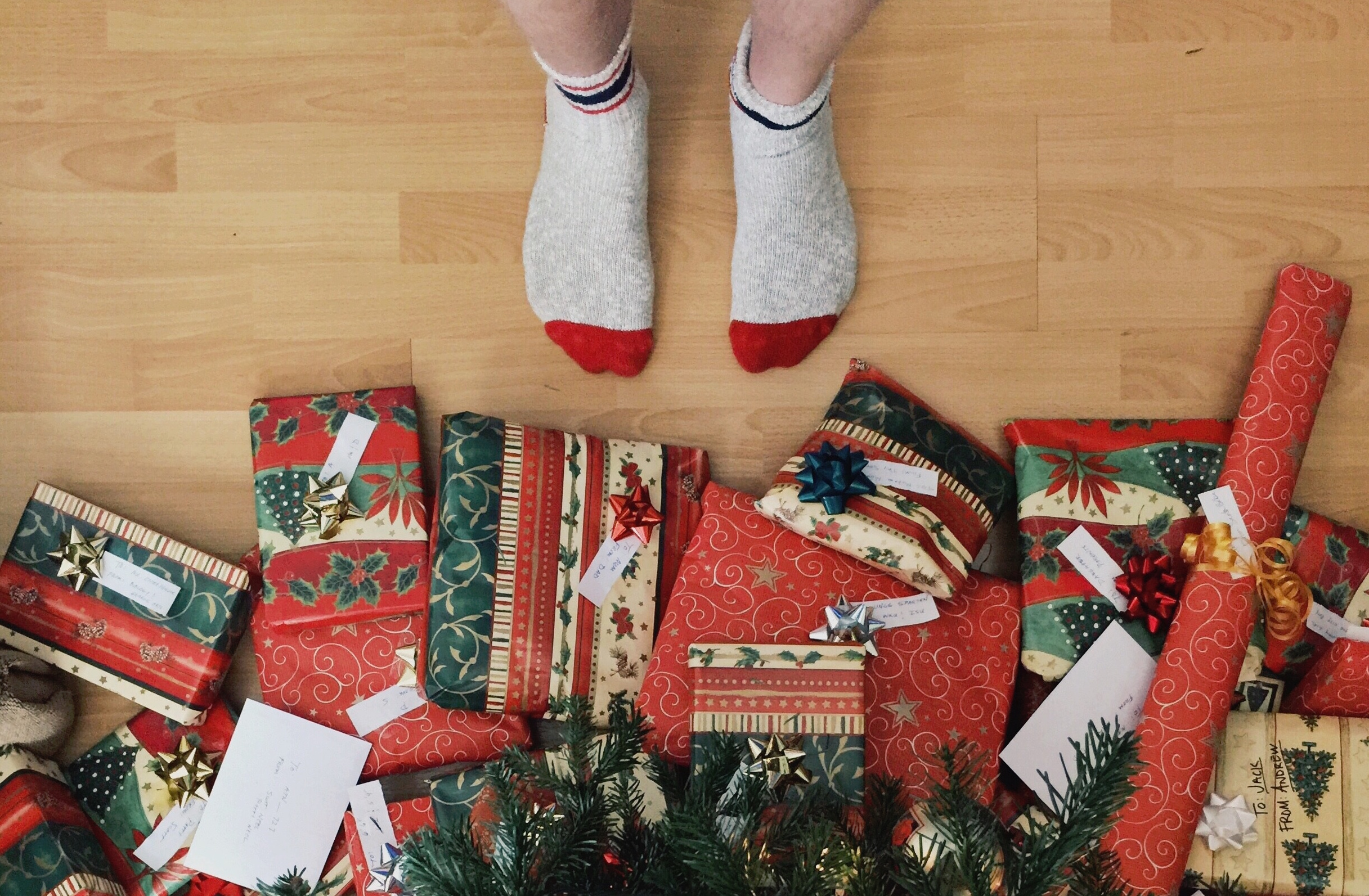 We asked 1000 13-34-year-olds what ONE item is at the TOP of their holiday wishlist this year, and we’ve ranked their 20 most-desired items…

What young consumers want for the holidays this year could decide the fate of many retailers and brands. A poll from Rubicon Project declared that Millennials could be the “driving force for the overall year-over-year increase in spending” during the 2017 holiday season. Their data revealed that 39% of Millennials had already started shopping for the holidays in September, and they planned to spend 33% more than last year on average. Other research is also predicting that young consumers are planning to spend more than ever this year, with PwC reporting a 26% increase in 18-34-year-old spending from last year and Adobe reporting a 45% increase.

*These were open-end response questions to allow us to capture the full range of items young consumers want for the holidays. As with any qualitative question, the responses include those that are top of mind and those that are most wanted. The lists are ordered according to number of responses received, and alphabetically when ties occurred.

What’s At The Top Of Their Holiday Wishlist?

As we saw last year, money is at the top of their holiday wishlist ranking—and gift cards made the top five. In fact, when we asked what kind of item is at the top of their list, 26% of 13-34-year-olds named money/gift cards, and teens were even more likely to say that they wanted cash or card at 33%. According to an HRC Retail Advisory survey, 69% of 10-17-year-olds say they prefer to receive a gift card over an actual gift.

Travel ranked as the number two most-desired gift overall, but when we look at gender and age groups, we see it’s Millennials fueling its high status: 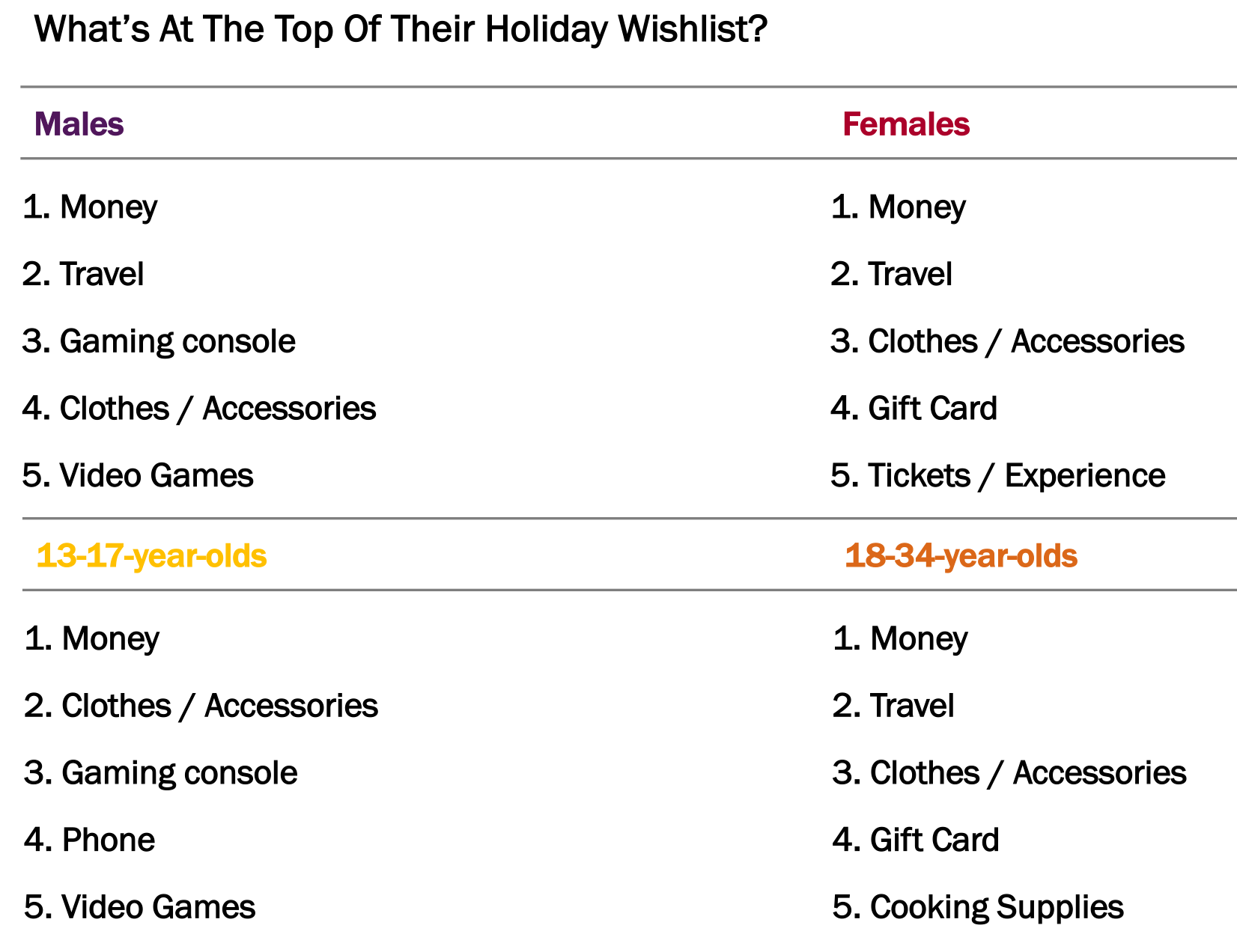 While money makes the top slot for all groups, travel doesn’t crack the top five for teens, who are instead more likely than Millennials to want a new phone, video console, or video games. Meanwhile, 18-34-year-olds were more likely than teens to say they want travel, gift cards, and cooking supplies.