All They Want For Christmas: Millennials’ Top Wishlist Items for 2015 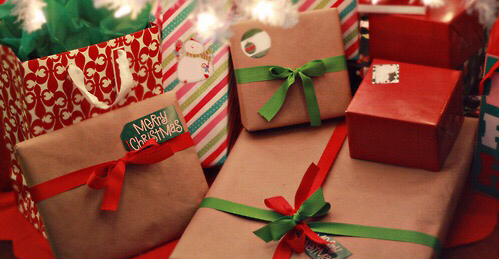 We asked 1000 13-33-year-olds to tell us what’s they really, really want to get for the holidays this year…

Before Black Friday, we gave you an exclusive look at our holiday shopping survey, which includes data on Millennials and teens’ own shopping plans…and plenty on what they’re asking to receive. Over 90% of 13-33-year-olds told us they have a holiday wishlist, and we found out just what they’re asking for to find out what they value, and what their loved ones might be shopping for this month.

When we asked what kind of item is at the top of their holiday wishlist, 23% said money/gift cards, with 29% of female Millennials saying this was their number one desired gift type for 2015. Technology came in at the number two spot on their overall ranking, with 22% of all 13-33-year-olds, and a full 32% of males saying they most want to see tech under the tree. Clothing, experiences, and books rounded out their top five. But these were just the general categories of their wish list items. To find out exactly what they’re dreaming of seeing wrapped up for them this season, we asked Millennials and teens to tell us the one single item at the top of their holiday wishlists. (This was an open-end response question to capture the full range of their holiday gift desires.)

So what do Millennials and teens most want to get this year? Here are their top 15 responses:

Fill their stockings with cold, hard cash, money is at the top of their holiday wishlist rankings. While the majority wrote simply, “money,” some did say what they want the green for. Some just want help to pay their bills, or to travel to see family for the holidays. One wrote that they wanted money to help pay off student loans, while others had more adventurous ideas like spending their gifted cash on trips. Gift cards made the number three spot of their top holiday wishlish items, and one fourth did specify that it’s an Amazon gift card they’re hoping for—showing once again that the e-tailer is an unstoppable holiday force.

Gaming console is the top tech item on the list, and interestingly it was an even split between those who want Xbox and those who want Playstations—tellingly, only a small number mentioned a Nintendo item.

While tech items (gaming consoles, laptops, smartphones, tablets, TVs, and videos games) make up nearly half of the their most desired holiday items, we should make note of the fact that travel and experiences both made the list as well. Millennials continue to prize experiences over non-material objects—so much so that they are prioritizing things that can’t be wrapped up as gifts this holiday. Vacation/trip ranked just above gaming console, and smartphone. Many of those who named an experience are hoping for tickets to concert and sports events.

Another sign of some Millennials’ current priorities: watches/jewelry might have ranked lower on the list if several hadn’t told us that the single item they want most this holiday is an engagement ring.