Social media has democratized the toy industry, as smaller brands that can quickly turn a social media trend into a toy beat out industry giants. Toys ‘R’ Us is shuttering stores, Hasbro had a hard holiday season, and Mattel has hit a nine-year low in the stock market. Meanwhile, up-and comers are struggling to keep their supply up with the never-ending demand for their social media-worthy toys. In a year when the biggest exhibitions had as much of a chance of coming out with the next big plaything as the brands relegated to the back corners, this year’s New York Toy Fair saw some trends dominating brand agendas big and small.

Last year, we paid particular attention to collectibles, nostalgia, and augmented reality. All three kept their status as trends to watch in the 2018 Toy Fair, but some new (and oft surprising) toy themes stole the spotlight. We sifted through them and—though we spotted STEM, play now and keep forever, board games galore, dinosaurs everywhere, and countless others—we chose to hone in on three trends we felt companies were clamoring over most. What did they all have in common? All three are rooted in social media: 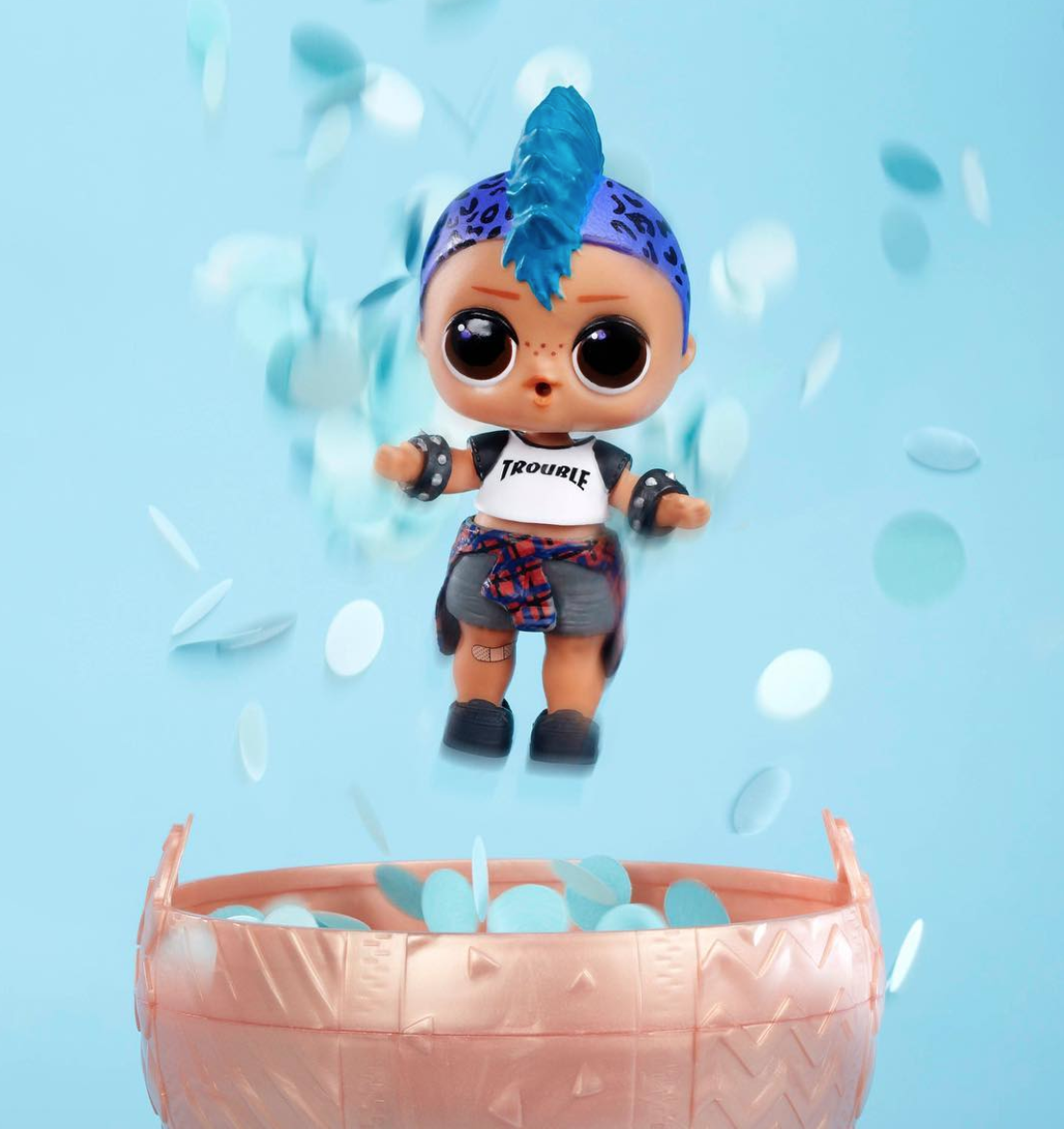 Unboxing videos on YouTube have been on our radar for a while now, but this is the year that major toymakers followed in successful startups’ footsteps and took on the trend. If you need a quick refresher, children’s attention is switching from cable to YouTube where they watch influencers unwrap and play with the hottest toys on the market. Brands have taken notice, but none were swifter to capitalize on the social media phenomenon than indie companies (who are stealing market share out from under industry giants). MGA Entertainment’s L.O.L. Surprise line was an instant hit, hence why it was named Toy of the Year. The ball-shaped toy is filled with 50 different small toys, accessories, and other knick-knacks, creating an unboxing process that sets it up for social success. The line has expanded since then to fizzing toys that reveal their surprises in water, confetti popper toys, and other YouTube-worthy iterations of the original hit. But brands aren’t letting MGA Entertainment get all the glory (and revenue) for swooping on this trend early. Spin Master’s Hatchimals have seen similar success, unveiling their hidden toys with the slow crack of an egg. They’ve continued to expand their line this year as well, capitalizing on the collectible trend (that we spotted at last year’s Toy Fair, and which continues to dominate the toy industry) with Collegtibles—small Hatchimals featuring surprise animals. Wicked Cool Toys showed off Egg Babies this year, a not-so-subtle spin on Hatchimals, while Funko’s Mystery Minis Blind Boxes won the People’s Choice Award. 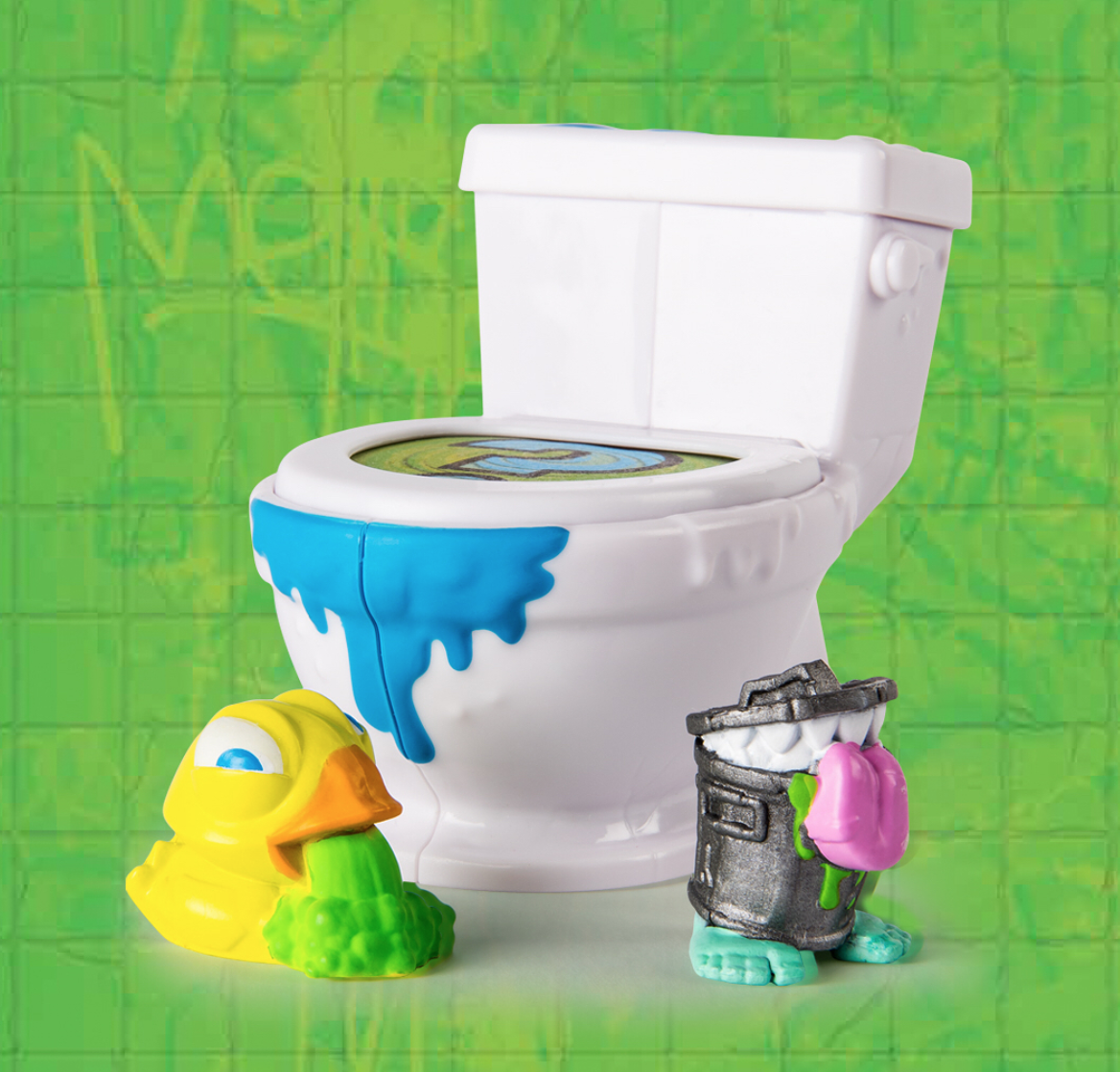 The gross-out factor was hard to miss this year. Just take Spin Master’s Pop-A-Zit game—a throw-back to Operation and a precursor to kids’ impending adolescence all at once. But the real star of the Toy Fair was the toilet, and all the things that belong in the toilet (and arguably nowhere else). Spin Master’s FlushForce is a potty-themed line of collectibles that plays on the unboxing trend by asking kids to “flush-and-reveal” their collectible character. Mattel’s Flush N’ Frenzy game involves plunging a poop with enough force to send it flying into the air. Hasbro also unveiled another game, Don’t Step In It, which wants kids to do exactly what the name implies—like playing Twister in an overpopulated dog park. Another toy took a new tack on the trend, combining Super Soakers with—not poop, luckily—but wads of toilet paper. Is Jakks Pacific’s Toilet Paper Blaster a segue into shooting spitballs across the classroom or just friendly fire with wet wads? Only time (and laborious post-fight clean up) will tell. So why is the toy industry betting on the bathroom? According to USA Today, experts say we have the popular poop emoji to thank (here’s the social media connection if you were wondering). The small dollop of chocolate soft serve has paved the way for potty humor by making it “more acceptable” to purchase toilet-themed toys and poop in particular. One toy analyst puts it more bluntly: “Yeah, poop is a theme. Kids think it’s funny.” 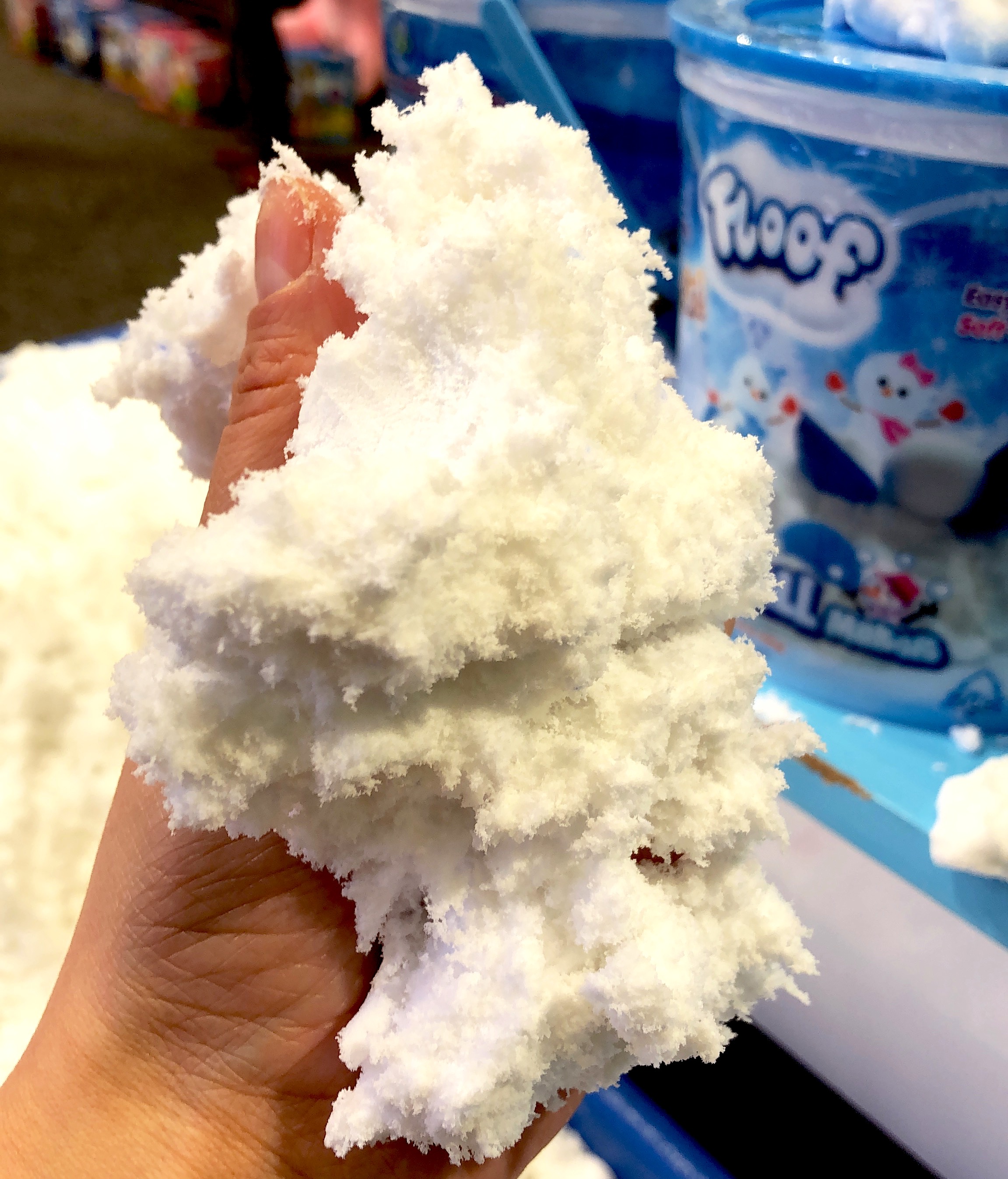 The Toy Industry Gets Slimed

Considering slime’s success in 2017, it’s no wonder toy brands have gotten into ASMR (autonomous sensory meridian response) by offering sensory toys and create-your-own kits. Cra-Z-Art and Nickelodeon have been quick to embrace the trend, teaming up to create branded slime kits that include everything needed to make Nickelodeon’s iconic, nostalgia-inducing green goo, “as well as a variety of colors and textures including glitter, neon, and glow in the dark.” This and Crayola’s Color Chemistry Lab Set also tap into STEM (another trend that continues to dominate the toy industry). Crayola’s version includes slime-making but also glow worms, erupting volcanos, and more. In addition to DIY options, there are plenty of pre-made slime available for kids who want the ASMR effect without the work. Floof and Liquid Lava Putty were among that category of tactile toys. Though the two feel somewhat different, the gist is the same: they’re fun to smoosh. Hog Wild introduced some slime options that link back to our last toy trend: Sticky the Poo, Sticky Unicorn Poo, and Sticky the Plunger. Both the brown original and the rainbow variation (if you’re wondering, we could write an entire section on unicorns at the Toy Fair, too) stick to whatever they’re thrown at.

This week, we hunted through the millions of toys at the New York Toy Fair to find the ...

You might know about slime and unboxing, but you’ve probably never heard of these other...

Across seven football fields-worth of toys at the New York Toy Fair this year, which tr...