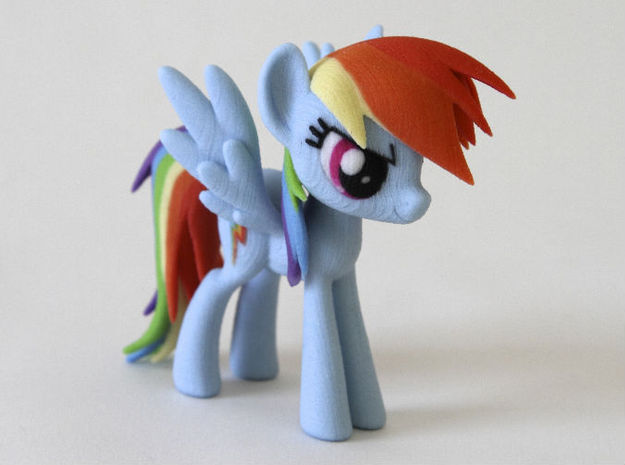 The world of toys is experiencing some major shifts. Iconic items like Barbie are having trouble attracting the next generation of kids, who are more interested in quirky, off-beat playthings like the Monster High Dolls. The increasing influence of smartphones and tablets on children’s playtime has forced the industry to integrate digital products into their lines. At the same we’ve seen a resurgence of traditional, hands-on and stripped down toys for the younger market, as parents try to foster an appreciation for offline, simple play. And don’t forget, DIY toys are hot commodities: Rainbow Looms have made £80 million to-date. That being said, it’s undeniable that toys are increasingly reliant on digital elements, and tech is driving some of the major trends in the industry. Today, we’re detailing three of the biggest emerging toy trends, to keep you up to date on what post-Millennials might have on their wish lists, and how playtime isn’t just about what’s in their toy boxes anymore: 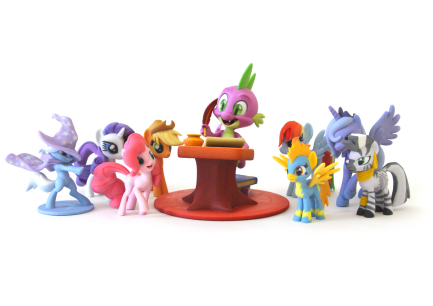 While currently the 3D print marketing is pretty much exclusively for grown ups, there are clear indications that for future generations 3D printing could be a regular part of playtime. In our roundup of what’s next for the 3D printing industry, we detailed Disney’s plans to use 3D printing in toy manufacturing, and how Disney Research is working to make the technology a solid part of the brand’s product future. Generally, 3D printed items are a hard plastic, which can be limiting when it comes to creating products for children. So Disney has found a way to print soft items by creating a 3D printer/sewing machine hybrid that produces “soft interactive objects.” But future generations might also be printing out toys for themselves. In July, Hasbro joined forces with 3D printing company Shapeways for the SuperFanArt project, a website dedicated to showcasing fans’ Hasbro-inspired artwork and allowing them to sell their 3D printed designs. My Little Pony is the first franchise being featured, thanks to its position as “a significant part of pop culture transcending both age and gender.” We identified Next Level Fandoms and Pre-Dev Engagement as two major Millennial trends in our Q3 2013 Quarterly Report, and this project certainly unites the two themes: encouraging a “mini-creator mindset” opens the door for pre-dev engagement among fandoms and could create excitement around new Hasbro products and custom toys. It’s easy to see how in the future, when the prices for using the technology begins to drop, younger consumers would also be encouraged to upload their fan-art to be 3D printed as a super-personalized plaything. Already we are seeing the beginnings of this future becoming a reality: Google’s Made With Code initiative’s first project encouraged girls to code by allowing them to create a custom 3D printed bracelet that are then shipped to them for free. And just this week, Amazon launched a 3D printing marketplace to give anyone the ability to print customized objects like jewelry, and of course toys. Currently, 200 printable objects are available to be customized on the marketplace and printed for $25 to $100. A brand that allows kids to log on to a site to customize their own toys and have them printed for a similar cost could be around the corner. 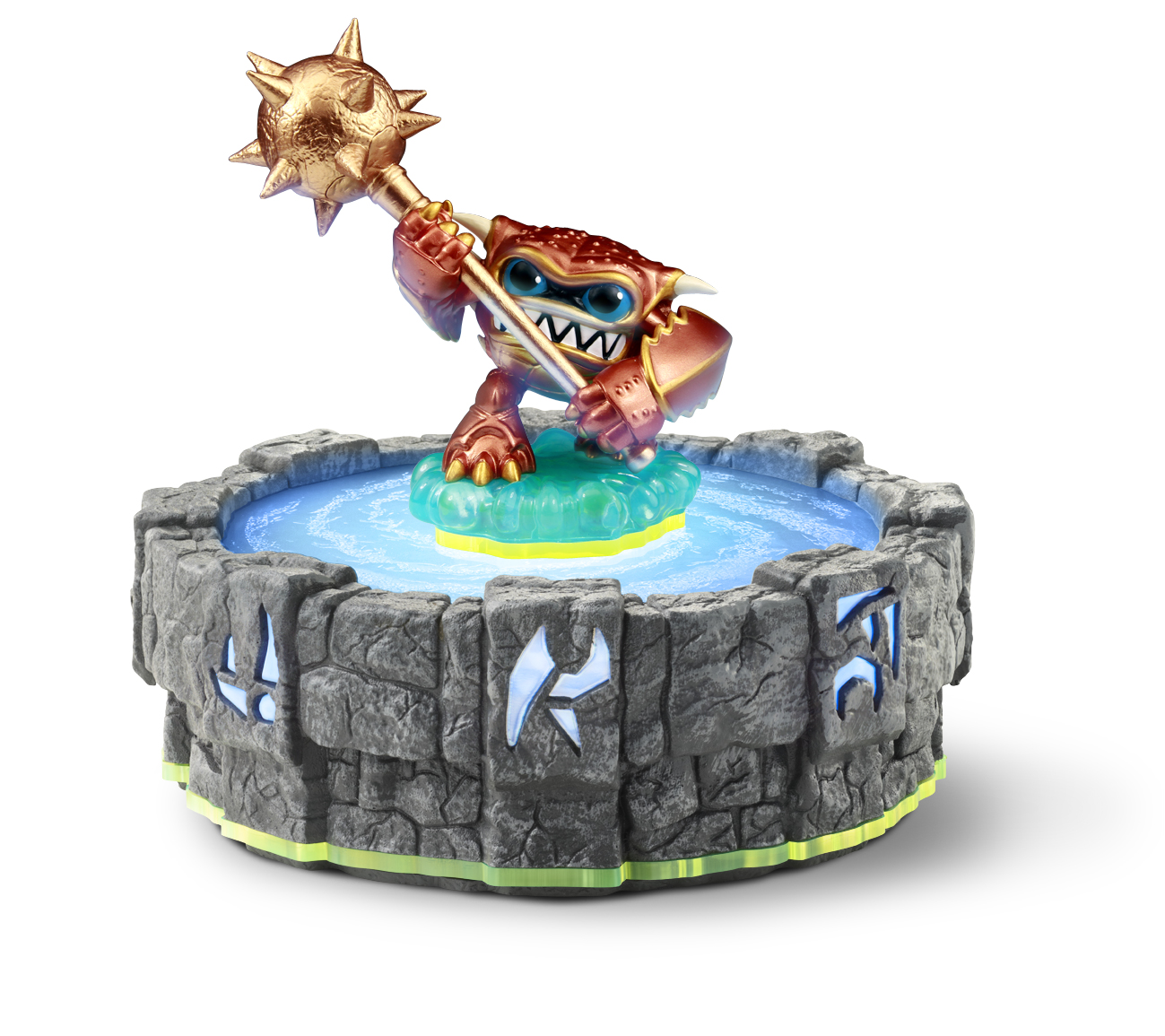 In our look at the gaming trends out of E3 last month, we called out the fact that toy integration—action figure-like products that interact with their video game—is now a major part of the industry. It’s also in major demand. According to GameByte, over 72 million children worldwide say that they want these “smart toys.” In essence, gaming brands are now not just distracting young consumers from playing with toys, they’re also entering the toy market. The first to make the leap into smart toys was Activision’s Skylanders. In 2011, the brand released a completely new mode of gaming in which aspects of a video game are saved in, and unlocked by, a small character figurine that locks into a gaming dock. Since the release of Skylanders, action figure-like smart toys have become a hot space in the video game market. In June, Nintendo has announced a new line of gaming figurines that some believe are an attempt to save the struggling Wii U console. The “toys-to-life” products are called amiibos, and are plastic mini-versions of some of Nintendo’s biggest characters. Amiibos will interact with a variety of games, “evolving” the more they are played with. One of the first games they will be compatible with is the upcoming Super Smash Bros., a game that brings Nintendo characters from a variety of games, from Mario to Kirby, together in one world. Both the figurines and the idea of a cast-converging game are echoes of Disney Infinity, which has been massively successful. By creating a game in which all of their characters interact in one world, and making each character a standalone smart toy that must be purchased to introduce it into the game, Disney has unlocked a new, seemingly endless, marketplace. Disney continues to grow the Infinity world, and just announced a Guardians of the Galaxy character set at this weekend’s Comic-Con. At this point, the reality is that smart toys will be a major part of not only the gaming industry, but the future of the toy industry as well. 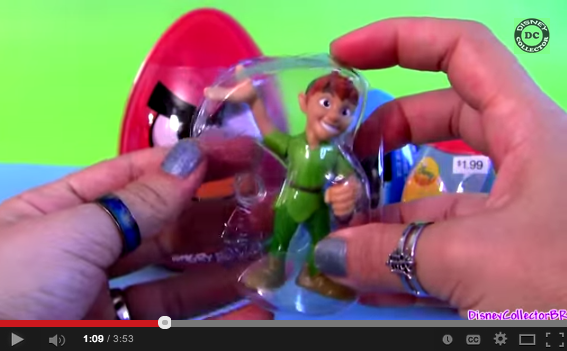 No, we’re not talking movies based on toys, though of course the wildly successful Lego Movie ensured that we will not be seeing an end to films inspired by board games and dolls anytime soon. (A live-action Barbie movie is currently in the works, and Lego sequels are forthcoming, just to name two.) But in addition to that big-budget toy entertainment, we’re seeing today’s kids fascinated with amateur footage of actual toys, and “unboxing” toy videos online are captivating them for hours on end. In fact, according to BuzzFeed, an anonymous, adult, toy reviewer is one of YouTube’s biggest stars. DisneyCollectorBR posts videos of toy unboxings watched by millions. Her most watched video is called “Angry Birds Toy Surprise Jake and the Never Land Pirates Disney Pixar Cars 2 Easter egg Spongebob.” In it, she does nothing more than unwrap and open a series of “egg surprise” trinkets to show what is inside, commenting only basically on the prizes found within. It currently has over 91 million views. Apparently, the simple videos of a toy being opened and played with by adult hands are “entrancing” kids, who watch one after another. You only see the YouTube star’s hands, and there is close to no information about the person behind the account online. The toy unboxing video trend is one that mystifies older generations—why would kids want to watch toys being taken out of their packaging for hours? Wouldn’t they just want to play with the toys they have? This could be a case where the next generation’s lack of distinction between online and offline is being made apparent. They’re just as intrigued with something they see on a screen as they are with something they can hold in their hands, and physical “ownership” does not seem to have the same value to them (as virtual goods have also proven). Whatever the reason, this toy entertainment is wildly popular, and a trend that we’ve yet to see many brands take advantage of.