The Entertainment Millennials Enjoy Most Has Nothing to Do With Screens 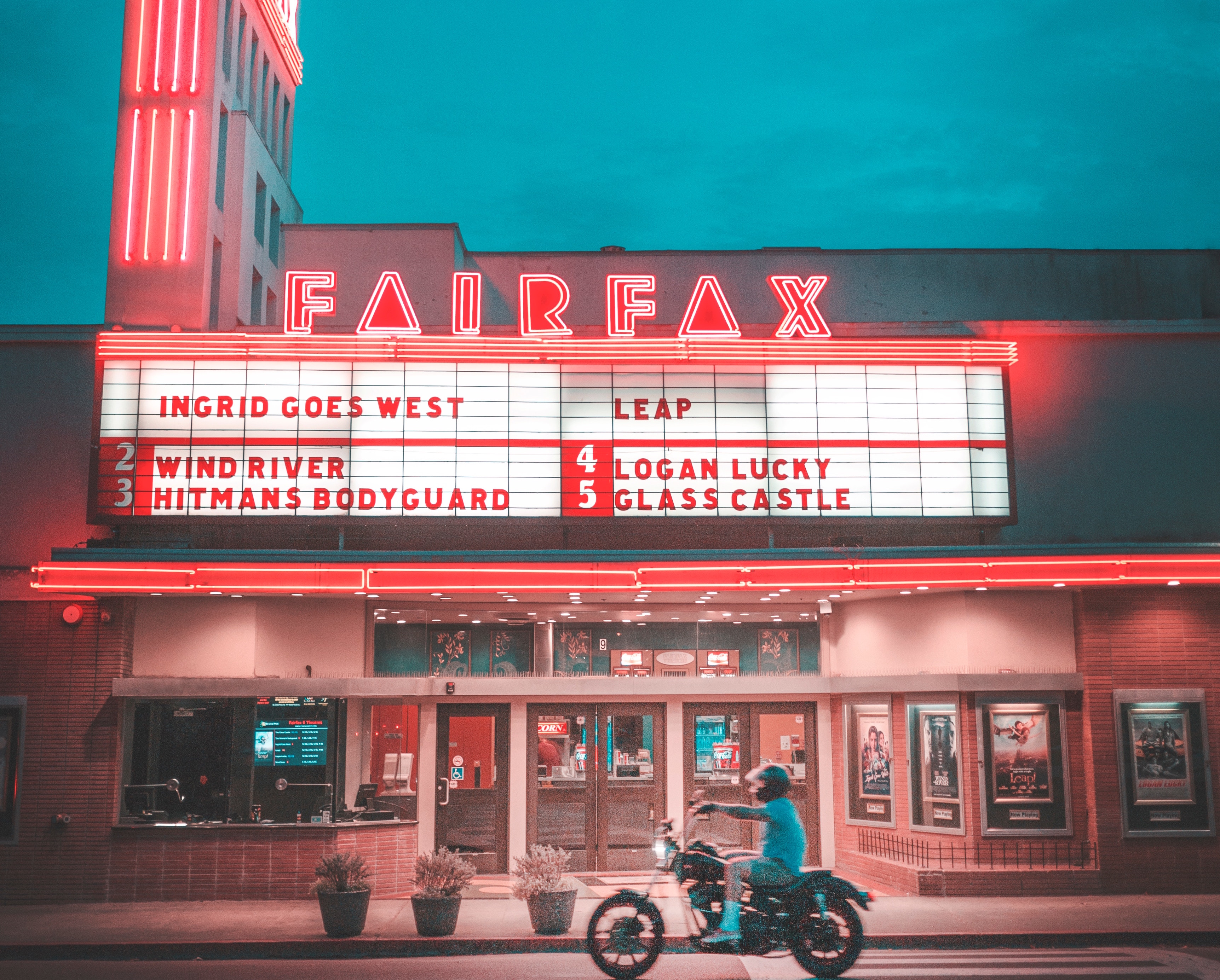 Of all the entertainment they actually spend on, what do Millennials and Gen Z enjoy the most? We asked 1000 13-35-year-olds and discovered their favorites, and found something that may surprise you…

Young consumers are infamous for finding ways to entertain themselves without spending money the same way their parents did. YouTube (free) is the top platform they watch video content on weekly (according to Ypulse’s most recent media consumption tracker), they’re not above downloading music, movies, and more illegally if they can’t afford to pay for it, and, of course, they beg, borrow, and steal the passwords to any streaming account they can get their hands on. But the idea that Millennials and Gen Z just won’t spend on entertainment isn’t true. In our monthly surveys, we keep tabs on exactly how many are spending on events and experiences, music, movies, video games, books, and streaming subscriptions every month. So we know that many are willing to fork over their disposable income to access the entertainment they want—but which is their favorite?

We know their favorite TV shows, the magazines they’re reading, their favorite celebrities, and much more about their entertainment preferences—but we also wanted to keep tabs on the overall kind of entertainment that resonates with them most. In our most recent monthly survey of Gen Z and Millennial consumers, we asked 1000 13-34-year-olds, “Of all the things that you spend money on for entertainment inside of your home or outside your home, what do you enjoy the most?”* Here are their top responses:

*This was an open-end response question to allow us to capture the full range of entertainment that Gen Z and Millennial consumers say are their favorites—without our preconceived ideas shaping their responses. As with any qualitative question, the responses include those that are top of mind and those that are most popular. The lists are ordered according to number of responses received, and alphabetically when ties occurred.

The Entertainment They Enjoy Most

Ah, the foodie generation. Restaurants were the top form of entertainment that 13-35-year-olds overall said they enjoy spending their money on, with media streaming services like Netflix, Hulu, and Amazon coming second. Millennials were more likely than Gen Z to say restaurants and dining out is their favorite form of entertainment (more on the generational differences in a bit), making this generation the one more likely to enjoy a form of entertainment that has nothing to do with screens. While one 20-year-old female told us she “never regret[s] spending money on food,” the social aspect of dining out was a major driver for many respondents. Having an experience they can share with friends, trying new things, and getting out of the house were common themes we saw in their explanations of why restaurants are a favorite entertainment. It’s also worth noting that several of the top favorite entertainment forms that made the top 15 list are screen-less endeavors, including travel, concerts/festivals, books, and games.

But as we mentioned, Gen Z’s favorite entertainment was not the same as Millennials. Here are the differences we saw in ages and gender: 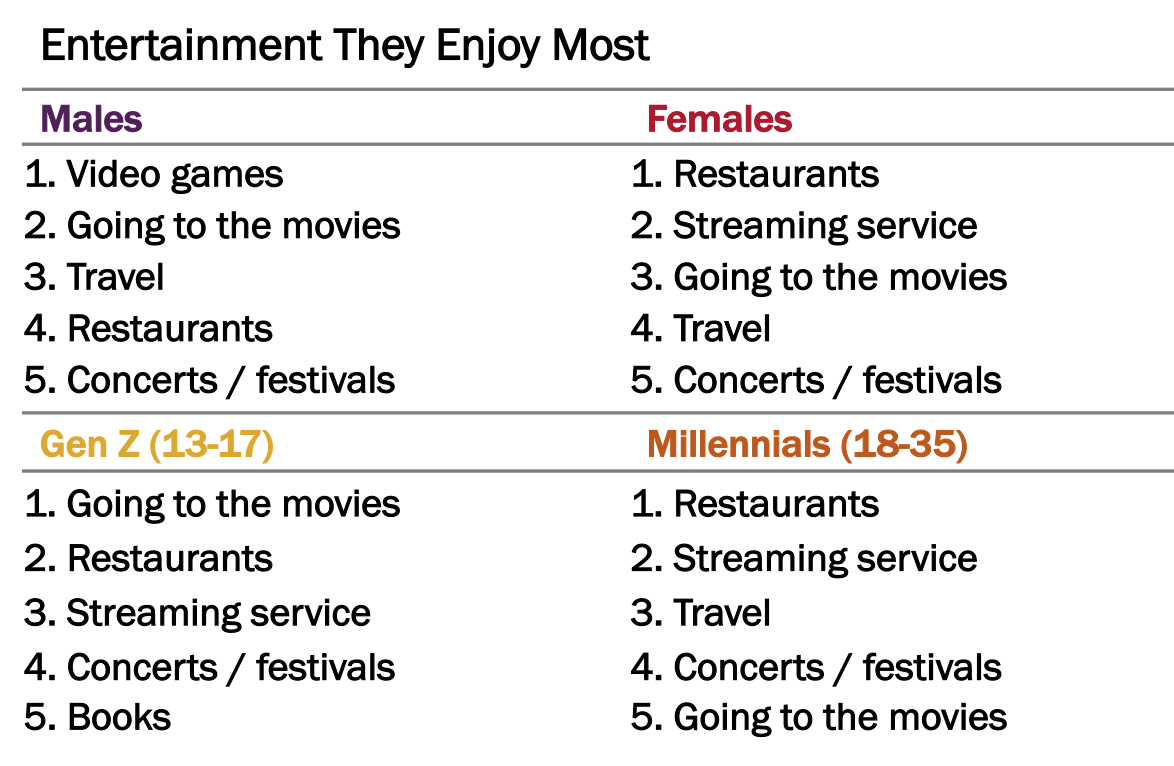 Going to the movies is the top response we saw among Gen Z, followed by restaurants, then streaming services. But it is interesting that the entertainment that made the top of the list for both generations requires an in-person, out of the house experience. As much as we know that young consumers enjoy their time at home, clearly there is still a desire to shake things up and get out. 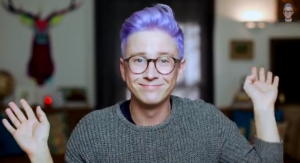