Millennial Pink, Unicorn Toast, and Slime: The Trends People Are Talking About

Are you up-to-date on what’s trending?

These days, some trends last a week, and some appear and disappear as quickly as 24 hours. On the internet, where so many trends are started and spread, attention is notoriously short and everything moves quickly. So when the lifespan of a trend stretches into weeks and months, it stands out. Today, we’re keeping you up-to-date on three trends that are living beyond the usual blink-and-you’ll-miss-it timeframe: 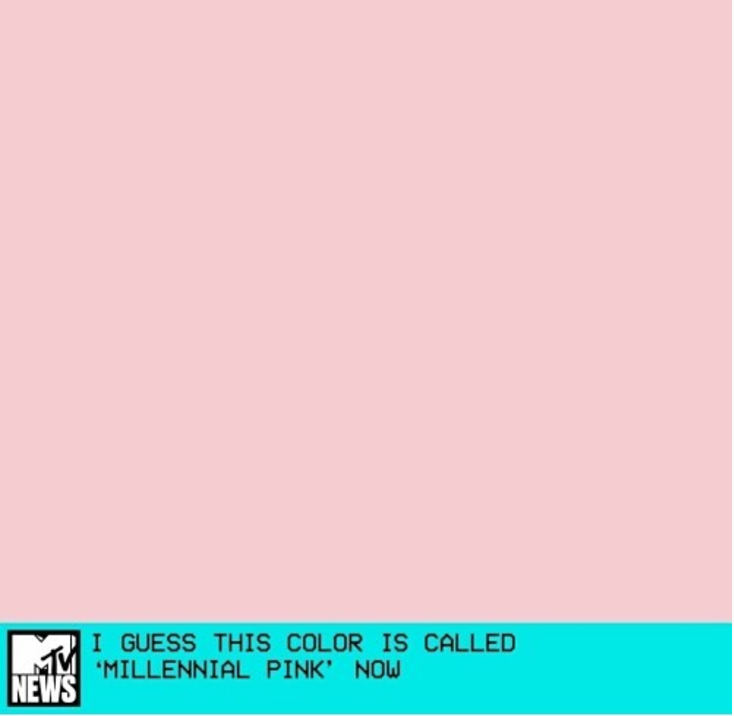 You might have noticed the term “Millennial Pink” cropping up in headlines lately. The color trend has exploded into an obsession, with news outlets and blogs cataloguing everything Millennial Pink they can think of: Millennial Pink travel destinations, Millennial Pink items to buy on Amazon, how to wear Millennial Pink, and more. So how did we get here? In August of last year, New York Magazine published an article asking, “Is There Some Reason Millennial Women Love This Color?” The piece catalogued the growing number of marketing and design examples that used the same shade of muted or dusty pink/salmon—from Thinx ads to popular book covers. The initial observation was reportedly made by an MTV writer who tweeted, “im in a group text about how everything looks like this now.” Indeed, the popularity of the pink in question had been growing, as evidenced by the number of “cool girl” brands that have made the color a core feature of their logos, products, and feeds—brands like Beautycon, Glossier, Cha Cha Matcha, and Thinx, just to name a few. 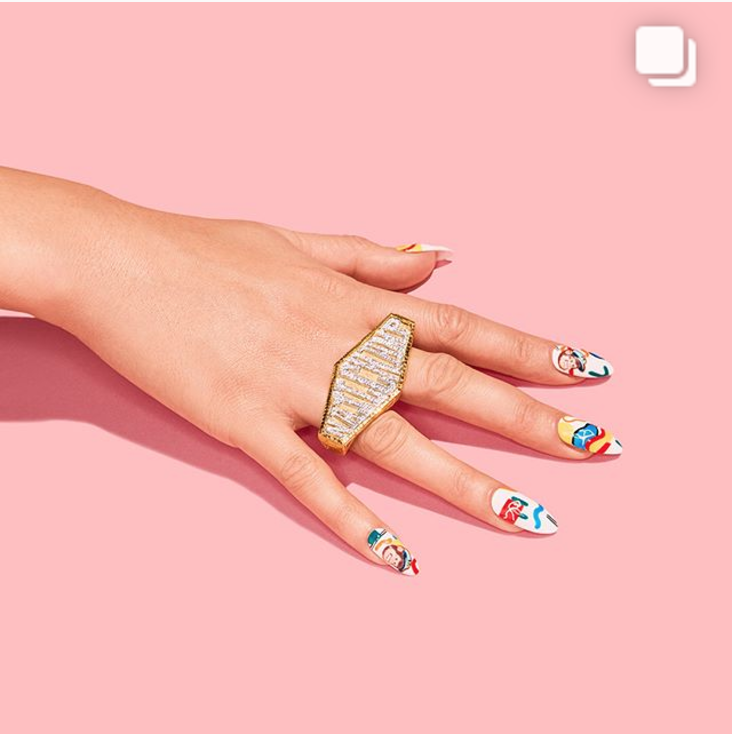 Once you know about it, you’ll start to see Millennial Pink everywhere. Last week, as we reported, NYMag announced that the Millennial Pink trend is still going strong. Some say it’s continuing to trend because the color continues to sell product. The owner of one boutique told NYMag, “We’ve upholstered things in this emerald green that we’re excited about, but it sits there for months…The second I show a pink thing—anything—it leaves so quickly.” Others argue that the color is so popular because it looks great on Instagram, and these days, Intagrammability is a pathway to success. Or is it that Millennial Pink is being embraced by a generation less inclined to reject pink because of its culturally imbued girliness, making it the ideal “genderless mascot” for Genreless Gen young consumers? It does bear a striking resemblance to Rose Quartz, one of Pantone’s two colors of the year for 2016, chosen because of “a gender blur…which has in turn impacted color trends throughout all other areas of design…coinciding with…a generation that has less concern about being typecast or judged.” 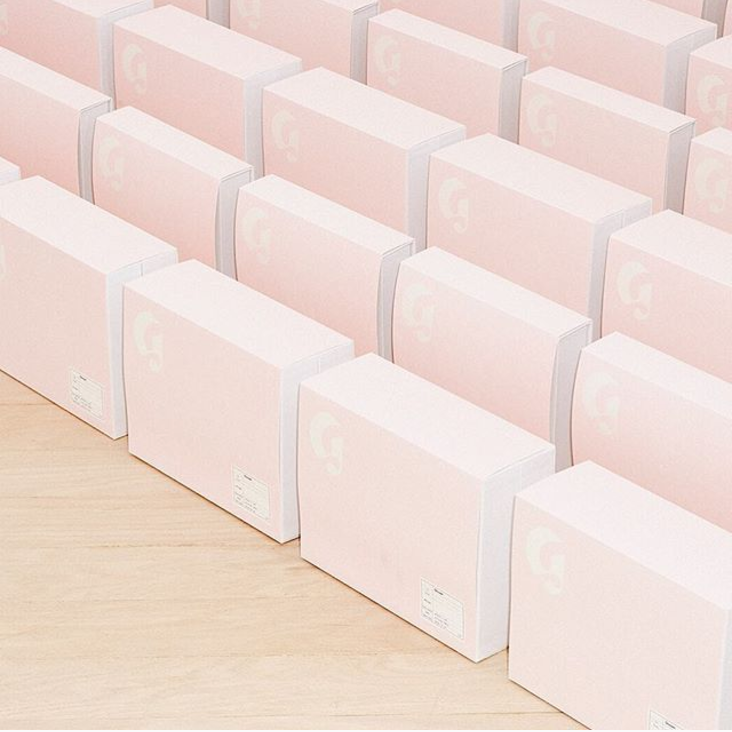 Of course, in some ways, the trend is being amplified by the media, thanks to its catchy name and current buzzword status. (As we saw with Normcore, a name can make a trend seem like more than it is.) The term is being thrown around so much that articles bemoaning its usage have of course started to appear as well, and last week Slate posted “Stop Calling Everything Millennial Pink,” declaring that “not every pink is Millennial Pink.” But in the case of Millennial Pink, the evidence of its popularity is all over Instagram, and in many young consumers’ carts as well, and the eagerness to count all pinks as Millennial Pink can also be taken as a sign of its current esteem. Though the obsession with the color will likely not last forever, the embrace of a traditionally feminine tone by so many brands, restaurants, and Instagrammers certainly says a lot about what attracts young consumers today. 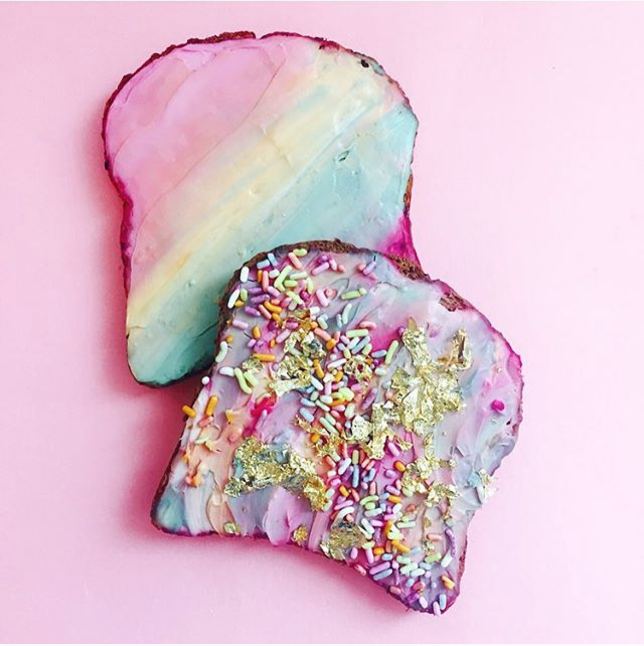 Last week, we explored the enduring appeal of fantasy among Millennial consumers, who are keeping mystical and magical trends alive, and bringing them into their adulthood. We catalogued many examples of the fantasy economy, but one in particular has been trending of late: Unicorn Toast. The brightly colored, sometimes sparkly toast has been trending on Instagram, another iteration of the Unicorn Food trend that doesn’t seem to be disappearing. The trend is a version of the lasting Rainbow Food obsession, but instead of primary colors, a mix of bright pastels—and sometimes neons—are usually combined in unicorn-inspired treats, and the addition of mythical creature adoration is mixed in as well. Twenty-six-year-old food stylist Adeline Waugh (who has more recently invented mermaid toast) first posted the pastel-hued toast on her Instagram feed Vibrant and Pure, captioning it “watercolor” before her followers re-named it Unicorn Toast and began spreading the images like wildfire. She then embraced the trend, creating more iterations of the sprinkle-laden snack. Teen Vogue ran a post on How to Make Unicorn Toast last November, giving instructions straight from the originator of the photogenic snack to their readers. 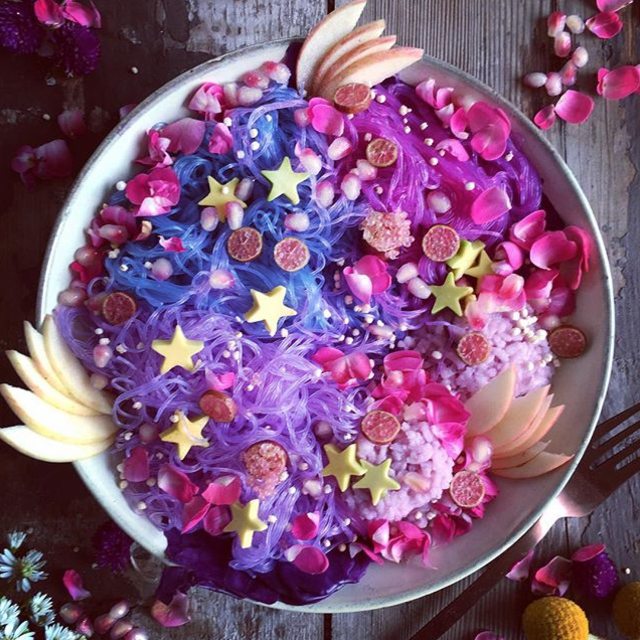 Then, examples of Unicorn Foods began multiplying, with a Unicorn Latte (topped with sprinkles) sold in Brooklyn, and Unicorn Noodles (dyed with vegetables to make a brightly colored bowl) trending online this week. In February, the blog Well + Good explained the Unicorn Foods trend as an example of the desire for joyful and uncomplicated things in a turbulent time. Eater included Unicorn Toast and Unicorn Noodles in their recent post cataloging what they call “Lisa Frankenfoods,” or “wildly colorful photos of foodstuffs bearing classifications like ‘mermaid,’ ‘galaxy,’ and ‘unicorn.’ Like all great viral foods, they’re meant to be consumed with your eyes, not your mouth. But that doesn’t stop ‘grammers and food bloggers from feverishly sharing them and trying to create new dishes inspired by mythical creatures and the heavens above.” So while unicorn backlash might be taking place in some corners, we can expect mythical-associated, colorful foods will continue to be created and spread by young consumers, who might be looking for a little visual joy, and certainly aren’t tiring of new kinds of Instagrammable plates. 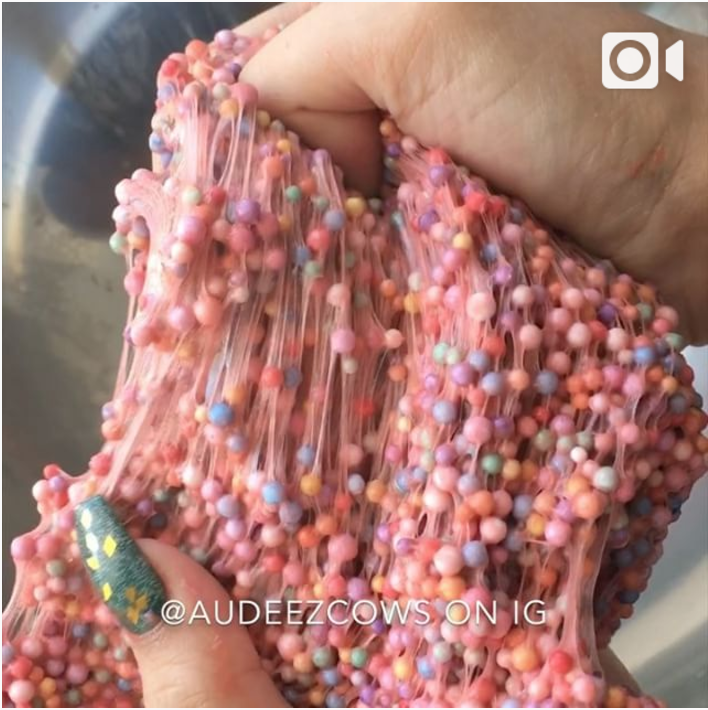 In January, we reported on the “tween-dominated” market of homemade slime spreading across the country’s schools, citing the millions of #slime Instagram posts and YouTube tutorials as evidence of slime’s viral status. One teen told BuzzFeed that slime is a “stress reliever”—which makes sense considering how anxious today’s middle and high schoolers are. The popularity of slime Instagram feeds is mind-blowing, with just ONE slime-focused Instagram, @rad.slime, boasting 463,000 followers. That Instagram also links to a rad.slime store, selling “Homemade slime for a stress/anxiety reliever, or a sensory toy.” It’s actually so popular that young sellers are feeling the heat from the competition. One 12-year-old, who sells her slime for a dollar an ounce, told BuzzFeed: “There’s a lot of other people who sell slime and it’s really annoying because then you don’t get as many customers as you want.” 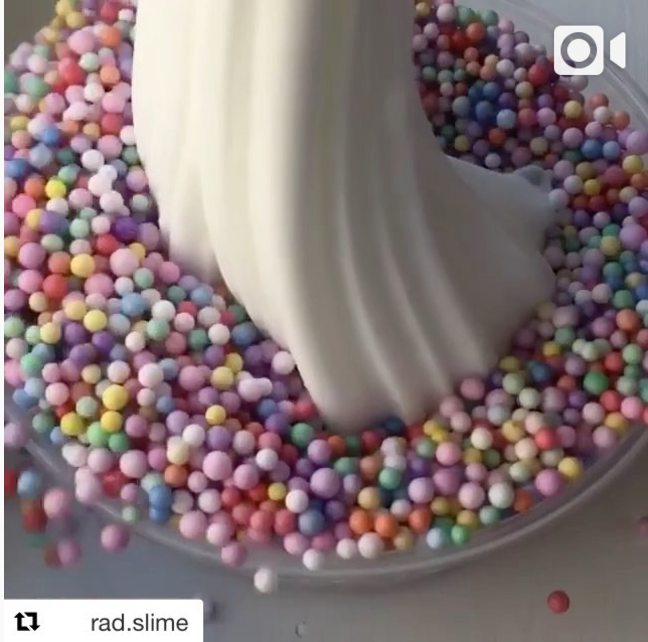 The demand for DIY slime has not let up, with kids continuing to make and sell their own slime creations. In February, the Wall Street Journal wrote about the entrepreneurial girls creating school-yard startups to keep their peers into slime. How-to slime YouTube videos often star glue as an ingredient. A week later, news stories reporting that stores are struggling to keep glue (the number one slime ingredient) on shelves surfaced. We also reported on the brands seizing the opportunity to turn a trend into marketing opportunities: Elmer’s Glue has been forced to “step up” production, but they aren’t trying to slow demand, instead the brand has embraced the movement, posting their own how-to videos, and assembling a team that tracks the trend and creates recipes. Cra-Z-Art and Nickelodeon are also embracing the trend, teaming up to market and distribute branded slime kits that include everything needed to make Nickelodeon’s iconic green slime, “as well as a variety of colors and textures including glitter, neon, and glow in the dark.”