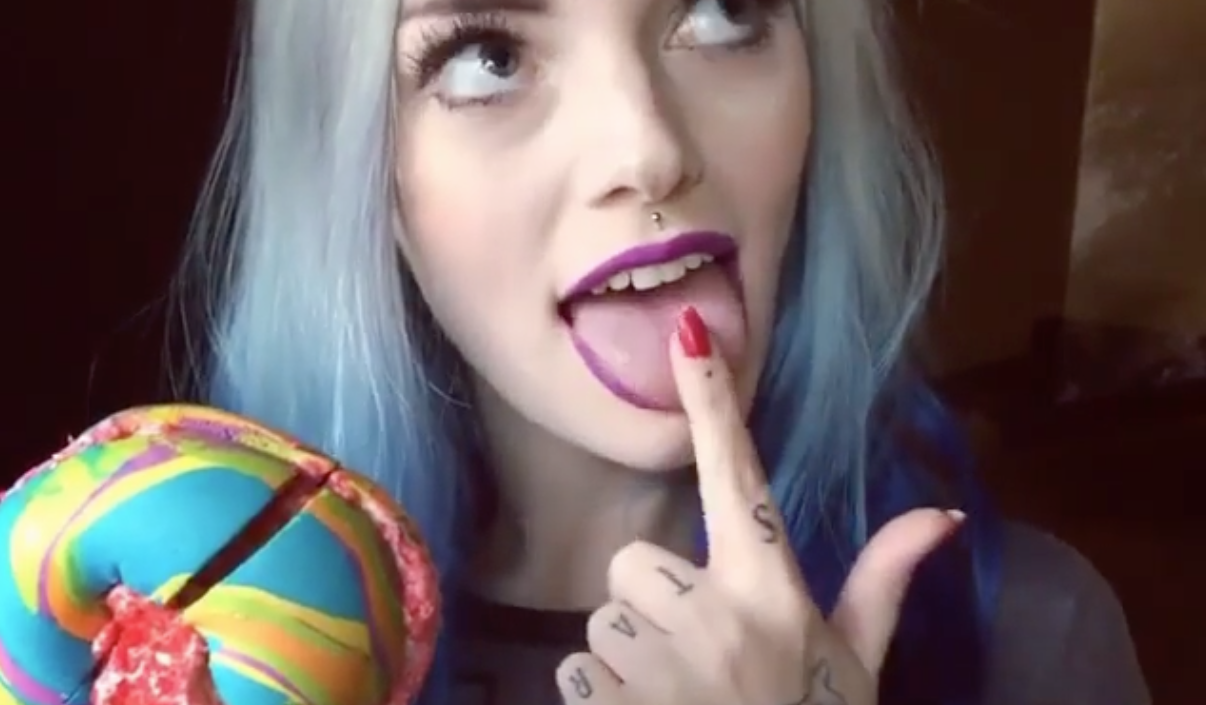 Yes, lots of social media trends are gone as fast as they start, but some continue to fascinate and spread. Here are three with staying power.

Social media has the power to turn a small idea into a viral trend, reaching a vast global audience and influencing purchases, designs, and behaviors. Keeping on top of what’s hot could help brands connect with young consumers in more authentic ways. However, we all know trends can come and go, and what was in one day could be out the next. But not all fade away, and these three social trends have shown they have serious staying power, and you might want to take notice… 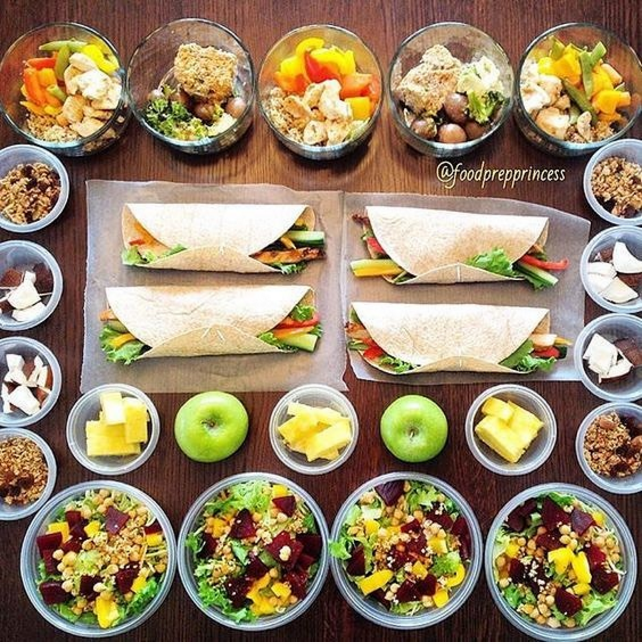 Have you seen the photos of neatly organized and portioned arrangements of food all over Pinterest and Instagram? If so, you’ve been witness to the Meal Prep phenomena, a social media trend that has drawn in thousands of followers. There are currently over 3 million photos tagged #MealPrep on Instagram. The account Meal Prep Daily boasts 137,000 followers, Meal Prep Mondays has 264,000, and Meal Prep Society has 80,000 followers—and that’s not even the tip of the iceberg, considering the number of health guru Instagrammers and bloggers who post meal prep photos as a part of their overall healthy inspo. Posts curating inspirational meal prep pics have been showing up on health blogs for the last year, plus. Meal prep feeds are full of perfectly arranged portions of meals that are without a doubt visually appealing, but meal prepping has staying power because it’s a social media trend fueled by an actual health movement—and we know how obsessed with healthy eating Millennials can be. Meal prepping is healthy eating through intense organization—with meals pre-planned and packaged, participants aren’t as tempted to reach for something quick and unhealthy. Meal preppers often devote an entire day at the beginning of the week to their efforts. Meal prep photos on social media are the result of those sessions, and make healthy eating look more attractive than it ever has. 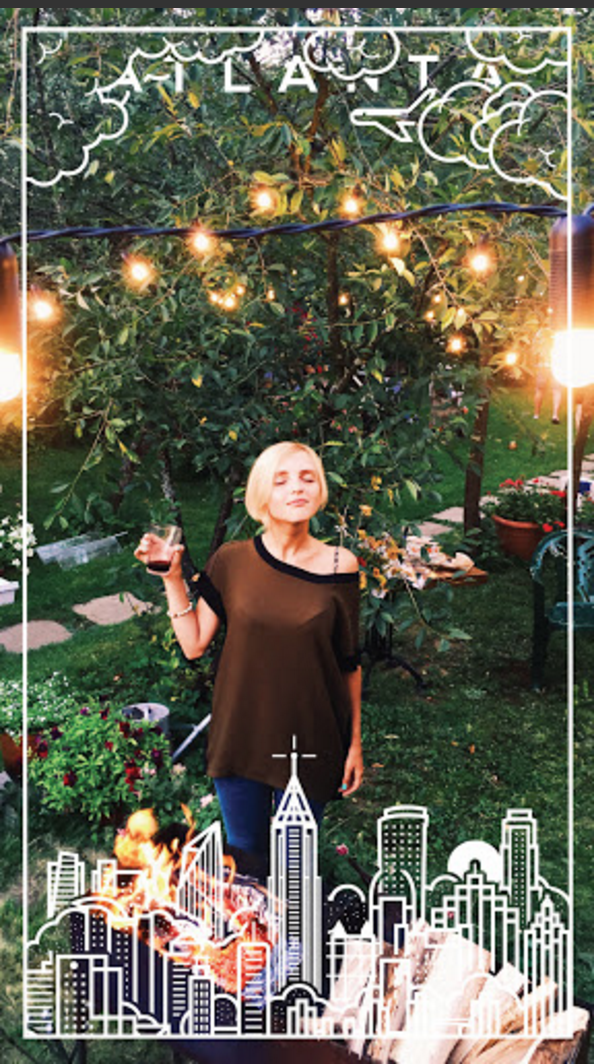 Look out wedding hashtags, Snapchat geofilters are here to take away your spotlight. Snapshat users can add filters to their photos based on their location—but as of this February, they can also create their own. Snapchat calls them “on-demand” geo-filters, explaining on their site, “Whether it’s for a house party or wedding, a coffee shop or campus-wide event, Geofilters make it easy for Snapchatters who are there to send your message to friends.” These geofilters could be seen as just another Snapchat tool, but Tech Insider reports that they’re having a bigger impact. The site explains that, “Snapchat is changing how people celebrate major events,” and sites examples of geofilters being created as part of promosals, job searches, and of course, weddings and engagement parties. Because literally anyone can make a geofilter for very little cost (as low as $5), the trend has the potential to take off beyond the dedicated creative users who have tried it so far. 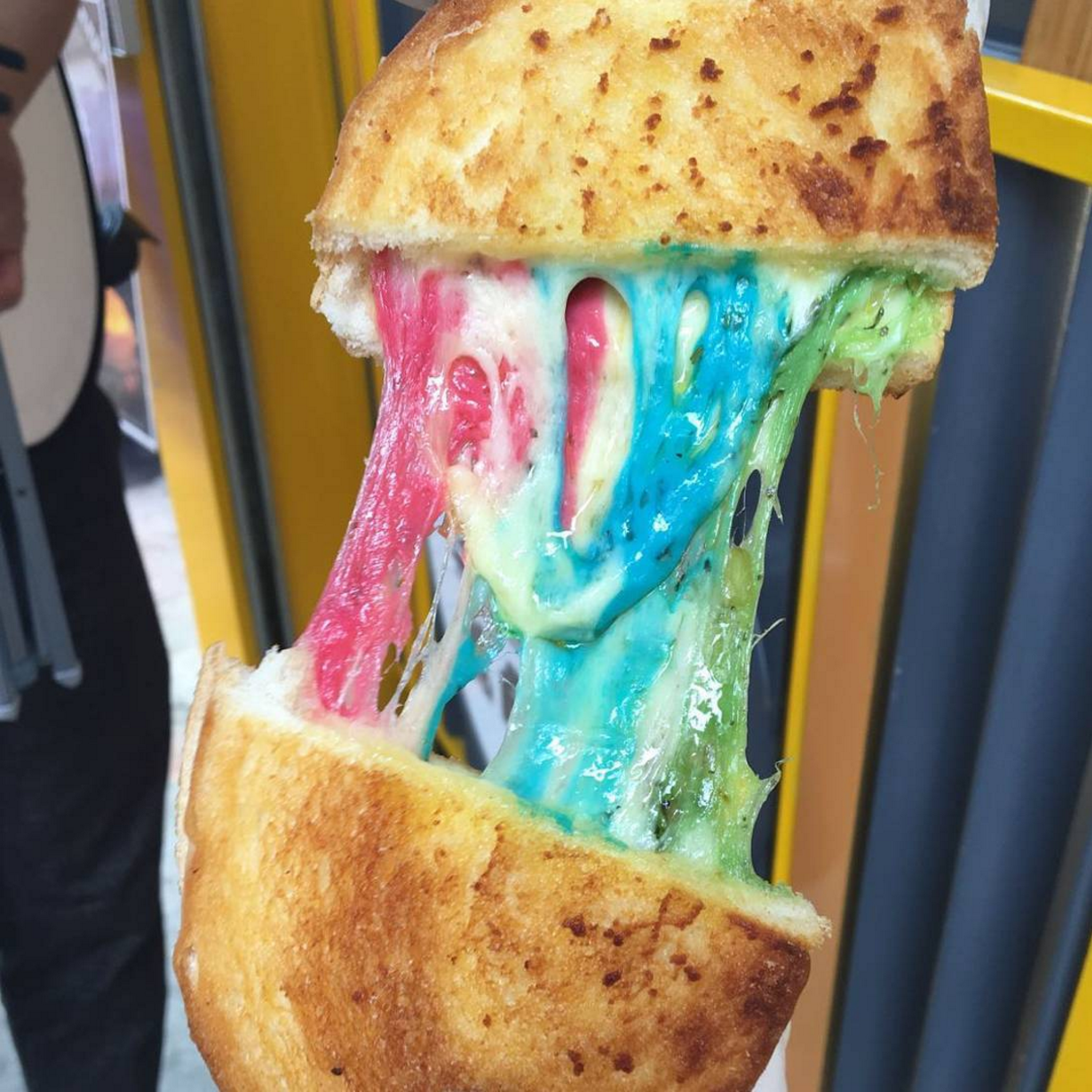 Did it start with rainbow hair? Or was it rainbow cake that started it all? It’s hard to say where the internet’s rainbow obsession began, but it’s been going strong for years, and it shows no signs of slowing. Every week, it seems there’s a new rainbow food or product that websites and social media alike are buzzing about. Some recent rainbow hits include the rainbow grilled cheeses in London that had urbanites and tourists alike lining up, the rainbow sushi that blew up on Instagram, and the rainbow bagels that everyone was talking about earlier this year. Oh, and we can’t forget about rainbow coffee, which prompted Eater to declare, ”The rainbow food trend will consume us all.” These rainbow food stars are also a part of what Grub Street calls the viral food trend. They report that overly hyped foods, usually more about the social media photo they can produce than the actual taste, have Millennials creating a “line apocalypse.” Cases have been sweeping the U.S., including those rainbow bagels in Williamsburg, NY. But it’s not just rainbow foods that become obsessions (though foods dominate the trend because, well, it’s the internet). This rainbow face highlighter inspired multiple adoring posts just last month. Brands take note: Just slapping rainbow packaging on something isn’t enough—it’s the food and products that have rainbow as an intrinsic part of what’s being consumed that really take off online. While BuzzFeed might have published a post jokingly saying that rainbow food needs to be stopped, but we don’t see this trend going away anytime soon.