How Fast Food is Keeping Up with Millennials: Insight from Millennial 20/20 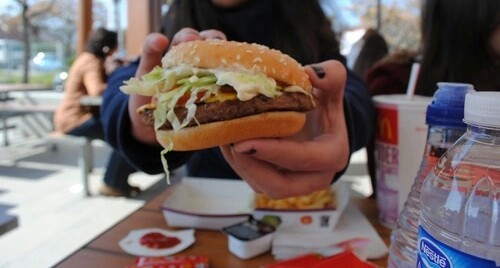 At this year’s Millennial 20/20 Summit, we heard directly from fast food brands about what they’re doing to stay relevant in the lives of young consumers…

Last week we were commingling with the movers and shakers of the youth marketing scene at the New York Millennial 20/20 Summit, hearing how Millennials are rapidly changing the way that business is done. We gained interesting insight sitting in on presentations and panels, and will be sharing more of what we saw and heard over the coming weeks.

Today’s Millennial 20/20 insight relates to fast food, an industry that doesn’t get a lot of love from those who regularly report on Millennial & Gen Z trends. While it’s true that young consumers are searching for healthier and more natural options, and that innovators such as Chipotle, Shake Shack, and Five Guys continue to draw a lot of attention, it’s also true that Millennials’ interest in healthy eating doesn’t mean they’ve sworn off fast food entirely.

Meanwhile, the titans of the fast food world aren’t exactly asleep at the wheel. Despite the fact that they operate thousands of locations worldwide and serve all generations, we heard directly from a few big fast food brands about what they’re doing to stay relevant in the lives of young consumers. Here’s what we learned from McDonald’s, Subway, and Taco Bell at the Millennial 20/20 Summit: 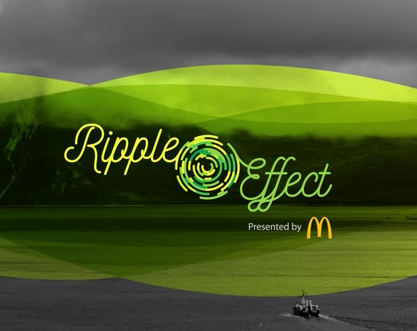 In December, we ranked the favorite fast food brands of Millennials & Gen Z, asking 1,000 males and females aged 13 to 34 the following: “Thinking about fast food or quick service restaurants, where you have the option to order your food at a counter or drive-thru, which fast food restaurant is your favorite?” The company that was cited most often? McDonald’s. Paul Matson, Director of Social Engagement for McDonald’s, pegged the chain’s number of daily transactions in the U.S. at 27 million across more than 14,000 locations, leading one to assume that for every visit to Shake Shack that is proudly posted on social media, there are dozens more unposted visits to McDonald’s.

So, what’s the problem? The fact that young consumers aren’t exactly owning up to every visit makes McDonald’s the brand relationship that they just aren’t bragging about. Being the largest chain in the market draws its fair share of media fire as well, which is why step one in creating a healthier relationship with young consumers is playing to their own food experiences. The solution was to develop sponsored content on Mic.com in a series dubbed the Ripple Effect, creating food-trend articles that are relevant for Millennials, and also position McDonald’s positively as a thought leader. Cory Haik, Chief Strategy Officer for Mic, described how the Millennial popularity of Mic represented fertile ground for McDonald’s messaging. In a world where Millennials are blocking ads and consuming video on streaming services rather than TV, partnering with Mic to create a series of sponsored articles, along with related videos on YouTube, represents a long-term, grassroots brand rebuild. 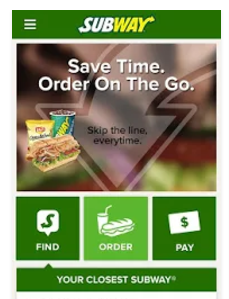 If there’s a company that rode the wave of ‘fresh’ from the start, it’s Subway. With nearly 27,000 restaurant locations in the U.S., they’re nearly twice as ubiquitous as McDonald’s. Sandwiches are consistently made from scratch in front of customers, allowing for customization at mass scale. Subway’s VP of Marketing Technology, Carissa Ganelli, was on hand to talk about how the new Subway app is keeping them connected with their customers. First, the app reduces the time spent waiting for a ‘one of a kind’ sandwich experience. Convenience has only become more valued since we published the trend Ain’t Nobody Got Time for That, largely driven by expectations on mobile. Second, they’re using mobile technology to drive repeat visits with a cash-back loyalty program that offers built-in examples of Surprise and Delight. Citing research that they’ve conducted, their efforts are driven by the insights that 60% of customers don’t know what they want for lunch an hour before lunchtime, and 44% of customers use their smartphones to decide what to have for lunch each day. With new app technology, they’re betting on mobile as the glue that will keep customers coming back for more. 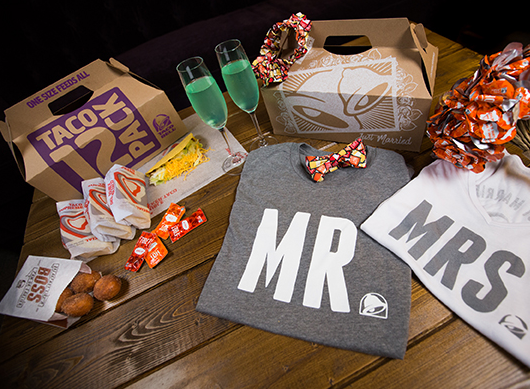 Despite having 7,000 locations in the U.S., Taco Bell is a brand that punches far higher than their weight class would indicate, cited as the 5th favorite fast food restaurant in our young consumer rankings. Described by Melissa Lora, President of Taco Bell International, as an insights-driven organization, they aim to first understand young people before attempting to make themselves understood by them. Their hard work and ‘anything goes’ mentality is paying off with unique engagements – from having the option to get married at their Las Vegas location, to asking an up-and-coming Canadian fashion designer to create a Taco Bell-inspired winter coat, to taking its restaurants in India upscale. We see Taco Bell mirroring Millennials’ desire to break out of the fast food genre by focusing on experiences that whimsically carry the brand along for the ride.

As a global brand, Taco Bell also localizes everything from branding to architecture to spice levels on a country-by-country basis, resulting in more than a few globe-trotting Millennials to seek out what their favorite brand looks like while traveling. According to Lora, “Millennials are similar the world over, they just express themselves differently.” Taco Bell’s ability to follow suit without seeming to be ‘trying too hard’ is a testament to their deep understanding of what makes Millennials & Gen Z tick.