5 Brands Standing Out On Social Media 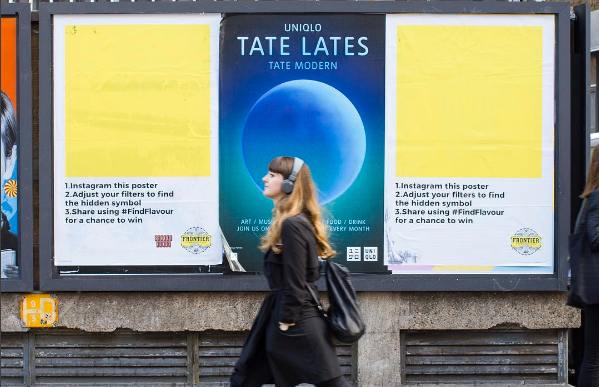 Having a social media presence is not enough to reach the ad-skipping generation. Here’s a roundup of brands using platforms in new, innovative ways…

Young consumers have found a second home on social media, and brands have made it a part of their regular marketing strategy to meet them there. However, merely having a presence on networks isn’t enough. Take two of the most popular social spaces with Millennials and teens: Instagram and Snapchat. Brands are rushing to create their own accounts and ads for the networks, but according to a Survata analysis, most 13-34-year-olds are neutral about ads on both platforms, with more saying they rarely notice them than those saying they hate them. The survey also revealed that about 62% of young users say they can’t remember seeing specific Instagram ads, and 74% say the same for Snapchat ads.

Obviously creativity is key for brands looking to connect with the ad-skipping generation on social media, and that may mean foregoing the traditional route and using the platforms’ known features in new, innovative ways. Here’s a roundup of five brands standing out from the social crowd: 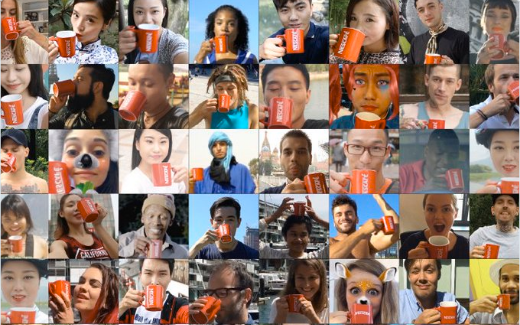 In celebration of National Coffee Day, Nescafé united coffee lovers across the world in a 24-hour live-stream across Facebook, Twitter, and YouTube. The #GoodMorningWorld event requested submissions of people enjoying their morning coffee to form a “mug chain,” and ended up engaging 15 million people in over 60 countries. Famous YouTubers, Instagrammers, bloggers, and vloggers also joined in on the first full-day multiple-channel live-stream hosted by a global brand. The user-generated approach was part of the brand’s ongoing effort to attract young consumers. 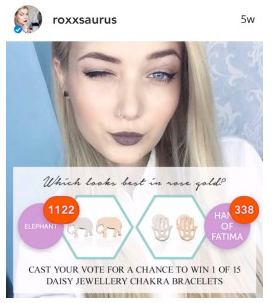 U.K. jewelry brand Daisy London knows the frustration of keeping up with “lightning speed” trends. So, in an effort to minimize risk, they’re using messaging app Yubl as a tool to ask teens what they want directly. Yubl is frequently one of the top ten downloaded social apps on iOS, and its “this or that” voting function is one of its most popular features. For Daisy London’s new collection of mismatched earrings, created in collaboration with YouTube star Roxxsaurus, Yubl’s voting system was used to narrow down 13 earring styles to a final set of five, as well as choose colors and how the jewelry would be packaged. The interaction prompted 7,500 votes and grew the brand’s following on the network by 692%. 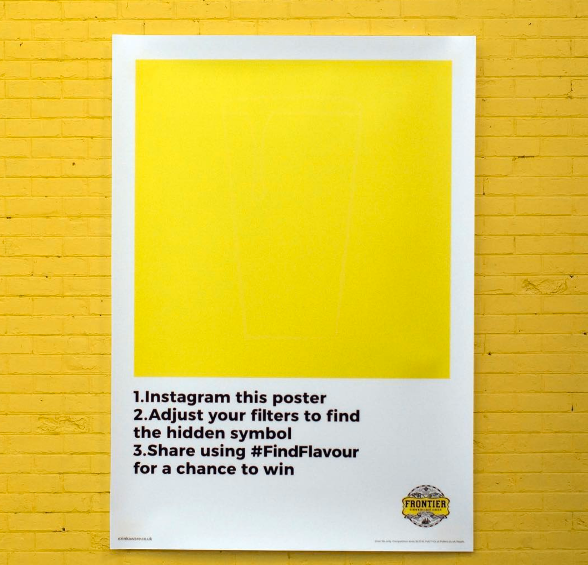 Fuller Brewery Hides Ads to Be Found On Instagram

London brewer Fuller’s is targeting young and curious drinkers with an Instagram campaign that is the first of its kind. The brand has strategically placed “blank” outdoor posters that encourage viewers to take an Instagram and use the apps filters to find the messages hidden in the picture. The #FindFlavour campaign is promoting Fuller’s Frontier craft lager, and is backed by the insight that “social beer drinking is dominating across platforms, with fans sharing experiences, love of flavour and designs.” Participants who snap and hashtag their hidden message could win movie tickets or free beers. 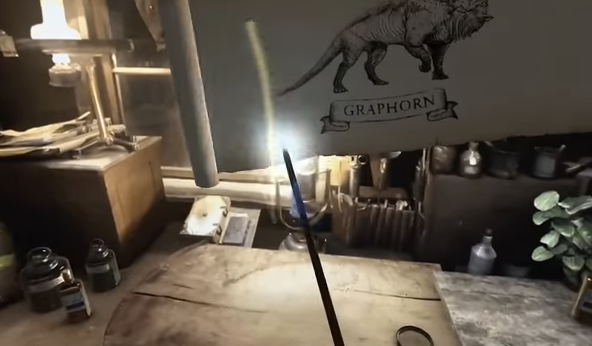 The promotion of the Harry Potter spin-off movie Fantastic Beasts and Where to Find Them is less of a product launch and more of an event. Platforms are going “far beyond showing sneak peeks” of the film: Twitter has launched custom emojis that can be unlocked with hashtags, and Amazon’s search engine responds to the input of five “magic spells” with details about the movie and related products for sale. Google has added custom emojis for the film to their new Google Allo Messenger app, added three magic spells as voice commands for its “OK Google” program on their Android phones, and updated their maps to allow users to see locations from the movie through a 360-degree street view “circa 1926, the year the film takes place.” Immersive experiences that allow users to “levitate objects, cast spells, and interact with creatures from the film” have also been activated as a tie-in for the release of the Google Daydream VR headset. 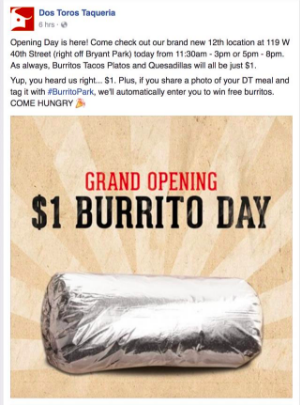 For the grand opening of their largest store yet, Dos Toros Taqueria put together a Snapchat “scavenger hunt” to lead players to free tacos and burritos. In the NYC park next to the location, the brand created geo-fenced areas where users can activate Snapchat filters to discover the free promotion of the day. The restaurant was interested in using the platform in a “novel way” and keeping the promotion local: “We’re all about reaching potential customers who can take action and come visit one of our taquerias.”