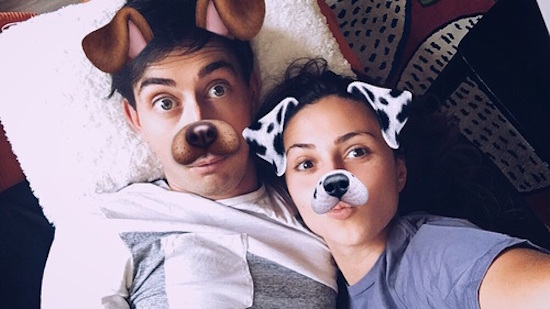 When Twitter announced that Vine, which they acquired for $30 million four years ago, will be shut down “in the coming months.” The news shocked many in the industry—especially those who made a name for themselves on the platform. But we weren’t too surprised. Why? Our social media tracker has been showing signs of Vine’s faltering status: 24% of 13-33-year-olds reported using it in September of 2014, dropping to 12% in September of this year. Thanks to our monthly surveys, we collect real-time stats on young consumers’ social media use across all platforms—from the biggest current players to the up and coming ones to watch—to keep close tabs on the ups and downs of the networks among each age group, gender, ethnicity, and more. 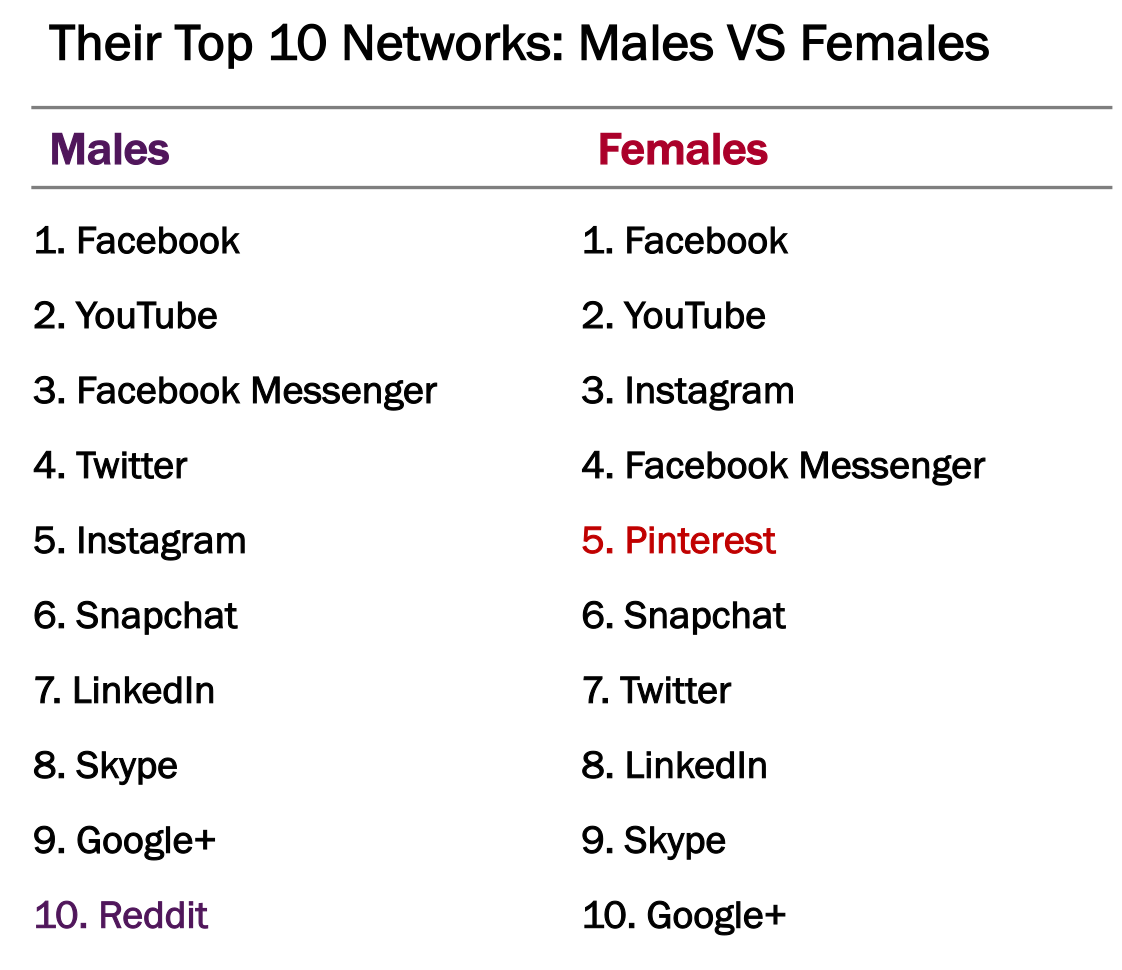 There are only two networks unique to each group: Reddit ranks in the top ten for males but not females, while Pinterest is in the top networks for females and not males. But a closer look at the data shows some of the underlying differences in their use: 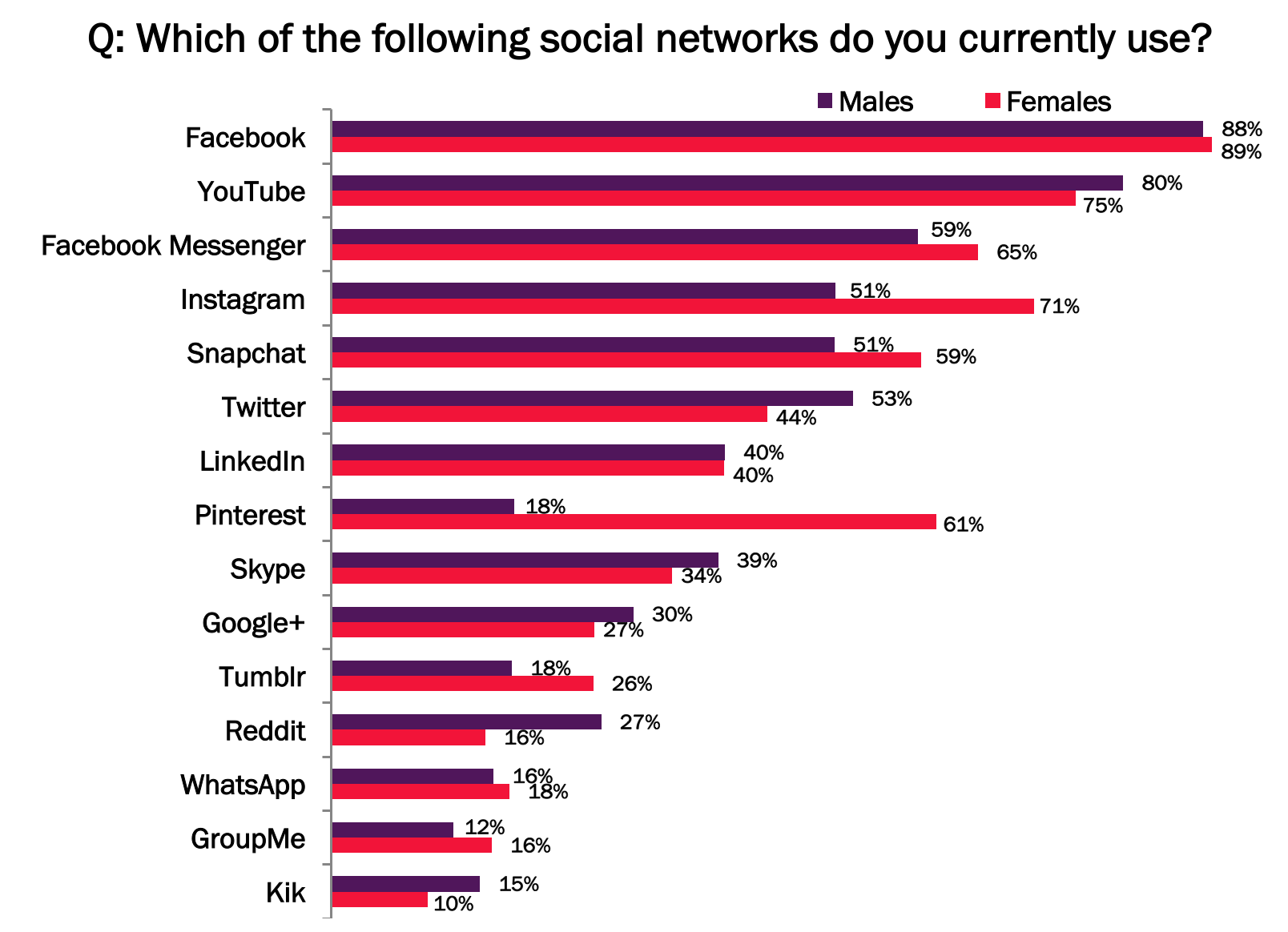 Though Instagram is a top-five used network among both 13-33-years-old males and females, females are far more likely to be using the platform than males. Snapchat and Facebook Messenger are also more popular with females. Meanwhile, males are slightly more likely than females to use YouTube and Twitter.

When looking at the top 15 sites used daily by 13-33-year-olds, we see similar differences between genders: 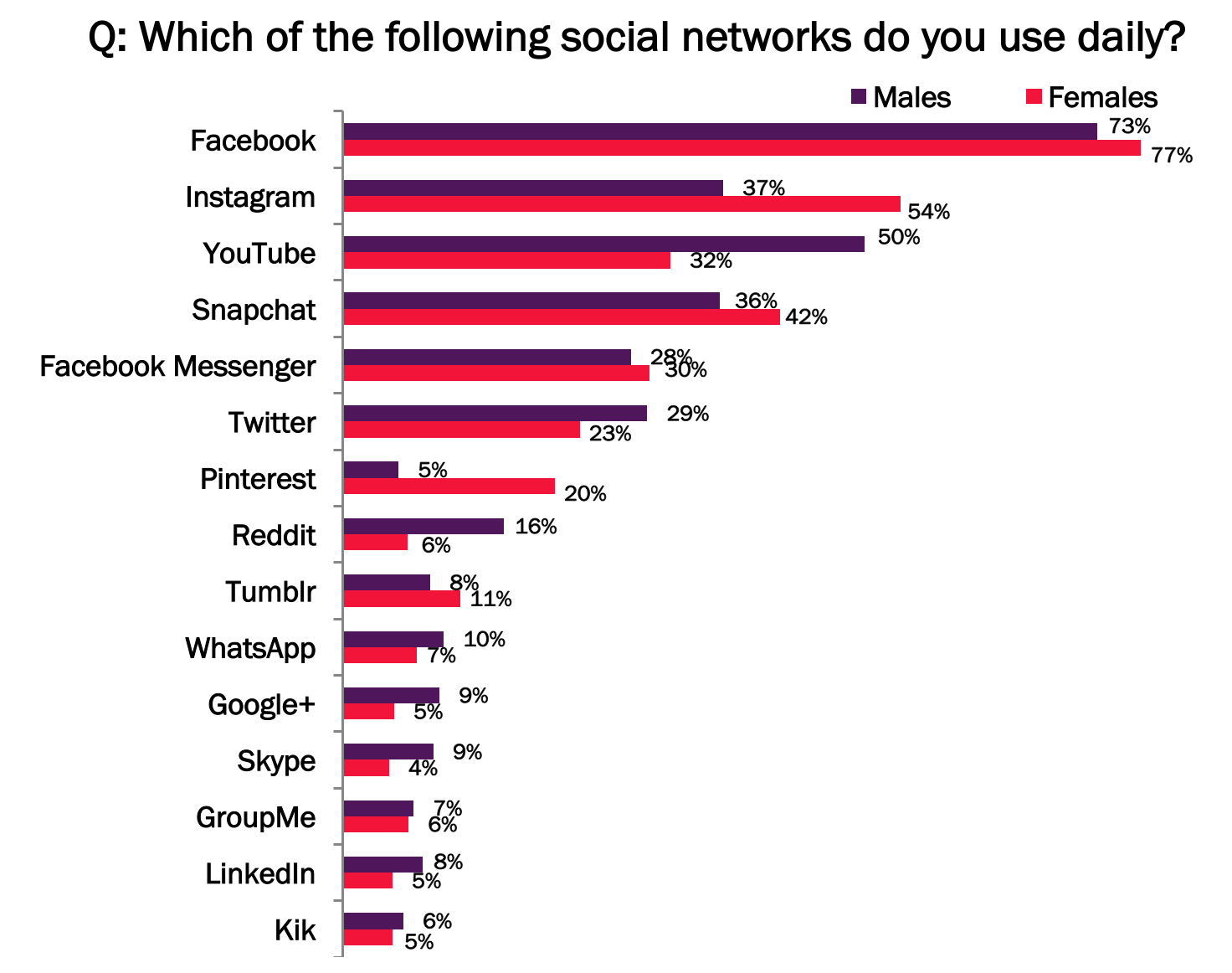