Nintendo launches trailer for its highly anticipated new console, a Costco for Millennials is expected to reach $100 million in revenues this year, and Chick-fil-A experiences blowback on ad praising Millennial moms in this week’s list of links you can’t miss!

Only 11% of 13-33-year-olds opted out of purchasing some form of technology over the last year, and this week we told you about the tech brands that are reigning supreme among young consumers. Don’t miss one tech brand who sparked a media frenzy this week when it released a trailer for its highly anticipated new product. Nintendo’s up-and-coming console Switch—once codenamed as NX—is a gaming device that can seamlessly transition from television to mobile mode. Players have the freedom to play how they like and with whomever while on the move, and game developer Ubisoft says the device will “redefine the way we play games.” 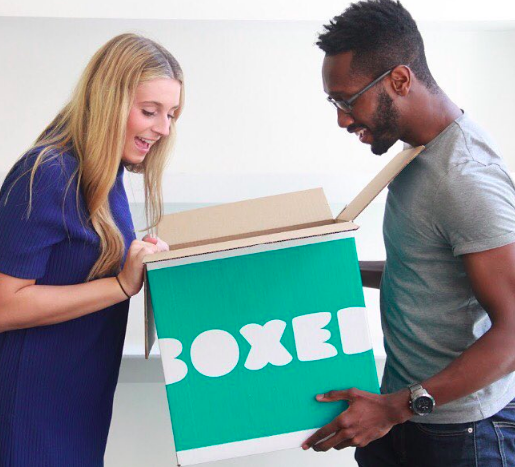 2. This $100 Million Brand is Costco For Millennials

Millennials know how to sell to Millennials, and through covering and speaking with young entrepreneurs we often learn what they know about capturing the elusive young consumer. Don’t miss how one 30-something is going to exceed $100 million in revenues this year with a business being described as the Costco for Millennials. Boxed, a mobile ordering and delivery service, was inspired by the desire to give Millennials the same bulk-sized deals that suburbanites often find at their local Costco, and do it on demand. The brand has been able to build a user base that is 81% 25-44-year-olds with the concept.

Marketing to moms is a long-standing tactic that’s not changing overnight, but as the next generation of families grows, it’s vital that brands talk to all Millennial parents—including dads. Don’t miss how Chick-fil-A’s latest ad that praises Millennial moms is experiencing blowback for forgetting to include dads as well. “Crazy Morning Mom” was a Facebook video where “a handful of real moms are shown chasing kids, feeding and grooming them, and preparing them for their daily activities.” Male butlers then show up at their doors with breakfast and a helping hand. One user comment summed up the criticism on the video: “Good thing to know that dads who watch their children in the morning don’t have busy or crazy mornings… Stereotyping dads as never around, way to go [Chick-fil-A].” 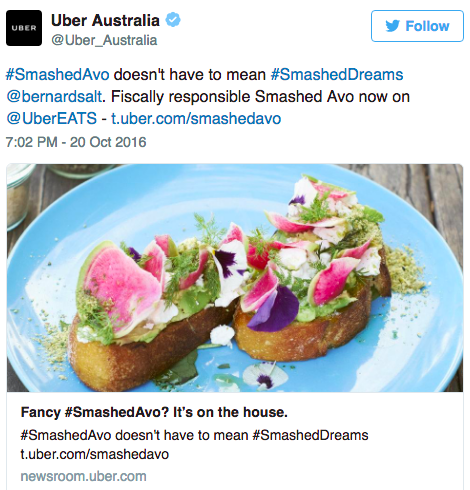 Young consumers have the ability to make an inside joke into an international movement.  After one national newspaper made the assumption that young adults can’t buy homes because they spend over $22 on “smashed avocado with crumbled feta on five-grain toasted bread,” Australian Millennials “fought back with applause-worthy tenacity.” Now businesses are chiming in on the trending movement, including UberEats which is offering free brunch on the house for one weekend only in Australia, because according to them #SmashedAvo should not mean #SmashedDreams. 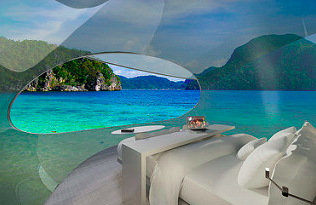 5. A Hotel For The Future

According to Marriott International, Boomers “wanted familiarity, safety, and comfort,” from hotels while the next generation of travelers “want local and unique.” This Millennial travel revolution—which we’ve been covering for some time—has inspired many hotels to change to meet their preferences. Don’t miss how one hotel concept that aims to make “hotels cool again,” took home the Radical Innovation Award for its drone-based design. Instead of rooms, the concept envisions guests in transparent pods referred to as “Driftcrafts” that can transport itself to any location in the surrounding area. 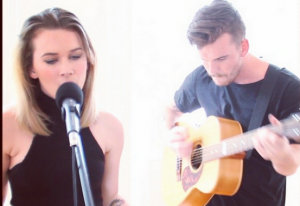