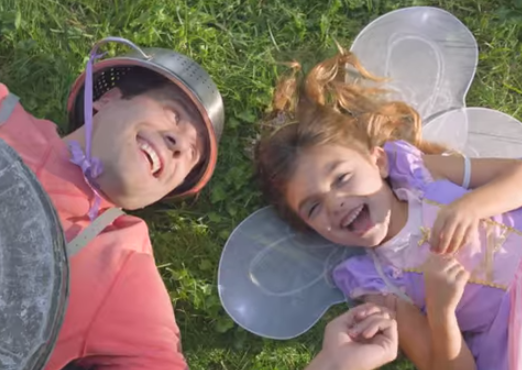 New Parents On the Block: This is the third in a series of articles looking at Millennial parents’ behavior, growing influence, and marketing preferences.

As Millennials become the majority of parents, their ideal is to share the childcare load, and they expect marketing tropes to change with them. We surveyed the new generation of parents and found out how they feel about ads that include dad, and the brands that forget them. 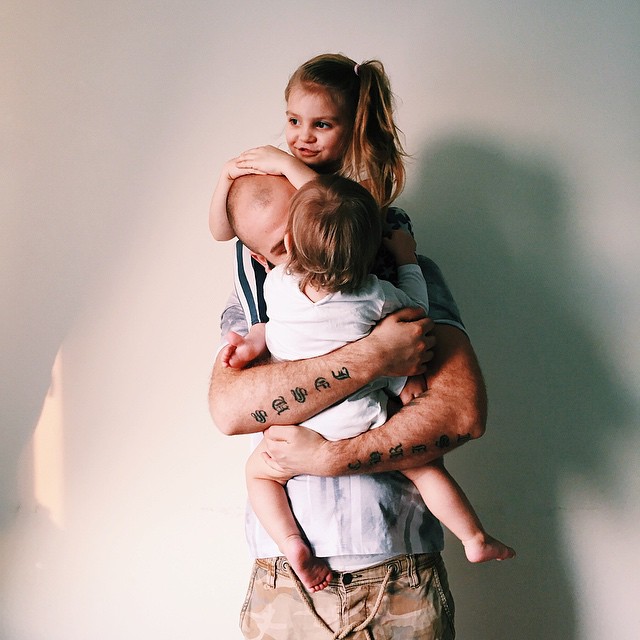 When we first wrote about how Millennial parents could change families, we told you that parenting as partners will be vital to this generation of parents, and that while in the past moms have received the bulk of attention from brands, now more than ever dads being included in that messaging will matter. As more have started families in the last few years, it’s become even more clear that for them it’s not just about Millennial moms, but about Millennial parents.

This month, we surveyed the new generation of parents to find out their feelings on family advertising, and what they think about ads that include dad and those that forget about him. 52% of Millennial parents told us that ads they see are made for mothers more than fathers, and 83% say they think advertising for parents should appeal to both mothers and fathers equally. There is clearly a demand for more brands to recognize that mom is not carrying the childcare load solo. Amazon is currently learning that lesson, as an online movement in the U.S. puts pressure on the site to rename its “Amazon Mom” service to “Amazon Family.” A petition championed by a dad blogger emphasizes that moms and dads are equal parents that share responsibilities, and points out that the same service is called Amazon Family in many other countries. The push has taken to Twitter and the hashtag #AmazonFamilyUS is being used by parents and nonparents alike.

So how do Millennial parents feel about ads targeting parents today? Dads could recall and felt negative about ads that excluded them, or made them feel like the inferior parent. One 31-year-old dad said he didn’t like diaper ads because “they just direct them to moms like the dad does not change a diaper,” while another commented that he didn’t like ads for “cleaning products [that] have just the wife cleaning not the husband.” A 25-year-old dad simply said, “[I don’t like commercials where] moms know things dads don’t.” Commercials that made dad look like a dope bothered moms too. One 29-year-old female told us, “I don’t remember what brand, but it was a paper towel commercial. Dad and the kids made a mess but didn’t clean up well. Mom shakes her head lovingly and gets the paper towel to clean up. I HATE commercials that make fathers look like the lesser parent. It’s not funny. It puts out the message that men are incompetent and irresponsible at home. It’s a subtle message that men belong at work and women belong at home.” 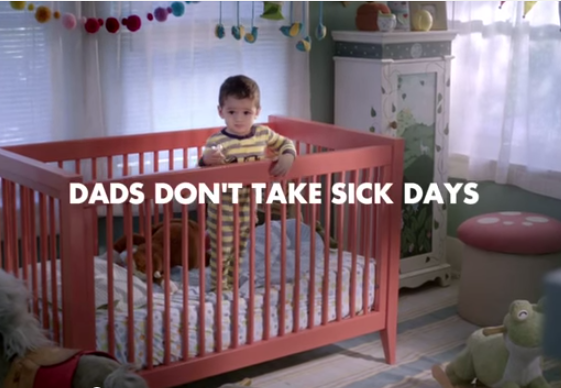 When we asked about an advertisement they really liked, commercials that showed dad taking care of his kids and enjoying it were frequent mentions. One 32-year-old dad said, “It showed a dad doing parenting tasks and not looking like the stereotypical fool they are made out to be.” But Millennials moms were even more vocal about loving dad-centric commercials, in part because they feel those spots help correct gender imbalances that bother them. A 26-year-old mom said she liked a Tide commercial that showed a dad doing laundry for his daughter because, “It’s helping to blur gender defined roles in parenting.” Another mom named the same commercial as a favorite because “Most commercials make men look like blubbering idiots and mothers stern authoritarians.”

The mom-knows-and-does-all trope is so entrenched that they are seeing marketing that takes a new approach as cause for celebration. A 34-year-old mom told us, “When my husband and I saw the new NyQuil commercial, “Dads Don’t Take Sick Days” we cheered. It even has the exact same lines as the Mom version of the commercial. We were like, ‘YES! Nailed it!’ At our house, Dad is a mission-critical employee.” Millennial moms we heard from  appreciated dad-centric ads for recognizing their parenting partnership. One said, “I welcome ads that feature fathers, after all we are partners and their role is critical…An ad featuring a father may have just as much pull/relevance for me as one with a mother. We are all in it together.” 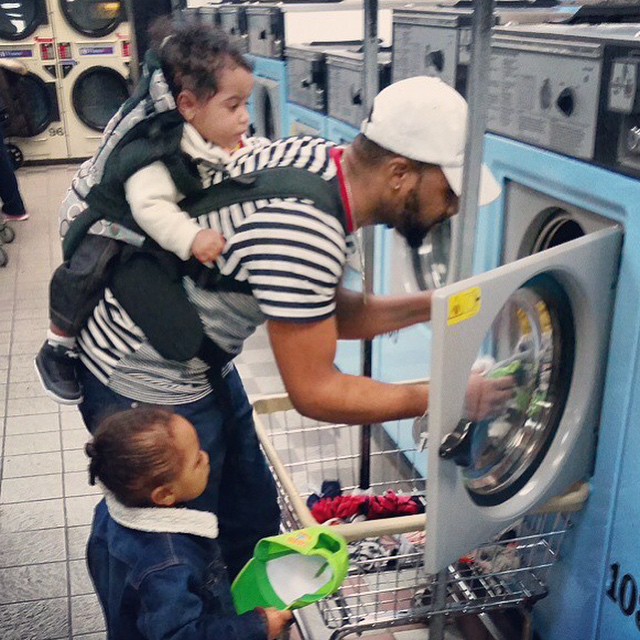 More and more brands today are recognizing the new ideals and creating marketing that shows that dads play a role at home, and are an active part of taking care of kids. Celebrating dads was also a major marketing trend this Super Bowl, with several brands airing ads that were homages to fatherhood. Peanut Butter Cheerios has positioned themselves as the “official sponsor of dadhood,” and their #HowToDad spot has received over 1.6 million views on YouTube, along with a slew of positive comments from real dads including, “’BOUT TIME SOMEBODY MADE DADS LOOK AWESOME. Enough with the stupid, dopey fathers. We need more ads like this.”

Clearly the demand for this marketing is there, and getting stronger as Millennials’ partnership parenting ideal becomes more of the norm. There is a larger cultural shift behind their preferences. According to a recent Pew study, a record-breaking 40% of moms in the U.S. are the sole or primary breadwinners for their families. For Millennials, many of whom face massive student debt that they’ll be paying off most of their lives, there might not be any choice but to have both parents work. Mom being the primary breadwinner in many cases will not be newsworthy, but the norm. This means that childcare and family purchasing could shift even more drastically away from being mom’s domain. But as we’ve heard from Millennial parents themselves, even if mom is still making the purchasing decisions for the family, marketing that leaves out dad doesn’t appeal to her either.