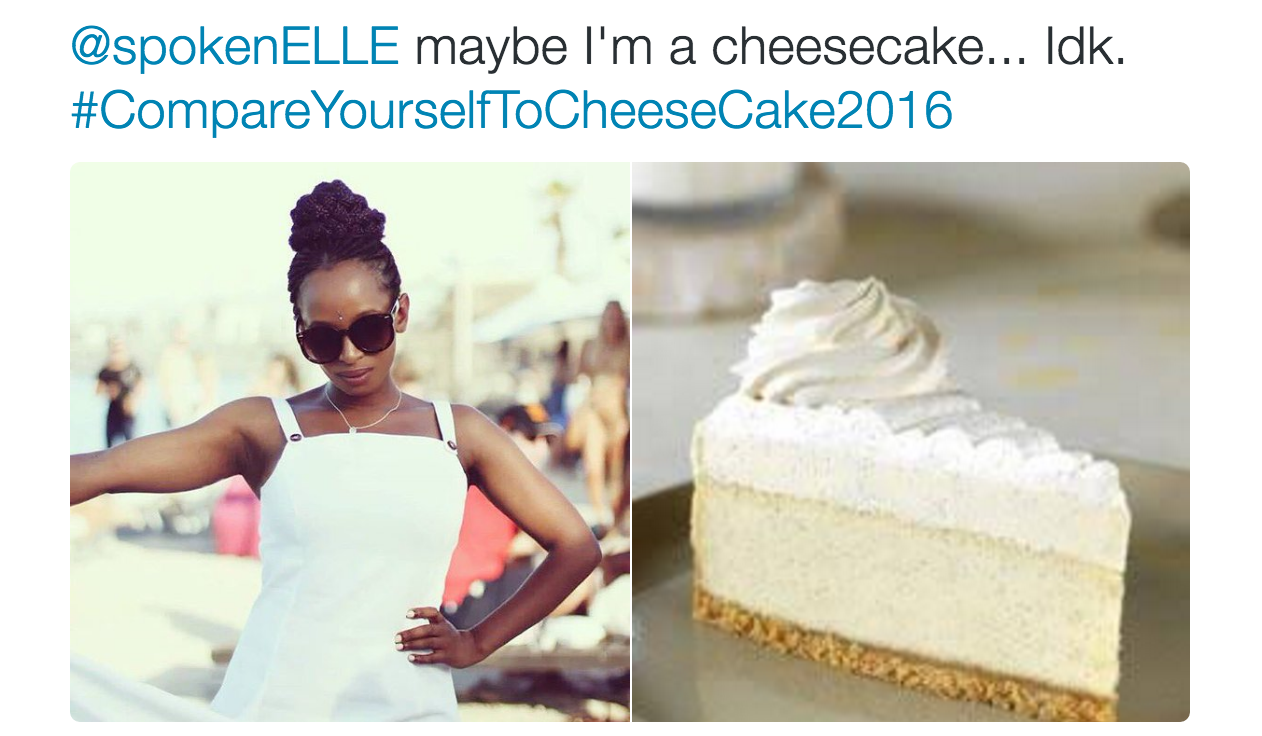 The hashtags & videos trending with Millennials & teens this week…and what you can learn from them.

Beyoncé, Becky, and the lemon emoji aren’t the only things taking the internet by storm this week. While Lemonade has certainly taken over feeds since last Saturday night—if you have been hiding under a rock, you can catch up here—this is the internet we’re talking about, and there’s always more to talk about. Young consumers can make a topic trend in the blink of an eye, and, thanks to social platforms, have the ability to make the equivalent of an inside joke into an international movement. Some of those movements disappear as quickly as they’re created, but there are still lessons about Millennials and teens that can be learned. To pass our viral content knowledge on to you, we’re continuing our What’s Trending series to give you a snapshot of youth culture, and keep you on top of the things you should know, and what you can learn from it all. Here are three things that are trending right now thanks to young consumers’ creativity, commentary, and online community: 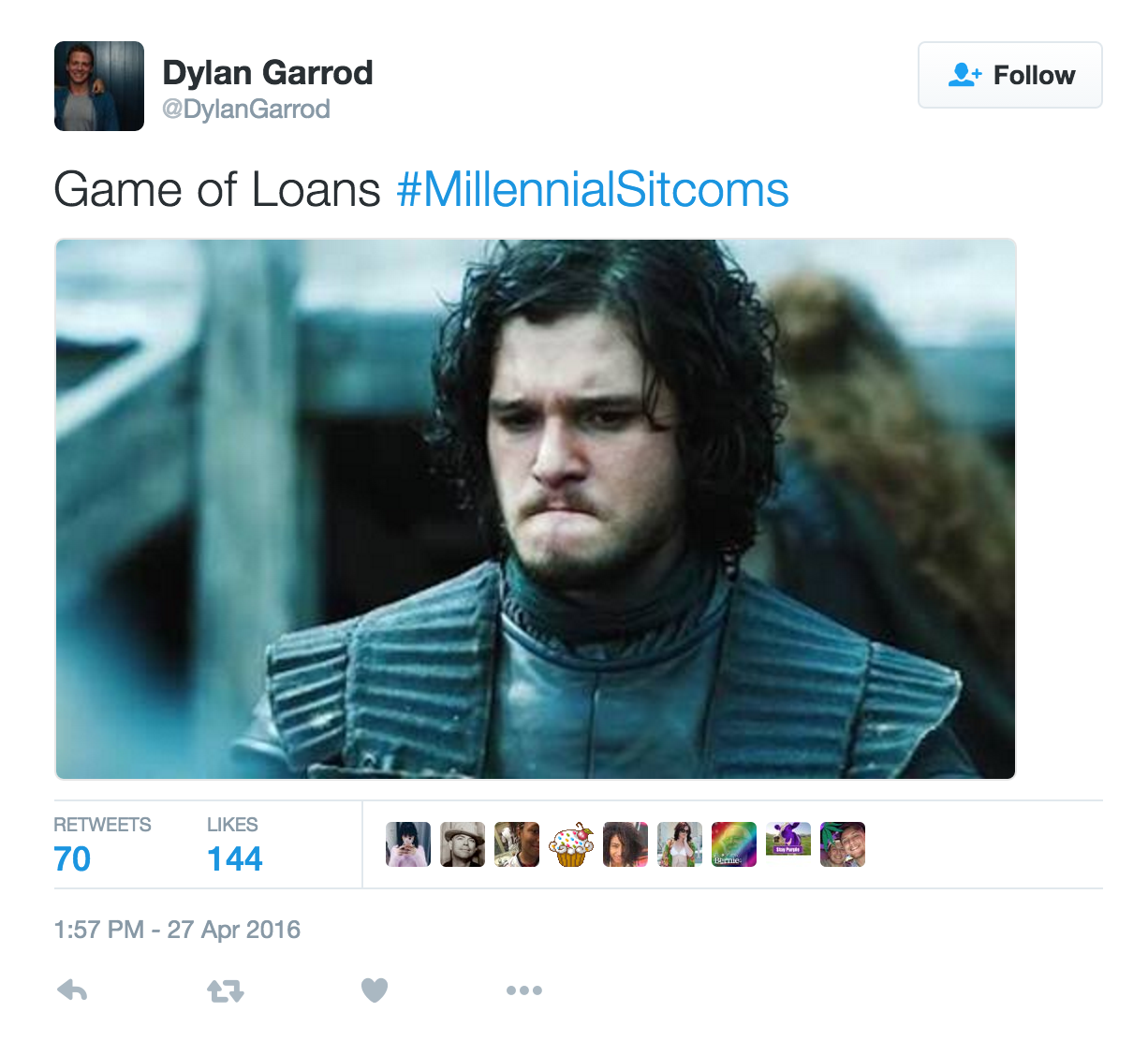 Yesterday, the hashtag #MillennialSitcoms began to trend, using Millennial struggles and stereotypes to reimagine classic sitcom titles. Twitter’s creative contributions include: “’Appy Days,” “Full House with Grown Kids Moving Back In,” “2 million Broke Girls,” “Married With Student Loans,” “Parks & Recreational Marijuana,” “No Friends,” “How I Blocked Your Mother,” and “Curb your Apathy.” Screen Junkies jumped into the conversation with a take on Friends: “Followers, Episode 1: The One Where They Try The New Filter.”

The Lesson: We’ve pointed out before that Millennials are aware of the stereotypes about their generation, and are also more than capable of poking fun at themselves—sometimes bonding over some of the more ridiculous elements of being a young person today. Just yesterday we wrote that the “woe-is-us Millennial struggle book” has become a trend in the publishing industry, which finds many of the genre’s young writers through blogs and social media. The books, which read “as if your best friend is talking to you,” can provide advice, but mostly make Millennials feel like they aren’t alone. Bonding over the quirks of their generation, and the #struggle of being a Millennial is clearly fertile ground. 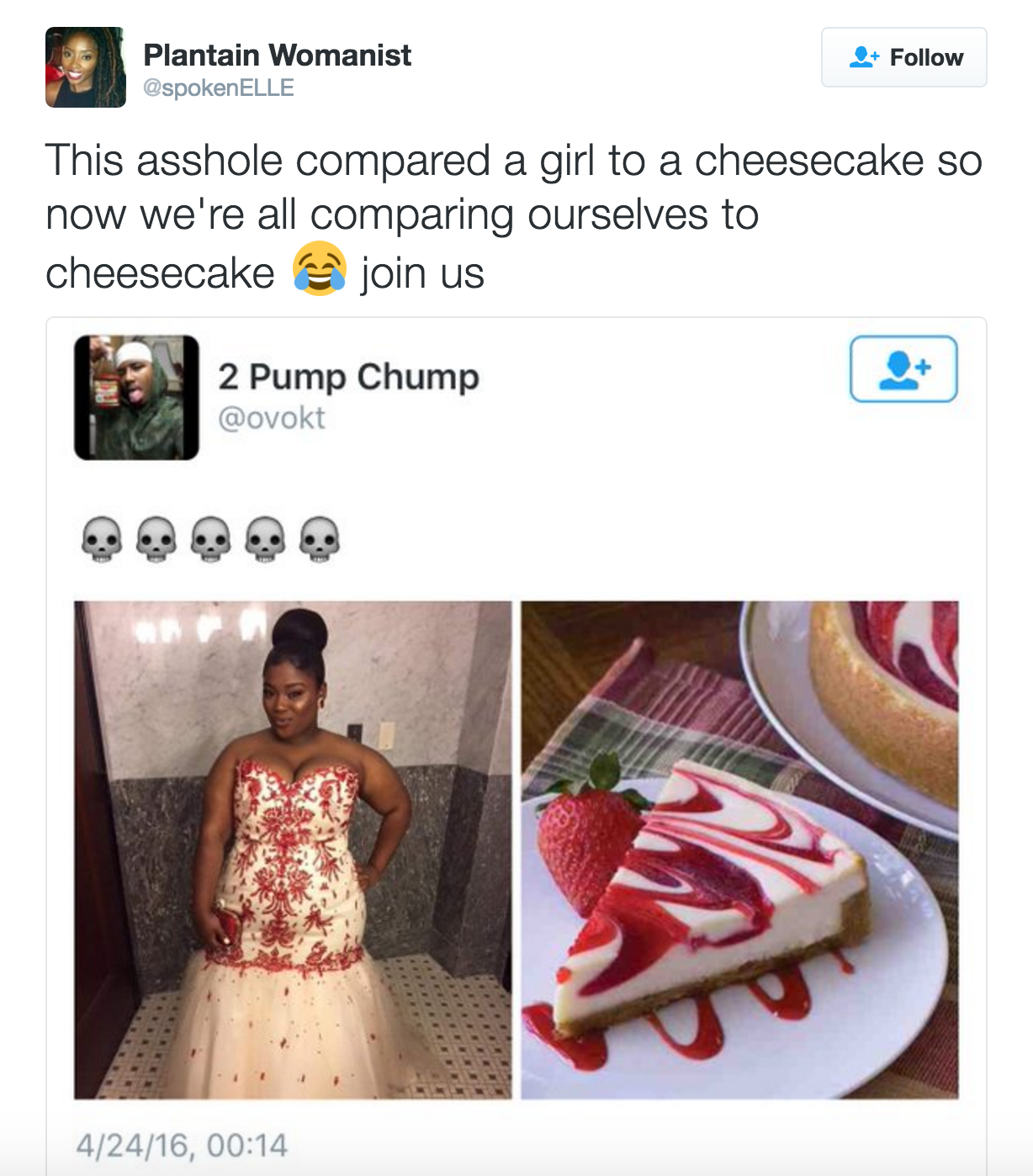 If you don’t understand how cheesecake could become an empowering meme and body positive symbol, pay attention. When Twitter user “2 Pump Chump” posted a picture of a teen in a prom dress, cruelly comparing her to a piece of cheesecake, the Twitter-verse organized to turn his insult on its head. In her defense, Twitter user Plantain Womanist sent out the message, “This asshole compared a girl to a cheesecake so now we’re all comparing ourselves to cheesecake…join us.” That’s all the call to action needed for the platform to turn a dessert into a movement for body positivity. Women and men have flooded feeds with messages comparing themselves to cheesecake, and touting empowerment over insults. YouTube celebrity Hannah Hart weighed in, commenting, “#compareyourselftoacheesecake2016 is what the Internet was made for – down w body shaming and up w baked goods!”

The Lesson: While it’s true that social media can be full of bullying—just look at how this trend started in the first place—social platforms can quickly become the stage for some positive reinforcement and community action. Even when it’s done using a somewhat silly meme, the overall values of young users can shine through. 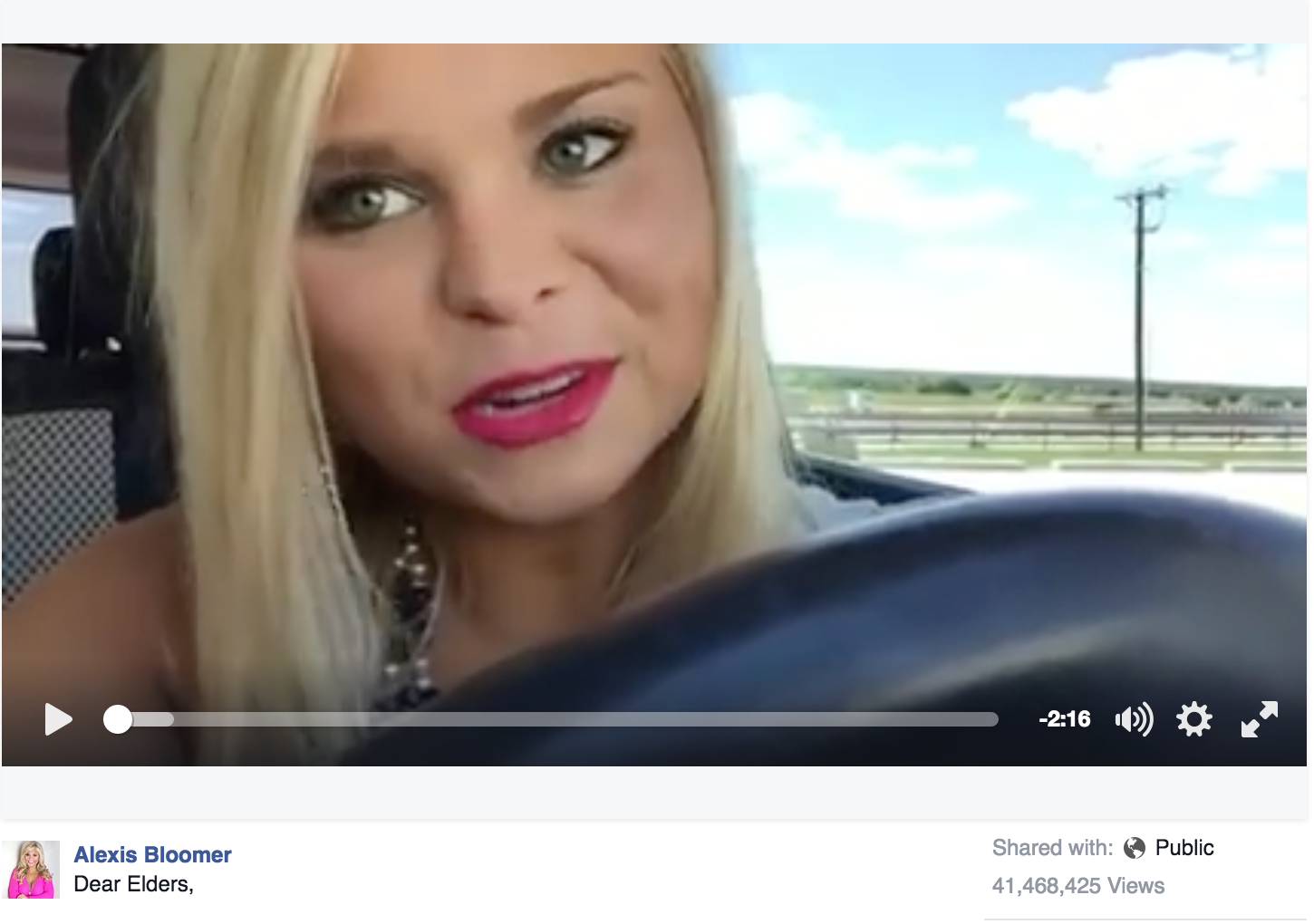 When Texan 20-something Alexis Bloomer posted a two minute video to Facebook ranting against her Millennial peers, it’s doubtful she knew what a firestorm she was creating. In the clip, the journalist shared her thoughts about her generation, saying she set out to evaluate “what’s so wrong with our generation, and why they’re so mad at us—and then I pretty much realized we’re just existing, we’re not really contributing anything to society.” She goes on to criticize young people’s manners, work ethic, and, of course, entitlement. In the week since it was posted along with the message, “Dear Elders, I’m sorry. Sincerely, A Millennial,” the video has been viewed over 41 million times, and earned over half a million reactions.

The Lesson: Don’t poke the generational debate beehive. Unlike the light-hearted #MillennialSitcoms trend, Bloomer’s video is not necessarily being embraced by her peers. The video’s robust comment chain is a microcosm of generational discord. Millennial commenters tell Bloomer to “speak for [her]self,” and many take issue with her opinions, while comments from many Xers and Boomers thank her. A takedown on Fusion (written by a Millennial) goes through Bloomer’s rant point by point to defend the generation, and talk about some of the realities they are contending with (debt, the economy, etc.). Salon’s headline on the story reads: “Watch Texas journalist Alexis Bloomer sell out her generation for fleeting fame on Fox News.” Generational debates and criticism have reached a fever pitch, and while Bloomer may be a Millennial, it’s clear she doesn’t necessarily represent the views of her generation, but instead the “Elders” she’s apologizing to. Brands would be wise to steer clear of generational commentary, or risk bringing on a similar fiery debate.