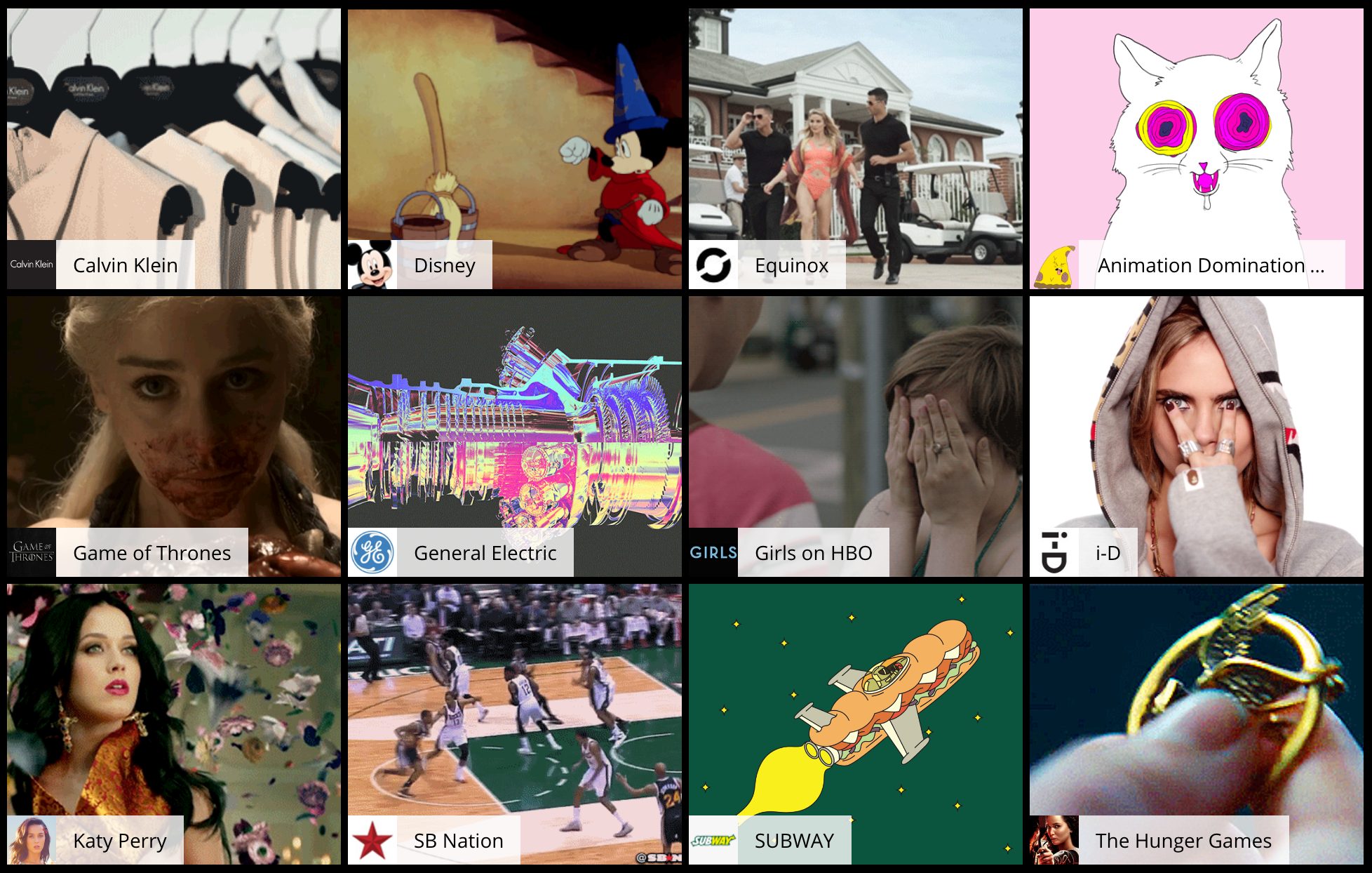 As the reach of traditional marketing continues to weaken, and young consumers spend more and more time behind non-TV screens, the world of sponsored content is heating up fast. We’ve rounded up some of the spaces brands should watch…including and beyond video.

When we outlined some of the new approaches that brands are taking to reach the ad-skipping generation, sponsored content (which we called “ad-vertainment”) made the short list. Young consumers are more sensitive than ever to traditional advertisements, which are weakening in reach as their attention fragments. Brands are turning to innovative solutions to sell their products and services beyond their traditional playbook—and media companies are rushing to help them.

We spotlighted Vice as a leader in the space: their 24-hour cable network Viceland is hoping to “to rewrite the rules of TV programming and advertising” with a focus on branded and sponsored content that reflects Vice’s “provocative” tone. These sponsored spots are created by the new Vice Labs group, which we can assume will continue to innovate the sponsored content space. Ultimately the spots will be attempting to create an experience that will keep the “skip” generation from changing the channel. According to Adweek, “Vice is bridging the gap between what advertisers want—quality and scale—and what customers want—content, anywhere and anytime.”

Vice’s plan to disrupt the ad format as we know it is a big one—but it’s just one facet of the heating sponsored content space. Online, brands are the key to monetization, and branded content is seen as the way to make that ad money without turning off young consumers. While some are saying that sponsored/native content is a short-term fix for a bigger shift in consumers’ expectations of brands, there is no question that it has become a go-to tactic for connecting with young readers and viewers—and there are more opportunities for brands to create sponsored content than ever before, including and beyond video. At this year’s NewFronts, site after site touted new ways they’re introducing branded content as a part of their offerings. We’ve rounded up some of these new frontiers of sponsored content to lay out the range of areas that brands should know:

When Ypulse dove into how to talk the talk of Millennials and teens, we found that 65% of 18-33-year-olds have sent a GIF to someone. The rise of GIFs has helped Giphy—the mecca for all things GIF—become a site to watch, and sponsored GIFs are a major part of the site’s plans. According to TechCrunch, the next step for the site could be monetization tools like sponsored content that surfaces in search or branded “surprises” for those using GIFs in chat. Giphy’s site already lists an impressive amount of “partners,” and explains: “Become a Giphy partner and you can host all your existing GIFs on your own branded channel and take advantage of all our social tech, including GIFs that play on Facebook, Twitter, optimized embeds, and more, as well as some other special features, just for partners!” But this seems to be just the first step in integrating branded GIF content into the site. Giphy’s Head of Business Development David Rosenberg tells Huffington Post, “In March 2016, GIPHY announced the opening of GIPHY Studios in LA, the world’s first GIF studio. We want to use the studio to further explore what’s possible with the GIF medium and eventually to work with brands to make animated content an integral part of any campaign.” 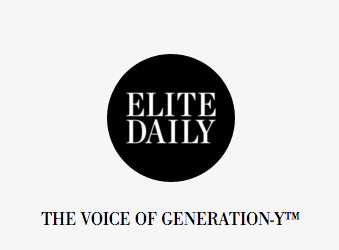 Elite Daily, “Daily Mail’s Gen Y-focused sister publication” which has successfully launched native ads with brands like Burger King, Axe, and Fiat, has announced the launch of a new branded content studio. CraftED will focus on sponsored content that appeals specifically to Millennials, which will include interactive videos. Elite Daily is hardly the only Millennial-focused site making branded video a priority. Digital media company Newsy drew in 300 million viewers in the first quarter of this year by producing up to 35 videos daily for an audience “seeking something different than what’s on cable news and broadcast news.” According to a Newsy general manager: “There’s a misconception that people my age don’t give a damn about the world around them…We’re proving that wrong.” They recently launched a studio for sponsored content, and hope to create a branded editorial series. 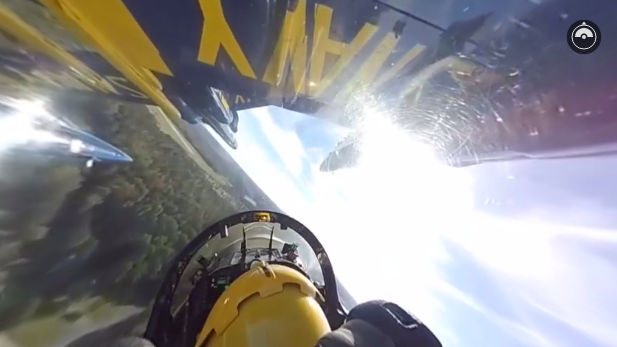 USA Today is hoping to get advertisers hyped on VR technology. The network is launching GET Creative, a studio that creates sponsored content for advertisers, from articles to videos—including 360-degree videos and virtual reality. They have already found early success within the space with one of their own 360-degree videos released on Facebook entitled “Blue Angels,” which was viewed more than 11.4 million times. They also boast a large distribution: 360-degree videos can span across the entire USA Today network, as well as Facebook and YouTube, and their mobile app which has been downloaded 22 million times has the ability to incorporate VR videos. 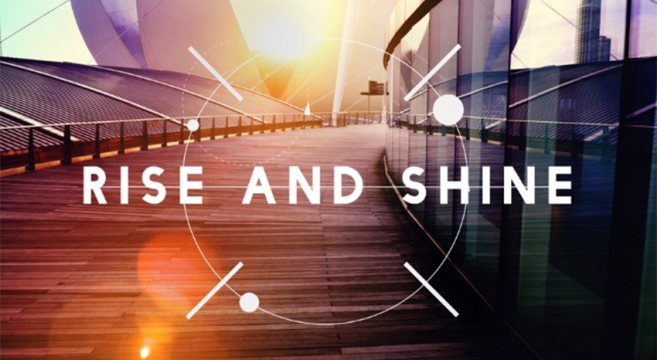 As we’ve said before, live video is an important area to watch for brands already, but the potential for sponsored live video content is beginning to become more clear.  Facebook is reportedly making deals to pay big media companies like BuzzFeed and the New York Times to use live-streaming video on the site. Clearly live video is a serious part of their plans for the future, and a big new way that brands can reach users on the site. The site has also launched a show that hints at how Facebook sees advertisers playing into live video content. Mashable reports that they’re bringing branded content to users’ morning routines with a “deconstructed morning talk show,” “Rise and Shine.” The new live-stream morning show features local weather, cooking recipes, workouts, and “other talk show fare,” and interestingly, each episode will be sponsored by a brand.

Snapchat has officially released a few stats on their existing sponsored content in an effort to bring more marketers onto its platform, and reports that the Empire lens ramped up brand awareness by 16 points and increased tune-in intent by 8% when it ran in March. We’ve talked about how sponsored lenses and stories are a major part of the app’s revenue plans, and their offerings to users—but these official channels might not be the only elements of the future of sponsored content on the platform. The Wall Street Journal reports that PopSugar is looking to invite advertisers to their account—a move the app may not approve of. Currently Snapchat only allows video ad capabilities on its Discover platform for companies like CNN, Refinery29, and The Wall Street Journal. PopSugar doesn’t have one of Discover’s coveted spots, but views on its content—like “step-by-step instructions for how to make a frozen banana dessert or turn old jeans into shorts”—has been expanding by an average of 101% monthly. The media company has stated they “fully intend to make money,” on Snapchat, and plan to create branded stories that have marketers’ message or product “weaved” into it.