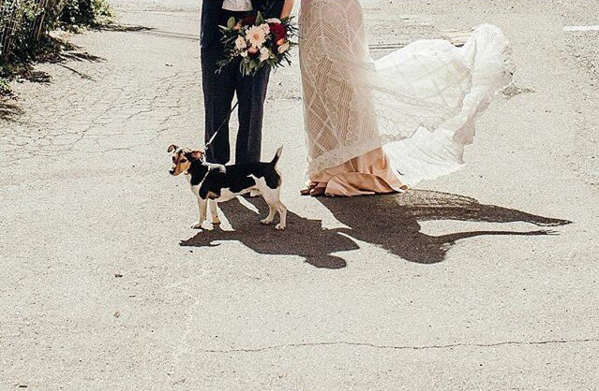 Almost half of 18-33-year-olds will be attending, or have already attended, a wedding this year, and many will be going to more than one. We asked 1000 Millennials to tell us the wedding traditions or trends they’ve noticed lately…here are the biggest 10 they told us.

Millennials are putting their own spin on wedding traditions, and doing “I do” their way. As more and more Millennials walk down the aisle, and more of their peers are attending weddings, this influx of brides, grooms, attendants, and guests is a boon to some brands—so we’re continuing to keep tabs on the trends the new generation of brides and grooms are ushering in. Tech is one major example. Bulky planning binders are being replaced by wedding apps and tools that reflect the new digital “norm” for weddings—tech-obsessed Millennials can even get consultation services for their ceremony’s social media presence. Wedding apps can help them with everything from planning a budget to taking music requests from guests, and even generating a hashtag for the big event. (Wedding hashtags are of course another new norm—we’ll get to more on that in a bit.)

But weddings are being transformed in other ways. Nine in ten 18-33-year-olds have been to a wedding, and almost half (45%) will be or already have attended a wedding this year. As Millennials take over the wedding world, we asked them to tell us what, if any, new wedding traditions or trends they have noticed lately. Here are the ten biggest they told us: 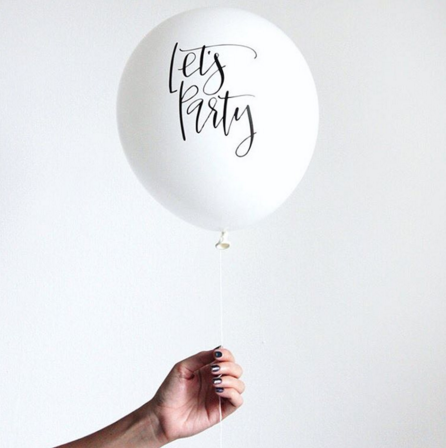 Not too surprisingly, throwing tradition to the wind was a major theme that Millennial wedding goers say they’re seeing at nuptials today. One 32-year-old female says that brides and grooms are, “Making it more about the experience and less about tradition.” “Non-traditional” came up again and again, when talking about cakes, dresses, ceremonies, engagement rings and more. The traditions that are being phased out were also frequent mentions. One 32-year-old male says there’s, “No more ‘I now for the first time introduce you to Mr. and Mrs.’s Male Name,’” and a female 24-year-old says “no tossing of bouquet.” 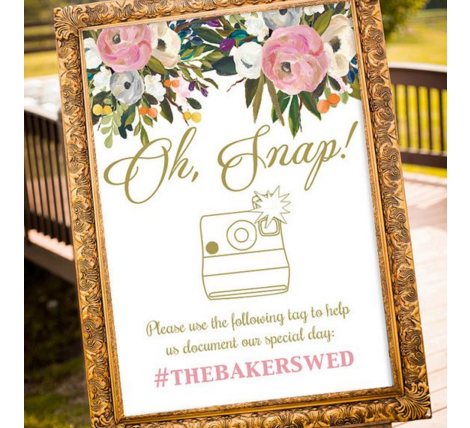 Almost four in ten (37%) Millennials who have been to a wedding say that the couple incorporated social media in some way, and we have seen the rise of wedding hashtags for some time now. Many of the Millennials we spoke to told us that hashtags are a major trend, and hashtag signage can now be purchased on etsy to tell guests exactly what they should be including when posting those reception pics to Instagram. However, another trend is on the rise that takes all the hashtagging out of the day. Perhaps to stand out, or to keep some things private (imagine!), some are choosing to have “unplugged” weddings, asking guests to put away their phones and be present in the moment. One 25-year-old female told us she’s seeing, “tech-free ceremonies (no cameras other than the hired pro)”—and she was not the only one to mention unplugged weddings. 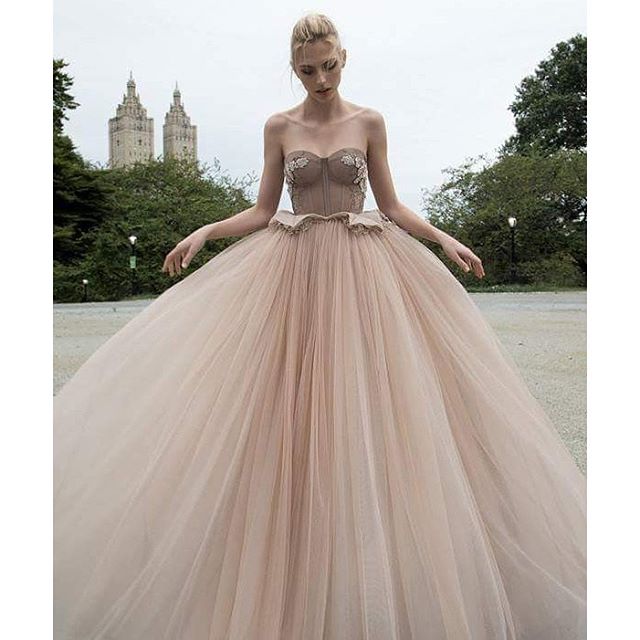 3. Saying Yes to the Non-White Dress

Though parent company Anthropologie’s sales are a “disappointment,” bridal brand Bhldn’s sales have “skyrocketed” in the last few years, and the brand credits their unique gowns for their success. When we researched our Unique is the New Cool trend, we found that 62% of Millennial females say they would want a wedding dress that has unique elements, and 22% want a wedding dress that is completely unique and different from what others have worn. The desire for uniqueness may be why non-white wedding dresses continue to be on the rise. Many female respondents told us that “Brides wearing different colored dresses” or “Colorful wedding dresses” are a trend they’re seeing, and a few respondents mentioned “black wedding dresses” as a new trend. 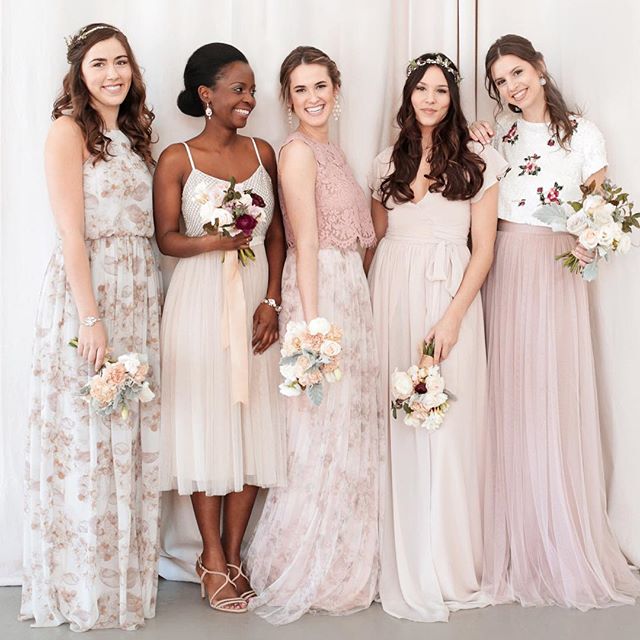 The first dance is a long-standing tradition that Millennials aren’t necessarily tossing out—they’re just making it more elaborate than ever. Perhaps inspired by the many, many viral wedding dances that can be found online, Millennial brides and grooms are dancing up and down the aisles, and dance routines are popping up throughout the night. One 28-year-old male tells us he’s seeing, ”More surprise dances from the bride and grooms to their partners,” and a 20-year-old male says, “Prepared viral dance routines” are a trend to watch. 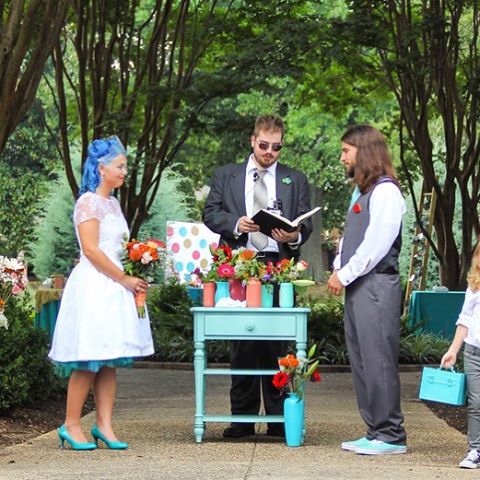 A 24-year-old female from Florida tells us, “I’ve noticed a lot of people are straying away from the traditional glamour wedding and more towards shabby chic country. It seems like they are very relaxed and there is no need to buy more than just a sundress to attend a wedding.” “More relaxed” weddings were a frequent mention by Millennials we surveyed, from settings to ceremonies to outfits—one female even mentioned wedding sneakers. Smaller, more relaxed and scaled back weddings come both from a relaxing of tradition, and potentially the rise of brides and grooms footing their own bills. “Less extravagant” weddings were also mentioned often. In the same survey, 79% of 18-33-year-olds who are open to marriage would rather have a small inexpensive wedding than a big expensive wedding. 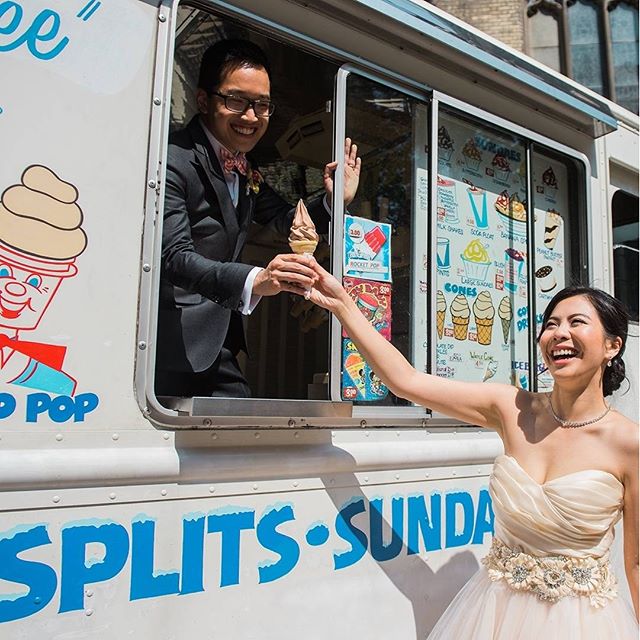 Wedding food has long had a bad rep, but Millennials—the foodie generation—are giving it a new name. A new focus on wedding food is a trend that many Millennials mentioned seeing. One 24-year-old male says he’s seen, “substitutions for wedding cakes, such as a large, layered cheese wheel platter, designer cupcakes, or other elaborate sweets.” Dessert/candy tables are also a big trend, as are food trucks at the wedding reception or post-wedding as guest make their way to the after party.

According to our survey, 54% of 18-33-year-olds say that co-ed showers/bachelor parties are in style. One 28-year-old female tells us she’s seeing, “More co-ed events like showers,” and another Millennials says that “bridesmen” are more common these days. While this also links to their loose attachment to tradition, Millennials’ inclusive nature is also at play here. If their closest friends aren’t the “right” gender for a certain role, that’s no reason for them to be left out…and why would you leave your best friend (and fiancé) out of your pre-wedding festivities? 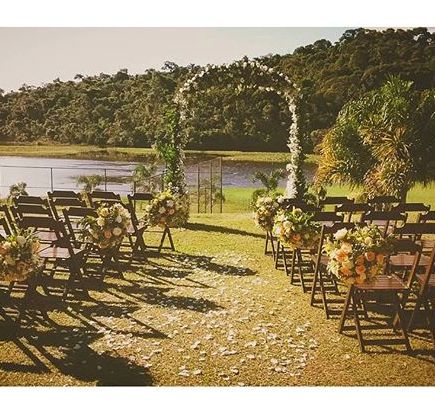 Millennials are moving away from religion, and only four in ten 18-34-year-olds say religion is important in their lives, compared to more than half of older respondents, according to Pew. So it makes sense that “non-religious ceremonies” are a trend that many Millennials are reporting. Our survey found that only 30% of 18-33-year-olds who are married say they had a religious ceremony and 47% of 18-33-year-olds say that having a ceremony at a religious venue is out of style. Weddings outside of churches, officiated by friends and family members, and with no mention of “God” are all becoming not only more common, but the norm to the generation. 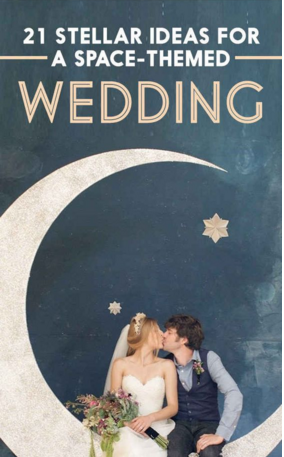 When it comes to one of the biggest celebrations of their lives, Millennials aren’t looking for over-the-top extravagance, but meaning. According to wedding planners, while “[j]ust a few years ago, it was dream weddings and all about the bride,” this generation cares more about emotional details than “opulence.” Integrating personal, romantic, and nostalgic details into the day has become a focus, and senior style editor of The Knot reports, “personalizing weddings in the age of Instagram is about ‘theming a moment’ for a unique experience.”  Our survey found that 69% of 18-33-year-olds say that having a wedding theme is in style, and “themed weddings” were a major trend reported by Millennials we spoke to. More “modern” themes, sometimes inspired “from Pinterest” and other times “based around what they bride and groom enjoy” were all mentioned.