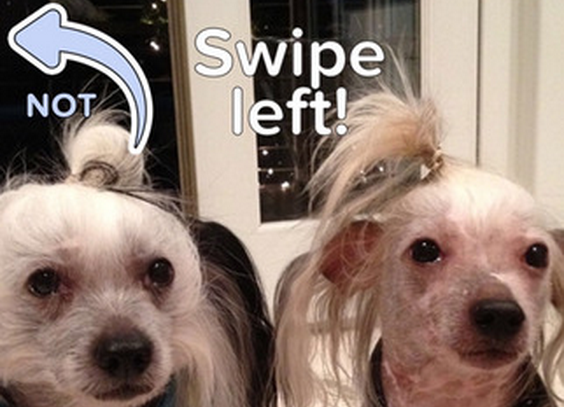 App downloads continue to rise, and young consumers are proving their preference for apps over browsers when they’re mobile. We’ve got five of the most buzzed about apps of the moment, and the trend behind each one.

January 2015 was a record-breaking month for app downloads. From mobile solutions to wonderfully weird platforms, apps are more popular than ever, and as smartphone use becomes more normalized we will likely continue to see their use increase. Young consumers have of course been the core force in smartphone adoption and leaders in app use, with other generations often following their lead when it comes to mobile behavior. As apps’ popularity ramps up, it will be harder than ever to keep up with what the hot mobile players of the moment are. We keep our eye on the buzz, and have rounded up five of the most talked about apps right now, along with the trends fueling each: 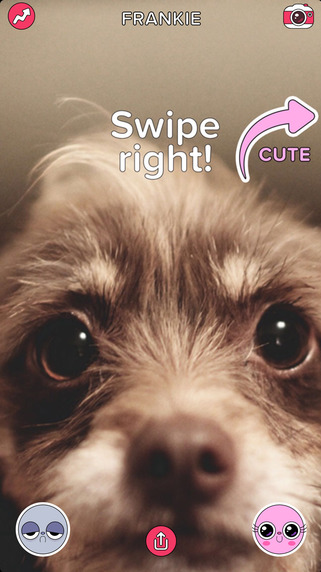 1. BuzzFeed Presents Cute or Not

BuzzFeed know what their readers want, and their latest app serves up a constant feed of it in the addictive swipe-left-swipe-right style. Cute or Not is an incredibly simple premise: users are shown a picture of a pet, and can swipe right to say they’re cute and left to say they’re not. Anyone can upload a pic of their beloved furry friend to be entered in the feed. According to BuzzFeed, “Cute or Not is…about making something [they] think will delight people,” and there is no monetization or advertising on the app.

The Trend Behind The App: BuzzFeed is capitalizing on a few trends with Cute or Not. For one thing, using cute cats and dogs continue to be a major part of their appeal to young consumers, who can’t seem to get enough. At the same time, a certain mobile dating app’s success with young consumers has led to “the Tinder effect.” Swipe right/swipe left design is becoming a go-to design for apps that want to get the attention of Millennials and teens. 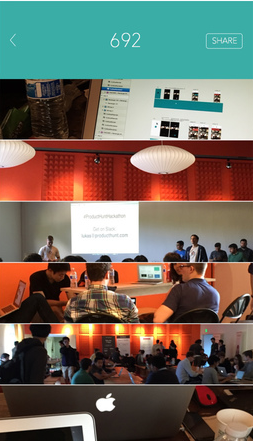 If Instagram is about sharing images of your life with close friends, oneminute is about sharing a moment of your day with total strangers around the world. The app sends users a notification at a random time during the day, and they must take a picture of the world around them within one minute of receiving the notice. Once they do, their photo is stitched together with other images taken during that same time, to give everyone a sense of what other users’ lives look like. Oneminute’s creator says that it was made so that anyone can “instantly know the visual status of the world at a glance.”

The Trend Behind The App: We’ve written in the past about the trend of Clique Collaboration, and now we see this trend branching in a new direction, and tools are emerging that turn global strangers into neighbors—if only for a brief time. People on opposite continents have been able to connect at the speed of the internet since the world wide web’s early days. But as chatrooms and instant messaging have morphed into Reddit feeds and social networks, curiosity has also evolved from simply chatting with those around the world to wanting to understand their daily lives more deeply. 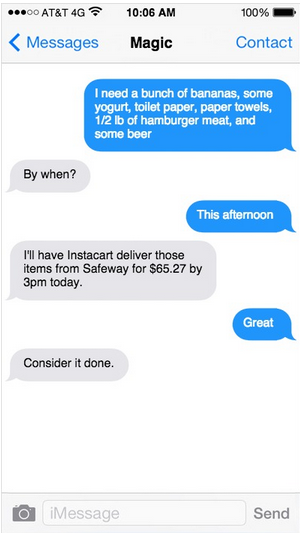 We’ve all had a moment where we wished that a magic button could be pressed to bring us whatever we want. This app wants to be that button. Magic, the text message concierge, says that it will bring users whatever they request when they simply send a text “magic” to their number. “Trained operators” are standing by to get whatever is desired, as long as it’s legal. Procurement and delivery bump up the cost of the item, whether it’s a sandwich or a pair of pants, but the creators believe that users will pay that premium for convenience. While not everyone’s experience has been perfect so far, Magic has a waiting list of over 30,000 names at the moment.

The Trend Behind The App: We’re beginning to see the second wave of the on-demand economy. On-demand startups are finding ways to organize services and create digital butlers, companies that make annoying tasks so automated they are virtually eliminated. While these services are currently available in more niche markets, they indicate a potential future where life’s needs are on-demand for everyone, and for a fee, anything can be outsourced.

Weed legalization is spreading, and in California, one startup is ready to start delivering “connoisseur grade cannibus” straight from farms to customers in need. Flow Kana asks users to take a quiz to be matched to the marijuana they love, then hand picks strains every month that will fit their preferences. Purchases can be delivered in less than an hour, and each order supports a farmer, or “boutique grower” that Flow Kana has partnered with so that “cannabis remains in the hands of farmers and not corporate industrialists looking to turn it into the next GMO crop.”

The Trend Behind The App: The majority of Millennials have long felt that weed is no big deal, and as that attitude is adopted by more of the mainstream, the “marijuanaconomy” is continuing to heat up. Even major brands are showing hints of embracing pot culture, and profits, and startups are seizing the green opportunity. 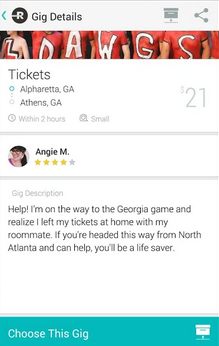 Applying the power of peer-to-peer to a new industry, Roadie is “the first neighbor-to-neighbor shipping network.” Users can create a “gig” to post an item that they need shipped, and the app partners them with another user who is going that way. The app says its “carpooling for cargo,” and wants to make shipping cheaper and friendlier. The idea of putting precious cargo into a stranger’s hands might be odd to some, but Roadie uses double acceptance measures and ratings to keep their pool of users high quality, and Airbnb has flourished on the foundation of connecting strangers.

The Trend Behind The App: Given the social, groupthink nature of Millennials and their inherent knowledge of the internet, it is no surprise that the P2P marketplace has continued to grow, and evolve beyond goods exchange to revolutionize other business categories as well. The “gig economy,” a marketplace of micro-jobs born partly out of the recession, is also pushing the movement forward. Peer-to-peer services are providing their users with new and innovative ways to both make life easier and earn some extra cash