Yes, young consumers are hooked on their phones, and more and more they expect those phones to be personal assistants to help them through the day… But there are also apps that they’re creating and spending time on that are just plain funny, random, and weird—and they shouldn’t be ignored.

We called 2014 the year that mobile solutions became a mass reality, and yesterday we showed you our Q&A with the founder of an app that is designed to make its users lives easier, and fulfill a specific need by telling them who exactly is going out tonight. Our phones are swiftly becoming our personal assistants—and Millennials are pushing that trend ahead with their tech expectations. From finances to menial tasks, they are increasingly expecting that their phones can help them make it happen.

But don’t think that every app has to get their laundry, teach their kids, or pay their bills. At the same time, there is still a rich market for apps that just entertain, or are just plain silly, or weird, and they shouldn’t be ignored. When discussing his new app Super with TechCrunch, Twitter creator Biz Stone said, “In the early days of Twitter, we built something that we thought was fun. We laughed almost every day. We had no idea where that would take us—fun was enough.” Snapchat started with selfie slinging, and they’ve moved into mobile payments. Sometimes the apps that are made just for laughs can lead to something more, but even if they don’t, they can still captivate a young audience to give us a glimpse into their interests and how they are spending their time. Here are three of the weird, fun, silly apps to know: 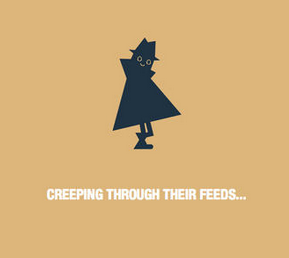 Like Creeper is an app/experiment with a single purpose: to freak out your friends by liking a “horrifyingly” old picture of them on Instagram. Users simply sign into Instagram through Like Creeper, “giving it the keys” to their account, then wait while Like Creeper randomly selects a photo of a friend to like. Buzzfeed calls it “Russian Roulette for ruining your life on Instagram.” So why is this a thing? Like Creeper is evidence that young consumers have clear ideas of what is acceptable on social media. Insta-etiquette might be unwritten, but liking a photo that was posted more than a week ago, give or take, is not cool. Even older than that? Just creepy. The choice of friends that Like Creeper creeps is random as well, so if users are still following an ex, or an ex friend, results could be embarrassing. Fast Company’s take on the app’s appeal is worth noting as well: “Allowing our social media presence, which has become such an integral part of our self perception, to go momentarily out of our control is strangely thrilling, like making a prank phone call or trespassing.” 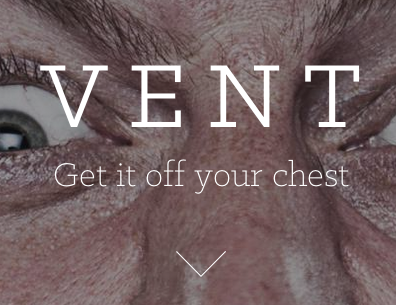 Having a crappy day? We’ve all been there, but what if you don’t want to share your negativity with those around you, or let everyone on Facebook know you’re angry/depressed/annoyed/lonely? Welcome to Vent. This anonymous network is made for anyone to voice their opinions and frustrations to a bunch of strangers. Vent plays off the trend of anonymity and privacy in social media in an interesting way. While many anonymous networks, like Yik Yak, are fighting to make their communities a more positive space, Vent is embracing negativity with the knowledge that many are looking for a place to share their dark thoughts without fear of judgment or other social repercussions. Users can search Vent for rants filed under specific emotions, and connect with others who are feeling the same way they are. 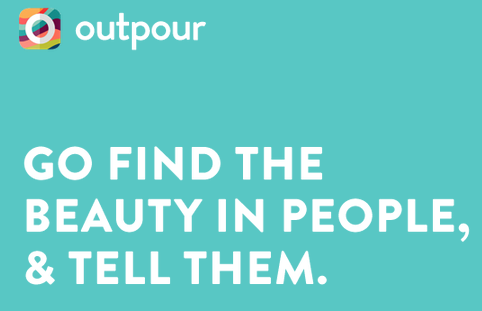 If Vent is the home-base of sharing negativity, Outpour is the opposite: an app for those who want to share their happy thoughts with the ones they love. Outpour lets users post anonymous messages of gratitude to friends and loved ones. The idea behind the app is to give people the power through anonymity to share thoughts they might normally keep to themselves. Users can compose a note through the app, then send it to the recipient anonymously via text. Founder John Liu said of his creation, “Expressing gratitude has social and reputational costs, so we created Outpour to encourage kind words by harnessing the power of anonymity to loosen lips.” Users can also create walls of the appreciative notes that have been shared with them, which others can peruse and comment on, giving Outpour the feeling of a niche social network devoted to niceness.