The App For College Kids Only: Q&A With Wigo’s 22-year-old Founder 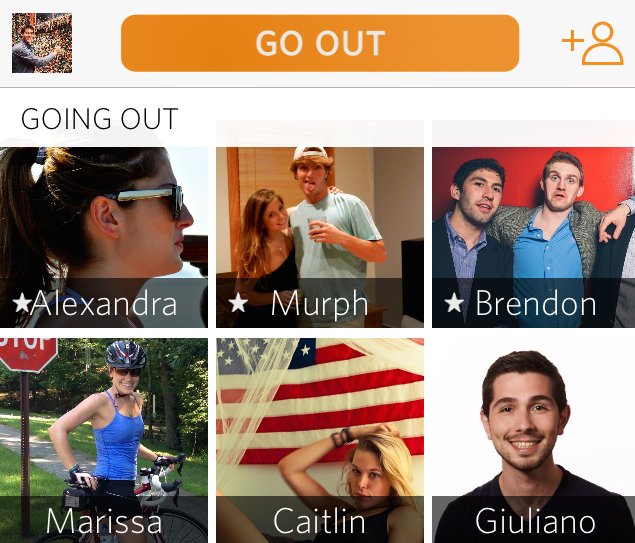 Conceived in a dorm room, Wigo is the app created for college kids only. We talked to the app’s 22-year-old founder Ben Kaplan about what his generation wants out of a social platform, what the future holds for his rising star app, and the social media trend that has inspired everything from Instagram to Twitter.

We featured Wigo as an app to watch in November, when we told you that the app (which stands for Who Is Going Out) helps college students find out exactly what friends are doing each night, and invite them to join party plans at the push of a button, presenting users with a simple mobile solution to a common social situation. After having their .edu address verified (this is really just for college students), users are hooked to their campus network. Then they can either post what they’re doing that night and click on the friends they want to join them, or see what those friends are up to, and chat through the app about plans so they don’t have to switch between interfaces. Wigo wipes data clean each day so that the social event of the moment is the sole focus.

In our conversation with Wigo’s young founder Ben Kaplan, we found out all about the inspiration behind the college-student-only platform, as well as why it appeals to his generation, and what’s coming next: 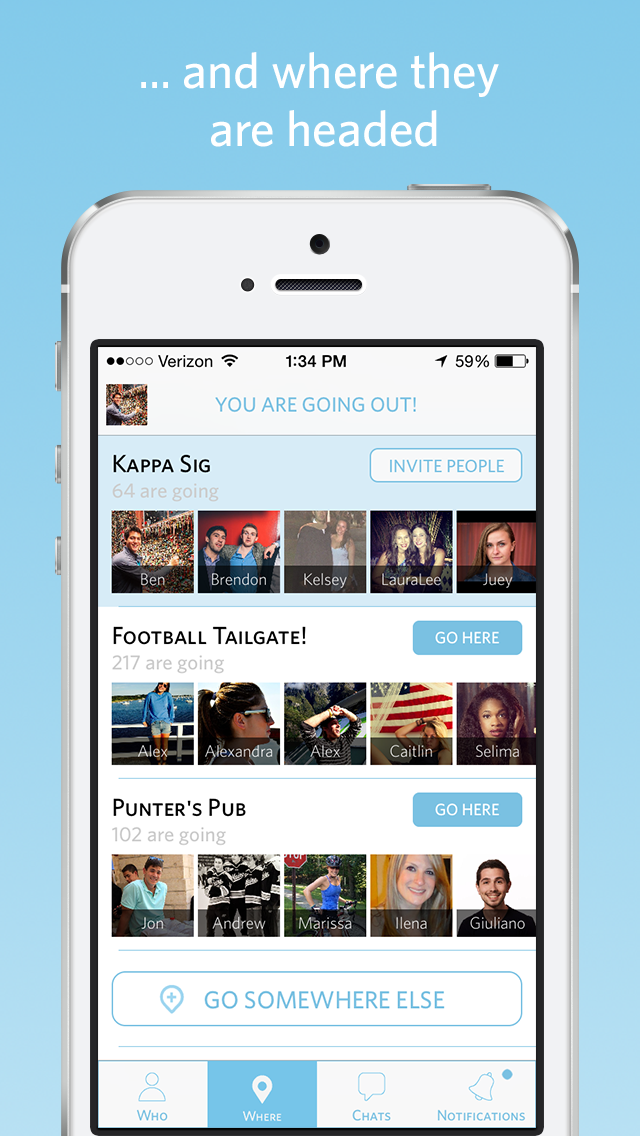 Ypulse: What should our readers absolutely know about Wigo?

Ben Kaplan: The first thing is that our users fall 100% within the demographic of 18-24-year-olds and also 100% of our user-base is college students. To sign up for our you need a .edu email address, which are only issued by universities. In addition to that we have a self-policing mechanism so if someone does get in—say they have an administrator email address—within minutes students can report that user as not being a student. Then we do our due diligence and if they appear to not fit into the college demographic then they are banned for life from our app. So we do take this very seriously, because we want to create a safe, trusted network of college students only. With Facebook having a timeline of your events that available to your parents, and your future employers, and even your grandma in some cases, we’re taking the opposite approach and making it kind of hard to get into our network so students can trust it.

YP: You’re 22, so couldn’t have been on Facebook when it was college-only, so what was the inspiration for creating Wigo?

BK: I guess the real inspiration came from being in my dorm room Freshman year and hearing constant questions around going out—who’s going out? Where are we going? Which bar should we go to? Who’s having a party? I wanted to create a platform for college kids to discuss these things because, quite frankly, the current options I was seeing really sucked, which were group text messages, where if every Friday night you were the one texting the group it came at the social cost of looking out of the loop and desperate. I saw countless Facebook posts saying, “Hey, what’s poppin’ tonight?” with like one Like and no comments, and that doesn’t solve anything. So I thought why isn’t there a platform where a bunch of kids at the same school can just talk about what they want to do, without other people in the network and that’s what I built. I came up with Wigo in my dorm room in my Freshman year of college, and I put into it all of the things that I wanted out of a social network. I wanted it to be ephemeral, like Snapchat, because I loved how the next day everything was gone. With Wigo, even in our servers we don’t store stuff for days and days—once it’s off our app, it’s gone forever. People are hesitant to use Facebook because they are worried about having a trail of their social history—the classic example being Facebook changing from a wall to a timeline so literally from when you are born through your entire life there is a record. So again we’re taking the opposite approach of let’s look at the fun stuff from yesterday, let’s talk about tonight, and nothing else. Then that’s gone and you move on to the next night.

YP: Tell me a little more about the ephemeral nature of Wigo—what was behind that decision ultimately of wiping it clean each day, and what do you think the appeal of that is to your users?

BK: A big part of it is trust. I made most of the decisions as a living, breathing college student, and you’re more likely to put something on Snapchat that’s more genuine to what I’m doing in the moment, but that I’m afraid to put on Facebook. I speak on behalf of my generation, because we don’t trust something that’s going to be there forever. Having an ephemeral approach is I think extremely important—we don’t want an electronic paper trail of all of our actions. You’d hear stories of it coming back to bite you. 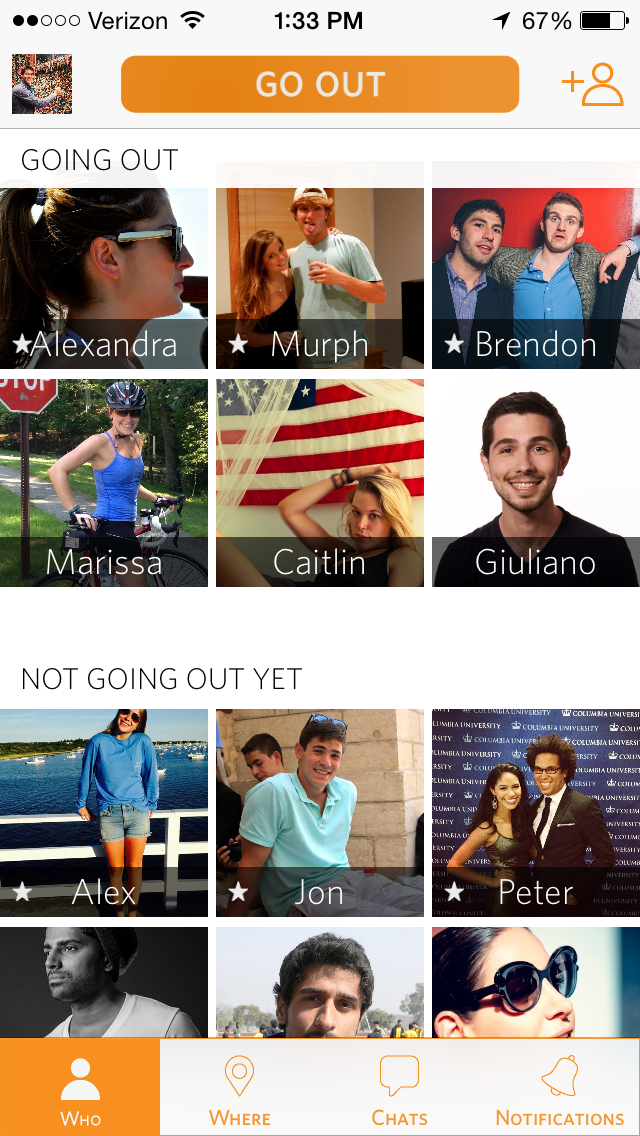 YP: Who are Wigo’s biggest competitors?

BK: It’s a funny question. To be completely honest, we don’t have any direct competitors….and that’s not a challenge for anyone reading this! It’s the who’s going out app, and we really don’t have any competitors. I think the biggest trend with social media in the last three or four years is the debundling of Facebook. To explain real quick, Facebook already had pictures, right? But Instagram, instead of having pictures with events and all this other stuff, just focused on pictures, and made them beautiful. They just leaped past Twitter in active users. Facebook already had a status update, but Twitter made it all about the status update. Facebook does everything kind of well, and I don’t mean to bash Facebook. But the debundling trend is platforms started by young people like me, Evan at Snapchat, and Justin and Sean at Tinder, that are doing one or two things really, really well, instead of trying to do everything. For making imminent social plans with your friends for my demographic, there’s no one else doing it, and we have a ton of traction.

YP: What have your user numbers been like and what kind of growth have you seen?

BK: We’ve seen really, really strong growth. To the point where two months in, I was fortunate enough to meet Justin and Sean [the founders] of Tinder, and when I told them our top secret numbers, they both kind of looked at each other, and a couple of days later they invested. So our growth is paralleling Tinder’s early growth and we’ve been downloaded on over 1,100 schools already in the U.S. We’ve been live for a little over three months. Our biggest focus is getting critical mass at each school. So instead of having 300 users at 1,000 schools, we’d much rather have 2,000 users at 100 schools. We’re not even seeing trends of what types of schools love it—we’re seeing small New England-y schools, we’re seeing huge state schools in Texas. We have strong activity.

YP: So what are your plans for growing in the future? What’s next?

BK: We actually have a brand new feature that we’ve been testing in stealth mode for the last month or so. I can’t go into too much detail, but it’s basically going to revolutionize the going out experience for college kids. Whereas right no the app is super useful in terms of a planning tool—seeing who’s going where, and friends of friends—this new feature is going to enhance the experience and make it more fun and collaborative, and involve adding content to an event. So that’s our immediate focus. After that, we’re going to have discussions around doing a little bit of geo-fencing, so by May when all of our awesome, thousands of users go home for summer vacation, or graduate from school, allowing them to use it in their own cities.

YP: Is there any concern about your users graduating, and needing to acquire new users for each incoming class?

BK: I’m very excited for this coming spring and summer. There is so much going on in school it’s great, but now that I’ve dropped out of school and I’m living in Boston, in the big boy world for the first time, there is actually even more of a demand, I’ve noticed first hand, for a product like Wigo. Because instead of living in a dorm of 300 people, now I’m living in an apartment with one roommate, and we’re wondering what our 20 friends are doing who are scattered all around the greater Boston area. So the demand for a product like Wigo, I believe, is actually just as strong, or stronger, post-grad. Our goal is by May to let this years graduating class kind of spearhead that off-campus adoption. Wigo has already created that network of other college grads. Our tagline is “no adults, no townies, and no randos.” We have a very tailored list of like-minded users, and we’ll help you find other people who have met the requirements to use Wigo. 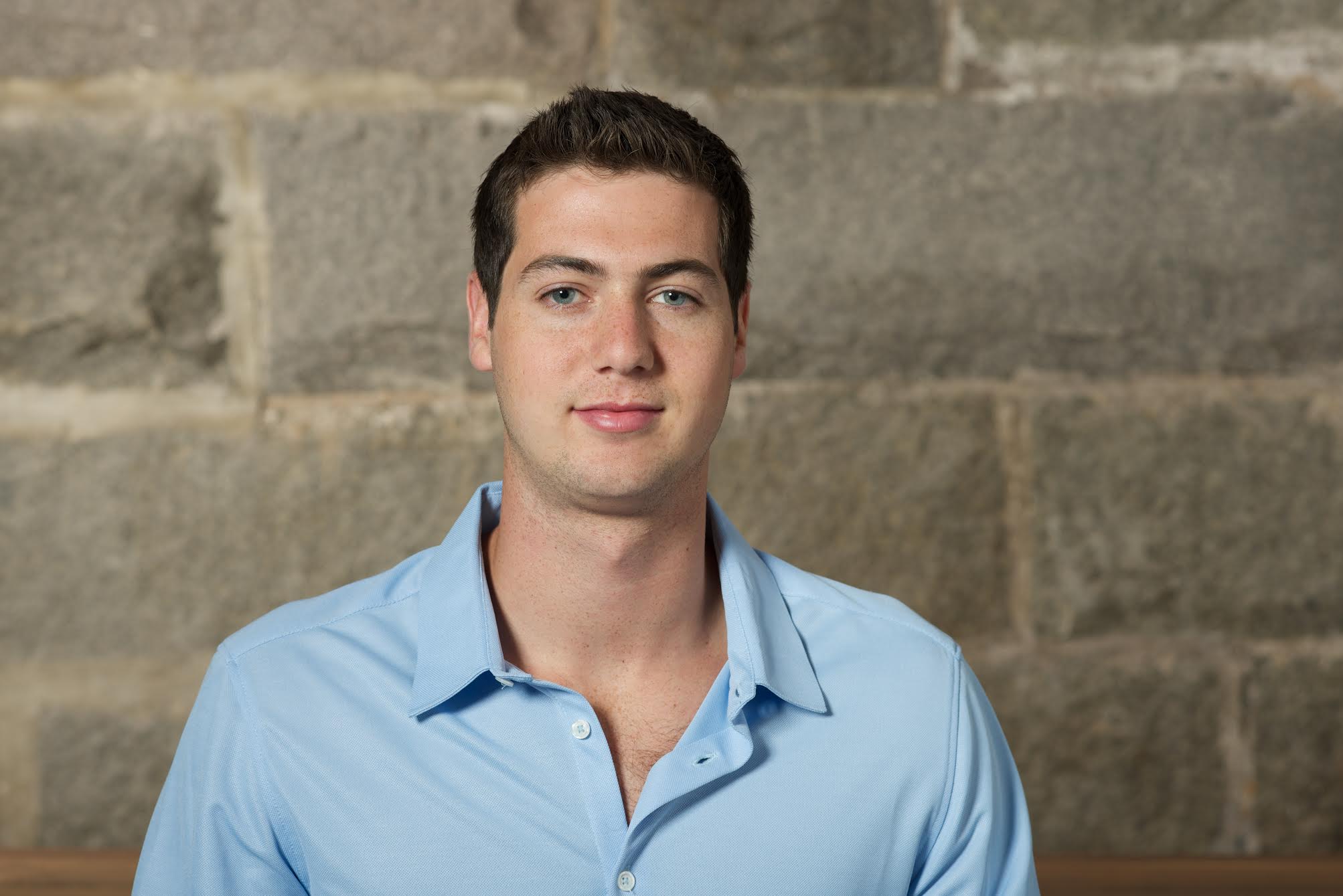 Ben created Wigo, the college-only “who’s going out” app, in his dorm room at Holy Cross after getting frustrated that there wasn’t an efficient way to find out where his friends and classmates were going on a night out. He devised a mobile solution that would provide a simple way for students to organize their rapidly evolving social plans so that everyone could easily find out who was heading to what bar, frat party, or sports game. It caught on quickly at Holy Cross, and although it requires 100 users at any given campus to “unlock” the app, 1,100 colleges and universities now have downloaded Wigo and over 25,000 events have been created. The app is strictly for students and has a built-in “GTFO” blocking feature to ensure that no post-grads, potential employers, or parents are getting in on the fun. Since launching the app, Ben has received seed funding from not only the co-founders of Tinder, but from professional athletes like Vince Willfork and James van Riemsdyk and Kayak.com co-founder Paul English.