Cupid in a Smartphone: The Mobile Hunt for Love 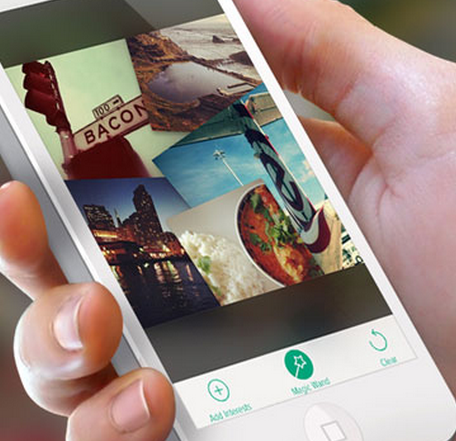 Looking for love through an app is becoming more and more common for Millennials , and the dating apps they’re using can teach us something about the generation.

It’s hard out there for a dater. 47% of 18-32-year-olds say that compared to what they think dating and relationships were like when their parents were their age, they think they have it harder. Interestingly, though it’s likely that tech and social media has in some ways made the dating world more difficult to navigate (Facebook status jealousies, cheating via sext, etc.) most Millennials actually tell us that things like social networking, texting, and video chatting have made the dating and relationship landscape easier for them. They have faith in the technology that they have learned to rely on in almost every facet of their lives, and their reliance on that tech is certainly continuing to change the dating game.

Online dating has become increasingly accepted in the last decade, thanks in large part to Millennials’ entry into the dating world and their comfort with meeting people digitally. According to a Ypulse Bi-weekly Survey taken earlier this year, 38% of 18-32-year-olds agree that dating services are a great way to meet new people, and 25% of that group say they have tried an online dating service. Now, the search for love is going mobile. Though currently, it’s not as common for young consumer to use their phones to find a partner—only 11% of Millennials ages 18-32 say they have tried a “meet up app”—mobile dating tools are also growing more accepted and gaining popularity. It makes sense: Millennial’s social networking behavior has shifted to be majority mobile, and they consider their phones their lifeline to the world. Already, 41% of 18-32-year-olds agree that it is fine to ask someone out on a date by text message. Why not meet that date through their phones as well?

But shifts in mobile and online behavior can often indicate something bigger about the generation. In other words, a dating app isn’t always just a dating app. As mobile dating services become more normalized, the apps they choose could reflect something larger going on in their worlds. Here are three dating apps hoping to cater to the generation’s growing comfort with hunting for love via mobile, and what each says about Millennial daters and dating trends right now:

We pointed out that Tinder, which has gotten plenty of attention for attraction the single Millennial crowd, encourages a snap-judgment dating mentality. Twine is aware of that problem, and is positioning themselves as the “anti-Tinder” by de-emphasizing profile pictures and making users’ interests the featured element being shown to other members. Twine explains their philosophy as “Personality before physicality.” Each user is encouraged to create a “canvas,” which is simply a collage of the images they have on their phone that they feel express who they are. The app’s site explains, “Twine Canvas is for people looking for brains and beauty. It reveals who you are first, instead of being evaluated only by how you look.” Users are matched up based on their location and the compatibility of the interests they’ve listed, and profile pictures are only revealed once users have indicated that they are interested in one another. The images chosen for the canvas displayed are also meant to be conversation starters, but just in case Millennial daters need even more help figuring out what to talk about, Twine offers a “patent-pending ICE Breaker feature” that “suggests topics based on the interests of your match so you can have a more engaging interaction.” Twine also a tackles some of the gender imbalance that many dating sites and apps face, which can make female users feel like the digital dating world is full of creepers. The app aims to amend the issue by maintaining equal amounts of male and female members. If one gender becomes overpopulated, a queue is created so that no more users of that gender will be accepted until things are re-balanced.

What It Means: The fact that there is an “anti-Tinder” app in existence means that at least some Millennials are aware of the dangers of judging people on a single photo. Twine’s emphasis on personality over physicality also indicates some of Millennials’ general online judgment fatigue, which has also been a motivator behind the rise of anonymous and private networks. 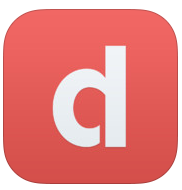 For all the activity in the online and mobile dating market, one audience has often been ignored. Until Dattch launched, lesbian daters had few resources to meet someone digitally. Though they could potentially join other sites and apps, those spaces weren’t much use when so many potential matches weren’t even the same sexual orientation. Dattch was developed to solve that, and since launching in 2012 has developed a reputation as one of the best lesbian dating apps around. Designed “for lesbians by lesbians,” the app promotes their awareness that women are not looking for the same mobile dating experience that men are. Dattch isn’t about instant meet ups (a.k.a. hook ups), so location isn’t a part of matching up users. Instead the focus is making it easy for women to talk to other women. Dattch provides plenty of information on each users’ interests, providing Pinterest-board style image profiles designed for easy perusal. They also introduced a “Would You Rather” feature to help promote interaction in a fun gamified way. In order to keep “voyeuristic” men out of the app, Dattch relies on a verifying system, using Facebook profiles to weed out any non-ladies. Those members without a Facebook profile must have a follow-up phone or Skype call to complete their verification. The app was recently released on Android and launched in New York (it’s already live in the UK, San Francisco, Los Angeles, and Florida), so we expect that their user base will continue to expand.

What It Means: The New York Times included Dattch in piece on the larger movement of Silicon Valley embracing and designing for the gay community. Millennials’ overwhelming openness to same-sex relationships and awareness of LGBT issues means that the generation will continue to expect that anything straight people can do, LGBT individuals should be able to do too—whether that be marriage, or the ability to tap a screen to find love. 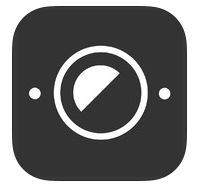 Many Millennials use Instagram as a kind of public visual diary, and often users feel like their Instagram posts say more about them than any text could. Glimpse is a dating app “built on Instagram” that taps into the visual sharing network to create an image-based community of singles ready to mingle, introducing users to other nearby Instagrammers they might click with. The app lets members select nine photos from their Instagram account to build their profile, and give a more authentic sense of who they are. These photos are the centerpiece of a user’s profile—though some basic information like gender, sexual orientation and age are included to describe potential partners, the images are the main source of information revealed. According to Glimpse, they “help people communicate both what they look like and how they see the world. We believe visual perspective is important because it’s today’s most valuable form of social capital. If the web has transitioned from saying to showing, why haven’t dating profiles?” The thinking is that real conversation is much easier to start when you see a visual slice of someone’s life, and that’s the photos taken from Instagram are much better, more natural fodder for interaction than a selfie and a paragraph of text. Some snap-judgment avoidance is also alive here. Comparing themselves to other apps, Glimpse tells visitors, “If Tinder is hot or not, then Glimpse is interesting or not.”

What it Means: Notice a theme here? Each of the apps we’ve covered put a huge emphasis on images over text, and make users’ photos the centerpiece of their profiles. We talk all the time (ok, almost nonstop) about how important visual communication is to Millennials, and these dating apps prove that when it comes to digital, they are looking for a “show don’t tell” experience. Glimpse also reveals Instagram’s growing influence. The app is already being used to make modern wedding albums, fill casting calls, and more, and the question of what Instagram is for is just beginning to be explored. Instagram users are curating a collection of images that they feel says something about who they are, and the opportunities to creatively play with that content are just beginning to surface.