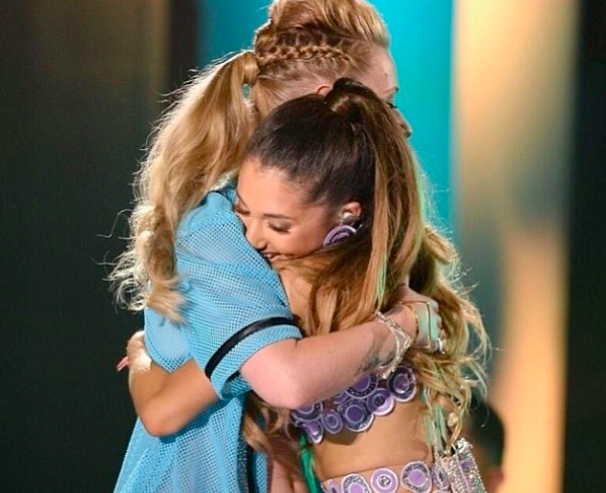 Collaboration is a major part of the Millennial mindset. We have seen famous YouTubers and Viners work together to increase their views, and young creative cliques in the generation are not uncommon. YouTube even has a veritable how-to on channel collaboration, extolling the positive benefits of cross-promotion and teaming up with creators who have a similar style and audience. Now we’re seeing this trend grow stronger in the mainstream music world, with Millennial artists not only working together on projects, but finding new ways to support up-and-coming talent in their rise to fame.

Musicians of generations past were often characterized as loner types who were somewhat energized by feuds and felt discourse even within their own bands. But Millennials have been proving that their comparitively more optimistic, group-think nature is holding up, and influencing the way they interact with other artists. The trend has been amplified by their capacity to influence and interact with millions of their peers online. Meeting others with similar ambitions and creative ideas has never been more accessible to aspiring musicians, opening the door for mentorship and collaboration between young artists no matter their respective spots on the music charts. 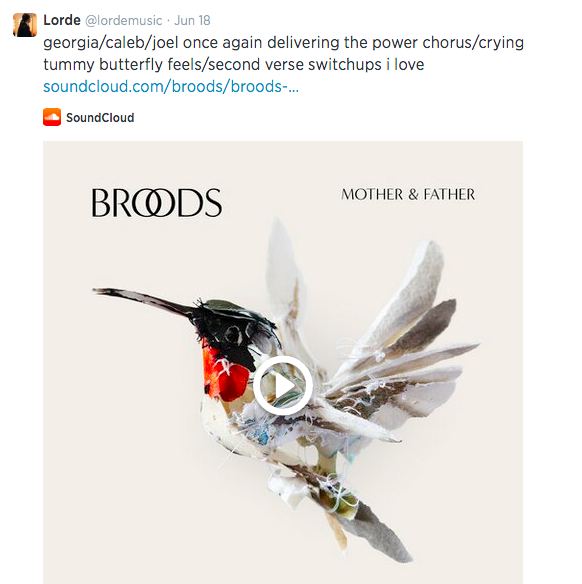 Lorde (only 17-years-old, mind you) became a worldwide sensation over the course of just one short year—“Royals” dropped in June 2013. Understanding the depth of overnight fame, she has taken to Twitter in the past few months to show support for new music artists, many of whom have been featured in our coverage of rising music artists to watch. Brother-sister duo Broods has felt consistent support from Lorde since teaming up with her Millennial producer Joel Little, all New Zealand natives. With each song release, Lorde has been keeping track of their progress and publically praising the new sounds emerging from the trio’s work. Lorde also often retweets updates on her favorite new artists, like a recent album announcement from FKA Twigs.

Following Lorde and other young Millennial “music mentors” on social media, especially Twitter, can offer a heads-up on new relatively unknown artists destined for great things. Raury is one of those artists, recently given a shout out from Lorde when she tweeted “@Raury i like you very much.” A tweet mention from an already established Millennial artist provides massive amounts of exposure and potentil fan-building for these young unknowns. Raury in particular has been tweeted at so enthusiastically from established Millennial musicians in the last few months that it’s no wonder the 18-year-old secured a spot as an opener for OutKast’s one-day ATLast festival alongside 30-year-olds Kid Cudi and Childish Gambino. Kid Cudi threw praise at the kid by tweeting “I am beyond flattered u honor me the way u do, Raury. U are a born leader and revolutionary, and u have my support and love – Scott.” Millennials Mac Miller and Wiz Khalifa have also sent shout outs to him on social media, which we can only speculate could turn into collaborations in the future. 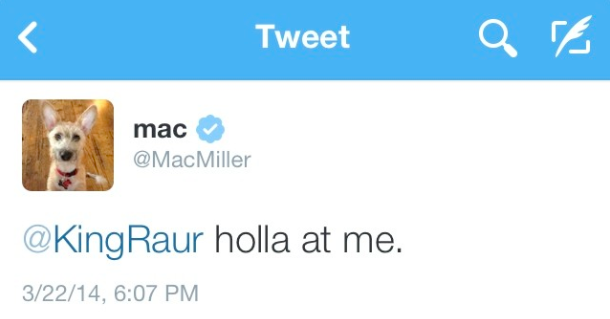 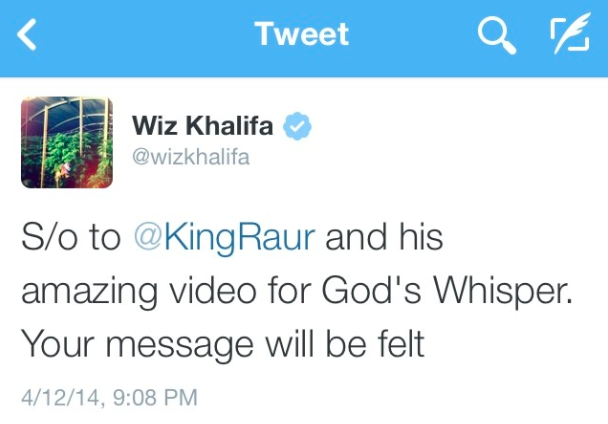 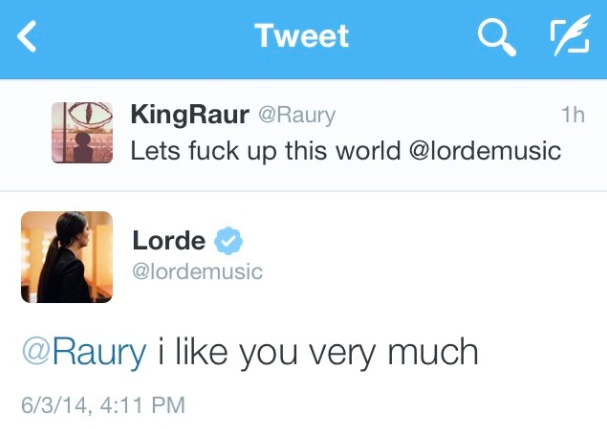 Since joining together to create music brings its own set of complications in terms of logistics, remixes have become a way for artists to put their stamp of approval on other’s tracks. ‘90s-esque R&B duo ASTR regularly remixes songs of established artists and became known for their cover of Drake’s “Hold On, We’re Going Home.” Young audiences love hearing song covers, and they’re often among the most-watched videos on YouTube. ASTR also created a remix of the single “Bridges” from Lorde’s favored pair Broods, which Broods now features on their SoundCloud page. 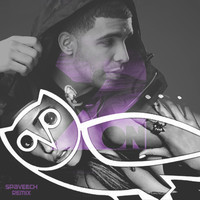 Collaborating through remixes allows young artists to test out their talent and increase exposure at the same time. Drake recently took on the role of Millennial music mentor when he remixed new artist Tinashe’s new single into “2 On/Thotful,” giving it an entirely new feel. Tinashe excitedly found out about the remix on Twitter, and sure enough, the back-and-forth between the rising and established artists led to a new radio edit of the song featuring verses from Drake’s version.

Collaborations between young and seasoned artists has made a name for many Millennials, including girl-of-the-moment Iggy Azalea, who has worked with everyone from fellow rising star Charlie XCX to Ariana Grande and now Jennifer Lopez. But that is not to say there is no bad blood among Millennial musicians. Rumors of discourse between her and BET’s “Female Rapper of the Year” Nicki Minaj exploded following her acceptance speech, but Minaj is of the older Millennial set and has taken on a loner mindset from the start as an outcast who fought her way into the industry. Iggy Azalea’s response to the rumors of shade being thrown her way is more indicative of this newer Millennial “no-feud” attitude. She congratulated Minaj on Twitter and simply telling fans and the media to “let it go” on Instagram. This isn’t the only example of a young female star working hard to rise above the pop-fued mentality. After Lorde was quoted saying some negative things about Taylor Swift, the two went to great lengths to make it known that they had patched things up, and make the story of their friendship the focus in the media. 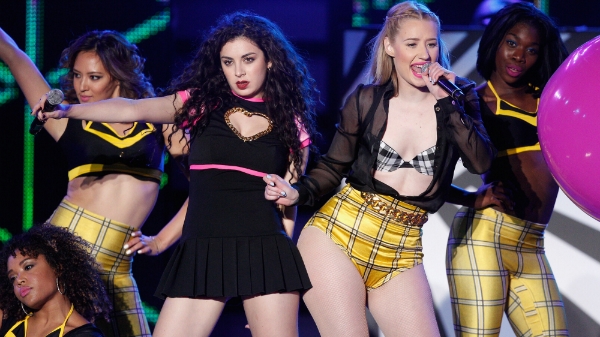 Optimists at their core, most Millennials are motivated by positive support from each other and are increasingly taking the time to pay it forward once they’ve reached a certain height of influence on social media. Mentors have long been common in the music industry, whether producers take new artists under their wing, or label mates offer advice to one another. But this generation of artists is making fame a team effort by collaborating, remixing, and shouting out to each other in whatever capacity they can, then rising to the top of the charts together.