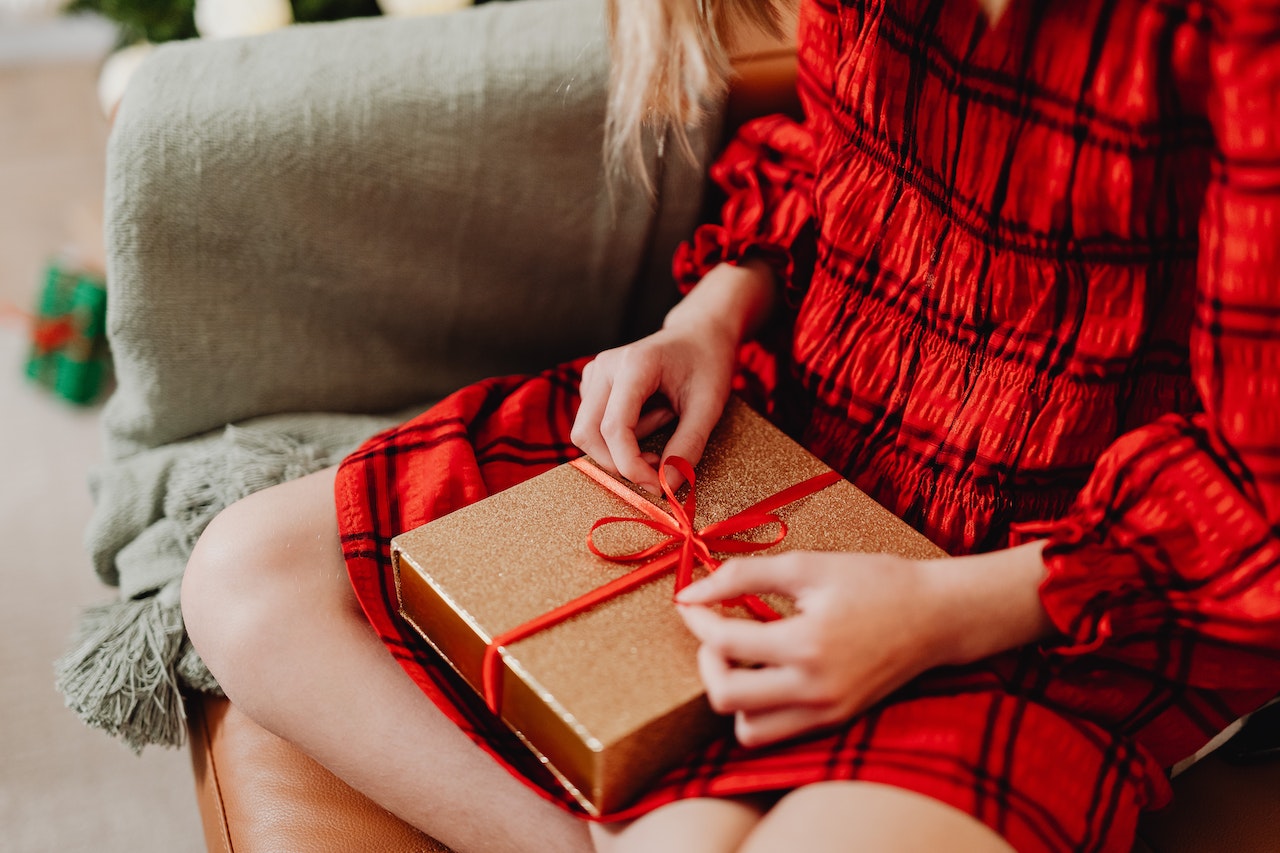 With only a couple weeks left until Halloween, winter holiday merchandise has hit retail shelves, and YPulse’s Holiday Shopping Plans report shows many Gen Z and Millennials are ready to get a head start on gift shopping. Especially with their recent financial concerns: two thirds of 13-39-year-olds agree the current state of the economy / inflation has made them think about holiday shopping earlier than they usually do. They’re hoping to find more deals that will make staying within their holiday shopping budgets possible—and those budgets have taken a significant cut from last year.

A projection from Mastercard in early September expects holiday shoppers will spend 7.1% more this year than last, however, “The projection is also not adjusted for the four-decade high in inflation, suggesting that retail spending could suffer a decline in real terms.” YPulse data indicates looks like it could be the case: nearly 25% of young holiday shoppers tell YPulse they’re planning to spend less than last year (as compared to 17% who said so in 2021). And the average amount they plan to spend on gifts—for others and themselves—really has taken a dip since last year: 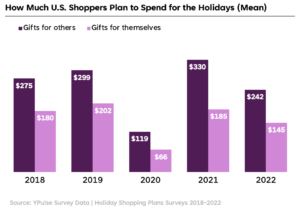 According to YPulse data, the amount Gen Z and Millennials plan to spend on the holidays has dropped below $400 total, even less than their spending predictions in 2018. The majority of young consumers (69%) tell YPulse the economy / inflation (and surely all the conversations about recession) are impacting their holiday shopping budget this year. Since last year, their predicted budget for gifts for others has gone down by 27% (nearly $100 total), and spending on themselves has decreased by 21%. It’s a massive change from last year’s boom in spending; in 2021, young consumers’ holiday shopping budgets had bounced back to pre-pandemic levels (and even slightly above) from the huge impact COVID had on their finances.

They’re anticipating changes to both gift giving and receiving because of it—64% of Gen Z and Millennials agree they are just going to be giving fewer gifts this year because they can’t afford it. And some are planning to be giving loved ones more necessities, too, rather than (or in addition to) usual gifts. As for what they want to receive, more than a quarter say they’ll be asking for necessities / essentials as well. Things like grocery or gas gift cards are on Millennials’ wish lists especially, and 61% of young people agree they’d rather receive money than a product this year.

But, because they do want to be able to shop as normally as possible, many are going to be bargain hunting. The majority of young shoppers plan to shop on Black Friday or Cyber Monday, and 72% of those shoppers agree they’ll be relying on those deals this year because of a tighter budget. These sale holidays don’t need to be confined to just their typical days, though, and the majority of young shoppers agree they would appreciate some early deals. Amazon is (unsurprisingly) the top place young consumers say they’ll be buying gifts this year, and the brand gave Prime members the perk of Early Prime days, a pseudo-Cyber Monday on October 11-12.

In another attempt to make their budgets less stressful, 41% of young consumers agree they’ll be using pay-in-installment services (e.g. Klarna, Afterpay, etc.) to shop for the holidays so they can buy what they want. These services have become increasingly popular in the last few years (especially with Gen Z), mimicking the benefits of credit payments without the same connotations of debt. However, one report finds “of the Gen Z consumers who used buy now, pay later platforms for their holiday purchases in 2021, 43% had missed at least one installment payment that year,” so it may have the same risks.

YPulse not only tracks holiday shopping plans, but also conducts a post-holiday shopping review, which asks young consumers how much they actually spent on the holidays. It’s often more than they predicted they would. When predicted budgets were low in 2020, YPulse’s Post-Holiday Shopping Review Report in 2021 showed young consumers actually spent much more than they had hoped to. Despite their predicted budget being under $200, young shoppers say they spent an average of $633—an average of $383 on others and $250 on themselves.

And this year, YPulse data shows 74% of Gen Z and Millennials agree they’re going to want to do whatever they can to make this holiday special to make up for the year they’ve had, so gift shopping could once again go above planned budgets in order to treat their loved ones (and themselves). Millennials parents especially could be buying outside their budget if need be: 74% agree they are going to make sure their children get the gifts they want regardless of the economic situation. In other words, while brands should take the dip in planned budgets as a serious sign that young consumers’ shopping will look different this year, there is still a chance that their spending won’t be quite as low as they’re planning.