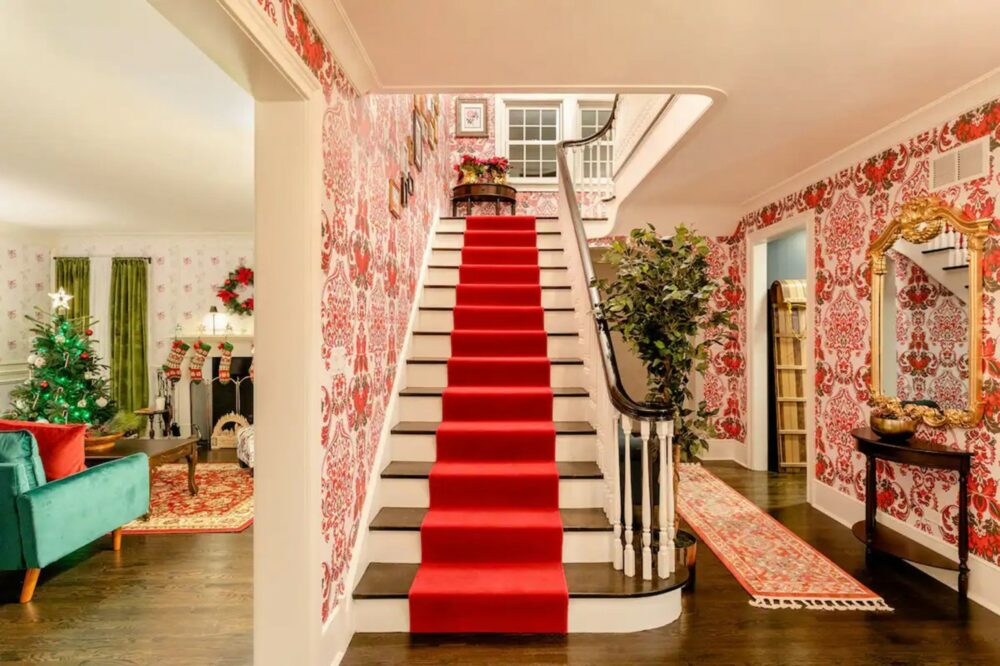 Airbnb created a lot of themed rentals in the last year as a marketing stunt to target young fans of popular TV shows, movies, and iconic locations from around the world. But how many actually want to stay in one?

We told you that Airbnb has become Millennials’ preferred place to stay when they travel during the pandemic. The number of 18+ young consumers who say they want to stay in an Airbnb when they travel has been increasing since 2017, while national hotel chains have been on the decline.

In the last year, the company has been coming up with a lot of new ways to reach them by collaborating with brands and individuals for affordable, innovative travel experiences and accommodations so they have a fun (and in some cases, a nostalgic) trip. And according to our on-demand survey platform PULSE 62% of 16-34-year-olds are interested in staying at a themed Airbnb, and 67% of that group tell us they would travel far to stay at one. Original homes or replicated sets from popular TV and movies are the top kind of themed Airbnb they would like to stay in, followed by nostalgia-themed, and holiday-themed apartments and houses. (Hint, hint, brands.)

It’s not just Airbnb. Other rental platform competitors like Booking.com, who teamed up with “The Friends Experience” to let diehard fans stay in a replica of Monica and Rachel’s apartment this spring, and Vacasa, who just announced they’re letting visitors stay in a replicated Grinch cave in Utah, have been coming up with creative rental experiences too. According to Marketing Dive, the marketing tactic “reflects how marketing around in-person experiences has started to resurface after going quiet last year due to the pandemic, though safety concerns remain a priority.” But Airbnb has been creating the most promotional houses as marketing stunts by far—here are seven of them to be inspired by: 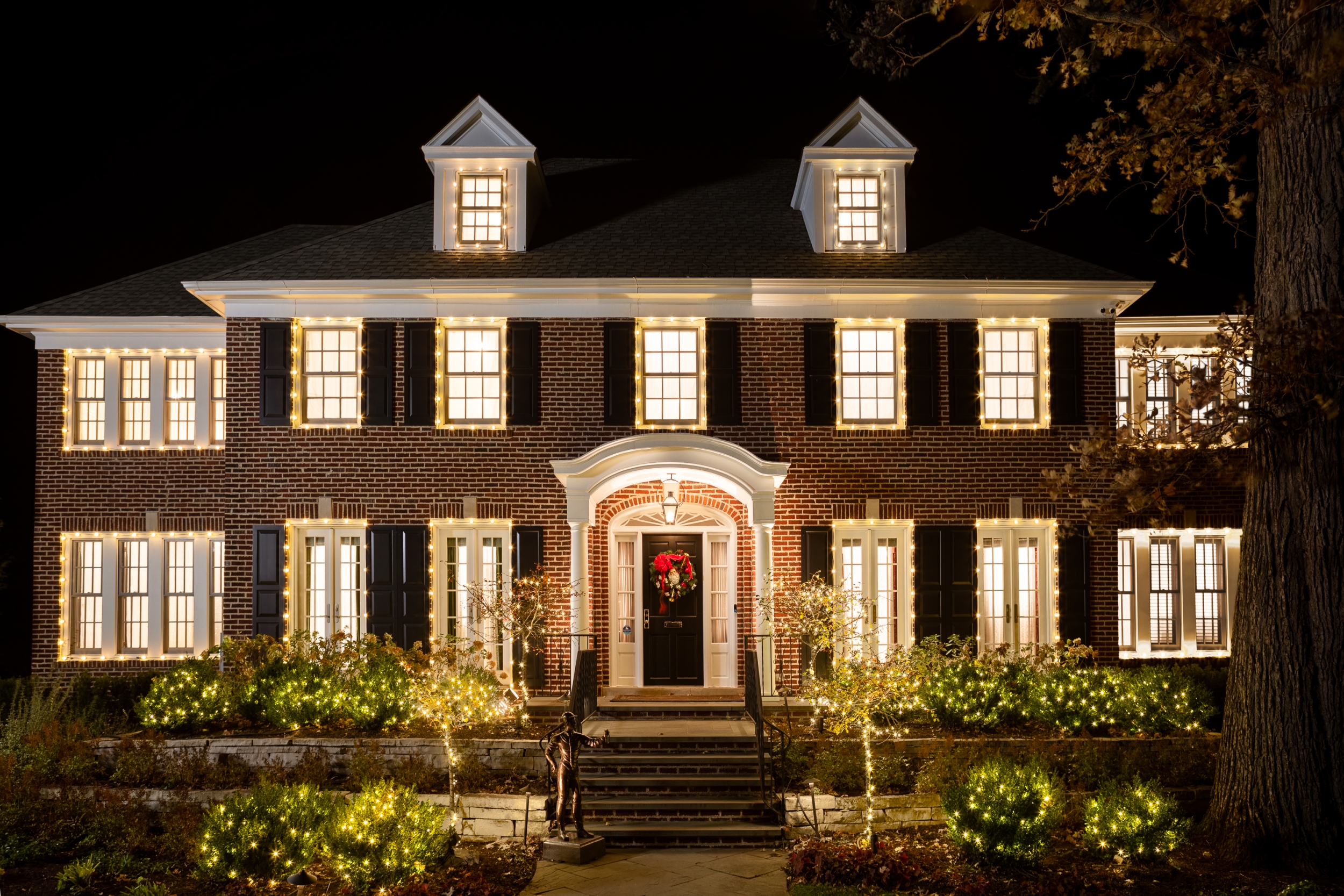 The Home Alone House
We said that original houses/apartments from popular movies/TV shows are the top kind of themed Airbnb that young people are interested in staying in, and the brand has been bringing some iconic locations to life for them. This month, Airbnb announced that travelers have the opportunity to stay in the original Chicago-based McAllister household from Home Alone—the same exact house where Macaulay Culkin’s Kevin set up traps in the classic ‘90s flick. The booking platform also teamed up with actor Devin D. Ratray (who portrayed Kevin’s mean older brother Buzz), who will be the host of the house. It will be available for one overnight stay on December 12—and will only cost $25 (which is about the same cost of a few cheese pizzas). Booking opens on December 7 on a first come, first serve basis and will only be available for one night the following week. Interested fans can enter to win the one-night booking experience starting on December 7th. The house will be decorated for the holidays and include replicas of props from the movie, including the lawn jockey statue outside, paint cans dangling from the staircase, a pet tarantula, a candlelit dinner of Chicago deep dish pizza, and Kraft Macaroni & Cheese, and a screening of Disney+’s Home Sweet Home Alone to complete the experience. 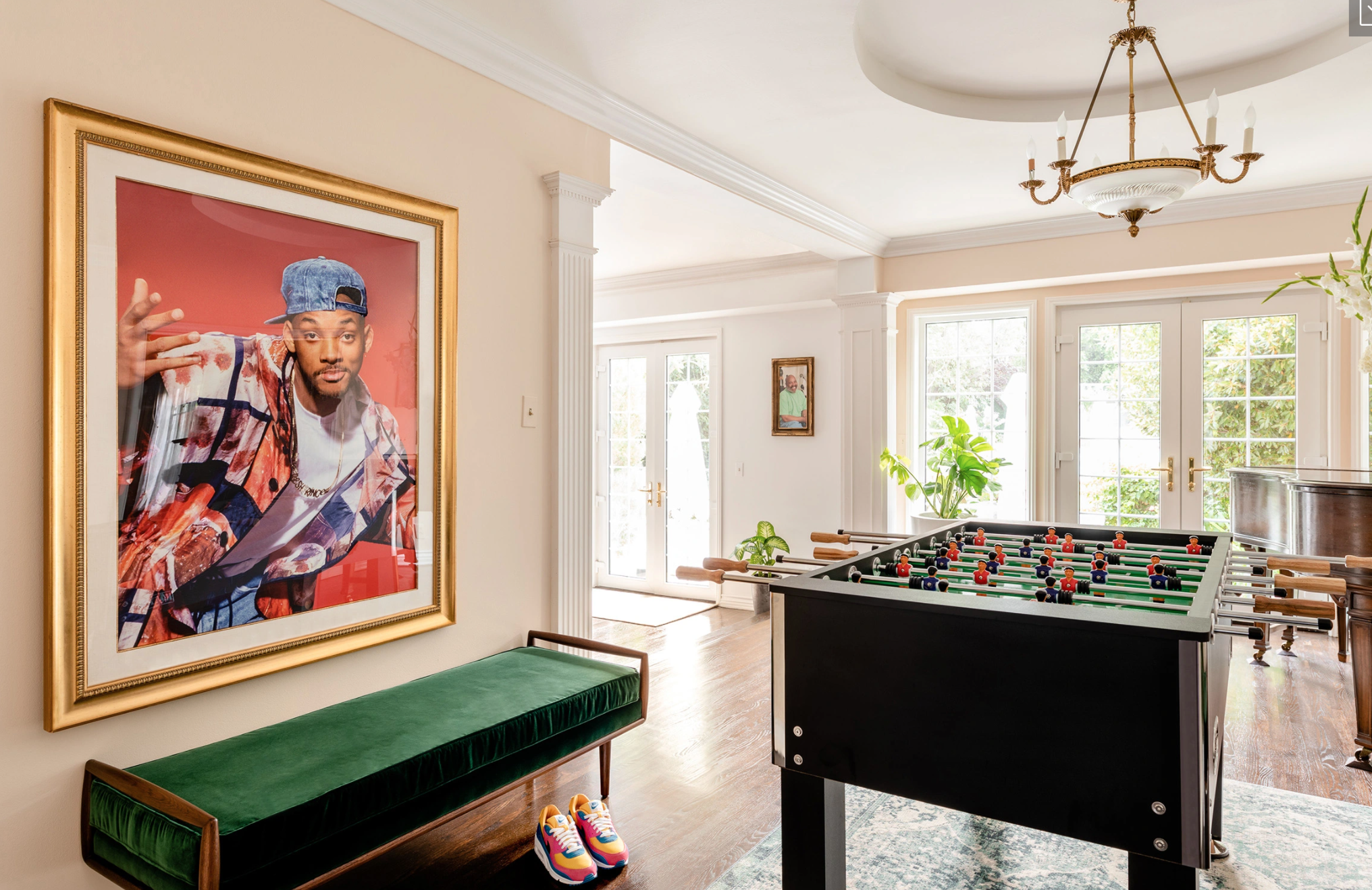 The Fresh Prince of Bel-Air Mansion
In honor of The Fresh Prince of Bel-Air’s 30th anniversary last year, Airbnb gave people the opportunity to spend the night in the same mansion used in the popular ‘90s sitcom—though interested visitors had to be a resident in Los Angeles County. At the end of last September, interested residents and one additional guest got to spend one night in the mansion for only $3o, and those who booked on a first come, first serve basis could select from an option of dates during the first two weeks of October. Visitors had access to one specific wing of the house, where Will Smith’s character stayed during the entirety of the show’s run, and it “reek[ed] of the 1990s in all the right ways.” The room included a wall-mounted mini basketball hoop, access to Will’s wardrobe on the show (like the iconic shirt he wears in the intro), and a display of hats and Jordans on a shelf. Along with celebrating the milestone, the rental experience also coincided with the HBO Max cast reunion that premiered in November as well as the announcement of Peacock’s “darker” reboot of the show. 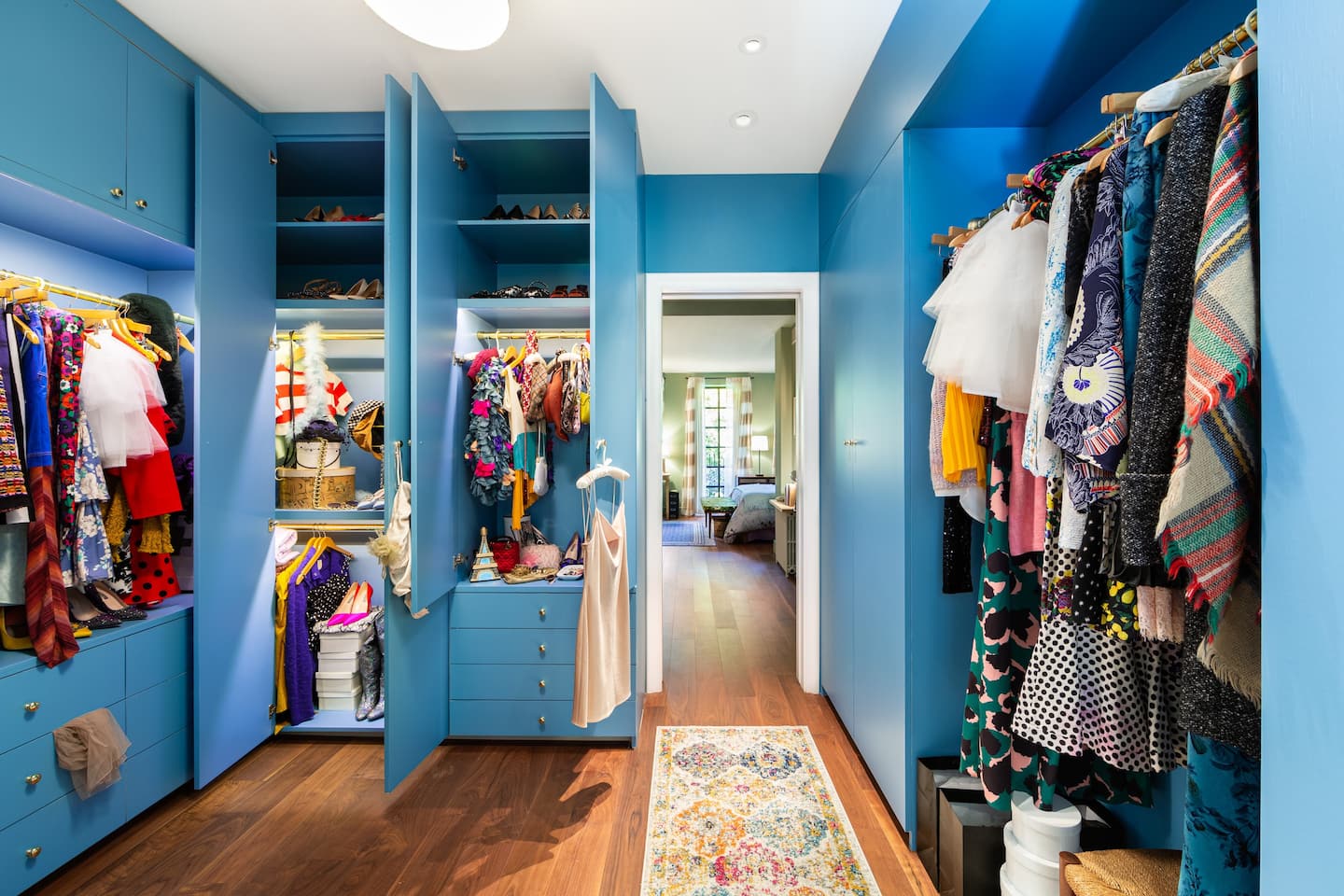 Ahead of the Sex and the City revival And Just Like That on HBO Max, Airbnb collaborated with actress Sarah Jessica Parker to bring Carrie Bradshaw’s iconic NYC apartment to life. Last month, they announced that travelers could rent Carrie Bradshaw’s iconic brownstone apartment for just $23 per night on November 12 and 13 on a first come, first serve basis. The apartment’s recreation serves as the IRL set for the upcoming show’s 10-episode revival. And the cherry on top: Sarah Jessica Parker greeted guests with a Bradshaw appropriate virtual welcome upon their arrival. Airbnb also committed to making a one-time donation to The Studio Museum, an art museum devoted to featuring works by artists of African descent, to celebrate the show’s return. 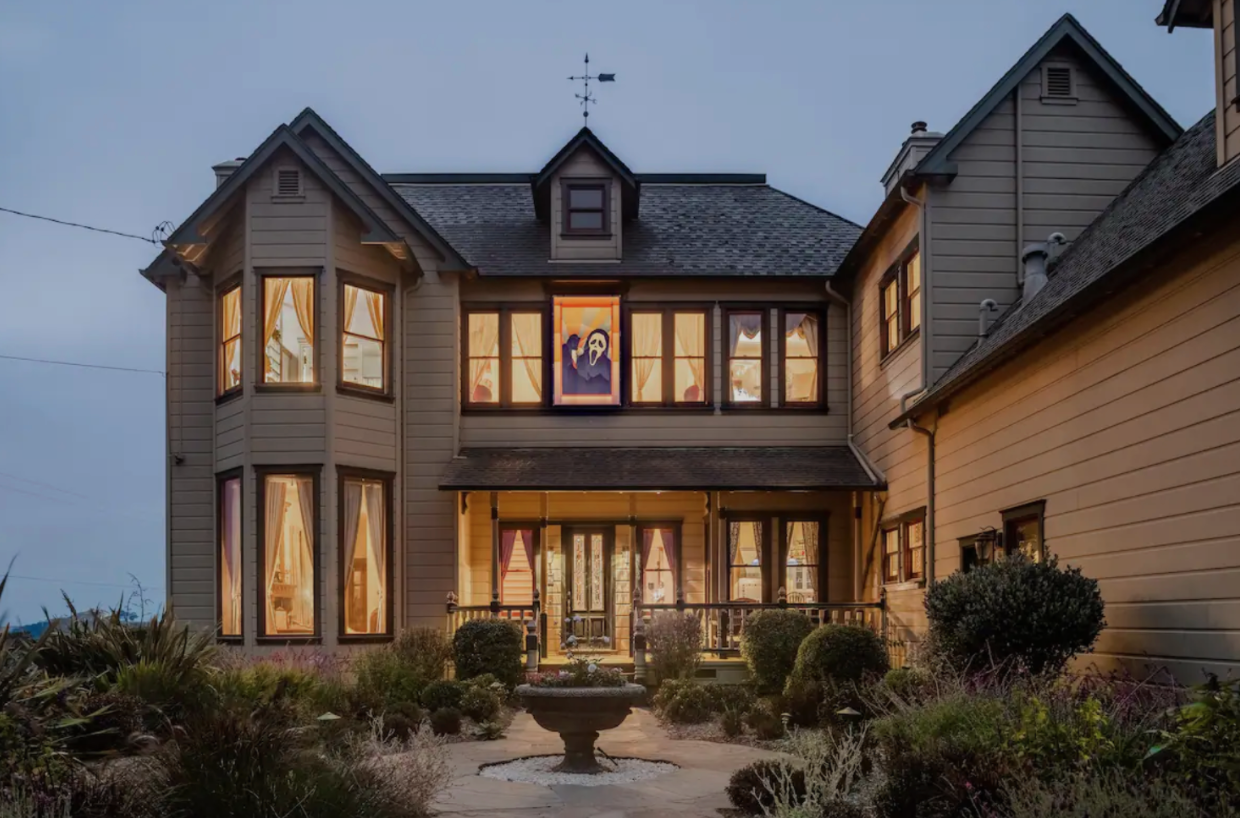 The Scream House
The ‘90s-themed Airbnbs just keep on coming! During Halloween this year, Airbnb gave Scream fans the chance to stay in the house where most of the original film took place—and of course where Ghostface was first defeated—for only $5 in Northern California on a first come, first serve basis. The rental platform renovated the original house to look exactly like how it does in the 1996 movie. They even decorated it up by including a stain-glass window with Ghostface’s visage to keep things scary for visitors, and included a feature for Ghostface to “call” the house throughout the night. Upon arrival, visitors were greeted virtually by David Arquette (who portrayed Sheriff Dewey Riley), and VCR and VHS tapes of all the Scream movies were made available at the home so true fans could stay up for a marathon. 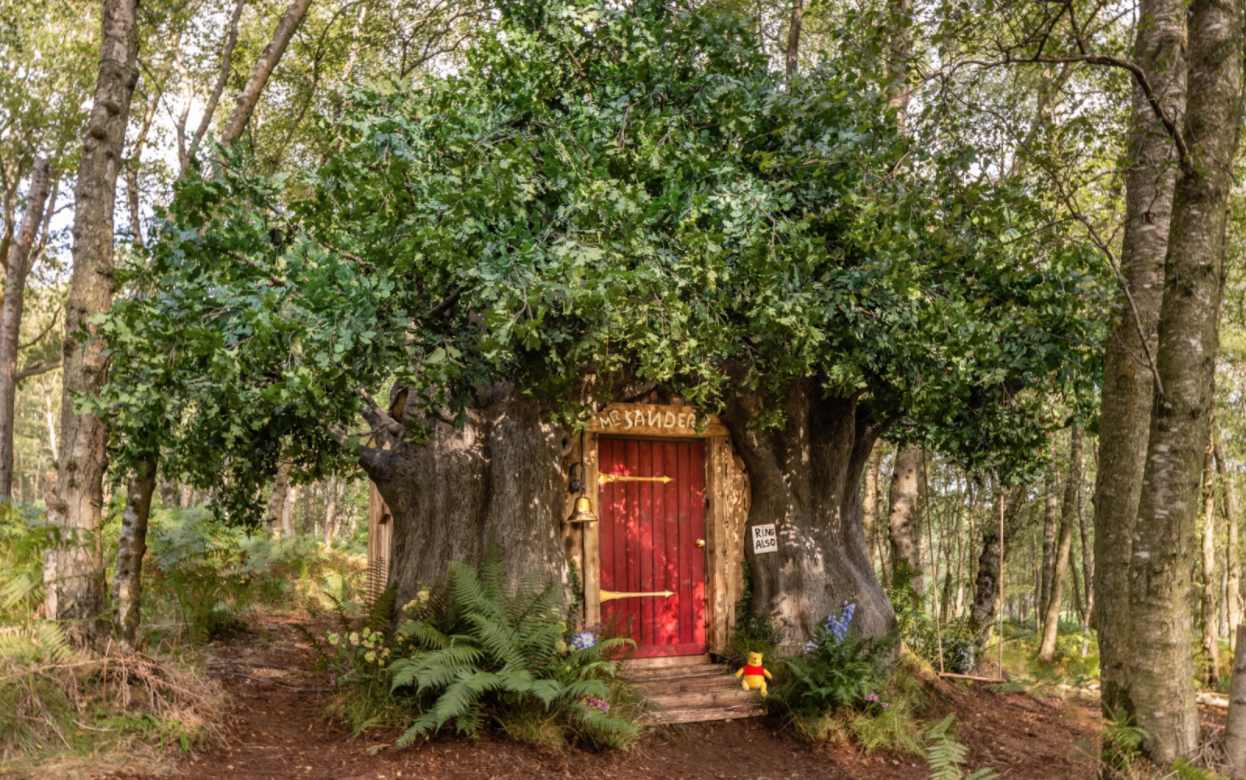 Winnie the Pooh Bearbnb
This fall, Disney and Airbnb teamed up on a rentable version of Winnie-the-Pooh’s home, listing it as a “Bearbnb.” In celebration of the 95th anniversary of the beloved character, the two brands took inspiration from the original illustrations of Pooh’s tree home to create a bespoke getaway, complete with branches wrapped around the doorway, pots of “hunny” in the cupboards, and the wooded surroundings of England’s Ashdown Forest, which served as the inspiration for author A.A. Milne’s Hundred Acre Wood. In addition to staying in Pooh’s home, guests had the chance to play the classic “Poohsticks” game, go on a guided tour of the Hundred Acre Wood, and was encouraged to take multiple naps, a la the iconic bear. The treehouse was available for rent on September 24 and 25 on a first come, first serve basis for $130 per night. While the experience took place only in the U.K., the treehouse experience is clearly something young Disney lovers want all over the world. 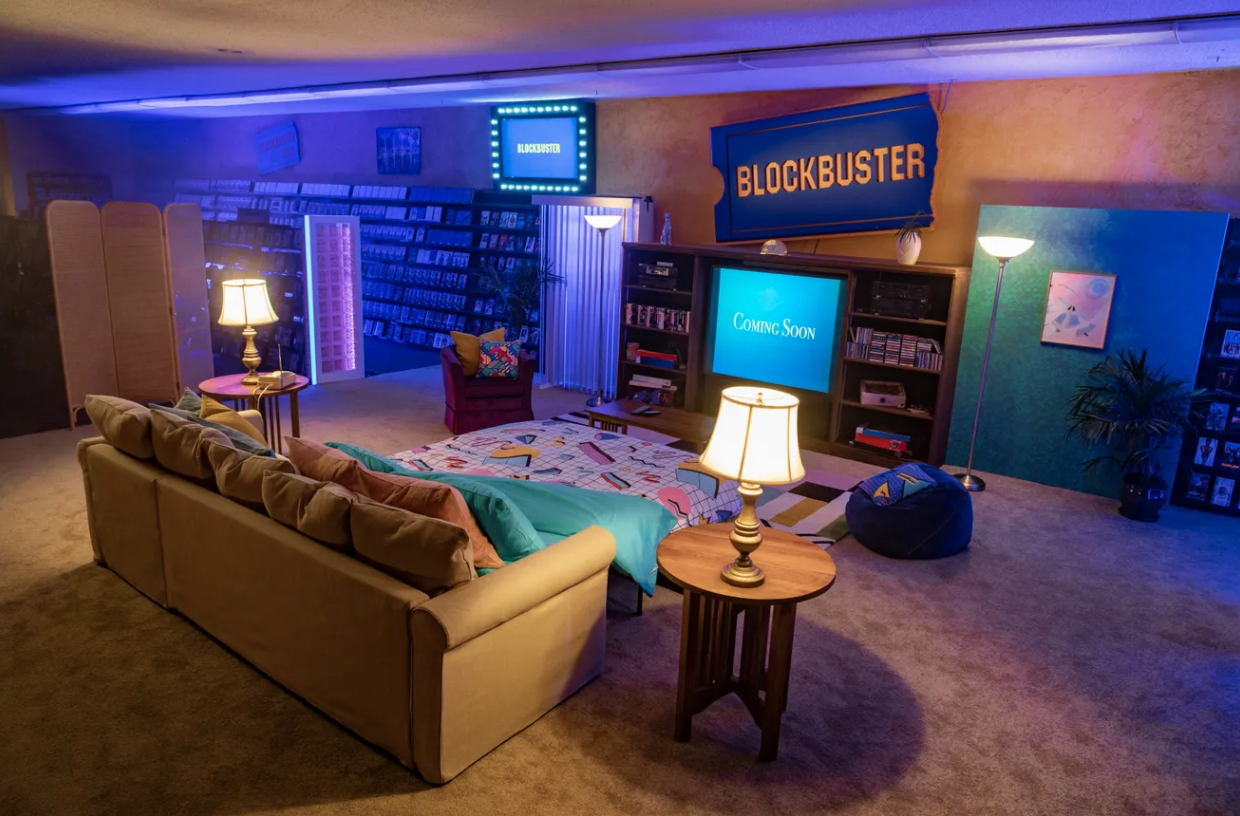 The Last Blockbuster
Last fall, Airbnb worked with Blockbuster to allow visitors to stay in the last physical Blockbuster ever—located in Bend, Oregon. The store’s manager Sandi Harding offered county residents the opportunity to stay for three one-night stay reservations for only $4 to those who booked first as a way to “thank her local community” during a difficult time. She said in a statement: “In appreciation for all that the local community has recently done to support the last-of-its-kind during these uncertain times, this end of summer sleepover will offer movie lovers in Deschutes County the chance for a 90s-themed stay to relive the bygone Friday night tradition just as we remember it.” And it certainly delivered. To get the store ready for sleepovers, they set up the store like a living room space complete with a pull out couch, bean bag chairs, a TV, VCR, and VHS tapes. 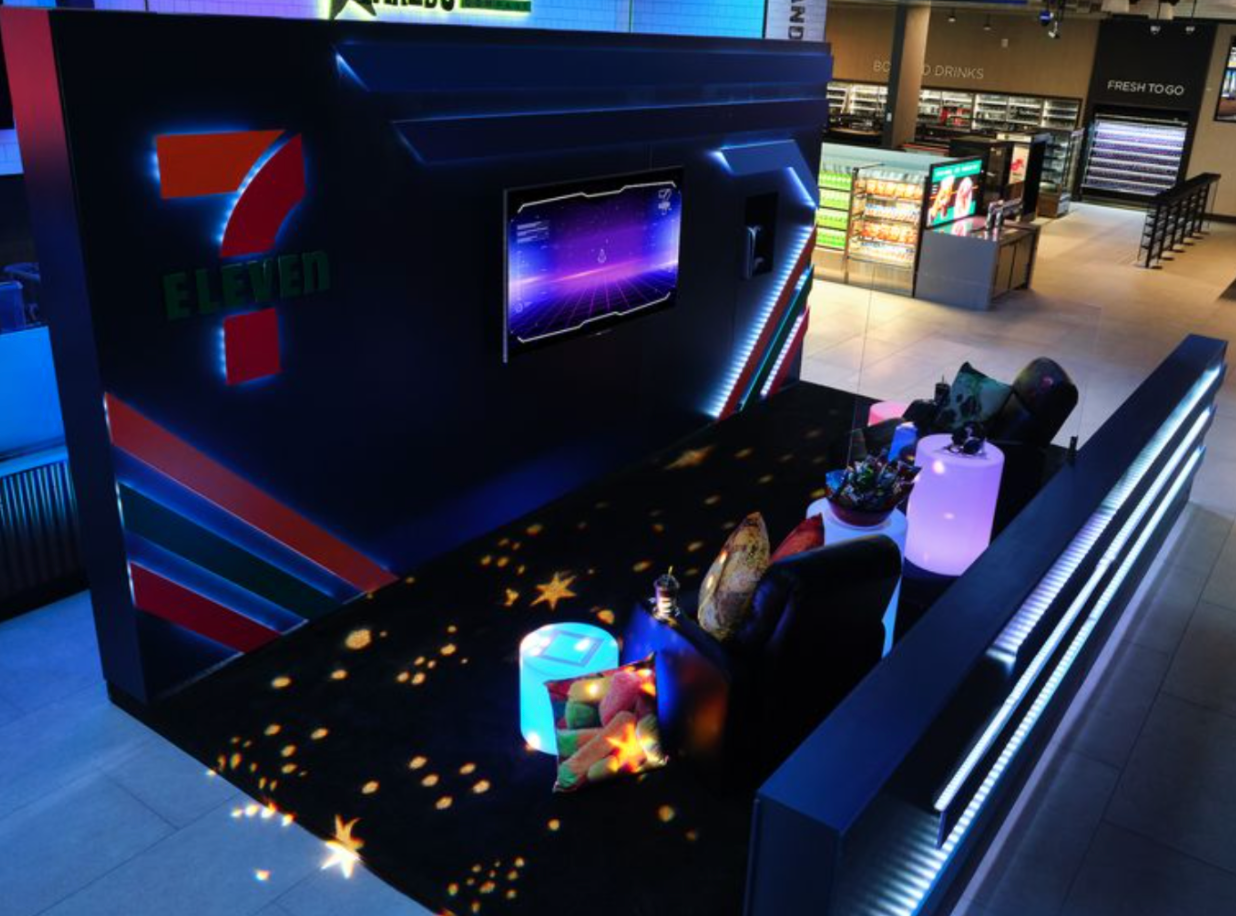 7-Eleven Gaming Palace
To promote its “luxury” 7-Eleven Evolution Store in Dallas, Texas, the convenience store chain teamed up with Airbnb at the beginning of the year to turn it into a “gaming palace” available for overnight visitors before opening it to the public. The two one-stays at the store cost $11 and included a game pod featuring a PlayStation 5, unlimited Slurpees, and a one-hour Twitch streaming session with famous gamer and FaZe Clan founder FaZe Temperrr, hosted by Dallas Cowboys quarterback Dak Prescott. To make sure that the experience was safe in the midst of the pandemic, the company limited it to two guests from the same household, required mandatory health screenings, provided PPE and masks, hand sanitizer stations, and a certified compliance officer were present at all times. 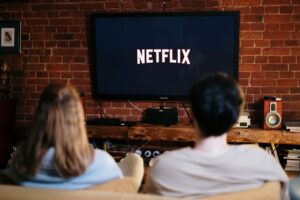 These Are Young Europ...