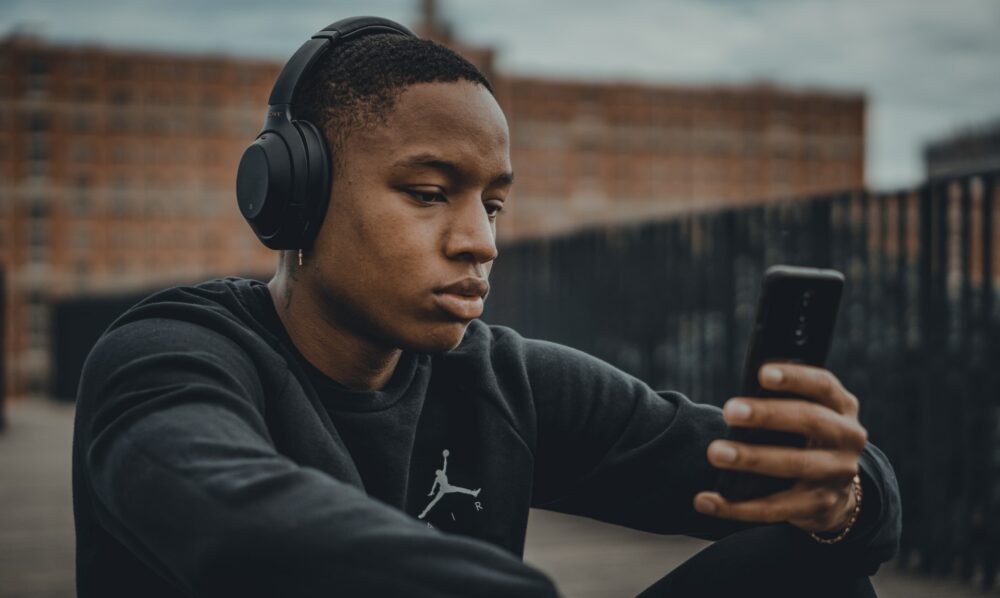 With young consumers largely listening to music via digital platforms, are they willing to pay for any music anymore? We asked…

Young Europeans’ media consumption habits have changed significantly since the start of the pandemic, and music is no exception. And while listening habits were already shifting before lockdowns, YPulse’s recent WE Music report explores how the last year and a half have pushed young Europeans to turn to digital platforms for their music consumption and discovery even more—and how that is fundamentally changing the music industry. Now, more traditional methods of music listening and discovery are starting to fade, and social media and YouTube are the top two ways that Gen Z and Millennials are listening to music today. In fact, social media—and namely TikTok—has risen as a major industry player, making it easier for young consumers to discover new music, and for young artists to skyrocket into superstardom. Video games, too, have become a top way young consumers are listening to and discovering new music, pushing the future of music marketing into these virtual worlds.

But all of this is doing a lot more than just shifting the way young Europeans find and play music; it’s also changing the way the music industry makes its money. The pandemic decimated the already-dwindling sales of physical music and (for obvious reasons) concert tickets, And with so many young consumers turning to TikTok, YouTube, and Fornite to hear their favorite tunes, are they willing to pay for any music anymore? In our recent survey, we asked them just that: 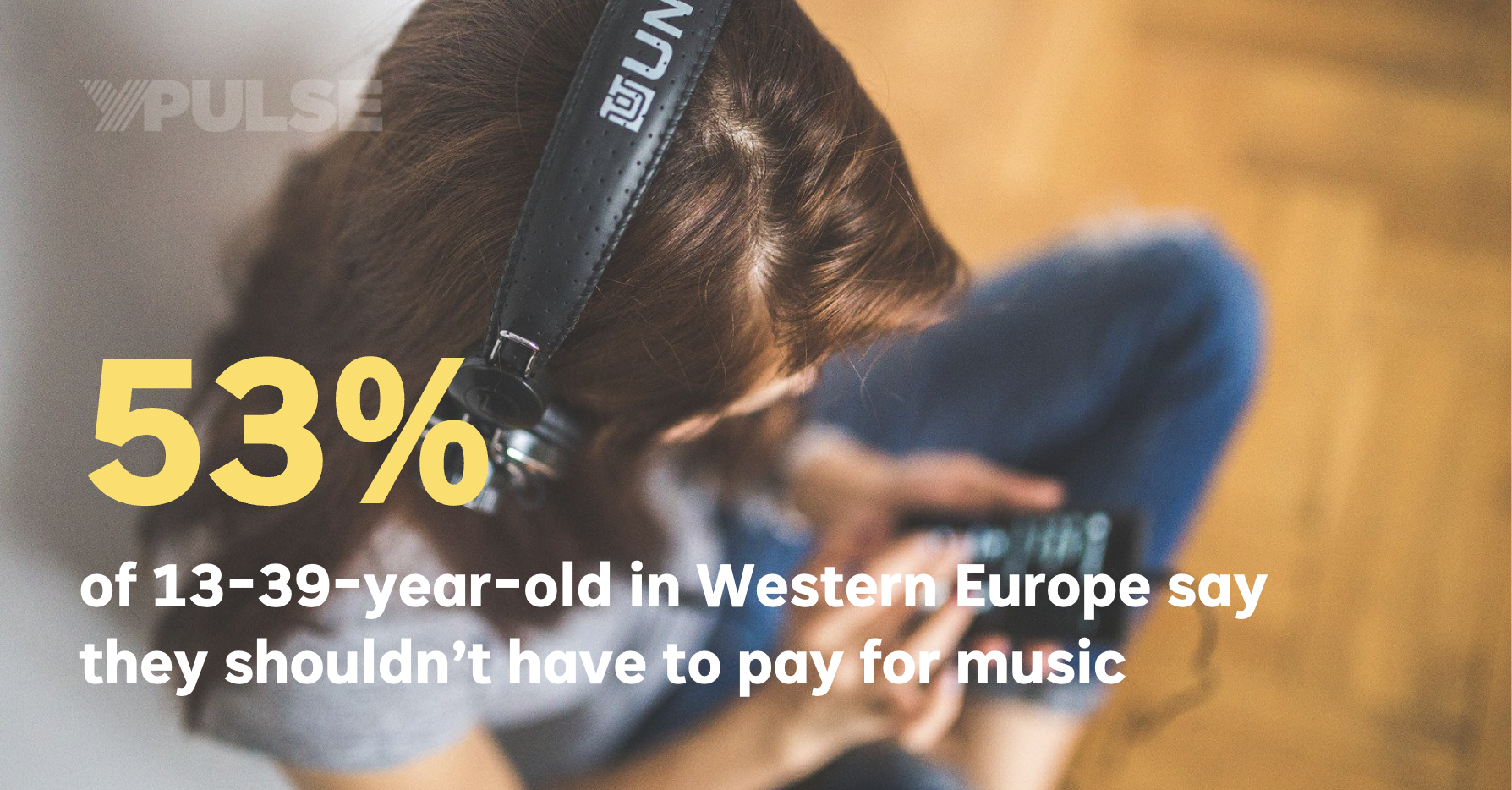 More than half of young Europeans don’t think they should have to pay for music.

The days of CD sales have been dead and gone for a while now, but in the age of listening to music via streaming services and—even more recently—social media and video games, the idea of paying for music has continued to dwindle among young consumers. After all, it’s hard to conceive of paying for music when so much of it is available for free on nearly every digital platform, including the ones with subscription services (i.e. Spotify). In this climate, most young Europeans find the idea of purchasing music superfluous—53% of 13-39-year-olds in Western Europe agree with the statement, “I don’t think I should have to pay for music.” What’s more, this sentiment is shared equally across demographics, with 53% of Gen Z,Millennials, males, and females agreeing. One silver lining for the music industry, though, is that young Europeans are slightly more willing than young North Americans to pay for their tunes: 63% of 13-39-year-olds in the U.S. and Canada say they shouldn’t have to pay for music. What’s more, when we asked young Europeans what music-related things they have purchased… 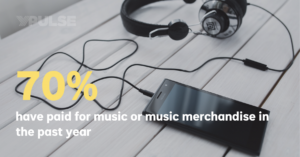 Seven in ten have paid for music or music merchandise in the past year.

When we asked 13-39-year-olds in Western Europe to tell us what music content/experiences they’ve spent money on in the last year, just 30% said they haven’t paid for any music or music merchandise. That’s even lower for Millennials, 28% of whom said they haven’t paid for any music compared to 37% of Gen Z. While that does mean that the vast majority of young Europeans are paying for something music-related, “none” was their second top answer after “music streaming subscription,” highlighting the fragmentation of the music industry’s revenue streams. That said, though, after fears that the pandemic would collapse the music industry altogether, global music revenues actually grew 7.4% over 2019, according to the International Federation of the Phonographic Industry (IFPI), reaching US$21.6 billion. This growth was partially driven by Western Europe: while the U.S. and Japan were the biggest music markets in 2020, the U.K., Germany, and France took the third, fourth, and fifth spots respectively. But that doesn’t mean the pandemic didn’t change the music industry significantly. In fact, IFPI found that every music revenue stream (from physical sales to concert tickets to digital downloads) fell in 2020—except for streaming service subscriptions… 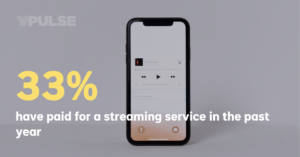 One in three have spent money on a streaming service in the past year.

According to IFPI, global paid subscription rates grew 18.5% in 2020, causing revenues to grow by 19.9% to US$13.4 billion. No doubt young consumers had something to do with this: 33% of 13-39-year-olds in Western say they pay for a streaming service subscription, with Spotify being the top streaming service they’re using and paying for. In fact, Spotify’s paid subscriber base grew by 31 million users in 2020, reaching 155 million monthly subscribers. That said, Spotify and other streaming services are still facing an uphill battle against social media. While 44% of young Europeans say they’re using streaming services to listen to music, 61% are using social media, taking the top music tech/services slot by a very comfortable margin. What’s more, 16% of young Europeans say they’ve used someone else’s paid service to listen to music, showing that motivated young music fans will always find a way to listen to their favorite music for free.

Nearly half are interested in purchasing livestream concert tickets.

With in-person events largely canceled or postponed, virtual events took over in 2020, and livestream went mainstream. Millions of global fans tuned in to watch their favorite artists in metaverses and other digital spaces during the pandemic, including gaming platforms from Fortnite to Minecraft to Roblox. In fact, YPulse’s recent Future of Experience trend research found that more than half of young Europeans have attended a livestream event in the past year, and more than half are interested in attending one in the next six months—and concerts are the type of virtual event they’re most interested in. In our music survey, a full 76% of European 13-39-year-olds tell us they think concert tickets are too expensive. But 44% say they’re still willing to pay for a ticket to a livestream concert or music festival. Though just 12% say they’ve actually paid for a livestream concert ticket, the potential to grow this revenue stream is there.