The Biggest Beauty Trends to Know in Western Europe, In 2 Charts 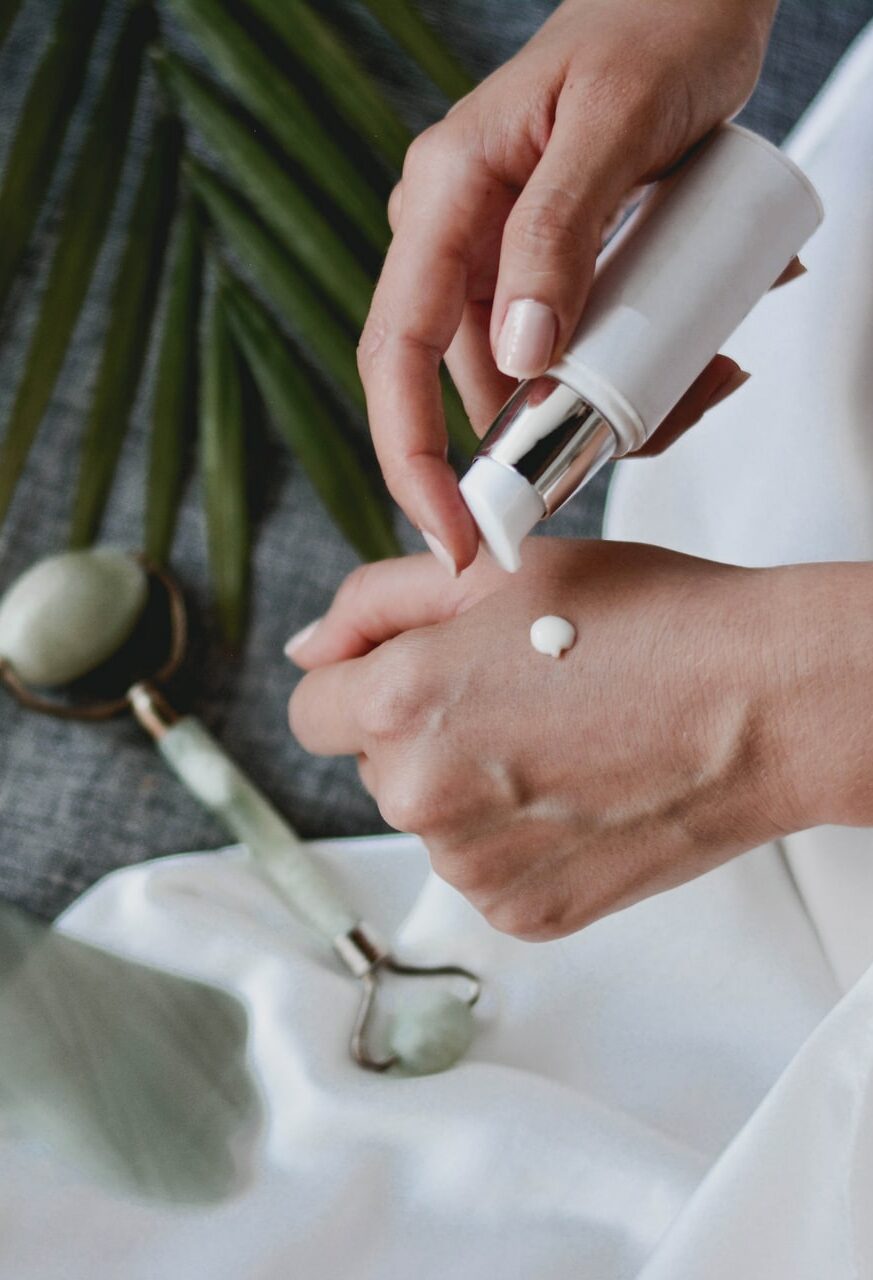 The pandemic may have changed young consumers’ beauty practices, but Western Europeans are still keeping up their personal appearances. Here are the top beauty trends WE women are interested in trying now…

Beauty has been booming among young consumers for a while now, from the rise of the once-niche K-beauty to the nonstop viral beauty fads blowing up social feeds, from blush on noses to elaborate and bizarre face art. But the pandemic changed all that. When quarantines first began, beauty brands took a hit as the need for makeup all but disappeared, and many young women seemed to be on the road to never wearing makeup again.

But fear not—beauty isn’t over; it’s just different. Over the course of the pandemic, keeping up personal appearances not only remained important for young consumers in Western Europe but also became a lifeline. YPulse’s recent personal care and beauty shopping survey found that more than seven in ten young European females say the way they feel about their personal appearance affects their mental health, and more than four in five young females who wear makeup say that doing so is a form of self-care. Now, grooming has become a key way Gen Z and Millennials in Western Europe maintain their state of mind, which grew understandably precarious during the long months of isolation and uncertainty.

Accordingly, personal care practices that align more closely with self-care are trending up. Consider the fact that 47% of young European females say they’re taking baths to relax and unwind, and 61% of young females who wear makeup say their skincare routines have become more elaborate in the last year. Meanwhile, 57% say the pandemic made them more comfortable with not wearing makeup, and just 16% are interested in trying the bold makeup styles that have gone viral in the past. So what trends are they interested in? In our recent behavioral survey, we asked 13-39-year-old females in Western Europe to tell us what beauty trends they want to try. Here’s what they had to say: 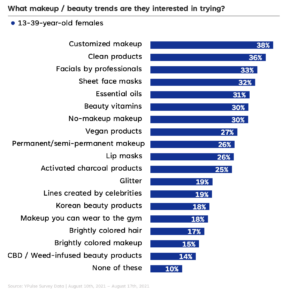 YPulse has been keeping tabs on young consumers’ interest in personalized products for years, and our Customization Nation trend report found that 72% of 13-34-year-olds (in the U.S.) agreed that products that are personalized for each individual are superior to mass-produced products. Meanwhile, Dassault Systèmes and CITE Research found that customers are willing to pay an average of 25% more for a personalized product or service. Millennials and Gen Z’s interest in products and services that feel like they’re made just for them hasn’t slowed down, which is made even more clear by the fact that makeup customization is the top beauty trend young European females are interested in trying. Brands big and small are already answering this call, with Eyeko creating a popular bespoke mascara, Il Makiage letting customers personalize their foundation, and Clinique releasing its customizable skincare line, iD.

Young women have been demanding “cleaner, greener beauty” for a while now, and 36% of Gen Z and Millennial females in WE are interested in trying this trend. A recent survey from beauty brand Natrue found that “naturalness” is a top driver of E.U. beauty purchases, with naturalness accounting for 20% of German and 24% of French consumers’ decision-making process. Among those surveyed, 37% in Germany and 27% in France said they had used a natural/organic cosmetic in the last six months, and 90% said they were interested in natural/organic products. Meanwhile, the natural and organic beauty market has boomed in the U.K., growing 23% in 2019—and continuing to grow throughout the pandemic. YPulse data shows that Gen Z women especially are seeking natural beauty products. When asked what products labels would make them more likely to buy, 13-20-year-old WE females’ top choices were cruelty-free, eco-friendly, clean and all-natural. While the majority of Millennial females feel the same about these four labels, they are less likely to say they’re more likely to buy these compared to Gen Z females.

Young European females are also interested in trying beauty vitamins, another trend we’ve seen grow in recent years as the idea of beauty becomes more holistic and not only skin deep. Beauty gummies have grown particularly popular, and especially among Gen Z, “a generation raised on Flintstones vitamins has graduated to adult versions,” according to the Wall Street Journal. Now, the beauty and wellness industry has reached “peak gummy” as more young adults turn to them instead of traditional vitamins to help with skin-smoothing, hair growing, relaxation, or sleep. According to a report from Allied Market Research, the global gummy vitamins market is projected to reach $9.3 billion by 2026, and brands like Pacifica Beauty, Goli Nutrition, Goop, VOLOOM, Lord Jones, Better Not Younger, SugarBearHair, 8Greens, Twinlab, and Hum have all ramped up their gummy offerings.

In general, the trends Gen Z and Millennials are interested in trying are largely the same, but with some key differences: 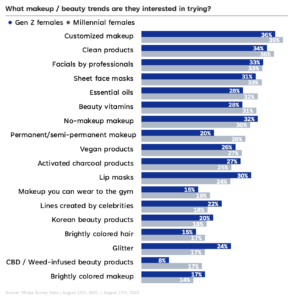 Gen Z and Millennials list the same three trends as the top ones they want to try, but for the younger generation, no-makeup makeup comes in at number four. We already mentioned that the future of makeup was quickly called into question at the start of the pandemic, and that the majority of young women now feel more comfortable without makeup. But this is even more true of Gen Z, who are twice as likely to say they never wear makeup compared to Millennials. Just 15% of Gen Z say they wear makeup daily compared to 24% of Millennials. At the same time, though, Gen Z females are far more likely to say they’re interested in glitter and brightly colored makeup, making it clear that viral beauty trends are still having an influence on them—and that their less frequent makeup application may be spent on trying bolder looks.

Millennials, meanwhile, are slightly more interested in many trends on the list, but they are far more interested in two standouts: permanent/semi-permanent makeup and CBD/weed-infused beauty products. Millennial interest in cannabis has been fueling the mainstreaming of weed and the cannabis economy for years now. In recent years, weed has even gotten a glam makeover for this generation—especially in the beauty industry. Now, beauty industry experts say that the CBD infusion craze is just beginning. A study from the Hemp Business Journal projects that cannabidiol products will reach $646 million by 2022, and analysis of Google data shows monthly cannabis beauty searches have grown 90%. While cannabis isn’t as big of a trend in Europe as it is in the U.S., medicinal cannabis is slowly becoming legal across the region. Now, cannabis use—and support—has soared among young WE consumers. Many expect the U.K. CBD market to be worth nearly £1 billion by 2025, according to the Centre for Medicinal Cannabis, which now classifies CBD in the U.K. as “mainstream.” And recently, a U.K. CBD brand launched the country’s first major cannabis campaign as part of a wider campaign to normalize CBD across Europe. And with nearly one in five European females interested in integrating the trend into their beauty routines, it could become normalized sooner rather than later.