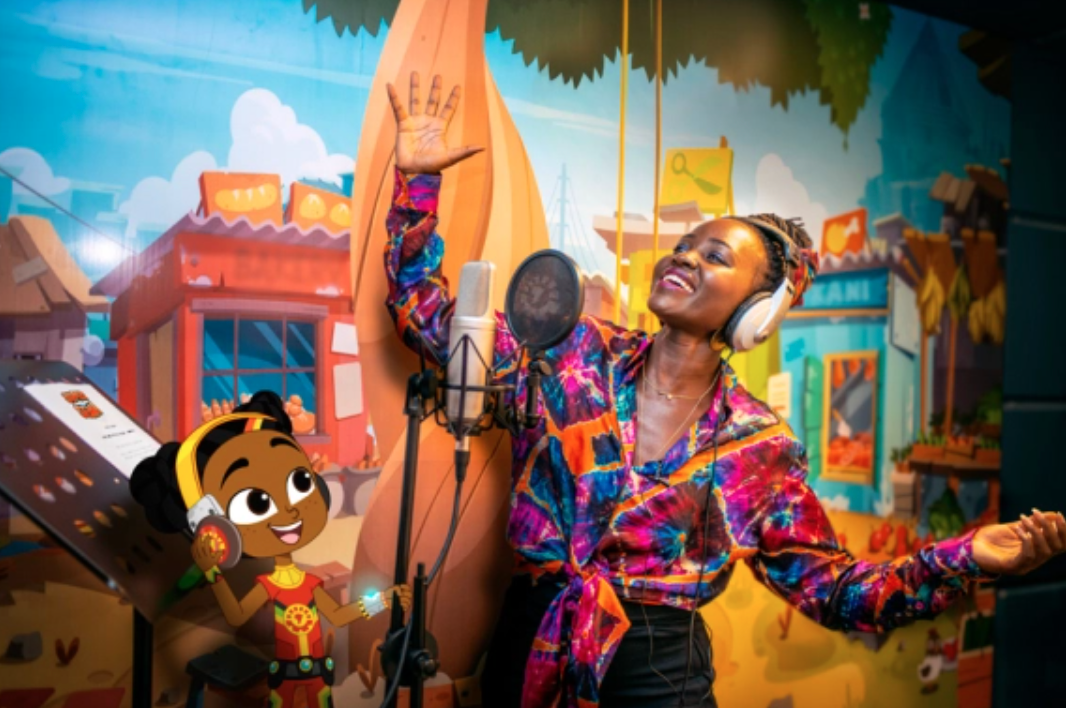 Millennial parents tell YPulse they want their kids’ to watch shows with diverse casts, and more and more inclusive family programming is being released. Here are five shows putting diversity front and center…

Gen Z and Millennials have long looked for more inclusion in media, and demand for diverse entertainment content has only been growing. YPulse’s recent Representation in Action trend report found that 74% percent of 13-39-year-olds agree that more TV shows / movies should star non-white actors / actresses, 85% say that TV shows / movies should make an effort to represent all races, and 80% say they wish they saw more BIPOC people in lead roles. AS these generations have been aging up, the industry has been feeling their influence: A CAA report found that audience demand for diverse TV shows rose 113% from 2017 to 2019. The level of demand for shows with diverse casts was 17 times greater than the demand for the average TV show in the U.S.— and Hollywood has been trying to keep up. The number of new TV shows with at least 40% people of color in the U.S. surpassed non-diverse titles for the first time last year, increasing to 71—up from 50 shows in 2017. 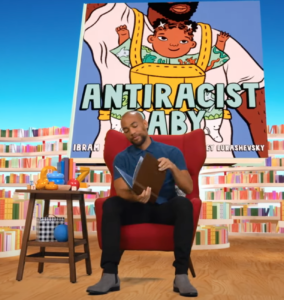 YPulse’s Representation in Action trend research found that Netflix is already a top entertainment source that Millennial parents believe is diverse and inclusive—and their new shows will likely only strengthen that belief. The streaming service has brought on Doc McStuffins creator and former Disney employee Chris Nee, who aims to be the “Shonda Rhimes or Ryan Murphy of kids TV” with her production company, and has five shows already in development. For one of the projects, Nee is working with author and activist Ibram X. Kendi to turn his bestselling books into movies and series, including 2020 children’s book Antiracist Baby. The new series will feature “animated musical vignettes” for preschoolers inspired by the board book’s nine steps to becoming antiracist which include “use your words to talk about race” and “celebrate all our differences.” The other projects will include a “hybrid documentary/scripted feature” Stamped from the Beginning as well as a companion documentary Stamped: Racism, Antiracism and You aimed at young viewers. Since animation is one of the few areas of entertainment that has remained unaffected by the pandemic, Nee is hoping to “open the doors” to new voices of women and people of color. Meanwhile, this isn’t the first time Netflix has featured Antiracist Baby in their original programming: Their kids’ series Bookmarks, which debuted last fall, features a segment of actor Kendrick Sampson reading the book and featuring colorful animations in the backdrop. 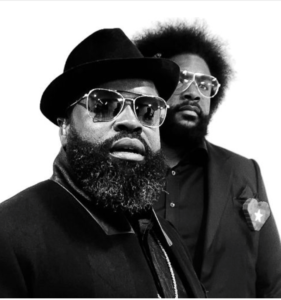 Disney Junior’s Rise Up, Sing Out
In the last year, Disney has made plenty of efforts to affirm its commitment to diversity. For one, their movie Soul, which won the Academy Award for Best Animated Feature earlier this year, was the first Pixar movie to feature a Black lead character. But the company is working to launch different diversity-focused initiatives across their various platforms. Last month, Disney Junior announced that Questlove and Black Thought of The Roots are teaming up with them to develop Rise Up, Sing Out, an animated short series that will feature the pair’s music, and is set to premiere later this year. According to the team, the show is aiming to “empower and uplift the future generations…while [helping them] learn the tools to navigate real-world issues of racial injustice.” This isn’t the only Disney-related project that Questlove is signing on for. It was also recently announced that his feature documentary Summer of Soul (…or, When the Revolution Could Not be Televised), which was acquired by Hulu and Searchlight Pictures, will premiere through Disney’s new BIPOC-focused content brand Onyx Collective. Meanwhile, at the end of last month, the streaming platform debuted their Launchpad program, a collection of live-action shorts created by emerging filmmakers from underrepresented backgrounds. For their first season, they released six films from Aqsa Altaf, Hao Zheng, Ann Marie Pace, Stefanie Abel Horowitz, Jessica Mendez Siqueiros, and Moxie Peng, touching upon everything from immigration to preserving cultural identity—and their second season is in the process of finding a new slate of filmmakers to feature. 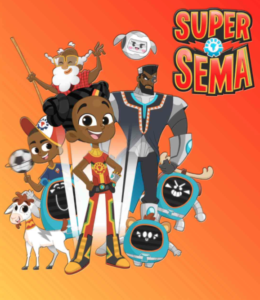 YouTube has made promises, and financial commitments to support diverse creators and content. Part of the company’s slate of more than 30 kids’ originals this year that was produced by a $100 million fund, which was established in response to its 2019 child privacy settlement with the Federal Trade Commission. One of the first shows they debuted was Super Sema, Africa’s first kid superhero animated series. The 12-episode series is based “on real-life creator Sema and her science-smoragasboard YouTube channel,” which has 23.6K subscribers. It reimagines Sema as a young superhero who uses “her technovating powers to save her village from the villainous Tabor and his army of mischievous Bongalala robots.” The show is written by Claudia Llyod and directed by Lynee Southerland, and was also executive produced by actress Lupita Nyong’o who teamed up with Nairobi-based media and tech startup Kukua to produce the series, and also voices one of the series’ characters. At the end of last month, it was announced that the series was greenlit for a second season. YouTube Kids & Family’s head of family, learning, and impact Nadine Zylstra said in a statement: “Coming from an incredible caliber of creators, our new roster of shows celebrates the diversity of kids and empowers them to pursue their dreams and care for each other and the world around them.” 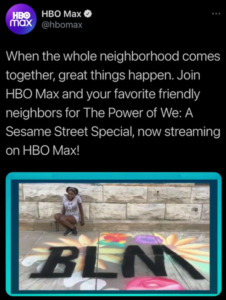 HBO /  HBO Max’s Sesame Street Specials
Sure, Sesame Street is one of the longest running American shows, but it continues to stay relevant with today’s young audiences. Following the Black Lives Matter protests last summer, Sesame Street teamed up with CNN to host “Coming Together: Standing Up to Racism”—a virtual town hall that spoke to kids about racism, the nationwide protests, embracing diversity, and how to be more empathetic. Big Bird joined CNN commentator Van Jones as well as anchor and national correspondent Erica Hill to moderate the event, with appearances from other Sesame Street characters like Elmo, Abby Cadabby, and Rosita. In the fall, they also aired The Power of We, another special that featured celebrity and musical guests like Yara Sahidi, Christopher Jackson, and Andra Day to provide resources on how kids can stand up to racism. This March, they launched more racial justice resources and expanded their “Coming Together” program following the rise in hate crimes against Asian Americans. To support the #StopAsianHate movement, Sesame Workshop released the “ABCs of Racial Literacy” to focus on helping families celebrate their unique identities and give kids age-appropriate strategies on how to address questions regarding race and racism. In one of the videos, two Muppets help Elmo understand why their skin is brown by explaining what melanin is, while another clip stars Rosita’s mom helping her daughter cope with a racist encounter at the store. 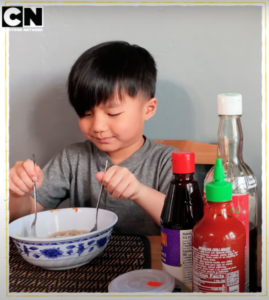 Cartoon Network’s Drawn To
Cartoon Network’s Drawn To series originally launched in early 2020, and episodes typically feature real-life kids and their “inspirational” stories—with many spotlighting BIPOC young people and creators. In February, as part of their Drawn To shorts series, Cartoon Network highlighted young Black activists in honor of Black History Month. They teamed up with 15-year-old Sidney Keys IIl, the founder and CEO of the kids book club Books n Bros, for a video in the series. Then in May, Cartoon Network launched a new month-long installment of its Drawn To short series to specifically highlight and honor Asian American and Pacific Islander (AAPI) Heritage Month. Their first short in the series, “Drawn to… Ancestry!” debuted at the beginning of the month and centered on Kalil, a 12-year-old with Indian, Kashmiri, and pilgrim roots, and his connection to his grandma. Every week last month, Cartoon Network released a new short across their linear channel, social platforms, and app, each focused on a different subject and story. For AAPI Heritage Month, the series also recruited New York-based animator and illustrator Xinyue Song to design the opening graphics. Previously, Cartoon Network has used their Drawn To series to also highlight Hispanic Heritage Month, and this month, their “Drawn to… Expression” segments will center on Pride Month, and recognize kids and families in the LGBTQ+ community.