As Gen Z enters the dating scene, this app wants to leave swiping right behind and use TikTok-esque short-form videos to connect young daters… 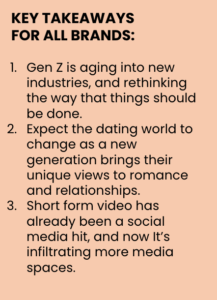 2020 gave dating a major shakeup for Gen Z and Millennials, and dating apps became even more popular in the wake of COVID. YPulse’s Finding Love Post-COVID trend report found that 40% of 18-39-year-olds say they’ve been using dating apps and sites more often since COVID-19, while 43% of 18+ have been dating exclusively on apps and sites since the outbreak started. Many of those dating apps added video functionalities to deal with the challenges of dating during quarantines and social distancing, with Hinge adding in-app video calls and Bumble reporting a major increase in the use of their video features.

Early last year, we predicted that video chatting would continue to be a part of dating even post-COVID—but what about video in dating profiles? YPulse’s research found that Gen Z’s use of dating apps has been increasing, and they’re also more likely than Millennials to say that social media has made dating easier. But not many dating apps are integrating the short social video content that has proven a serious draw for the generation (hello TikTok). As the generation ages up, dating platforms might need to rethink the way they’re allowing users to express themselves, and connect.

Cue Lolly, a new social dating app which launched this year, and uses short-form video content to let users tell their stories. Referring to themselves as the closest thing to “TikTok meets Tinder,” the app allows daters to stand out in a noisy world by “being more attractive, funny, interesting in videos than static pictures.” Their clap features allows users to appreciate content without committing to matching and allowing for “fun social flirting to take the scene.” The app is the “brainchild” of Marc Baghadjian and Sacha Schermerhorn, who were frustrated with the pictures, swiping, and the height thresholds that seemed to define most dating apps. They felt strongly that “the current processes of swiping left or swiping right based on a few photos or really short bio isn’t enough to get to know someone, and isn’t enough to start meaningful relationships.” Lolly’s goal is to use video to help users show, and get matched, because of their personalities, not just their looks.

We spoke with Lolly co-founders Baghadjian and Schermerhorn as well as product manager Alyssa Goldberg, and press associate Angela Huang about reaching Gen Z, how they’re starting the trend of “personality-first” dating, and more:

YPulse: How did Lolly get started?

Marc Baghadjian: I was just frustrated with how one-dimensional the dating scene was. To be frank, the world has changed but the platforms to support us just have not. COVID only made that more clear to me and the Gen Z community. COVID-19 and our quarantine experiences in 2020 only validated our mission with Lolly. We want to focus on connections that aim to empower, include, and lift each other up. Swiping culture is exclusive, it’s dehumanizing, and it’s the past. We want to focus on multi-faceted attractiveness and, really for the first time in this industry, introduce personality into the equation.

YPulse: How does Lolly work?

Angela Huang: When you first log on, you see different kinds of videos on a feed. They decided to do that to provide some kind of idea for new users as to what kind of content they can create and showcase based on their quirks and personalities. Users can essentially interact with each other through claps instead of likes. It’s kind of more platonic, and they can increase that to a crush. What’s unique about this entire process is that it’s kept private, and not one user can be very viral. That allows for more meaningful engagement since they’re not judging a person based on how many likes or claps they have, but because they appreciate them.

YPulse: How are you differentiating yourself from other dating apps currently on the market?

Alyssa Goldberg: We’re breaking the old school “swipe left/swipe right” mold by creating a more fun and organic way to date. Never in real life are you encountering a situation where you say “yes” or “no” based on a few pictures, and we get that. We live at that intersection of social and dating to engage users with personality-first video content that you can clap or crush on. This gets users excited to connect through common interests, and make it easier to start conversations. Swiping through traditional dating apps is boring, but with fun videos, prompts, audio, captions, and multiple ways to appreciate and flirt with each other. 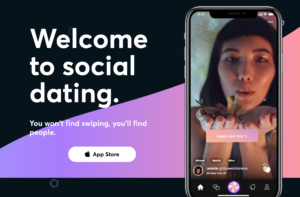 YPulse: Forbes described Lolly as the dating app that is “combining TikTok and Tinder.” What made you all want to incorporate short-form videos into users’ profiles as a way to attract potential matches?

Sasha Schermerhorn: We are leveraging the behaviors that have been democratized by leading platforms like TikTok. Short-form video content is fun, engaging, and above all, the best way to showcase talent and personality. In the real world, dating encapsulates all of these, so why hasn’t online dating caught up yet? The leading dating apps only allow users to showcase their physical attractiveness through static pictures, and not their personality, interests, or talents. As you can imagine, this means that the majority of users fall through the cracks and are unable to show to the world that they are more than just their physical appearance and height measurement. Short-form video content enables people to express themselves freely and honestly, and that’s where Lolly fits into the picture—pun intended. 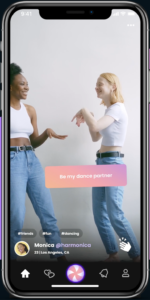 YPulse: Why did you specifically want to target Gen Z daters?

AG: We wanted to target Gen Z because these are people already excited and familiar with video-first experiences like TikTok, and it is a generation that isn’t just ready, but excited to express themselves in more ways than just some pictures and a bio.

SS: I think, most importantly, it’s simply because we are Gen Z. We have each personally experienced the pain points of dating online and therefore are solving a problem that we have literally been through first-hand. As an extension, Gen Z is a generation that demands change and has led the charge to bring positivity and inclusion into the world. By shifting dating away from a world of “left swipes” and height measurements, Lolly’s goal is to give Gen Z the platform they deserve—one in which personality and effort prevail.

YPulse: What do you think Gen Z is looking for in a dating service?

SS: The dating industry has undergone a fundamental shift away from the pure utility of matchmaking and instead has transitioned towards entertainment and fun. At its best, dating in real life is simply fun. However, the fun and joy of dating in real life has yet to be abstracted successfully in a dating app, and so that’s really where Lolly comes in.

YPulse: What trends are you seeing that are popular in online dating right now?

AH: There hasn’t really been any new online dating services for a decent amount of time. There’s Tinder, and then Bumble, right? It targeted a different market in terms of being female-first, but I wouldn’t say there has been any other innovative trends. I think Lolly is creating this trend of “personality-first” dating. Before, it was solely based on appearance, but now it’s based on a holistic perspective of a person.

YPulse: What’s next for Lolly?

SS: Lolly’s core mission is to be the most fun way to meet people online. As an extension of that mission, we want to build an inclusive and supportive community where people express themselves freely and engage with each other in a positivity-only environment. We are teaming up with leading influencers and thought leaders who can help us bring our vision to the masses and we look forward to announcing those partnerships in the near future. 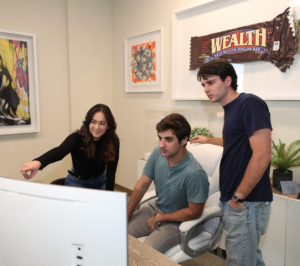 Marc Baghadjian is currently a senior at Babson College studying Business Management and Entrepreneurship. Born in Lebanon, Baghadjian immigrated to the United States at the age of four. Baghadjian’s entrepreneurial spirit started in high school, where he sold his first startup, RapidFire Magazines, at the age of 18. Baghadjian was also a star fencer, competing internationally for Lebanon on the Junior Men’s Epee Team.

Sacha (McElligott) Schermerhorn is London-born but San Francisco-raised, and is a NYU grad who majored in Neural Science and joint minored in Computer Science and Mathematics. Prior to joining Lolly, Sacha conducted extensive research in neuroscience, but since then, in his own words, has undergone a “breakup” with neuroscience in order to focus on Lolly. However, this is all after winning two major fellowships from the NSF and NIH, co-authoring 1 publication and another about to be published, presenting at 12 conferences, and winning a departmental thesis award as well as 6 university-wide grants. Notably, Sacha co-discovered the involvement of a new protein, Secernin-1, in Alzheimer’s disease while working at the New York University School of Medicine.

Alyssa Goldberg is a senior at the University of Southern California, and majors in Design, Technology and the Business of Innovation. She is one of 34 students involved in a hands-on, project based, collaborative environment in the leading-edge Iovine and Young Academy at USC. She is extremely passionate about creating digital experiences to increase the world’s financial literacy, work towards global sustainability, and democratize education. She is also currently a Product Designer at Tesla creating the future of automated logistics software, and has previously interned at Facebook and Samsung.