3 Stats That Show Influencers Are as Influential as Ever 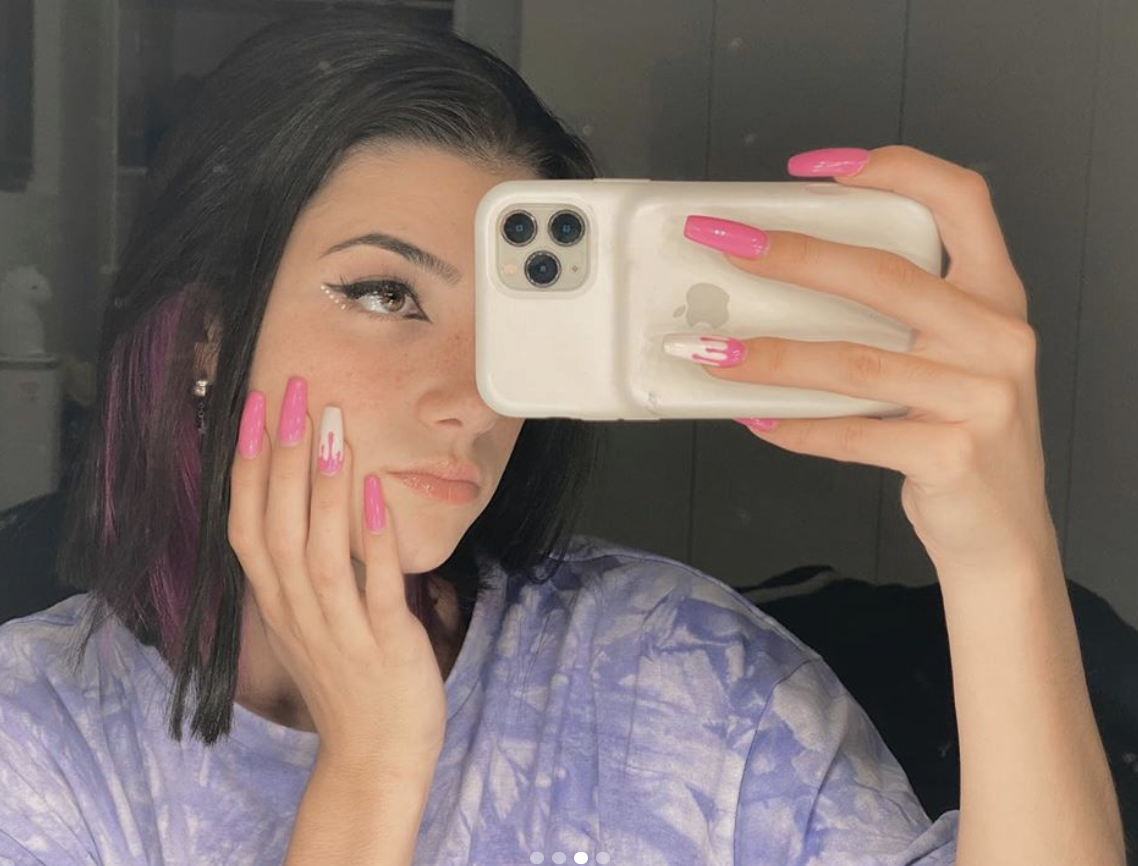 No, COVID hasn’t killed influencer marketing—and our data shows it might be more important than ever…

When the pandemic first began many (many) people and publications questioned whether influencer marketing would survive. Influencers were under the microscope as many publicly posted about breaking quarantines, and some posited that influencer content wouldn’t be as relevant to young consumers focused on the immediate and serious concerns of COVID-19.

But while some were claiming influencer marketing is coming to an end, we said early on that influencers weren’t going anywhere. Young consumers have only increased their time on social media during quarantine—giving even more attention to the creators that work there. They’ve been looking for distraction, inspiration, and information, and influencers have been providing it. While it hasn’t always been a smooth road (yes, TikTokers and YouTubers are still being blasted for inappropriate pandemic behavior) our data shows that online creators aren’t just relevant, they might be more influential than ever before for Gen Z.

Our newest survey on influencers and celebrities shows that the events of this year haven’t lessened the young generations’ engagement with social media stars in the least. Here are three stats that prove it: 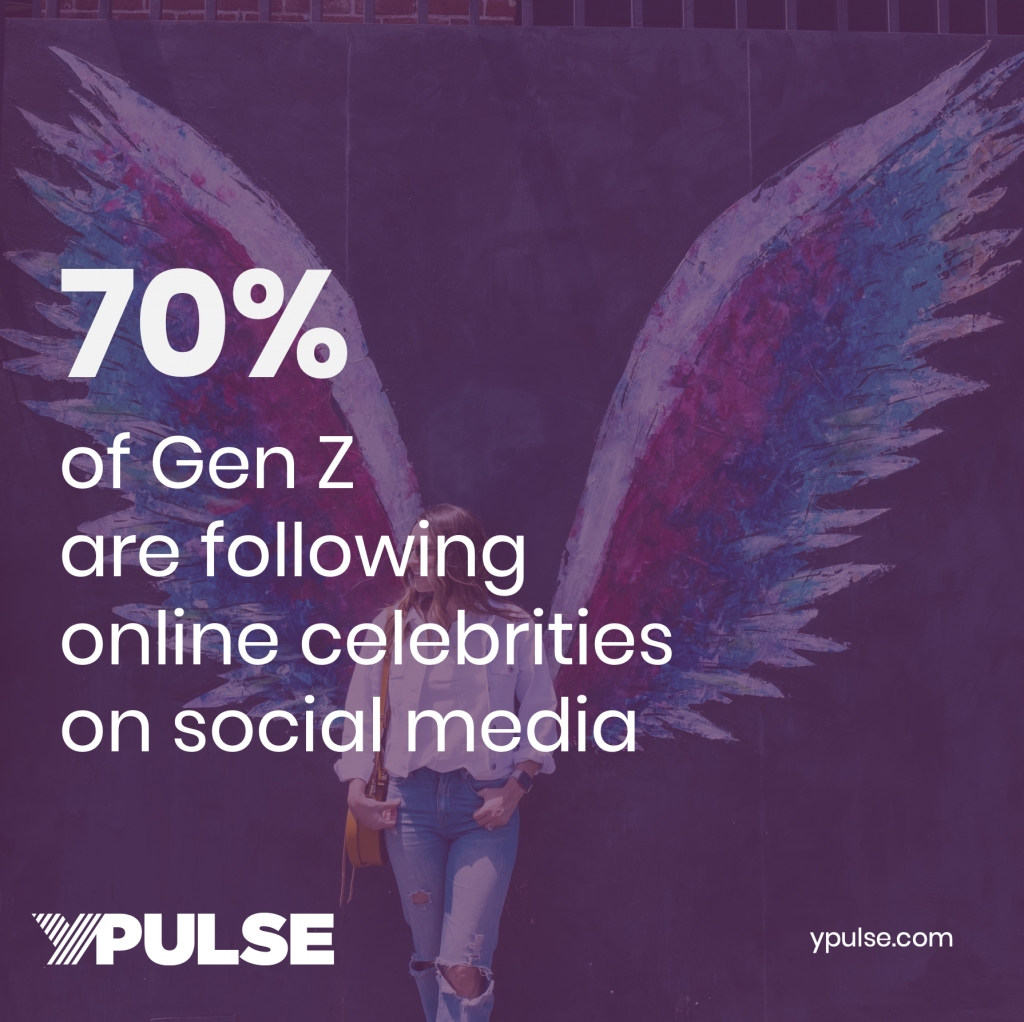 Gen Z is actually more likely to be following an online creator on social media than they were last year.

Our research, fielded well into the pandemic months at the end of June, found that 70% of 13-18-year-olds are following online celebrities (e.g., bloggers, vloggers, YouTubers, Instagrammers, social media stars, etc.) on social networks. While that’s significant in and of itself, what’s even more important to note is that this is actually an increase from the 54% of Gen Z who reported following online celebs in 2019. Among the youngest (and potentially most difficult to reach) consumers, engagement with online celebrities has actually gone up. We’ve found that Gen Z and Millennials have both been spending more time on their phones while in quarantine, and Gen Z has been watching more mobile video and using their phones as second screen devices more as well. This means more time on social media, and, yes more exposure to influencers. Interestingly, the number of Millennials who report following online creators has fallen somewhat, from 54% in 2019 to 43% in 2020. But Gen Z has always been more likely to follow influencers, and the fact remains that brands that want to capture the next generation should still be devoting ad dollars to them. 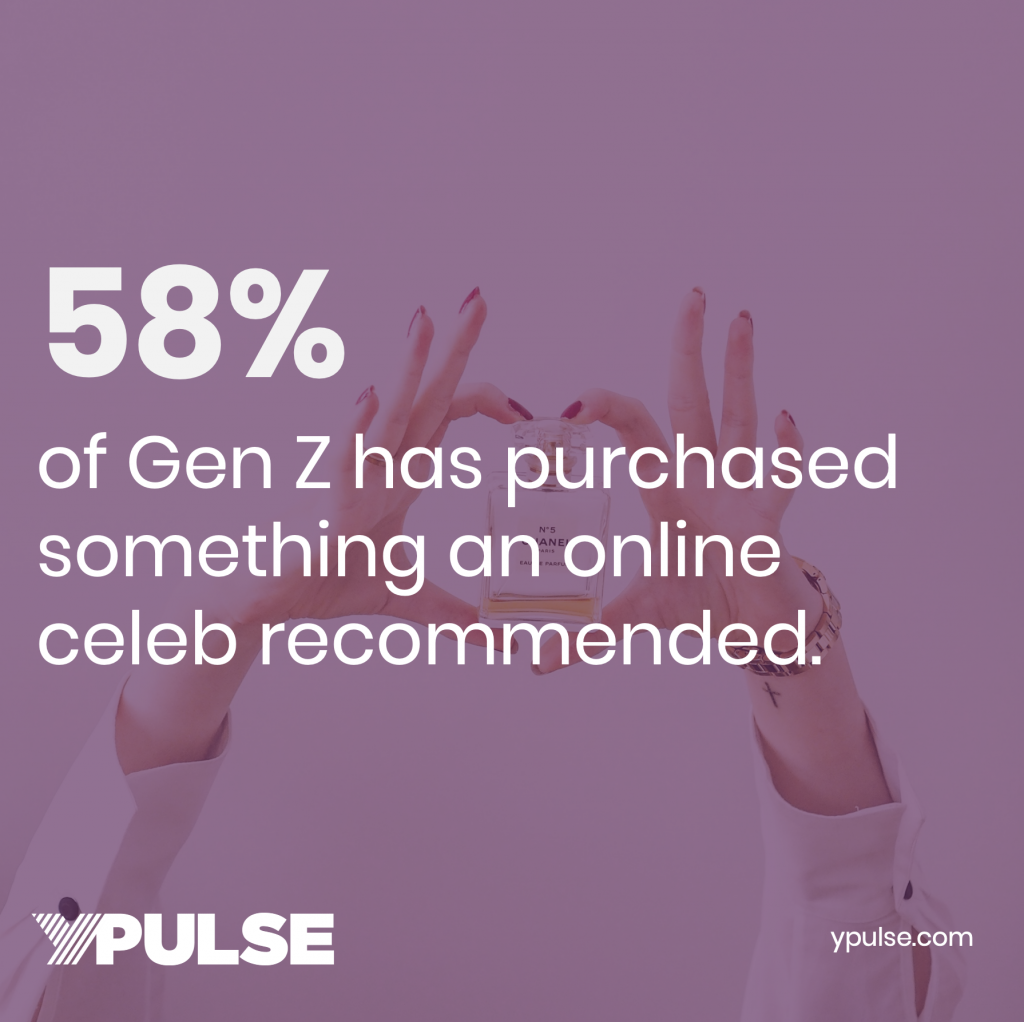 The majority of Gen Z has purchased something an online celebrity recommended.

Online celebrities’ purchasing influence is as strong as ever: 58% of Gen Zs tell us that they have purchased something that an online celebrity (e.g., blogger, vlogger, YouTuber, Instagrammer, etc.) has spoken about or recommended. This, too, is an increase from the 42% of Gen Z who reported the same last year and 54% say they are more likely to purchase something their favorite influencer has recommended. As we recently reported, clothing/accessories, skincare products, makeup, merch and video games are the top things that Gen Z consumers have purchased because of influencer. And what about Millennials? While the number of 19-37-year-olds who say they follow influencers on social media has dropped, 48% report that they have purchased something an online celebrity recommended, a slight increase from 45% in 2019. In other words, both generations are still looking to influencers for product inspiration and ideas. 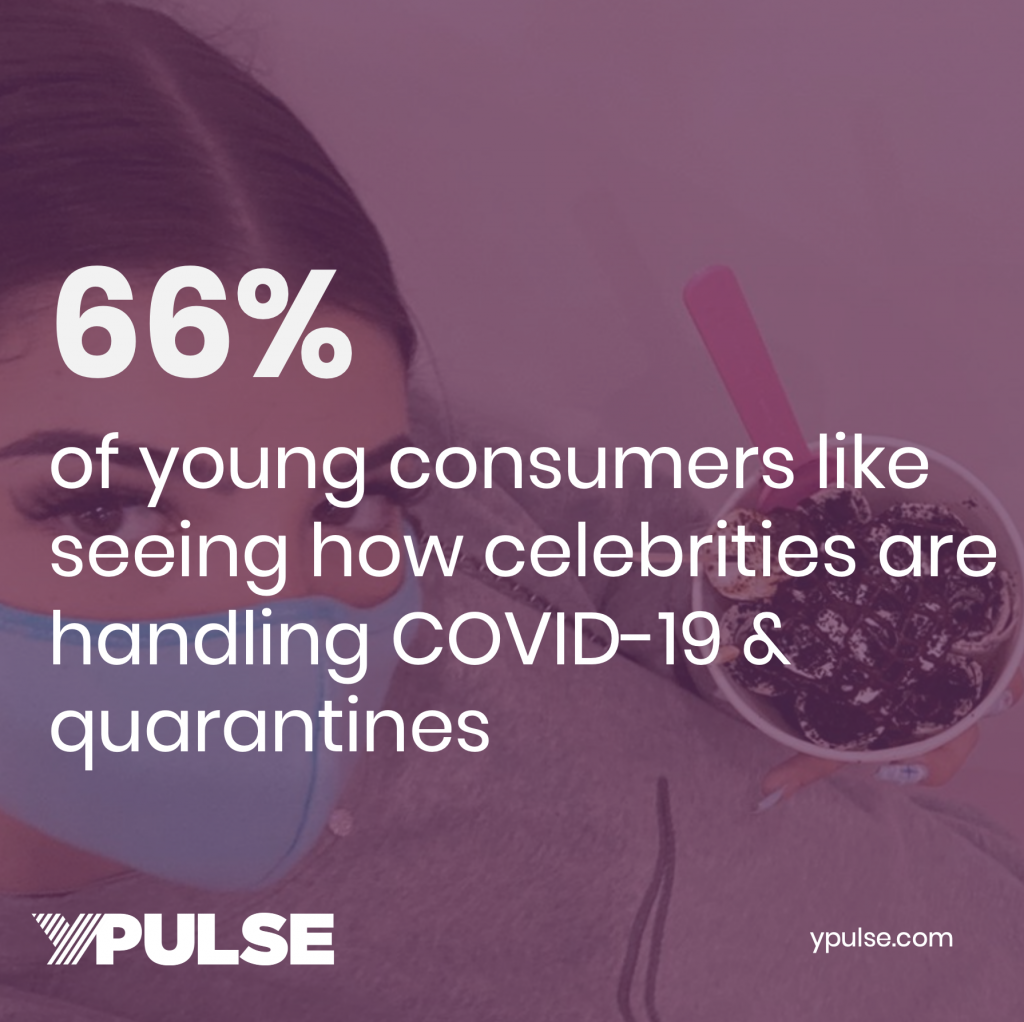 The majority of all young consumers like seeing how celebrities are handling COVID-19 and quarantines.

We noted that influencers’ content was going to need to change to adjust to the pandemic. In April, Vogue Business reported that many influencers were seeing increased online traffic from homebound followers, which is giving them the chance to create more small-scale content. Online personalities who might have been showing off designer OOTD at fashion weeks began showing their full at-home routines. According to a survey from Influencer Central, the majority of influencers addressed COVID-19 and the “stay home economy” with their audiences, with content like quarantine vlogs and DIY face mask tutorials popping up on YouTube and TikTok. “Purposeful messaging” became the norm for creators during this time, as influencers shifted their content to focus on Coronavirus and, more specifically, posts meant to uplift, encourage, and inform their audiences. And rather than rejecting influencers and celebrities’ efforts to integrate COVID into their feeds, we’ve found that young consumers have embraced it, with 68% of Gen Z and 66% of Millennials agreeing with the statement, “I like seeing how celebrities are handling COVID-19 and quarantines.” This data shows that young consumers are open to more than what they used to see from influencers, who they are looking to for authentic content. Brands who might have worried about online creators trying to tackle these serious issues should take note: young consumers don’t just expect to see reflections of their own realities on these accounts, they embrace it.