As young people continue to change activism, these brands are making supporting the causes that matter to them central to their mission…

We told you about the ways Gen Z and Millennials are changing activism, and YPulse’s causes and charity survey found that 88% of 13-39-year-olds believe they can make a difference by getting involved in a cause. Some of that activism is translating into supporting brands that inspire social change in themselves and others—and inspiring some to even start their own. Eighty-seven percent say buying products from brands that have social good components makes them feel better about spending money, and 24% of Gen Z and 38% of Millennials have purchased a product that donates proceeds to a cause in the last year.

We also know that they want brands to take a stance: 85% say that all brands should do some sort of social good/charitable work. Of course, all brands can make their stances clear on causes and conflicts, take actions to make a difference in the world, and clearly integrate social good efforts into their marketing. But some brands are founded with causes as central to their mission from the start. These companies aren’t just adding social good efforts to their plans and products to check the box and appeal to Gen Z, but focusing their entire brand around the issues and movements that matter to them—and they’re winning over young shoppers because of it. Here are four to know about and be inspired by: 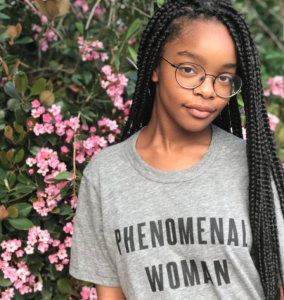 When tech advisor and entrepreneur Meena Harris, niece of Sen. Kamala Harris, launched the Phenomenal Woman Action Campaign in 2017, she was inspired by late author Maya Angelou’s “Phenomenal Woman” poem. Known for their shirts featuring the title, which have been worn by everyone from Issa Rae to America Ferrera, Harris wanted to create a brand that focused on female empowerment and merch that supported charities like Girls Who Code, Planned Parenthood, and the United State of Women. Since launching, they’ve expanded their campaigns and apparel to be more inclusive: “Phenomenally Black,” “Phenomenally Latina,” “Phenomenally Asian,” “Phenomenally Indigenous,” “Phenomenal Voter,” “Phenomenally Trans,” “Phenomenal Mother,” as well as  “Black Lives Matter,” and “Girl Dad” merch are just some of their offerings. They’ve grown the base of organizations they support to include the Essie Justice Group, Black Futures Lab, Higher Heights, Families Belong Together, Justice for Migrant Women, National Asian Pacific American Women’s Forum, Native Voices Rising, The Council on American-Islamic Relations, and TGI Justice. Phenomenal’s extensive list of brand ambassadors includes Serena Williams, Alicia Keys, Jessica Alba, Mark Ruffalo, Marsai Martin, and Chloe x Halle. They’ve also partnered with media brands for digital campaigns, including teaming up with The New York Times in 2018 for #1600Men, a full page ad with the signatures of 1,600 men in support of Christine Blasey Ford and survivors everywhere ahead of Brett Kavanaugh’s hearing. 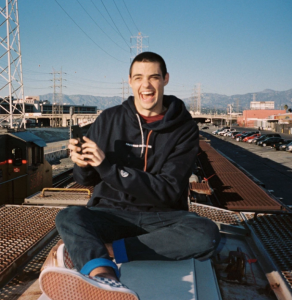 To All The Boys star Noah Centineo launched lifestyle brand Favored Nations to mobilize Gen Z philanthropy—starting with Black Lives Matter. Co-founded by Centineo and his friend Josh Heller, the brand describes itself as a collective of young activists “who give a shit” about today’s social and environmental issues. A big part of the organization is its online apparel store, which includes hoodies and t-shirts that donate 100% of proceeds toward the charity of the shopper’s choice. During a soft launch earlier this year, their clothes sold out within three days, and they were able to raise more than $40,000. In June, amid the George Floyd protests, they launched a Black Lives Matter influencer campaign to support the ongoing protests against police brutality. As a way to get their young fans involved with the campaign, Centineo got his co-star Lana Condor to do a virtual table read of the first and second films from the beloved To All The Boys franchise as well a sneak peak from the upcoming third film, and concluded with a Q&A portion with Black Lives Matter co-founder Patrisse Cullors. 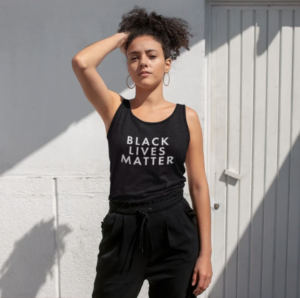 The Outrage is another apparel brand with the mission of donating all proceeds toward the causes that matter most to the next generation. Founded in 2016 by Rebecca Lee Funk, they refer to themselves as a “hub for activism” that is “leveraging the power of community and fashion” to mobilize their growing network of young activists to shift the political landscape. They partner directly with the organizations they’re raising money for not only to sell merch, but to help organize protests and marches as well. During the Women’s March in 2017, they were able to raise tens of thousands of dollars for a dozen of progressive groups like the Malala Fund and the National LGBTQ Task Force. The same year, they launched a “Families Belong Together” apparel line to raise money for the RAICES Family Reunification and Bond Fund, and have created several products with the proceeds that went to Planned Parenthood. Funk told Forbes that their Millennial customers are the ones who have “helped drive this move toward political activism.” The brand has blown up so much in the few years since its debut that celebrities have been seen touting their merch: Will & Grace’s Debra Messing was spotted wearing their “November is Coming” shirt on a Mic interview, and during last year’s Women March, actress Marisa Tomei wore one of shirts that featured a sketch of athlete Colin Kaepernick kneeling in his former NFL jersey, whose proceeds went to the American Civil Liberties Union (ACLU). 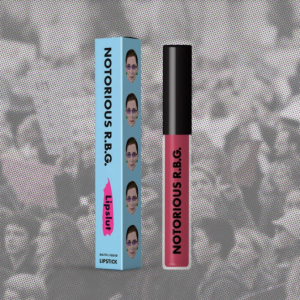 As young consumers troll their political enemies online, some brands are calling them out through their products. Last month, amid the Black Lives Matter protests, beauty brand Lipslut sold lipsticks with the shade name “F*ck Trump,” donating 100% of proceeds toward racial justice organizations like Black Lives Matter, the Equal Justice Initiative, and the NAACP Legal Defense and Educational Fund. Founded by Katie Sones in 2017, she said the inspiration for Lipslut began after President Trump was elected and began “defunding support networks for women nationwide” leading to her “trading in [college] classes for political rallies.” Combining her fascination with beauty with her packaging design talent and newfound political activism, Lipslut was born. Since then, portions of the sales from their products have gone toward organizations that focus on women’s rights. They have lipsticks and lip gloss with shades like “F*ck Kavanaugh” and “Impeach,” and others inspired by political figures like Rep. Alexandra Ocasio-Cortez and Ruth Bader Ginsburg. The lipsticks are so popular that they’ve had a hard time keeping them in stock. Recently, they also launched a “F*ck Coronavirus” hand sanitizer sprays, with 50% of earnings going to those impacted by the pandemic.

North America
7 Ways Brands Are Authentically Supporting LGBTQ+ Youth—Beyond Advertising
From podcasts to inclusive social media campaigns, here’s seven brands supporting L...
North America
How P&G Is Supporting Gen Z Women in STEM
The entrepreneurial arm of this consumer goods brand teamed up with Her Campus Medi...
North America
5 Brands That Were Made for Gen Z, From Their Maximalist Packaging to Inclusive Values
As Gen Z becomes the target demographic of an increasing number of industries, bran...