Cancel Culture: An Explainer for Brands

What does Cancel Culture mean for brands? Here’s what you need to know…

If you’ve spent any time on Twitter, you’re sure to have seen the many hashtags detailing the takedown of celebrities—and brands—for what young consumers deem to be offensive. Hashtags calling to #Cancel a public figure, institution, holiday, or company are incredibly common these days, as young consumers air their beliefs and emotions on social media, holding groups and individuals publicly accountable for their actions. Whether through publicizing incriminating photos, interviews, or now-deleted social media posts, it seems that Cancel Culture pulls no punches, even touching former favorites like Terry Crews, Justin Trudeau, and, yes, J.K. Rowling.

Social media is the top place that young consumers report seeing an ad that influenced them to purchase something, and seeing a brand—or an associated influencer—being “cancelled” can greatly influence their purchase decisions as well. The good news is, brands can often make it back from the brink. When YPulse asks 13-39-year-olds, “Which of the following makes you feel you can trust a brand more?,” Gen Z and Millennials’ top answer is “Being honest about making a mistake.” So being cancelled isn’t necessarily the end of the line. But what does Cancel Culture even mean, and, how are brands affected by it? Let’s walk through it: 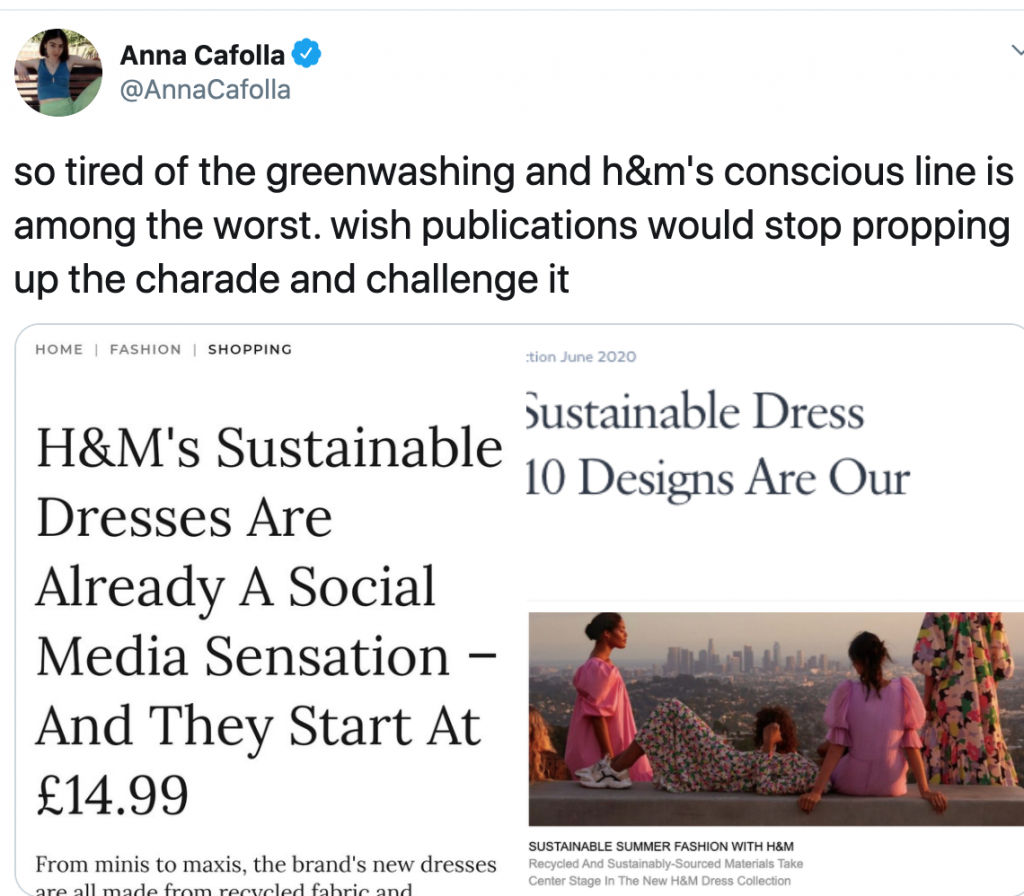 What does “cancel culture” actually mean?

According to Merriam-Webster (yes, the term is that official), cancelling someone means to stop giving support to the person—or brand—in question. Cancel culture is the airing of the transgressions of an individual or organization, and a campaign to encourage others to stop using or supporting them as a result. Cancelling is most often the result of a brand going against the values of their target market, which is why it is so important to understand the issues nearest and dearest to them—and their values. YPulse’s research shows that 69% of young consumers believe brands need to make an effort to be politically correct today, and 65% actively avoid brands that oppose the causes you support. Just as importantly, the majority tell us that they buy products from brands that support the causes they believe in. Gen Z and Millennials want transparency, accountability, and for the brands they frequent to support the causes they care about—and with a spending power of $34 billion, they’re worth paying attention to. 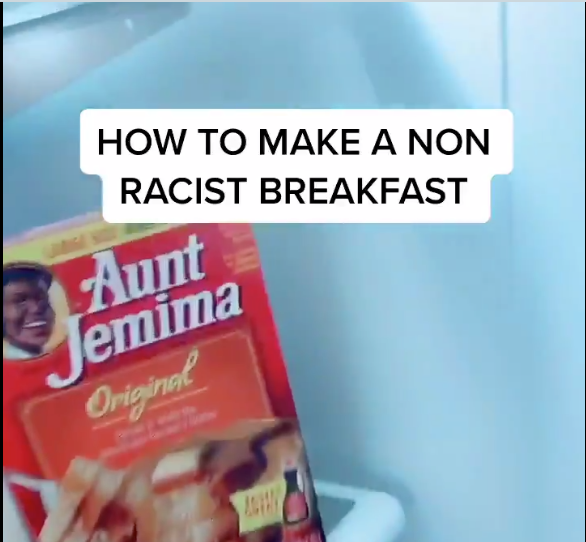 What if your brand gets cancelled?

Say you’re a certain breakfast food brand and your logo calls to mind a politically incorrect past. And say a popular musician calls you out over it, especially amidst the protests happening all over the country because of racial injustice. What do you do? Well, if you’re smart, you immediately change the name and the logo, ‘fess up to your misdeeds, and promise to do better. In this case, Quaker, the umbrella brand of Aunt Jemima, put out a statement recognizing their mistakes in continuing to have a logo that went against the beliefs of their consumers and described the immediate action they were taking to rectify the situation—and it worked. In a statement to NBC News, the musician, KIRBY, said that she felt “a sense of relief knowing that my future children will not grow up in a world where their ancestors’ oppression is insensitively used as a marketing tool on a box,” and that she “hope[d] that other brands [would] swiftly follow suit.” As we mentioned, an immediate apology can go a long way with young consumers: 57% say they trust a brand more for being honest about making a mistake, and our From Causes to Crisis research also found that if a brand does something that offends consumers, the top response that young consumers expect is stopping the controversial action and apologizing immediately. 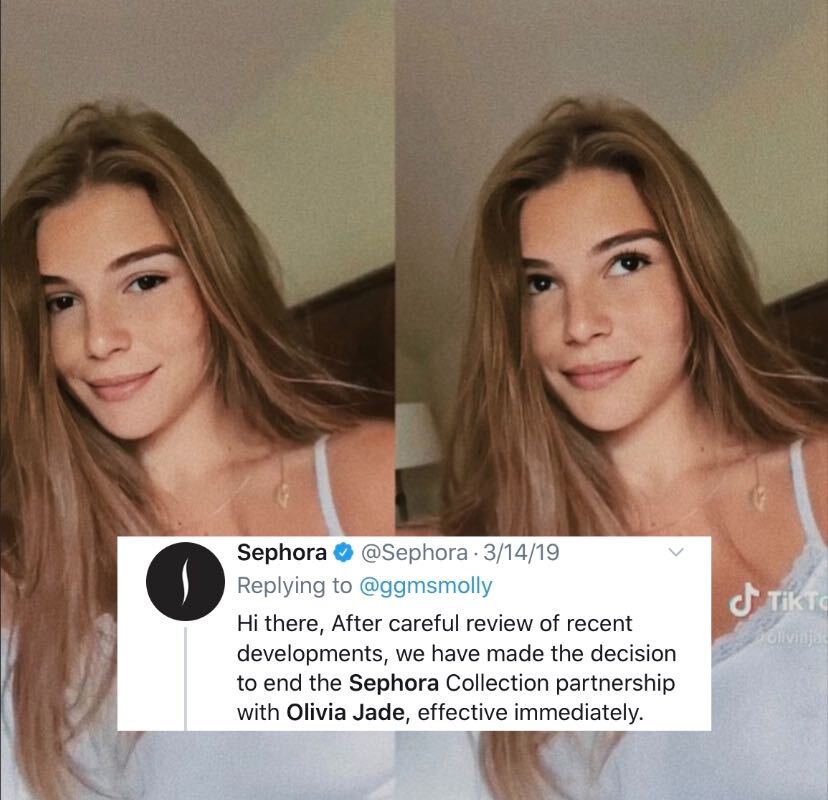 What happens if an influencer associated with your brand gets “cancelled”?

It happens. Influencer marketing is not without risk, and there are plenty of stories of a brand needing to take action after an influencer repping their products said or did something offensive and got called out and cancelled. Sephora dropped their partnership with Olivia Jade after the influencer came under fire for being involved with the #VarsityBlues controversy, despite mixed opinions on whether she was involved or not. The push came from young consumers on social media threatening to boycott the brand if Jade wasn’t fired. Because the demographics of those protesting constituted a large part of Sephora’s target audience, it was probably in the best interest of the brand to do so. But there are certainly times that brands should stand by their brand rep when they’re caught in a backlash. One clear example: Colin Kaepernick. After peacefully protesting racial injustice by refusing to stand for the national anthem during NFL games, Kaepernick faced backlash from many people around the country—which led to backlash against Nike after they made him one of the faces of their campaigns following the controversy. #BoycottNike had over 20,000 hits at its peak, with angry consumers burning their (already purchased) Nike apparel. However, even though Nike’s decision ignited anger from many across the country, YPulse’s research showed that their brand scores among young consumers actually stayed strong, and even experienced several boosts after the campaign. It has remained at the top of the list of young consumers favorite brands, showing that supporting Kaepernick was reflecting the values of the audience that Nike was trying to reach: Gen Z and Millennials. Deciding what action to take when an influencer is being cancelled is all about looking at the group your ultimately targeting, and listening to what they have to say. 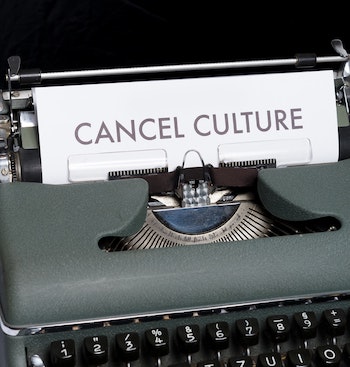 How can a brand avoid cancellation?

In a post-woke world, brands should be conscious and clear about the causes and people they support, as well as their histories if they don’t meet up to today’s standards. Young consumers want brands to support the causes that they care about, so understanding what they are—and which they want you to get involved in—is vital. Staying clear of overt politics is also important: Gen Z and Millennials have told us that they aren’t as supportive when brands donate money to politicians, or their causes, or show alliance with a political party. They want brands to make a difference, without getting overtly political. But it is important to be involved in social good: Close to nine in ten 13-39-year-olds tell YPulse that buying products from brands that have social good components makes them feel better about spending money. Ultimately, brands can avoid cancellation by continuing to listen to young consumers. They are vocal about what they want to see from brands, what matters to them, and where improvements can be made. Don’t wait to be cancelled to take action in response.

North America
Taylor Swift is The Newest Celebrity Private Jet Controversy on The Viral List
TL;DR Taylor Swift has been called out for having the highest emissions of...
North America
What Is Wellness? Trend Report
Gen Z and Millennials have come a long way from a diet-driven wellness culture, but the...