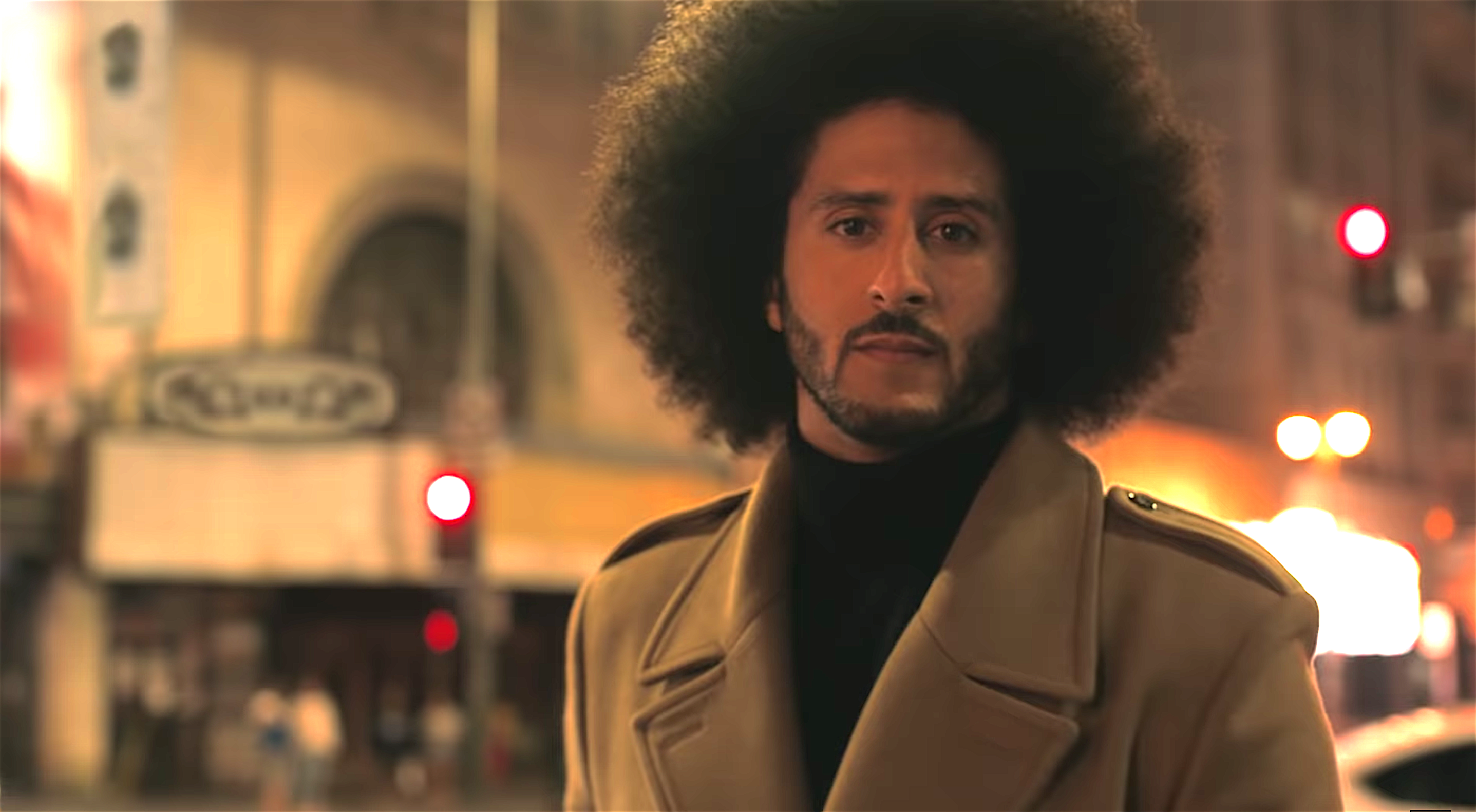 Was Nike right to bet on Kaepernick to appeal to Gen Z & Millennials? Real-time data from our youth brand tracker reveals what young consumers really think of Nike in the wake of their controversial marketing move…

In case you missed it—though we don’t really know how you could have—Nike kicked off quite the controversy last week, when they announced that former San Francisco 49ers quarterback Colin Kaepernick would be the new face of their marketing campaigns. It’s hard to imagine that Nike didn’t know the move would push some hot topic buttons, but they may not have foreseen backlash against their brand building into people destroying their products. There was a lot of noise about those protesting their choice to feature Kaepernick, who is at this point more famous for his decision to kneel during the national anthem than for his football career, as some objectors took to Twitter, posting images and videos of themselves cutting the logos off socks, setting sneakers on fire, and calling for a mass boycott of the brand.

At the same time, many were quick to clap back to the protesters, and at the end of the day, the controversy could be working in Nike’s favor. While the brand’s stock sunk 3% on the day they debuted the ad, Business Insider reported that Millennials were snatching the stock up in droves, and data indicates that Nike’s core demographic is more likely to support the move than burn their merch. CNBC quoted NPD Vice President Matt Powell, who quipped, “If Baby Boomers stopped buying Nike, I don’t think they’d ever notice.” The debate has continued: has this bold marketing decision appealed to the young consumers that Nike is clearly targeting? We dug into our youth brand tracker Ybrands to get the data on exactly what they think of Nike right now.

Ybrands launched in January of this year, and has collected over 44,000 interviews that tell us how young consumers feel about more than 300 brands, asking them about the brands they think are cool, true to themselves, supporting causes, and more. So how has the Kaepernick controversy impacted Nike in the eyes of Gen Z and Millennials?

Here are Nike’s scores across key metrics that make up their brand affinity, tracked over time: 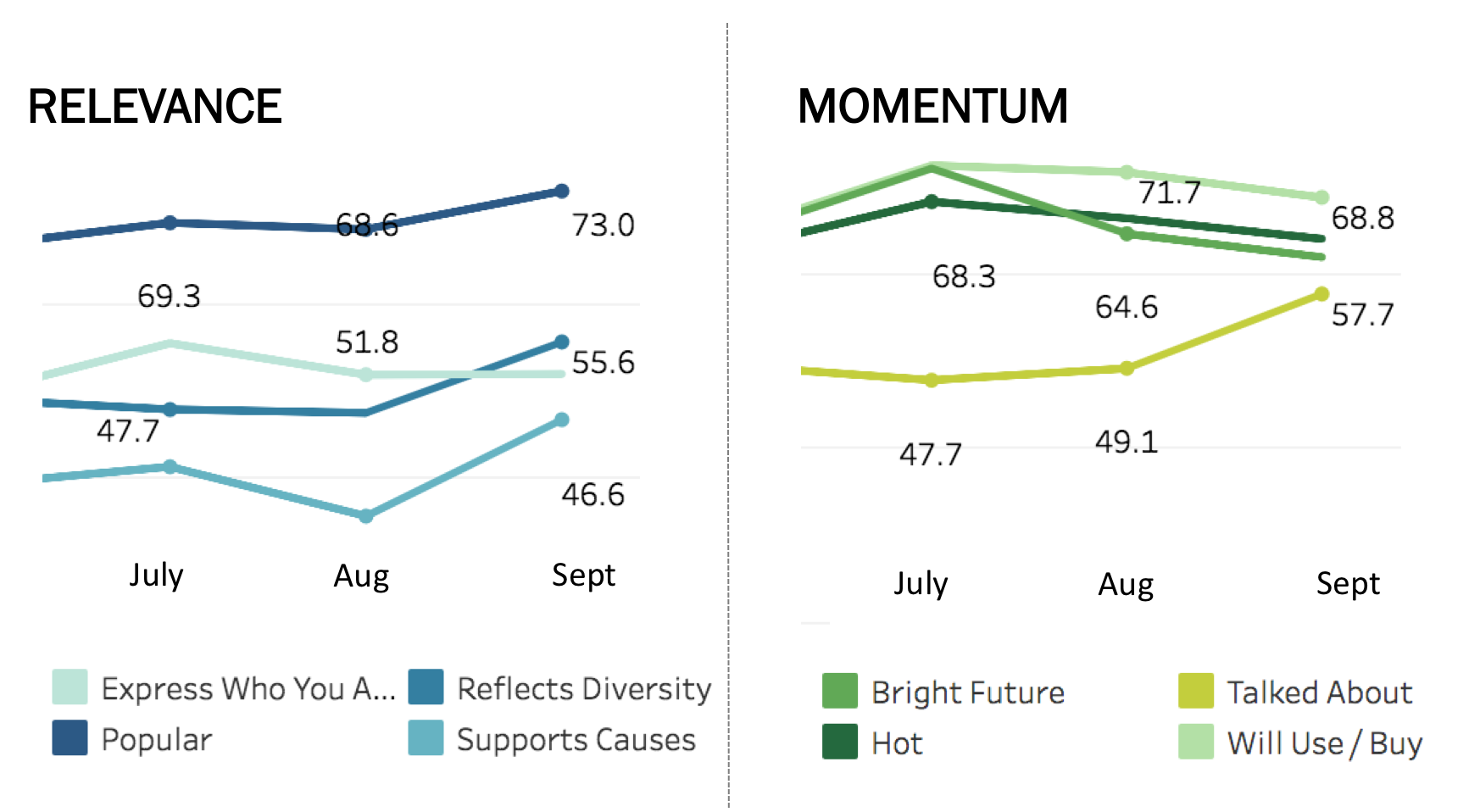 These scores, among 13-36-year-olds, show that across many vital areas, Nike’s marketing decision is paying off. Between August and September (the week that Kaepernick’s ad debuted and the firestorm of online backlash began) Nike’s scores improved as a brand young consumers have heard positive things about, like to hear from, is true to themselves, and cool. The ad seems to have uplifted Nike’s relevance and momentum as well, causing an increase in their scores as a brand that is popular, reflects diversity, supports causes, and is talked about.

That last metric saw a significant spike, not surprising considering the amount of conversation that Nike has been at the center of for the past week. Why does it matter? Like their decision to take a stand (or knee as it were) with Kaepernick or not, that’s a lot of marketing power. In fact, Apex Marketing Group estimates the exposure is worth more than $163 million.

Let’s talk about the large increase seen in their standing as a brand that supports causes, another vital stat among Gen Z and Millennial consumers. In our 2016 research on the trend PC Police, we found that 54% of 13-33-year-olds said it was positive for a brand to publicly declare support for a progressive cause. Our new Causes to Crises trend shows that this feeling has only continued: more than seven in ten 13-35-year-olds say brands have just as much responsibility as people to get involved with social causes, and even more say that buying products from brands that support the causes they support makes them feel better about spending money.

But are young consumers more likely to buy Nike over their competitors post-Kaepernick? We looked at some of the key metrics above, comparing Nike to some of their peers to see how they rank:

Here we see that Nike, which has long been a favorite of young consumers, not only maintains their high competitive ranking, but actually increased in some of these key areas between August and September as their competitors’ scores dropped. And while their “will use/buy” score stayed relatively flat, it also stayed much higher than other brands in the industry.

Ad Age called the campaign “a bold move in an age where marketers often talk a big game about becoming part of the cultural conversation, but often fall short by refusing to take much of a stand on anything”—and clearly the decision to support a cause so publicly has continued to endear Nike to young consumers. Their brand standing stays strong and has, in fact, seen boosts across some important areas in appealing to Gen Z and Millennials. In the end, the majority of those burning their Nike logos are likely not from the generations that Nike cares most about, and so they can consider their alliance with Kaepernick a success, despite the loud backlash.