McDonald’s Tricked Into Being More Diverse On The Viral List 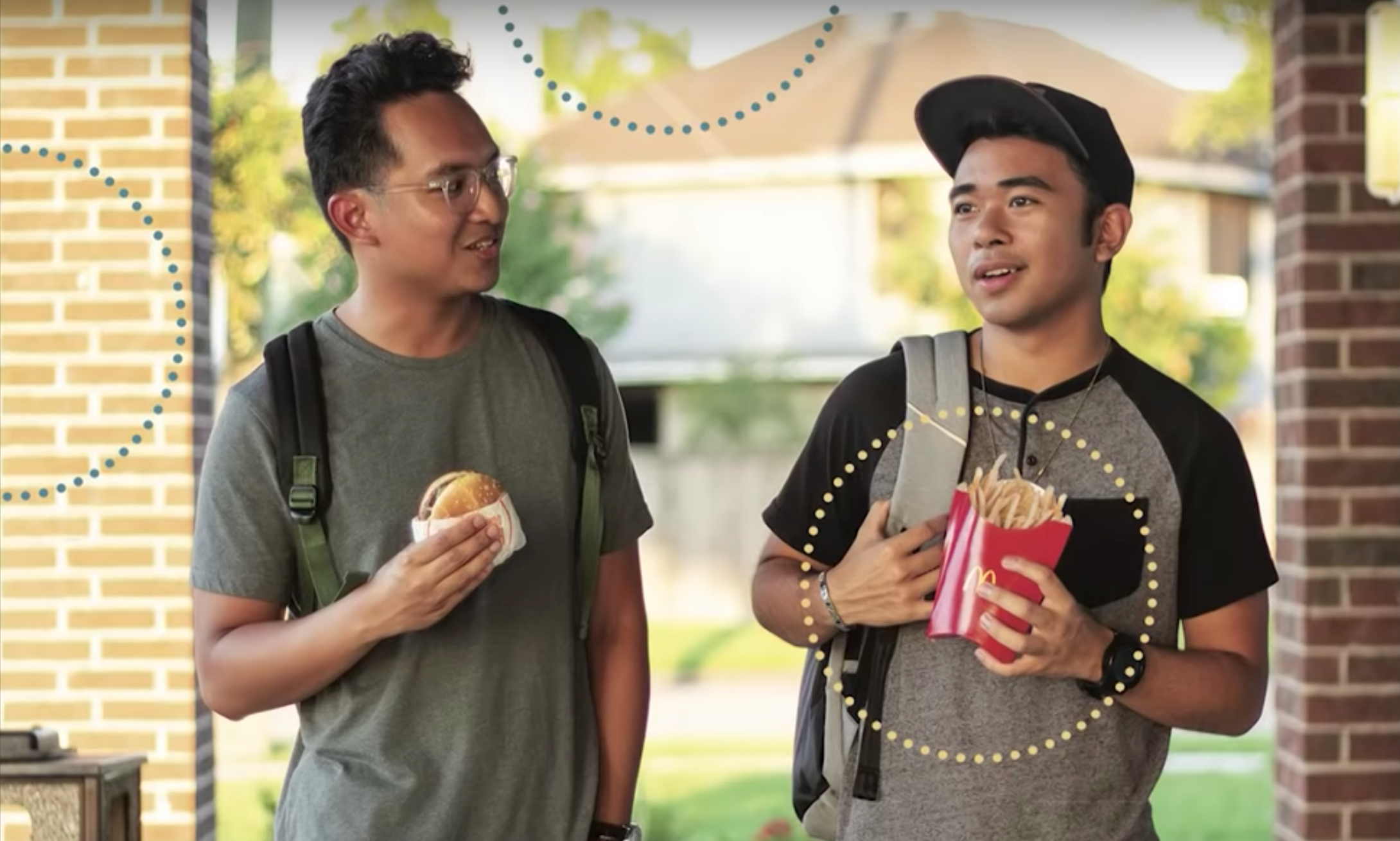 A YouTuber’s stunt is making McDonald’s more diverse, Nike took a risk on a marketing campaign, Adventure Time is over and Twitter is paying tribute, and more of what’s trending this week on the web… 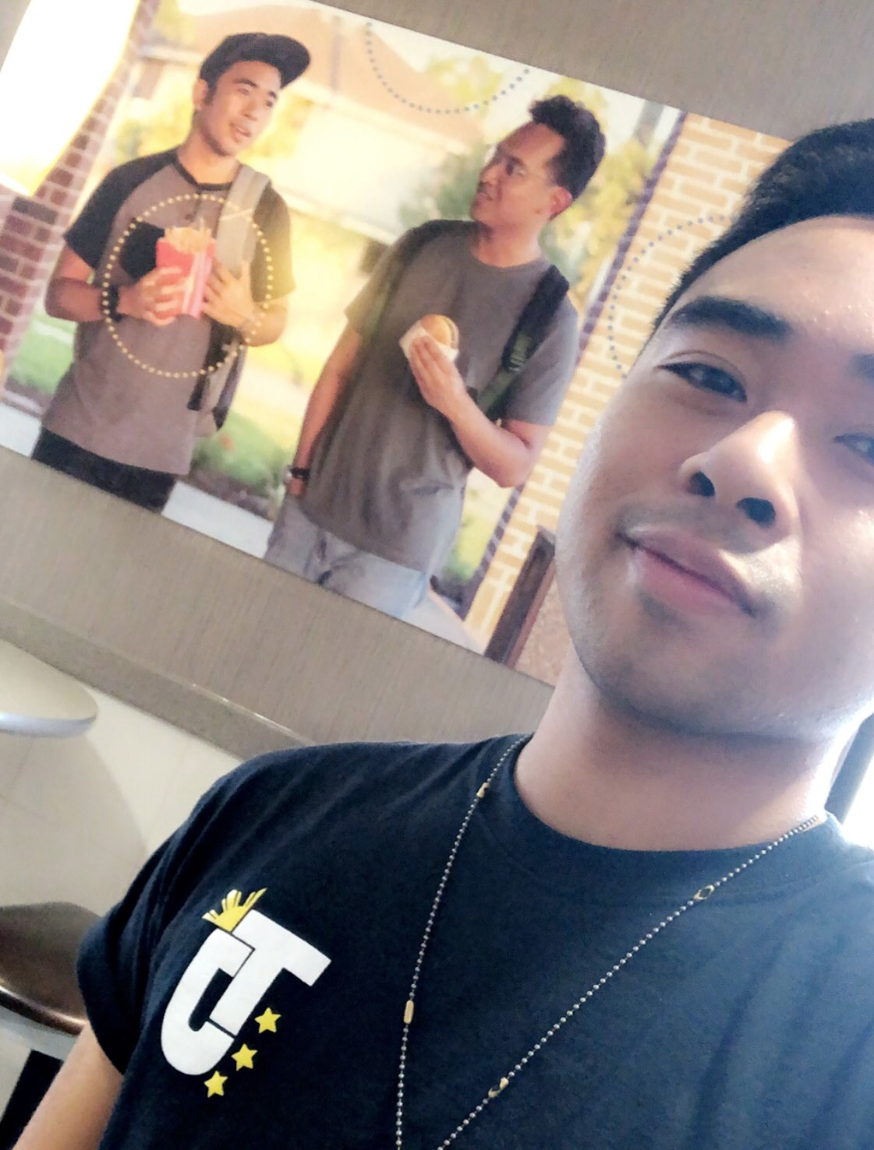 1. This YouTuber’s Fake McDonald’s Poster Wasn’t Noticed for Over 51 Days

Two young adults took over a blank wall in their local McDonald’s by hanging up a giant poster of themselves—and, according to a tweet from one of the poster models, none of the employees noticed it for over 51 days. According to Fast Company, this stunt wasn’t just about tricking a local establishment and earning social media fame; Jevh Maravilla (the mastermind) was inspired by Crazy Rich Asians and wanted to call attention to the lack of Asian representation on McDonald’s posters. In a YouTube video detailing the process behind putting up the poster Maravilla closes with, “Remember, folks, all races deserve recognition. And I guess I did my part.” That video has over 885,000 views, and that tweet we mentioned earlier is going even more viral, accruing over 993,000 likes. The Diversity Tipping Point generation is demanding change from industries across the board, and fast food restaurants are no exceptions. It’s your move, McDonald’s.

Nike announced this week that Colin Kaepernick—the former San Francisco 49ers quarterback who stirred up controversy when he chose to kneel for the national anthem—will be the newest face of their marketing campaigns. It’s hard to imagine that Nike didn’t know the move would be controversial, but they may not have foreseen backlash building into people destroying their products. That’s right; people who disagreed with Nike’s choice took to Twitter, posting images and videos of themselves cutting the logos off of socks and setting sneakers on fire. Many were quick to clap back to the protesters, with sarcastic comments like, “I just wrote ‘NIKE’ on twenty dollar bills and burned them to own the libs.” At the end of the day, the controversy could be working in Nike’s favor: Apex Marketing Group estimates the exposure is worth more than $163 million, and data indicates that Nike’s core demographic is more likely to support the move than burn their merch.

3. Twitter Is in Tears Over The Adventure Time Finale

All good things must come to an end. Adventure Time just wrapped its final show after nine years on air, and it’s receiving rave reviews. Fans are paying their tributes via artwork and heartfelt tweets, like “thank u for the most powerful childhood ever adventure time…i will forever love and miss u. / goodbye #AdventureTime.” One thing that really has the internet talking though is that the finale confirmed a relationship that the fandom have been shipping for years. Spoiler alert: In a big win for the queer community, Marceline kissed Princess Bubblegum, confirming that they are in fact a couple. It was a fitting end to a show that one 21-year-old male told us “best represents my generation.”

4. #DoTheLilo Is the Lindsey Lohan Dance Craze Taking Over The Internet

A new dance has gone viral, and it wasn’t started by Drake (for once). This week, a club patron posted an Instagram of Lindsey Lohan dancing in a silver jumpsuit at her Mykonos beach club. The scene might have been for her upcoming MTV reality series, but fans were quick to turn the moment into a meme. Busy Phillips posted herself and a friend replicating the dance, exaggerated hair flips and all, encouraging others to try the “Mykonos challenge,” and sparking a series of copycats. But Lohan herself reposted a meme of her dancing moment, and captioned the clip #DoTheLilo, propelling the moment to fame. Time reports that the dance has inspired countless renditions and memes, even one that imitates an ad from the Colin Kaepernick campaign mentioned above. 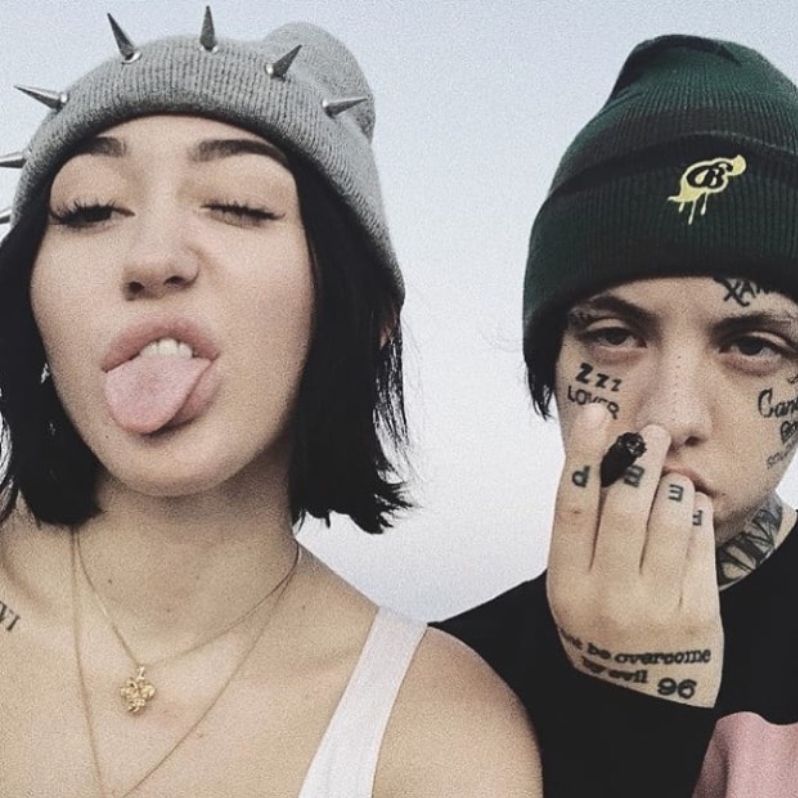 The “extremely Gen Z couple” Noah Cyrus and Lil Xan had a messy, social media-fueled breakup, the latest (and grossest) ASMR trend is dandruff-scraping, people are playing pranks on their siblings for this Netflix-inspired meme, Cardi B’s infant daughter Kulture is already on the ‘gram, and Gaston memes are giving the internet a much-needed laugh.