Customers Aren’t Happy About Fashion Nova Asking Them To Spend Stimulus Checks on Clothes, on the Viral List 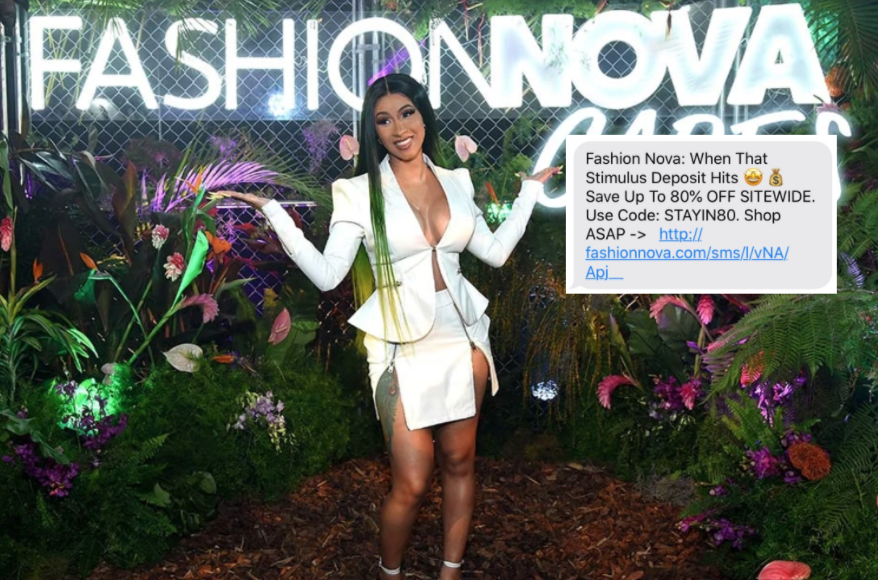 During COVID: Fashion Nova wants customers to spend their stimulus money on them, young adults are sexting and it’s causing a surge in peach emoji usage, “Choose Your Quarantine House” is forcing people to make difficult decisions, travelers are getting their airplane fix by recreating flights, and a “riveting” ping pong video is taking TikTok by storm—plus more stories and youth news you shouldn’t miss this week… 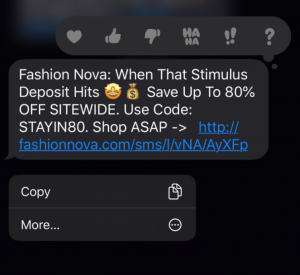 As stimulus checks started to hit people’s bank accounts this week, Fashion Nova customers got a surprise text from the apparel brand. “When That Stimulus Deposit Hits … Save Up To 80% OFF SITEWIDE. Use Code: STAYIN*)” Shop ASAP,” a text alert from them read. While it was meant to be lighthearted marketing, not everyone was too happy about it. “Fashion Nova is so wrong for this, the stimulus isn’t for shopping its for people who need it during such hard times, this is so ignorant .. #COVID19” read one tweet from user @emiliaxpz, that received over 1K likes. Others retorted that they had “bills to play.” YPulse found that while clothing is on the list of things Gen Z and Millennials would spend their stimulus money on, it wasn’t a top choice or prioritized above other essentials like food and groceries, and rent. 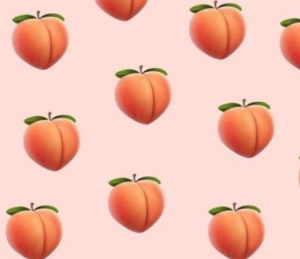 Thanks to Sexting, Peach Emojis Are Trending

It all started with a Twitter post: “Tomorrow isn’t promised, send nudes today.”—a parody Bible verse that’s been shared by many on the platform. Quarantines have led to a rise in sexting and the sending of nudes, and as a result: a surge in uses of the peach emoji, which many have claimed looked like—ahem—a certain body part. According to digital customer engagement platform Khoros, terms like “nudes” and “dick pics” tweeted with “Coronavirus” jumped 384% last month—and the peach emoji saw a 46% spike. As young, single consumers continue to date and “find love” during the pandemic while social distancing, they’re turning to dating apps’ newly added video chatting and live-streaming features—and some have even started going on dates on Animal Crossing: New Horizons, the life stimulation video game that has taken off since it was released during the start of the quarantine period. 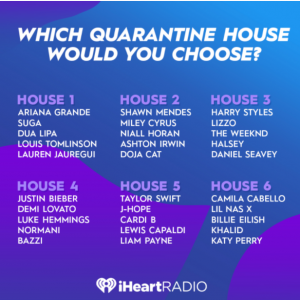 The “Choose Your Quarantine House” Meme Is Full of Tough Choices

Similar to last year’s cafeteria table meme, users are asked to choose which house and it’s occupants they would want to be stuck with. Twitter user @flotisserie was the first one to share the meme in a post that received 8.3K likes. Since then, brand accounts like nonprofit organization NaNoWriMo and literary site Lit Hub came up with a “Fictional Book Character” and “Dead Author” edition, while iHeartRadio did a popstar edition that featured several Gen Z and Millennial-favorite musicians like Taylor Swift, Ariana Grande, Justin Bieber, Billie Eilish, and Lizzo—and it garnered over 6K likes. It’s gotten to the point where users are debating and make hard decisions and in some cases, choose terrible “roommates.” 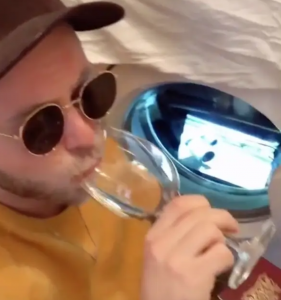 With hardly anyone flying and traveling, quarantined young people are starting to miss traveling—and the experience along with it no matter how cramped the seat is. Now, they’re trying to fill the void for their wanderlust by recreating the experience at home. TikTok user @jeroengortworst posted a video (that got 90.7K views) of him in his laundry room reenacting the takeoff of a flight, which turned out to just be a computer screen in his washing machine creating a “window-like appearance,” a fake table tray, his passport, and a glass of wine. Since then, other users have made videos of themselves “traveling” using household objects and equipment like treadmills—and even using their own backyards for “camping trips.” In recent weeks, companies like Airbnb, who usually house travelers, have been finding ways to keep customers entertained digitally. They recently added an “Online Experiences” feature to give users the opportunity to virtually take part in activities like tours, tutorials, shows, and lessons, from fortune telling to cooking classes. 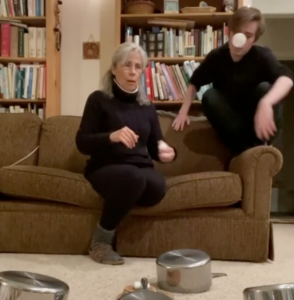 This week, TikToker @scottyryan posted a video of him and his mom in the middle of a “riveting” challenge on the platform. And it’s caught the attention of the internet—receiving more than 4 million views. In it, Scotty Ryan is seen repeatedly (and unsuccessfully) bouncing a ping pong ball off pots and pans to get into a red solo cup. It’s his mom that finally gets in it. Cue the cheers! Even ESPN shared the video on their Instagram, which garnered over 1 million views. Some Twitter users even joked that “this is the nba playoffs.” With lockdowns still in place all over the world, families are continuing to find ways to entertain themselves. Parents were already joining the app to do dance challenges with their kids, but now it seems as though they “have infiltrated nearly every corner of the app.” 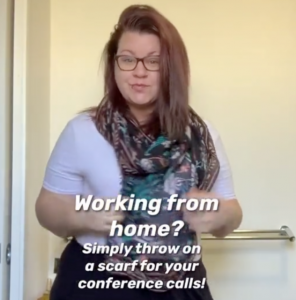 TikTokers are showing their best #loungewear looks from home.

A Gossip Girl meme has taken over the internet—and even the show’s former star Blake Lively put her own spin on it.

Everyone is posting throwback photos from when they were 20 and it’s making people nostalgic.

Beyoncé made a surprise appearance during ABC’s Disney Family Singalong.

K-pop fans are dressing up as their favorite albums while in isolation.

Millennial parents are shedding light on the realities of homeschooling quarantined kids.

Joe Jonas and Sophie Turner participated in the “couples challenge” on TikTok.

Photos of Dune starring Timothée Chalamet and Zendaya have been released—and the internet can’t handle it.