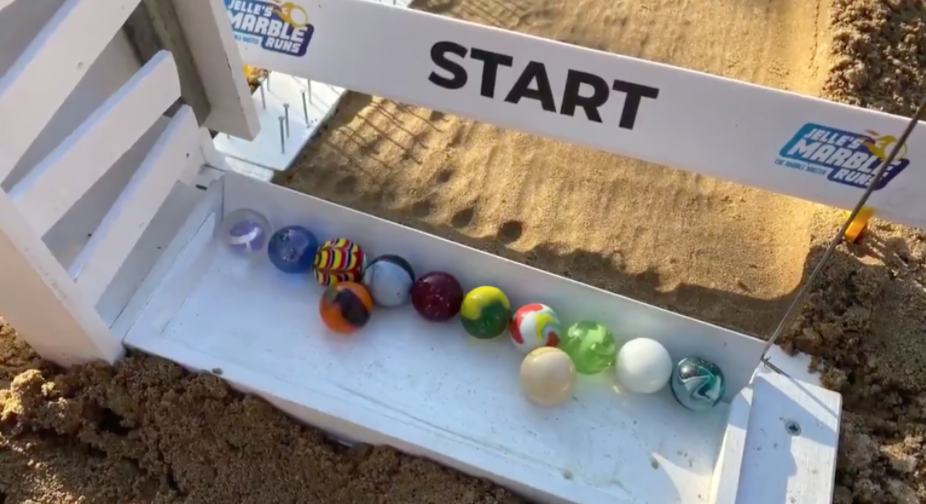 Amid the Coronavirus outbreak: people are getting really into marble racing, #BoomerRemover is causing a generational war between Boomers and Millennials, penguins are roaming around a closed down aquarium, and quarantined celebs are singing on social media—plus more stories and youth news you shouldn’t miss this (unprecedented) week… 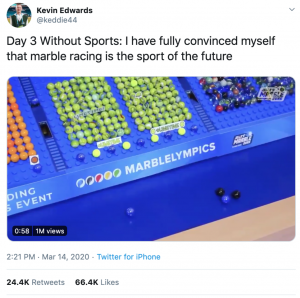 With live sports on pause during the Coronavirus crisis, fans are turning to some unexpected alternatives to satisfy their need for competition. Case in point: marble-racing YouTube videos. We told you about marble racing last year, and how the YouTube trend was earning billions of views thanks to Gen Z. Now YouTube channel Jelle’s Marble Runs (which has seen subscribers increase from 400K last June to 670K today) has been thrust into the spotlight by sports fans desperate for content. Over the last week, posts like “Day 3 Without Sports: I have fully convinced myself that marble racing is the sport of the future” have been popping up on Twitter, getting thousands of shares and millions of views, drawing new viewers to the content New York Magazine calls “transfixing.” One tweet featured an older video where an underdog marble, Comet, won the race—earning 34.2 million views and prompting the hashtag #comet to make the top five U.S. Twitter trends. That video was commented by celebrities like Pete Wentz from Fallout Boy, Gary Lineker, and Bubba Wallace. According to Front Office Sports, Jelle’s Marble Runs has experienced a 339% boost in YouTube views, and Time reports that popularity has surged on Twitch as well. As the channel’s PR and community manager told Front Office Sports, “We knew that with the unfortunate circumstance of essentially all major sport events canceled…that this might be our chance to shine.” 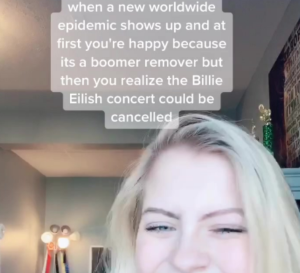 A battle between generations blaming each other for spreading Coronavirus has escalated into the “OK Boomer” of the season. Some Gen Zs and Millennials have been nicknaming the virus the “Boomer remover,” based on reports that people over the age of 60 are more likely to be at risk of serious consequences and higher rates of fatalities. This comes after weeks of Boomers complaining that Millennials/Gen Z are increasing the exposure rate to the virus, while Millennials have shared stories of their parents and grandparents continuing normal activities and not taking the advice of the government to stay home. As one exasperated Millennial tweeted: “I had to tell my 70 yr old mum that they’re calling this pandemic the Boomer Remover before I could convince her to cancel all of her boomer cluster activities.” 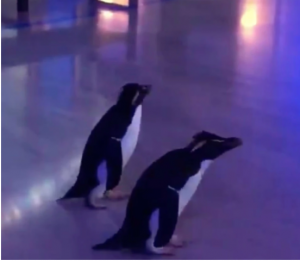 A Video Thread of Free-Roaming Penguins is Spreading Rare Joy

As people are finding themselves quarantined at home, they’re looking for moments of joy—and cute content is coming to the rescue. Chicago’s Shedd Aquarium has provided one of the most popular pure videos of the week: a Twitter thread of their penguins roaming freely around the empty, closed building. Throughout the series of videos the penguins go on field trips to the information desk and visit other exhibits. The clips are racking up millions of views, with the most popular—featuring paired penguins Edward and Annie—receiving 5 million. As public venues are shuttering due to the Coronavirus, aquariums and zoos are still finding ways to kids and their families through virtual tours and educational, behind-the-scenes videos. 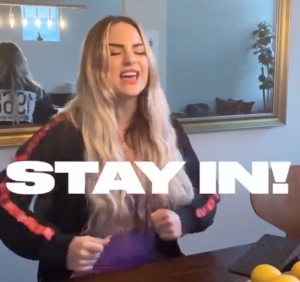 Celebs Are Responding to Coronavirus, To Mixed Reviews

This week, Wonder Woman’s Gal Gadot posted a video on Instagram of herself and other celebrities including Sia, Will Ferrell, and Jimmy Fallon, singing “Imagine” by John Lennon. While some are inspired by the video, which has garnered over 7 million views, many social media users criticized it for being “cringy” and “tone-deaf” and called for them to instead donate to Coronavirus relief efforts. On other parts of the internet, singer JoJo remixed her 2004 hit “Leave (Get Out)” into “Chill (Stay In)”—in a TikTok video that has 2.7 million views and 346.4K likes—as a way to encourage teens to practice social distancing. Even High School Musical star Ashley Tisdale shared a TikTok video of herself—with 21.4 million views and 3.9 million likes—dancing to “We’re All in this Together,” with Vanessa Hudgens following up with her own response. All over Instagram, musicians are hosting virtual concerts to keep their fans entertained. Whether receiving backlash or getting praised for their actions, one thing is for sure: celebs are cooped up inside their homes just like us, and many of them are finding ways to connect with their followers on social media. 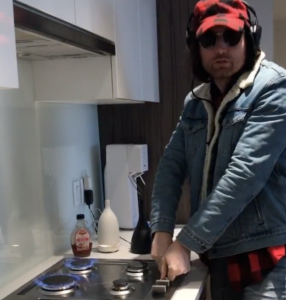 #thedrop is trending on TikTok—and cooped up teens are showing off their best DJ moves.

It’s Christmas in pandemic time as people put up their lights for a touch of happiness, and Hallmark starts their Christmas marathon back up in March.

Bored women are cutting their bangs while quarantined.

After Frozen 2 and Star Wars: The Rise of Skywalker, Onward is the next movie being released early on Disney+.

This mega-influencer documented what it’s like being tested for COVID-19 (and it started conversations about privilege and the virus.)