Three in five 13-37-year-olds—and three quarters of teens—tell YPulse that they use music apps every week, and 63% say they listen to music on their phones daily. Music is incredibly important to young consumers, and these generations are accessing, discovering, and sharing that music on their phones. But for many Gen Z and Millennials, mobile music today has become about far more than simply streaming. TikTok proved that by making music a centerpiece of their video sharing, and becoming the social platform to watch last year thanks to the massive appeal to young users. The app blends video, music discovery, humor, and social challenges, and though it started out as a lip synching platform, it has redefined what a “music app” can be.

The lines between social media and music discovery are also blurring: 49% of young consumers say they have discovered a new musician or song through a social media video, according to YPulse’s music survey. While music streaming platforms battle for young listeners, a new breed of music/social hybrids are emerging—some following in TikTok’s footsteps—to disrupt the industry by connecting fans, shifting the way that songs are experienced, and create even more competition in the mobile music space. Here are three to watch out for: 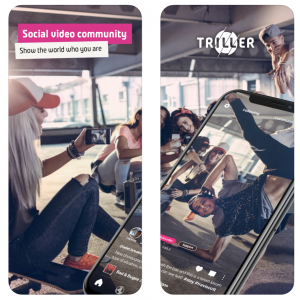 This social video platform is coming for TikTok’s crown. Triller is an app for making and sharing music videos, allowing users to choose a song from its “extensive” library (or upload one of their own) and film video, adding filters, text, and drawings as they wish. Triller then “auto edits” the whole thing into one “flawless” clip. But in late December, Triller introduced a potentially game-changing feature: the ability to stream full songs on the app, which currently can’t be done on TikTok, and could position them as a competitor to players like Spotify as well. The app reports that it currently has 26.5. million monthly active users and 75 million users total, which they claim means they’re “overtaking TikTok in the United States.” They’ve also announced partnerships with some big names in music, including Tyga, boast Snoop Dogg, The Weeknd, Marshmello, Lil Wayne as just some of their artist investors, and list Justin Bieber and Chance the Rapper as users. With big star power along with a combination of social sharing, music discovery, and streaming, Triller is definitely one to keep an eye on. 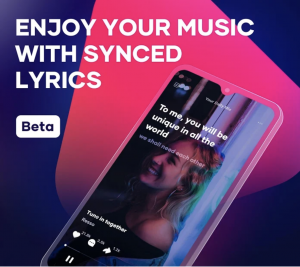 TikTok might not have the ability to stream songs, but its creators are quickly invading that territory. Hoping for another global hit, TikTok’s owner ByteDance Inc. is testing Resso, a new music app in India and Indonesia. But Resso isn’t just about streaming playlists. Instead, it tells users that “enjoying music is more than pressing play,” providing a host of tools to create content, connect with friends over songs, share tracks, and interact with lyrics. Among other things, users can upload images, videos, and GIFs (“vibes”) to share their feeling about a track, read lyrics in real-time while listening to music, select favorite quotes to share on social media, and leave comments under individual songs. All of these features personalize the music listening experience, and allow users to share their unique feelings and visuals for songs with their friends. Though Resso use is limited for now, based on the TikTok blueprint, we  expect to hear more about the platform soon. 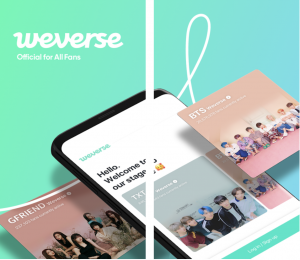 Bang Si-Hyuk is remaking the music industry with a one-stop-shop music app. The Big Hit Entertainment founder is best known for building up K-pop group BTS’s Next Level Fandom by creating ways to foster fan communities outside of traditional channels like labels. In 2019, Si-Hyuk launched WeVerse, a new app for connecting fans with each other and their favorite artists. According to Fast Company, it accumulated 2.5 million users in just two months. On WeVerse, fans can share pictures and videos of the musicians and bands they love, write messages to them, talk with other fans in the community, and access exclusive content. Those who pay to be members of a specific group will see even more, and next, e-commerce will be integrated into the experience—potentially making it a major moneymaker. Young consumers’ fandoms are powerful, and an app that plays to their desire for community and connecting with those who share their music passions has major potential.

Velour Tracksuits Are Back From the 2000s on The Viral List

People are testing out the spicy new donut at Dunkin’, meat lovers are already excited ...

Cleaning and Fancy Pots Are Trending on Social Media

As Gen Z and Millennials spend more time focusing on their home spaces, these domestic ...