The past has infiltrated the present as more Millennials look to relive their childhoods and Gen Z pretends to live in bygone eras they never experienced. Fashion brands haven’t missed a beat, as they come out with collabs featuring favorite ’90s TV characters, toys, games, and more…

Gen Z & Millennials are waxing nostalgic for decades they may have never experiences first-hand. Just look to TikTok, where teens are creating memes that take them back in time. Most recently, they’re donning frosty eyeshadow and butterfly hair clips to transform into 2000s girls, reports BuzzFeed News. And not long before that, the Daily Dot reports that TikTokers were pretending to live in a past year of their choice, creating videos that were often inspired by ‘80s romcoms and other cultural touchpoints. Plus, Friends and The Office aren’t just two of Millennials’ favorite shows, a generation that may have actually watched episodes as they aired—but also teens’, who are discovering the classics on Netflix.

This love of all-things-nostalgia has hit the fashion world in full force. U.S. News reports Friends specifically can be thanked for Urban Outfitters and American Eagle stocking up on throwback looks like crop tops and chunky shoes, straight from Rachel Green’s closet. Plus, you can find Central Perk tees at Target and Friends-themed pajamas at Walmart. And according to GQ, Y2K’s Internet Explorer logo-laden tees and velvet track suits have become coveted vintage finds, while a designer tells Refinery29 that many Millennials are “embracing [their] inner child” by wearing ‘90s era beaded bags and bows. Everything from fanny packs to tiny sunglasses has made a comeback in the past year, as Gen Z & Millennials look to the past for unique and often ugly looks. Fashion brands haven’t missed a beat, and these five have come out with collabs that nod to past decades: 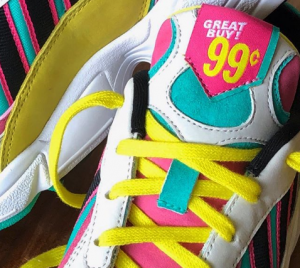 AriZona Iced Tea became a must-have streetwear accessory this year, according to Eater. The drink is coveted for its ‘90s nostalgia and southwestern aesthetic, which was actually designed by the New York-based founder’s mom. Following a collab with Supreme, the tall pink and green can has inspired a limited-release sneaker collab with Adidas. Brand stans were so excited to cop the 99-cent shoe that the pop-up where it was being sold escalated into a riot. Gothamist reports that people lined up as early as 3am, and by 9am, a full-scale riot broke out as people swarmed the line. The brands cancelled the event amid the chaos, but they’re re-releasing the coveted kicks—and this time, Geekspin reports they’ll be free. 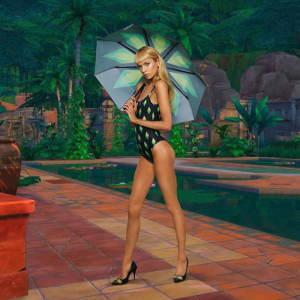 Moschino brought The Sims to life with a luxury apparel line for young gamers. According to IGN, the unexpected brand partnership between EA Games and the Italian fashion retailer features pixelated designs full of iconic symbols only true fans of the game will recognize. The Sims has collaborated on virtual outfits with the likes of ASOS before, reports The Cut, but this is the first line to leave the screen for the real world. Moschino even took their lookbook to the next level by having their models pose like a Sim would and superimposing them into scenes straight out of the Gen Z and Millennial-favorite game. The line was first introduced at Coachella, where Plumbob-covered clothing and accessories made their debut at the Palm Springs Desert Party. 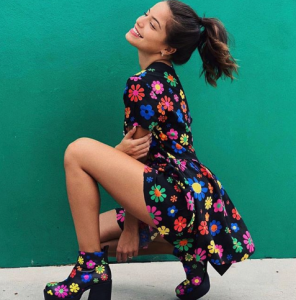 Dolls Kill has revived dELiA*s for nostalgic ‘90s lovers, reports The Cut. The quirky retailer brought back the catalog-based brand as a limited-run collection of apparel, shoes, and accessories that are available both on-site and in-store. The endless appeal of the ‘90s made some of the retro items feel surprisingly “modern,” according to one associate buyer who helped the brand “pay homage to those iconic looks”—like oversized butterfly sweaters, soda-flavored lip balms, and even a “Vintage *NSYNC Button Set.” The funky line also includes classic ‘90s looks, like platform sandals, platform sneakers, platform boots—and well, platform everything to pair with some wide-legged jeans. Hot Topic’s CEO even went so far as to tell Bustle, “Never is the sequel better than the original. Until now.” 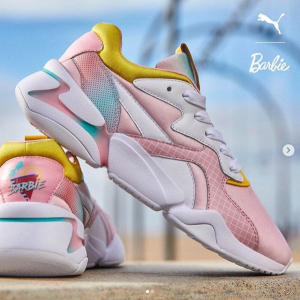 Barbie got into streetwear for a Puma collab. The capsule collection taps Millennial grownups’ nostalgia with old-school Barbie logos and prints splashed across leggings, shorts, tees, and yes, on-trend chunky sneakers. Several pieces in the line sold out before Bustle even had a chance to report on them. Interestingly, what items sold out on the site shows us what age range is purchasing the apparel, too: little kids’ shoes are still available but adult sizes haven’t been able to keep up with restocking. Teen Vogue reports that Puma X Barbie is a continuation of the athletic apparel company’s recent revival of ‘90s styles and follows another toy-themed take on the trend they debuted last year: Puma X Hot Wheels. 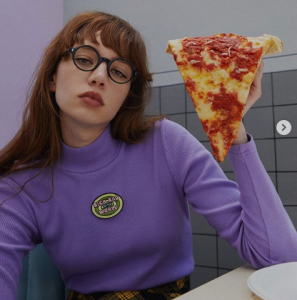 A nostalgic clothing line recently brought Daria’s nihilist attitude to life. According to Nylon, clothing brand Lazy Oaf didn’t just slap the cartoon icon’s likeness on shirts; they created clothing that the characters in Daria might actually have had in their closets, like a cardigan with “I Hate Everybody” stitched on the back. Only three products are still available on the site following the 11-piece launch that Lazy Oaf writes they were “’overcome with emotion’ to introduce,” including “I Hate Everybody” jeans, a pink butterfly crop top, and a tee featuring the character herself flipping the bird. Why does Daria still resonate? The sardonic character invokes nostalgia for those old enough to have seen her show, but her bleak outlook also time-travels seamlessly to the era of Tide Pod memes.

Supreme Is Killing It with Gen Z—Here’s What Brands Can Learn
How does this brand consistently rate as one of the hottest and coolest brands among yo...
3 Ways Retail Brands Are Winning Over Millennial Parents
How can brands keep their Millennial customers as they become first-time parents, and b...
5 Nostalgic Trends Making a Comeback With Young Consumers
Nostalgic fashion and beauty looks are being revived and stirring up strong opinions. H...