Nostalgic fashion and beauty looks are being revived and stirring up strong opinions. Here are 5 trends that young consumers pulled out of the time machine to put their own modern twists on…

Trends are cyclical, and it’s not just nostalgia driving the revival of some long-dead looks. For Gen Z and Millennials, the looks have been out of style long enough that they’ve fallen out of the mainstream. Now that their parents have hung them up, they can be dusted off and donned by those-in-the-know.

But these trends are getting a new twist for today: the next generation of fashionistas (or hypebeasts) is often rocking them ironically. Part of that ironic appeal has to do with bringing trends back to life that are intentionally “ugly.” The Wall Street Journal underlined the point by declaring that dressing like a dad “is now in fashion.” Being “aggressively unglamorous,” as Quartz calls it, stands out in a crowd for subverting the status quo because Unique is the New Cool for young consumers.

Trends are being plucked from across the decades as the fashion world and all of its dutiful Instagrammers cull through kitsch for the latest looks. The ‘90s revival is endless, with Calvin Klein and other iconic brands seeing success with the launch of logo-laden archive collections. (We looked into the resurgence of logomania in our Brandoms trend.) Racked reports that even pop icon Britney Spears is taking advantage of the moment by launching a fashion line in collaboration with Epic Rights. But the ‘80s and early 2000s are having a moment too, from the resurgence of Juicy Couture (Glossy reports they teamed up with streetwear darling Vetements) to the buzzy brand Off-White’s release of a Princess Diana-inspired line.

From beauty to fashion, here are 5 trends that have made their way back to the future to fill social media feeds and stir up controversy: 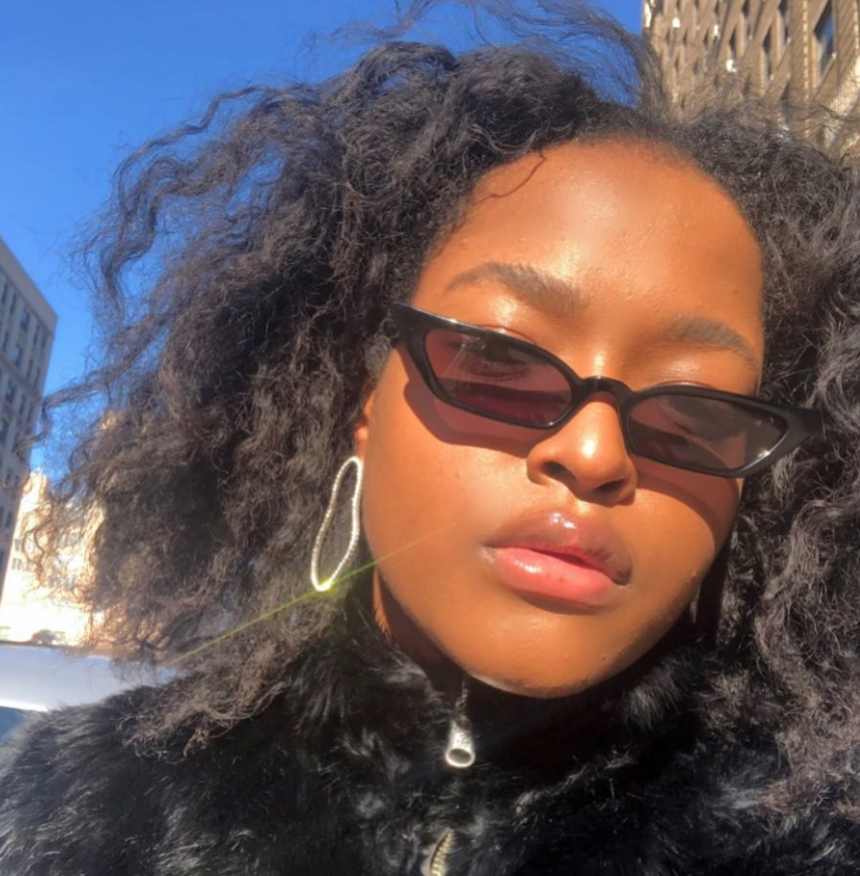 No trend on this list has inspired as much ire as tiny sunglasses. Eyewear grew larger and larger throughout the 2000s but in recent years, we’ve seen a return to the sliver-sized shades of the ‘90s. Man Repeller attributes the shrinkage to “the resurgence of dorky 90s normcore” while others trace the trend back to The Matrix. While celebrities like Bella Hadid and Rihanna, as well as any in-the-know Instagram influencer, are rocking the frivolous frames, many hate the trend. Mindy Kaling tweeted, “I think we will regret this tiny sunglasses look,” and received roughly 106,000 likes. Many think the trend only looks good on models and does nothing to protect the wearer’s eyes from the sun. But despite the backlash that Vox documents, this trend is getting new versions, both on the runway and at fast-fashion outlets like ASOS. 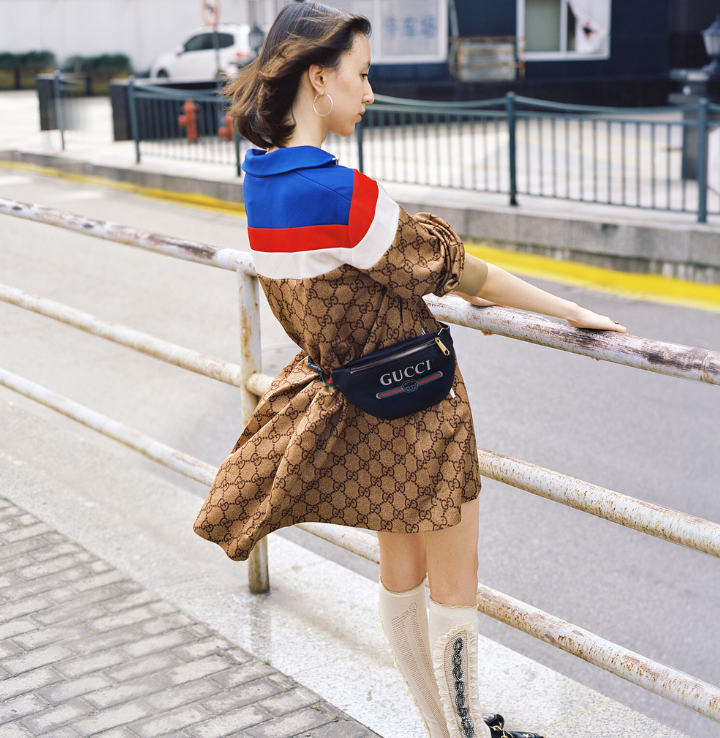 Speaking of ‘90s normcore, fanny packs are back. But these aren’t the ones Millennials’ parents wore to Disneyland. Instead, they’re getting some stylish upgrades. The Cut lists everything from a minimalist Theory belt bag to a Gucci-emblazoned look selling for over $1,000, along with athletic-looking packs and ones that evoke images of summer camp counselors. Part of the driving force behind the trend could be how gender-neutral the bag is—it’s been seen on both men and women on the runway. Quartz reported a tech firm said that “The industry has been buzzy about fanny packs/bum bags for a few seasons, but Q2 [2018] should be known as the quarter they finally became a hit…New arrivals lifted 120% and sellouts grew 359% compared to Q2 2017.” 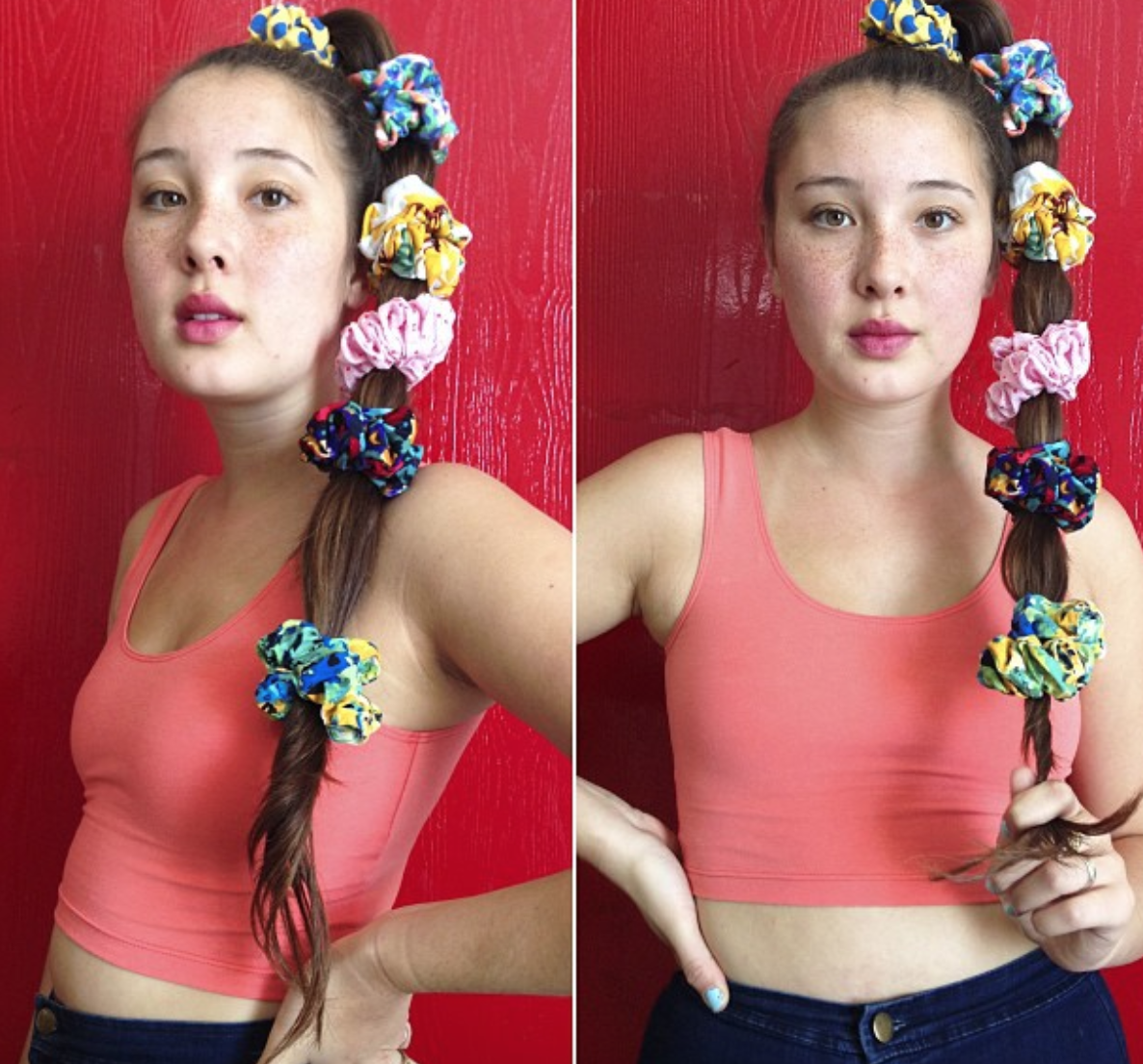 Scrunchies are making their way out of ‘80s workout videos and into modern fashion. WWD calls them “the most polarizing accessory” (though we reserve that title for tiny sunglasses) but has countless examples of the hair ware hitting the runway and fashion-forward stores. Urban Outfitters has countless collections, Balenciaga pulled back models’ hair with the accessory for their resort 2018 collection, and Comfort Objects is converting vintage Hermès scarves into pricy hair ties that they’re calling “Hair Clouds” because of “the mixed feelings [the founder] had about the scrunchie concept.” Allure also notes that the scrunchies of today aren’t as simple they used to be; instead, many feature pearls, velvet, sequins, and more. 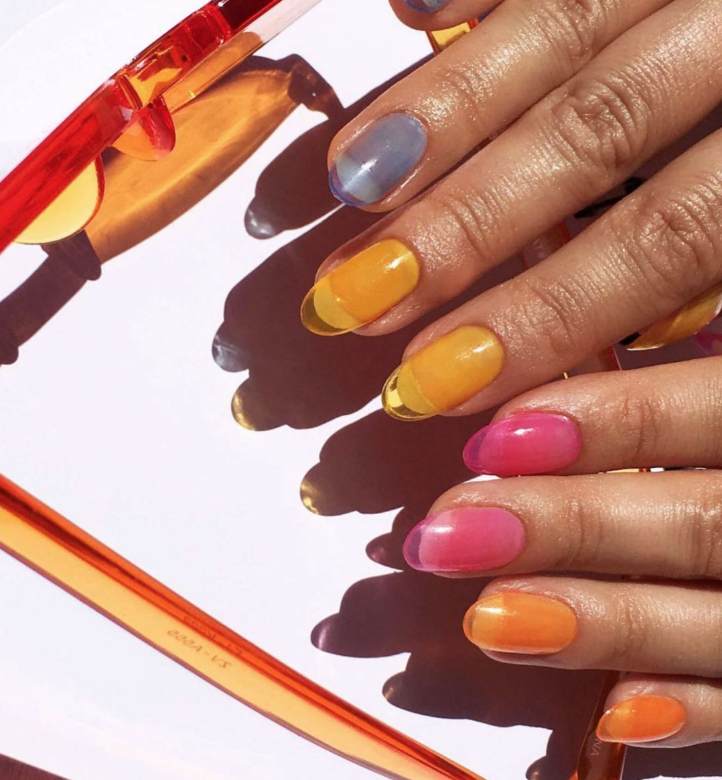 Remember jelly sandals? The ‘90s footwear has inspired a new nail trend gaining traction on social media. A post from Kylie Jenner has racked up over 4.5 million likes, while Ariana Grande’s nail artist has apparently been handling tons of requests for the new nail trend. And to prove that it’s not just celebrities applying the Lucite look, the hashtag #jellynails has over 6,700 posts on Instagram as of this article’s publishing. A nail expert explains to Refinery29 that the nails are created by applying a clear acrylic tip, adding vibrant summery shades of color, and (this part is optional) mixing in glitter or sequins. What’s driving the nostalgic nod to the ‘90s? Instagrammability, of course. 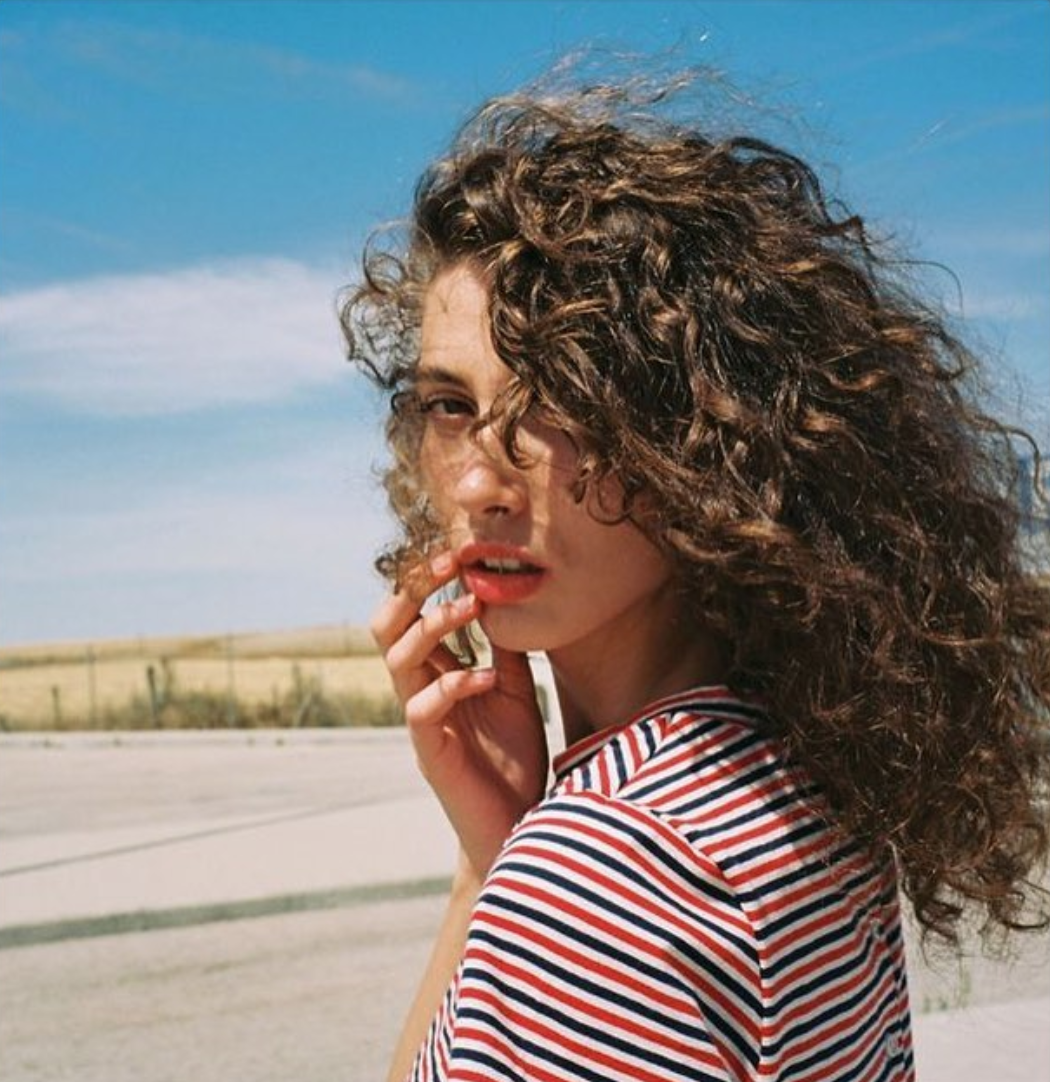 Refinery29 reports that perms are back in style—yes, we said perms—as the ‘80s come back in a big way (please refer back to the scrunchie revival). Like (nearly) everything else in beauty, young consumers are toning down the trend into a more natural look than the “the bubble perm” of the past. The fashion world is leading the way for the ‘80s revival, with models like Alanna Arrington and Mica Argañaraz showing off curly locks. Celebrities like Olivia Munn and Emma Stone have also been setting the standard for the modern perm, getting beachy looks that resemble a natural texture more so than tightly-coiled curls, according to Racked. The new perm isn’t just for those with straight or uncolored hair either. They’re less damaging to hair than those of the past and can be used to enhance and perfect pre-existing curls.

These Apps Are Turning Young Consumers’ Phones into Retro Devices

Gen Z and Millennials are using apps to transform their smartphones into retro devices,...

The past has infiltrated the present as more Millennials look to relive their childhood...

Experience-seeking young travelers are taking new kinds of trips their parents would ne...