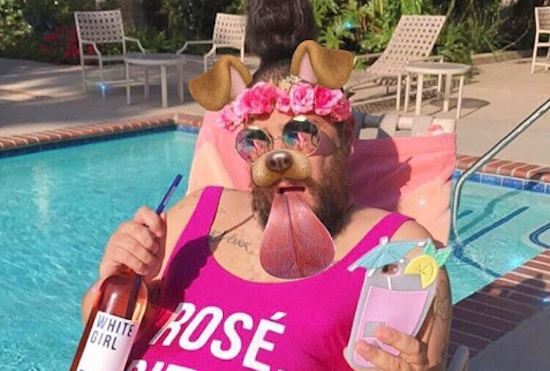 Meme accounts are making their mark on Gen Z & Millennial culture, and brands are looking to them for a marketing boost. Here are 5 that are filling social media feeds…

Internet memes have become a main mode of communication for Millennials, and especially for Gen Z, with 48% of Millennials and over half of Gen Z telling YPulse they send memes multiple times a week or more in our Talk the Talk trend. Memes can be anything from a dance (like “dabbing”) to a fashion trend (like ugly shoes), but the ones taking over the internet are typically semi-ironic jokes presented as text, GIFs, and images that people can easily copy and put their own spins on—from teens eating Tide pods to the eternally blinking white guy. And it’s easy to see how much these memes have infiltrated teens’ day-to-day. Just take a look at Meme Day, which as Select All explains, is a themed dress-up day at modern high schools.

Now, big brands are trying to speak their language. The BBC wants to win back young viewers with the launch of an app for kids under-13-years-old to create and share GIFs, quizzes, memes, and more, according to Kidscreen. Meanwhile, Facebook famously failed (again) to find a way to lure in teens with an app for scrolling memes called LOL that Mashable reports was called “cringey” and featured weeks-old meme content (an eternity in Internet time). It was quickly shut down. But trying to lean into memes isn’t always a mistake for brands: the New York Times reports that Budweiser managed to make an ad campaign (“Dilly, Dilly”) that actually became a meme, and scored tons of extra engagement. Also in recent years, many fast food brands’ Twitter accounts have gone from straightforward sales pitches to a constant stream of meme responses and reshares—and gained millions of followers in the process.

But other brands are leaving it to the professionals to create and spread content by looking to meme accounts as a new avenue for their ad dollars. One talent strategy exec explains to Digiday that “Meme accounts get such a good return on investment compared to influencers, who no longer get the same results.” Part of that has to do with their high engagement rates, but they’re also usually significantly cheaper to advertise with than individual influencers, possibly because many meme accounts recycle content rather than always creating something from scratch. In fact, there’s been a backlash lately concerning accounts that copy jokes and repost other people’s memes. But followers don’t seem to mind that they’re curating, rather than creating content. Even the biggest campaign to boycott a meme account we’ve seen yet only set F**k Jerry’s account back three million followers—which still leaves them with 14 million, according to The Atlantic.

We put together a list of five meme accounts that millions of Gen Z & Millennials are following, and using as fuel for their own conversations with their friends and family: 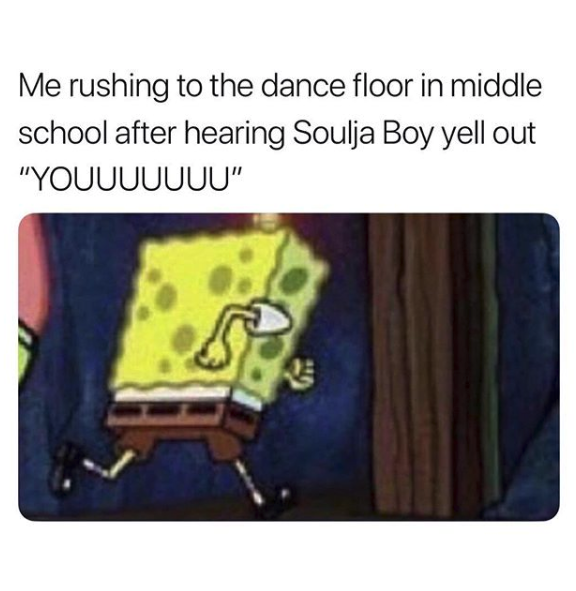 The meme account leading this list was started by a Canadian teen who was bored in class. Now, the feed is full of original memes that cater to teens and young adults, with a heavy focus on sports and SpongeBob. The mystery meme-maker has chosen to stay anonymous and as recently as 2017 he was running the account alone—but in the last year became a part of a bigger team. The Atlantic reports that the tech entrepreneurs at IMGN media connected with the admin to start his own media brand, and though they were rebuffed by the 17-year-old at first, the account was incorporated by the end of 2016—and Daquan Media was born. But to keep the account authentic, Daquan’s founder still won’t reveal his identity, and authenticity is also why he didn’t start working with brands until 2017. The founder told Forbes that Daquan only works with companies that can “actually be part of internet/pop culture,” like Burger King (famous for their Twitter clap backs), Netflix, and MTV. 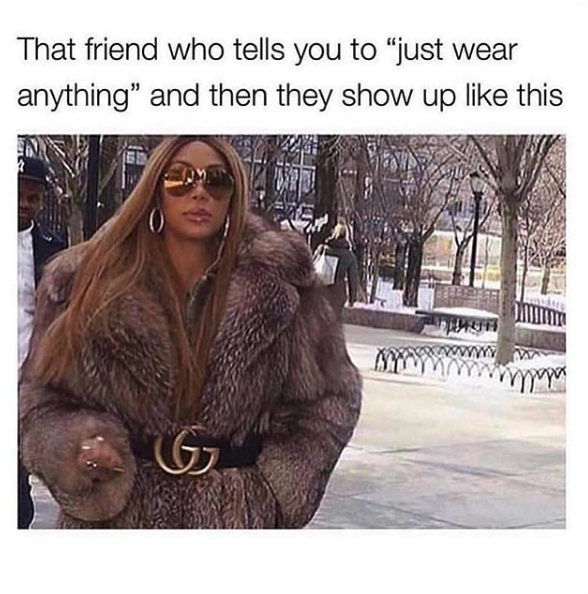 Girl With No Job

While Daquan intentionally remains anonymous, the founder of @girlwithnojob Claudia Oshry is taking an entirely different approach to get followers invested in her account. She tells Entrepreneur, “I really try to infuse Claudia and @girlwithnojob because we’re very much the same person. A lot of the time you don’t know who’s running these accounts and you don’t really care. But my mission is to make people care about Claudia just as much as they care about @girlwithnojob.” The personal approach, paired with her feed catering to young adult women seeking relatable Twitter screenshots and viral celebrity content, seems to be working: the account has three million followers and its related account, @boywithnojob is catching up. 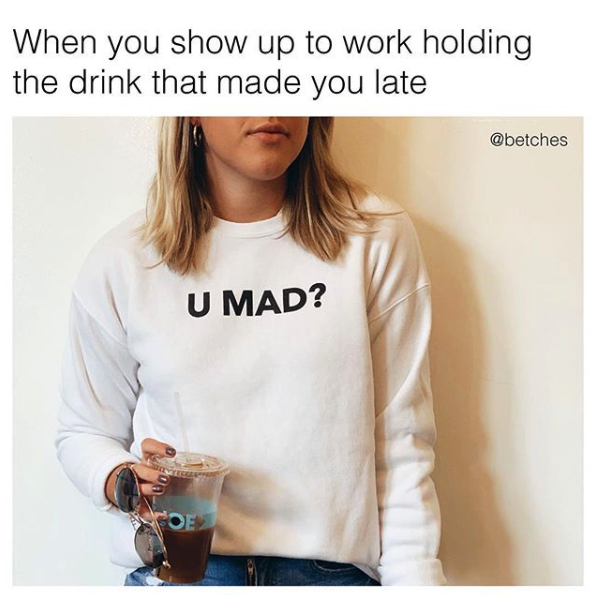 Betches started out as a WordPress blog ran by irreverent, relatable twenty-somethings and, like many of the accounts listed here, became a media brand with influence across the internet. The three founders continue to completely own the company that’s expanded to two best-selling books and, of course, their meme-filled Instagram account. According to Forbes, @betches has over 6.5 million followers, and the account has been working with brands since its early days when the college grads needed their pet project to start bringing in revenue. Since then, they’ve moved from one-off posts to long-running brand collaborations, like partnerships with Bumble, Hinge, and MTV. Like @girlwthnojob, the account appeals to career-focused women, featuring plenty of celebrities as well as tie-ins to their own content across social media. 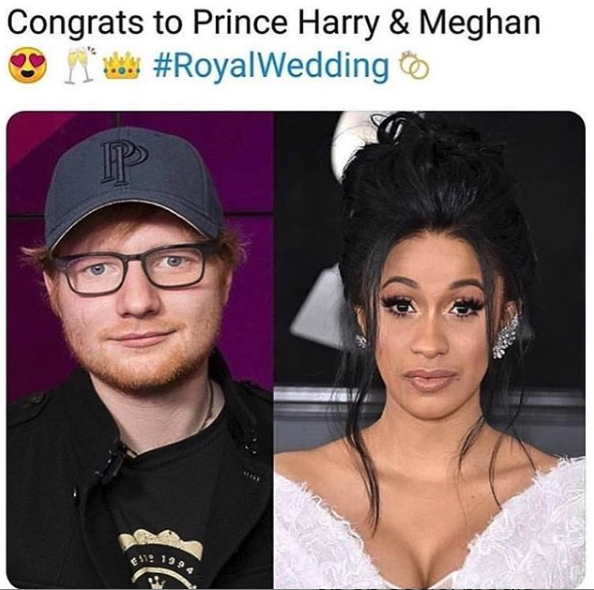 The Fat Jewish aka Josh Ostrovsky built an Instagram following of over 10 million, and then parlayed it into a multi-faceted career. The account is known for sarcastic commentary about already-viral memes, with more celebrity and pop culture content than any of the other accounts in this list. But Ostrovsky is doing a lot more than posting to Instagram these days: he has a wine company (White Girl Rosé), a book, and more. Why has he expanded beyond Instagram? Because CNN reports he thinks that influencer marketing has passed its peak. Business Insider reports that when he does work with brands instead of self-promoting his own business interests, he’s picky and puts content first—which goes for most of the influencers on this list. They all built their followings by having the best content and aren’t about to overlook that for some extra cash. 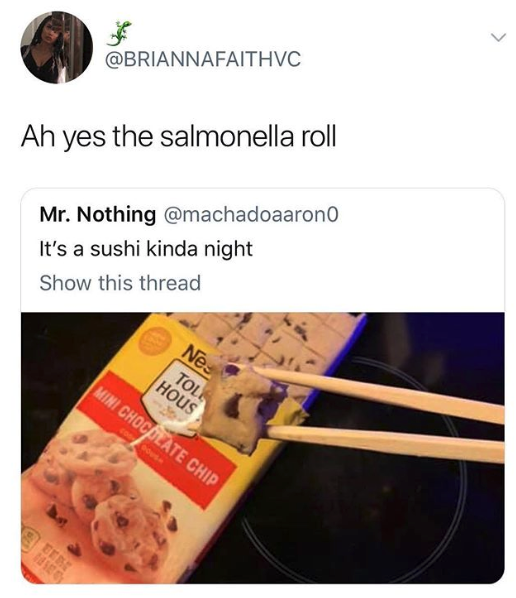 What started as a hobby for founder Elliot Tebele now has over 14 million followers on the original @fuckjerry account, and has become a media empire. Altogether, Forbes reports that Jerry Media has over 20 different social media accounts with a combined total of 40 million followers. Of course, right now the brains behind Jerry Media are facing a lot of flack on two fronts. The Verge reports that the account is getting backlash for recycling jokes, which isn’t surprising considering they often curate content rather than create it. Their feed is full of screenshots of other social media posts that errs on the irreverent and downright silly side. In addition, outlets like Gothamist are calling out the media company for the role it played in promoting Fyre Festival—and the subsequent Netflix documentary. PS: @beigecardigan is the girl-centric version of F**k Jerry, run by Tebele’s wife, reports Glamour.