4 Beverage Trends That Young Shoppers Will Be Buying in 2019

Soda sales are in a downward spiral, but that doesn’t mean young shoppers aren’t spending big on beverages. Here are 4 trends that will fill Gen Z & Millennials’ fridges in 2019…

Young consumers have made their mark on the beverage industry. Just ask soda makers.

Sales of sparkling water, one of Millennials’ favorite things to drink, have more than doubled in the last four years and at the same time, soda sales have plummeted, hitting a 30-year low in 2016. Young consumers have increasingly gravitated more towards sugar-free, all-natural, and sparkling drinks—elevating some (ahem, La Croix) to cult status while legacy soda brands scramble to play catch up.

Last year, Pepsi launched their La Croix competitor, bubly, an Instagrammable sparkling water brand sold in bright, cheerful cans featuring personalized messages. They also made the big move of purchasing SodaStream as they switch from sugary to sparkling. Meanwhile, as Forbes reports, Coca-Cola is rolling out a new lineup of non-soda drinks aimed at young consumers. So far, they’ve confirmed they’re coming out with a bottled cold brew coffee, an alkaline water, and a vegetable blend juice for health-conscious young consumers. The rollout is part of overall efforts from the company to become a “total beverage company.”

It’s not just soda that next generation consumers have turned their backs on. YouGov found that the percentage of 18-34-year-olds who said they’ll buy iced tea dropped from 23% in 2016 to 18% today. Meanwhile, kombucha sales boomed by 34% last year. Seltzer. Kombucha. Almond Milk. All trends fueled by Gen Z’s and Millennials interest in healthifying their diets, using alternative ingredients, and trying new flavors. So what are they pouring next? Here are four beverage trends to watch: 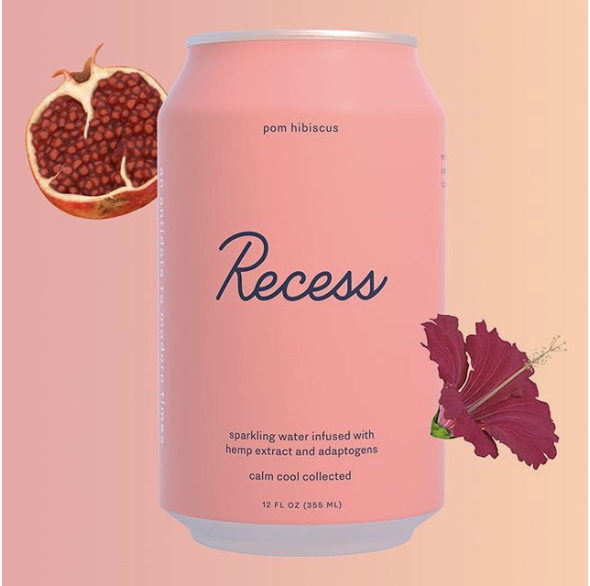 We know—we can’t stop talking about CBD. But there’s good reason! As we wrote in our trend Cannabis Infusion, the ingredient of the moment is on the precipice of being a craze across industries, from beauty to wellness to, yes, beverages. Young consumers are looking for healthy stress relief, and CBD infused beverages are promising a safe, tasty dose of anxiety relief—in a can. According to Eater, cannabis-infused drinks can look forward to high times in 2019—it’s a trend that’s sweeping the industry, despite the fact that legalization makes the use of the ingredient questionable in many places. Small brands like Tarukino and California Dreamin’ have made a name for themselves with CBD and THC-laced apple ciders and sodas, and now major names are stepping in with everyone from Constellation to Molson Coors is looking to take a hit of the cannabis cashflow. Esquire reports that Budweiser plans to make cannabis-infused beverages, and Anheuser-Busch InBev is partnering up with Canadian marijuana company Tilray to create non-alcoholic CBD drinks. Recently, Coca-Cola made a major investment in Dirty Lemon, a brand known for their CBD products. The New York Times called CBD-infused sparkling water Recess “the ultimate Millennial beverage,” and Fast Company reports that there’s a race to be “the LaCroix of cannabis.” It’s clear, legalization questions or not, this trend is not stopping. 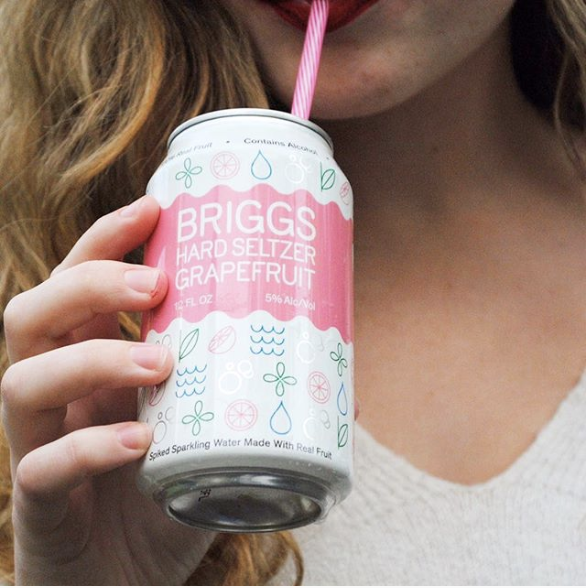 The seltzer trend is now hitting the spirits industry. According to Gartner, hard seltzer revenue skyrocketed over 400% over the past 18 months. White Claw leads the way for the category with top-of-the-results organic search (they’re the number one Google result for “hard seltzer”) and a social media presence that focuses on health and wellness-related imagery. Sparkling water is already one of Millennials’ favorite things to drink, and its hard version could rise through the ranks of their top alcoholic beverages. And if hard seltzer can be a thing, at least one brand is hoping that hard water will be too. AdAge reports that Fifco USA, maker of Genesee and Labatt, is introducing Pura Still—flavored still water with the alcohol content of a light beer. Meant to appeal to “health-conscious drinkers” who don’t want bubbles (and bloating), Pura comes in blackberry mango, and mandarin orange flavor and includes coconut water as an ingredient. The brand is another example of alcohol products focused on wellness. 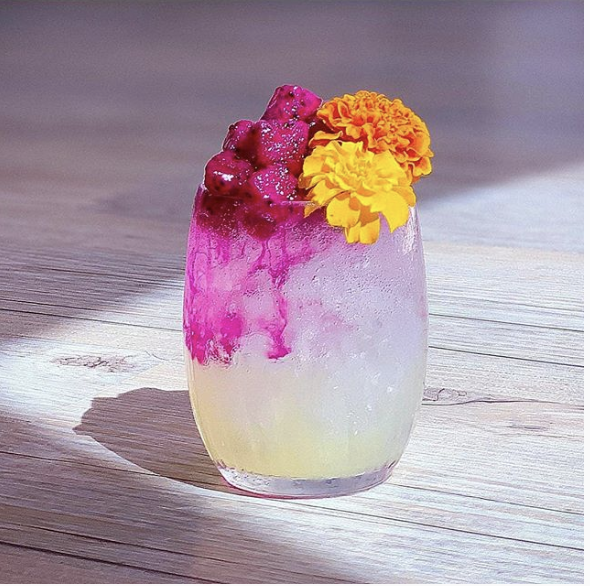 No, it’s not a contradiction. While some brands are going low-alcohol, no-alcohol drinks are trending in bars, where young consumers are ordering glasses of booze-free concoctions that layer flavors, but leave out the hard stuff. In August 2018, Grub Street announced that the age of the “$15 mocktail is here” as bars add complex nonalcoholic options to their menus to give young “nondrinkers” more options. The rise of mocktails is a clear indication that Millennials’ moderation is starting to impact businesses. According to Pinterest’s report forecasting trends for 2019, “People are ditching the alcohol and opting for a sober life, turning to Pinterest for motivational quotes and non-alcoholic drink ideas.” They say that searches for “sober living” on the platform are up 746%. AdAge writes that “‘The moderation movement is “absolutely impacting beverage alcohol sales,’” as Millennials and “entry-level drinkers” drink less overall. Oh, and “mocktail” made the list of Merriam-Webster Dictionary’s new entries last year—so you can expect this trend has some staying power. 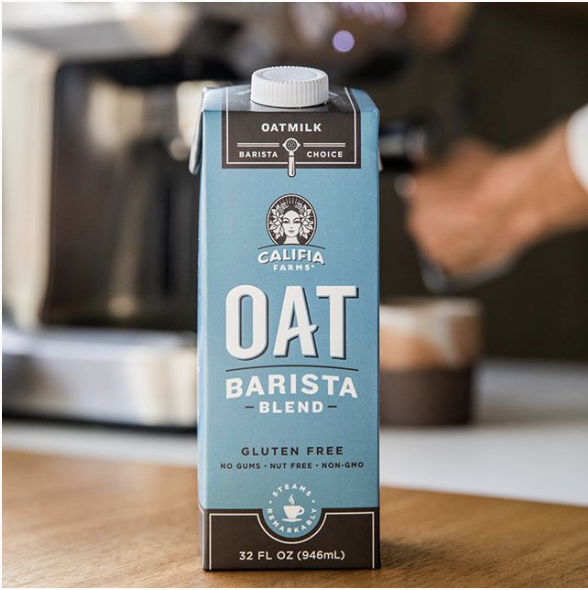 Oat milk is the new almond milk, with sales skyrocketing 425% over the past year—according to Square and Refinery29. Millennials’ interest in vegan options fueled the rise of milk alternatives, and this year the global market for dairy-free drinks is expected to reach $16.3 billion. Oat milk has an environmentally friendly edge over competitors, too. One 23-year-old oat milk convert explains, “It takes three gallons of water to grow ONE almond, and my conscience couldn’t handle that.” The buzzy beverage is earning a better reputation among eco-conscious Millennial & Gen Z shoppers. Bloomberg reports that it became a barista favorite in 2018, mainly thanks to industry upstart, Oatly, which is opening a new factory to up their production. But big brands like Pepsi Co.’s Quaker Oats, Danone’s Silk, and Califia Farms are all getting in on this grain-based trend too.

North America
These Food & Bev Trends Are A Hit During Quarantine—Here’s What They Say About What Comes Next
These food and beverage trends are a quarantine hit and helping turn cooking at home in...
North America
5 Food & Bev Trends to Watch in 2020 (That Aren’t Plant-Based Meat)
Sure, everyone is predicting plant-based meat will be big in 2020 (as it was in 2019)—b...
North America
How 2019 Became the Year of Hard Seltzer
Young adults have been shaking up the alcoholic beverage industry, making hard seltzer ...