This Startup Is Selling Out Its Oddly Satisfying Events 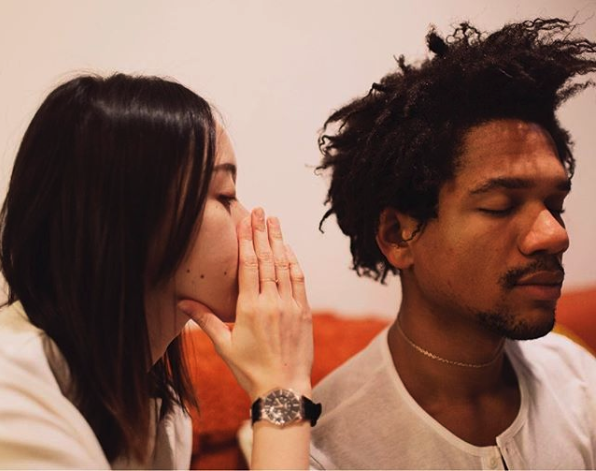 Why are people paying to be blindfolded as strangers whisper in their ears? One startup is turning an internet sensation into an oddly satisfying IRL experience…

If you haven’t heard of ASMR, you’re missing out on the internet trend that just seems to keep growing. Short for autonomous sensory meridian response, ASMR is described by one Urban Dictionary contributor as, “A feeling that is produced when listening to certain sounds and/or looking at certain visuals.” The tingling sensation is often induced by watching videos that can vary from soap-cutting (which is exactly what it sounds like) to sleep-inducing whisper videos (dubbed “whisper porn”) to videos where people make slime, or even eat ice. Brands have gotten in on the trend, too, with IKEA’s surprisingly on-brand 25-minute ads showing someone running their hands over cotton sheets and KFC’s anxiety-calming videos of “frying chicken, simmering gravy and sizzling bacon.”

Thus far, a screen has separated ASMR fans from the surprisingly satisfying snippets that they view in the privacy of their own homes. But Whisperlodge is betting that Millennials & Gen Z want to come out from behind their screens and experience the internet trend in real life. At their pop-up locations, MarketWatch reports that participants are blindfolded and brought into an apartment with themed rooms where they can, for example, have a makeup brush rubbed on their face. Though some ASMR activities are oddly intimate, Whisperlodge thinks that young consumers’ penchant for in-person experiences can overcome any initial awkwardness. Reviews on the novel experience have been mixed, with BuzzFeed News writing they “hated it” and Mashable reporting “it got intimate real fast.” Regardless, Whisperlodge’s events consistently sell out, sans a single marketing dollar to drive hype. Due to high demand, they’re planning on expanding their foothold in California, where Whispers On Demand already lets San Franciscans get curated ASMR experiences at home. They also saw success when they teamed up with another popular pop-up, Refinery29’s 29 Rooms, and plan to continue their collaboration.

To find out more, we spoke to Chia Lynn Kwa, who wears many hats at Whisperlodge, including NYC Production Manager and performer:

Ypulse: Who is Whisperlodge’s core audience?

Chia Lynn Kwa: We started out in 2016 with a lot of immersive theatre goers, but the more mainstream press coverage we get, the more ASMR fans we reach!

The ASMR movement started online and is still mainly consumed through online videos, so they’re mostly curious about what ASMR can feel like when performed to them in person. I’ve been told that it can feel more intense than watching the videos, which makes sense; in addition to the visual and binaural audio aspects that an ASMR video can offer, our live ASMR shows also brings touch, emotional intimacy, and true interaction into play.

YP: Why do you think young people are interested in ASMR today?

CK: I think the biggest factor is access. ASMR has never been more well-known and easily accessible thanks to the internet. Occasionally we hear from people in their 50s or later that find us and share that since childhood they’ve felt relaxed when experiencing certain things, but because they didn’t have a name for it, they weren’t able to talk about it or seek out more of it. Now that they know how to refer to it, they can begin the process of discovery that younger folks do now: watching the videos, reading about it, exploring their relationship with it.

A lot of people also tell us that they use ASMR to relax and calm their anxieties, so I imagine the stress and uncertainty of being an intersectional human in any country in 2018 also drives people to find an affordable and safe way to self-soothe.

YP: Why do you think young consumers are interested in having this experience in real life?

CK: ASMR practice is inherently a three-dimensional experience that is compressed into a flat, 2D format in order to be consumable on the internet. The internet may have facilitated the forming of a community around it in a way that wasn’t possible before, but the sensation of ASMR predates this community and is not native to it.

Take the filming of an ASMR video: the ASMRtist sets up a camera and binaural microphone in order to capture the experience of being right there in the same room as them for a million users that physically cannot be there. Imagine how much more information you can get if you could be right there when they were performing! Their body language, the gentle pressure of their breath in your ear, the smell of their perfume. Whisperlodge tries to cut out the digital middleman by bringing our guests real performers in real time with real objects.

YP: Do skeptics ever go to Whisperlodge?

CK: We’ve had a few! The most memorable one for me was a BuzzFeed writer who attended as part of an episode on ASMR for a Netflix series about internet culture. I guess it makes for good TV to provoke, because the editorial perspective seemed designed to position ASMR as something shameful and salacious from the start—from the YouTube clips they chose to showcase ASMR to the tone of the questions they asked a famous ASMRtist. Don’t get me wrong, sexual ASMR is a subcategory that some seek out…but it’s a minority and not representative of the ASMR community as a whole. It’s definitely not on the Whisperlodge menu.

The writer later published a long form piece about her experience at Whisperlodge that I felt was more balanced. She admitted that live ASMR in the way we practice requires more vulnerability than she was willing to give and concluded that she personally preferred the one-sidedness of watching ASMR videos alone in private.

YP: Do you think ASMR experiences will get more popular?

CK: From a marketing perspective, I see a lot more ASMR content put out by mainstream brands like IKEA and W Magazine, but there are people who are still getting used to the idea that someone whispering in your ear could be relaxing. From a business standpoint, ASMR videos have been around for 10 years now, and people are still watching.

YP: Can you tell us about the collaboration with Refinery29’s 29Rooms?

CK: We teamed up with Refinery29 to design a multi-sensory tunnel that guests must experience without sight. Through sound and touch, we created a sense of different environments: a long queue, an ancient rock cave, a waterfall, and a sunny garden.

Our goal was to make the audience be present in the moment rather than distracted by their phones. By blindfolding them, we wanted to make them fill in the visual details with their mind’s eye—and fully understand the power of their senses to transport them to a different world. 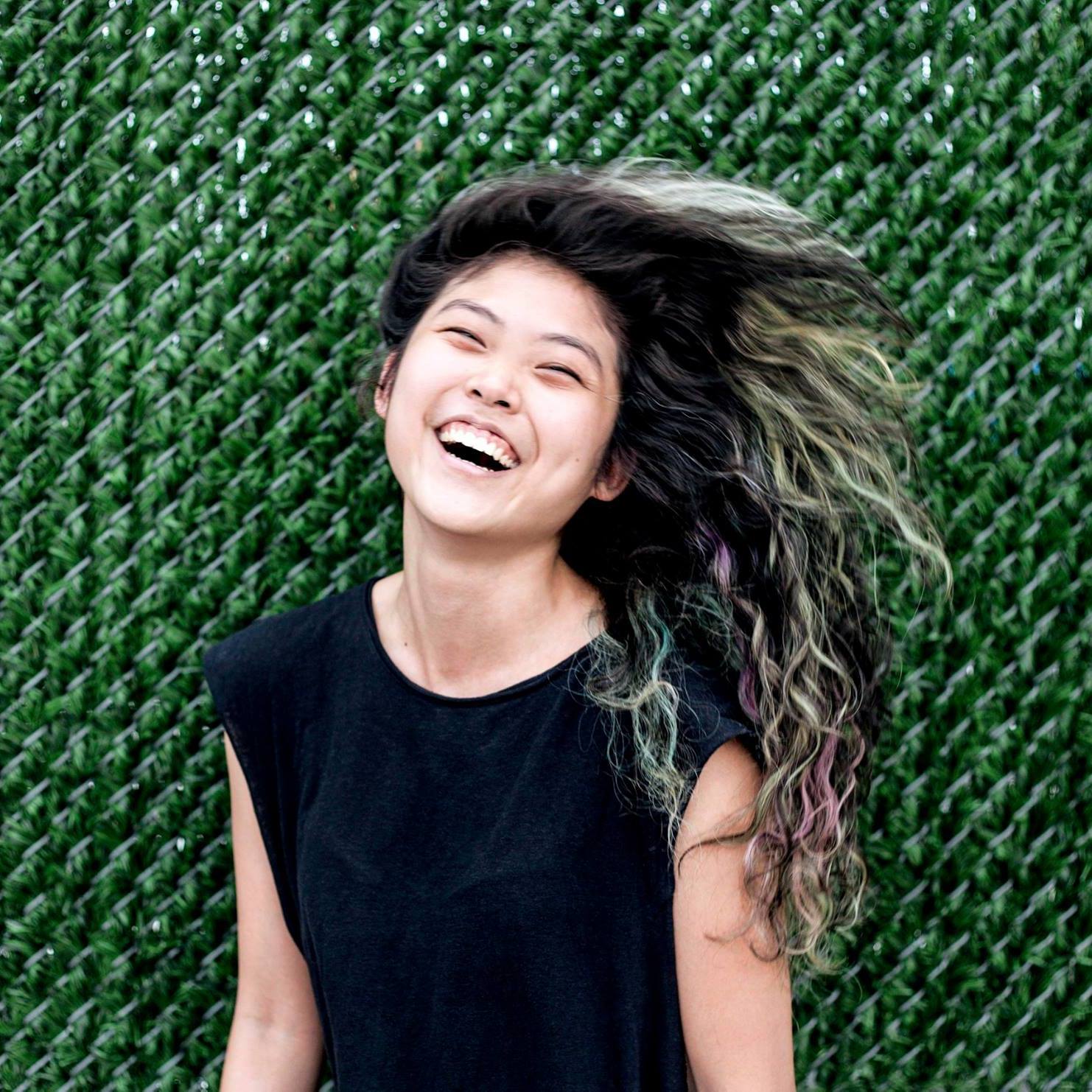 By night, Chia Lynn Kwa is the NYC Production Manager, Design Director, photographer, and a performer at the cult immersive hit, Whisperlodge. By day, she hustles as a graphic designer and photographer.