#DeleteFacebook is gaining traction on social media and Google searches, a body positive post inspired a viral Instagram account, eating ice to soothe is the next rising ASMR trend, and more popular stories from the web:

Breaking news that the data of over 50 million Facebook users was in the hands of Cambridge Analytica—a data-analytics firm with ties to Donald Trump’s 2016 presidential campaign—sparked the #DeleteFacebook movement. According to Digimind, as of Wednesday #DeleteFacebook had appeared 90,000 times on social media since the Friday before, and those mentions now include big names in the industry like WhatsApp cofounder Brian Acton and Elon Musk who have tweeted out their stances against the social platform. Although it is unclear how many users actually ditched the site (a feat many users are now learning is easier said than done) Google Trends data shows that “there are more searches for ‘delete Facebook’ now than any other time in the past five years” in the U.S. Zuckerberg himself says he has not seen a “meaningful” change, and added “but, you know, it’s not good.”

An actress’s body positive post led hundreds to follow suit, inspiring an Instagram account that is racking up followers. The “I Weigh” movement started when The Good Place star Jameela Jamil expressed outrage at a post that showed the Kardashian-Jenner women and what each apparently weighed with a caption asking, “what weight are you?” In response, Jamil created a similar image of herself, but instead of listing pounds, she listed “all of the positive ways she measures her worth,” like “lovely relationship,” “great friends,” and “I love my job.” The post went viral with close to 30,000 likes on Twitter and inspired many others to post similar photos, which are now being uploaded into the Instagram account i_weigh. Jamil says the account is “For us to feel valuable and see how amazing we are, and look beyond the flesh on our bones.”

From molding slime to whispering to soap-cutting, the next rising trend within the massively popular ASMR category is eating ice. Thousands of videos, many created on Chinese video-sharing app Kwai, are popping up under the hashtag #IceEating where mostly women are chomping down on frozen liquids sometimes in various shapes and colors. Autonomous sensory meridian response, which is defined “as a tingling sensation on the skin that happens after hearing certain sounds,” has inspired a host of viral videos aimed at soothing the most stressed, anxious generations to date. Teeth grinding down on ice is apparently prompting a relaxed response, although the trend has also taken a competitive turn with people trying to eat the ice as quickly as possible. 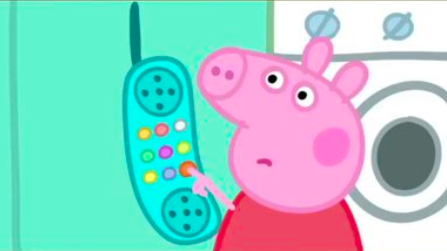 A scene from a popular British kids’ show has inspired a meme being hailed as “almost as good as Arthur’s angry fist.” Peppa Pig follows the story of little Peppa Pig and the rest of her animal friends as they take on many issues children may face. One particular scene, shared by @elzbthxo_ on Twitter and prompting over 300,000 likes, showed Peppa calling her friend Susie Sheep to vent about the fact that she can’t whistle. At first Susie says she’s in the same boat, calming Peppa, but then pulls off a whistle in her first attempt. In response, Peppa “goes all bug eyed” and hangs up the phone, creating an iconic and relatable image. Users have been tweeting the screenshot of angry Peppa as a response to a range of situations, like receiving a call from a telemarketer, hearing from your mother that she will be home early, and dealing with an awkward romantic situation. 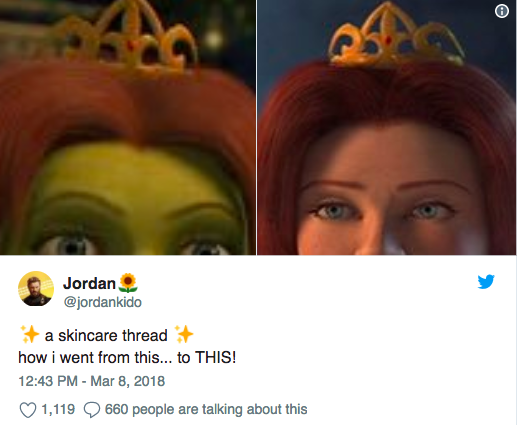 A woman reminds followers love isn’t based on size, fans are upset at Kylie Jenner for promoting a waist trainer after pregnancy, a skincare routine that uses images from Shrek goes viral, and Black Panther had more tweets than any other movie in history.