Gen Z & Millennials Think These 7 Brands Are Cooler Than Apple 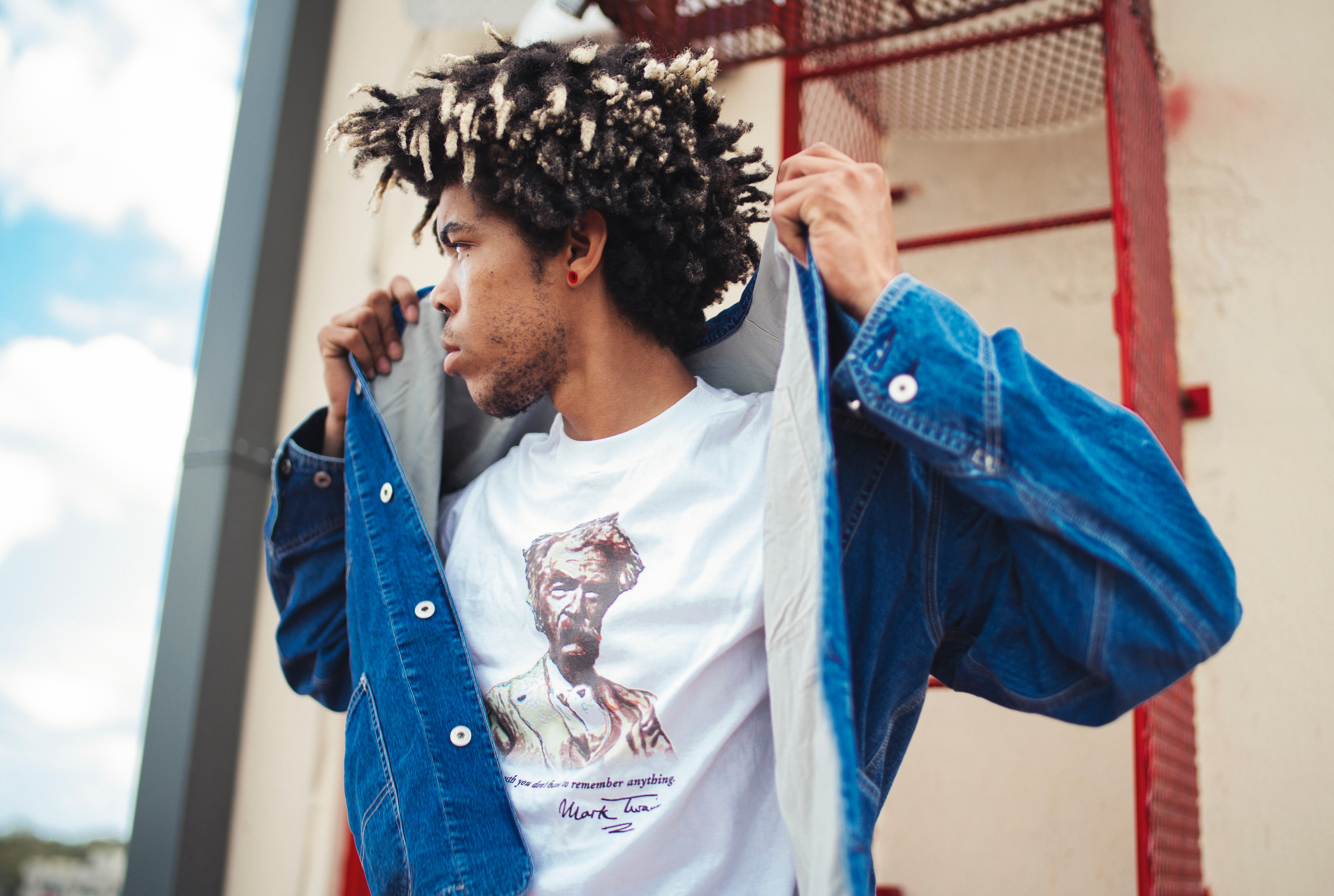 Our youth brand tracker reveals 15 of the coolest brands right now, according to Gen Z and Millennials…

Earlier this year, Under Armour came under fire from shareholders for allegedly committing a fatal brand sin: becoming uncool. The brand had to defend itself against the accusations that young consumers no longer saw it as cool and innovative, and though we found that Gen Z and Millennials weren’t abandoning the athletic wear giant, the rumors cast a dark cloud over their future prospects.

Such is the power of coolness—especially in the world of youth brands. Brands across industries are constantly chasing the concept, trying to infuse their products and personas with coolness by tapping into the latest trends, and battling to be considered the coolest one in the room. It’s an elusive competition—and the real winners right now might surprise you. Apple has long been considered the pinnacle of cool brands, with young consumers clamoring for their products and proud to be considered Apple users. But are they the coolest brand in the eyes of young consumers?

Our youth brand tracker Ybrands, which launched in January of this year, has collected over 51,000 interviews that tell us how young consumers feel about more than 300 brands. We’ve previously looked at their favorite food brands, personal care brands, and the clothing brands they think are the coolest—but how do brands across various industries stack up against one another in terms of coolness? We looked at the most recent data to see who Gen Z and Millennial consumers think are most cool, right now: 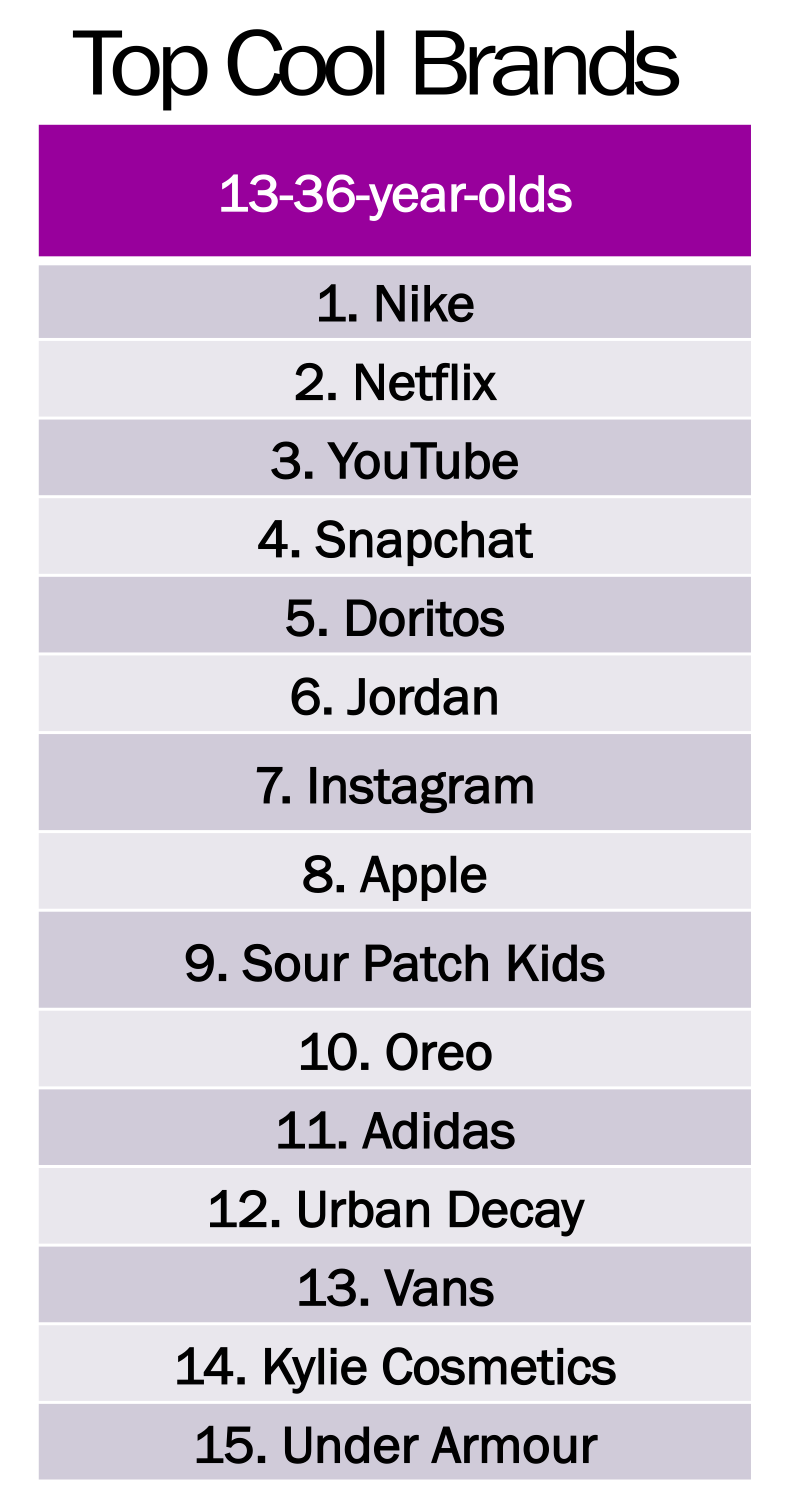 *The YPulse youth brand tracker measures young consumers’ relationships with a brand based on a weighted 6-point scale, ranging from “Never heard of this brand” to “This brand is one of my favorites.” As part of Ybrands’ “Brand Personality” metric, we also ask respondents “Which of the following are cool?” These are the top brands that were rated “cool,” among those who are aware of the brand. The brands on this list are among the 271 brands included in the brand tracker as of 10/9. Rankings are subject to change as more brands are added and removed.

Though Apple consistently ranks as a top favorite brand among young consumers, and actually ranks as the top innovative brand among 13-36-year-olds according to Ybrands data, there are actually seven brands that are considered more cool right now: Nike, Netflix, YouTube, Snapchat, Doritos, Jordan, and Instagram. Nike is at the top of the coolest brand list. They also took the crown in the coolest clothing brand ranking earlier this year, and made the top of our list of logos that young consumers would actually want to wear—but their place on the top of this list shows that their clout beats out even hot brands in other categories. Interestingly though, Nike’s cool score isn’t the highest among all age groups: 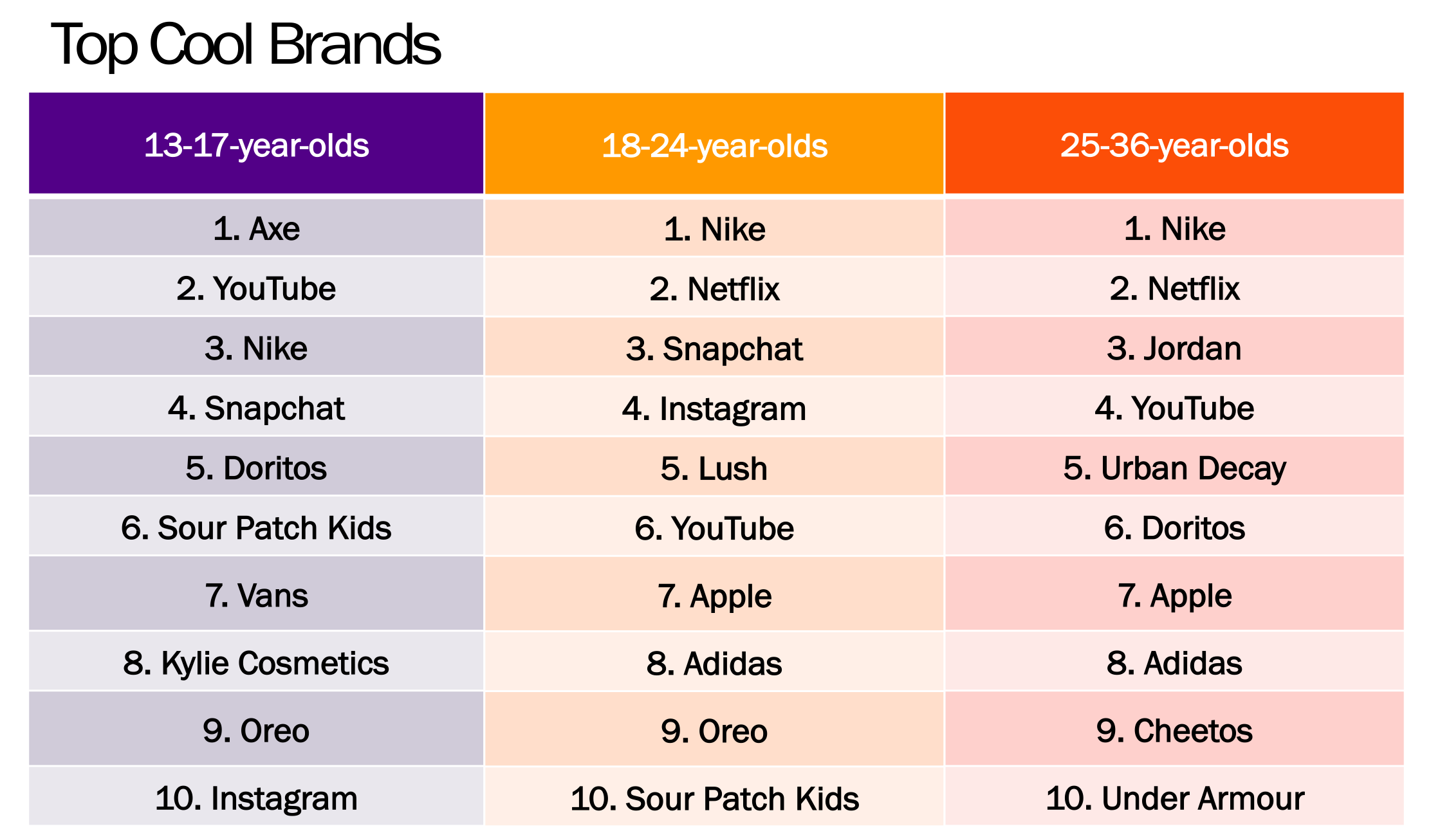